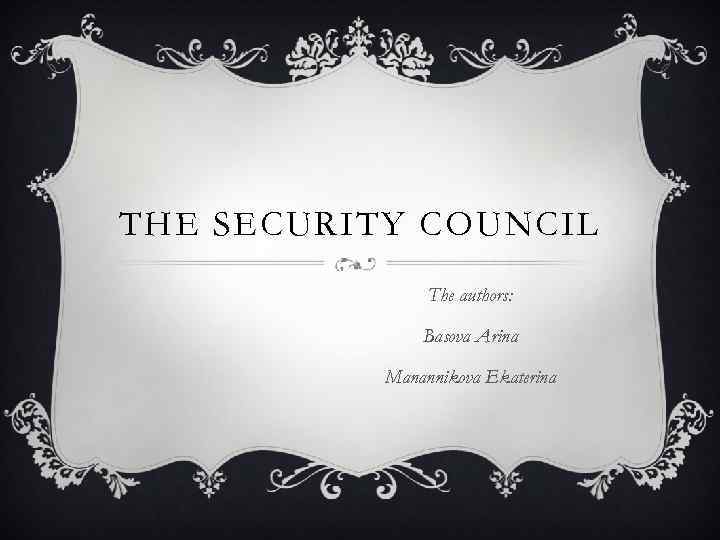 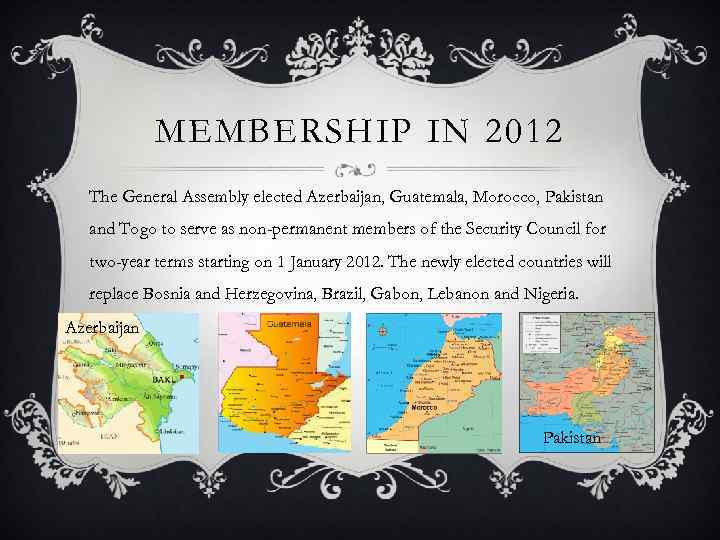 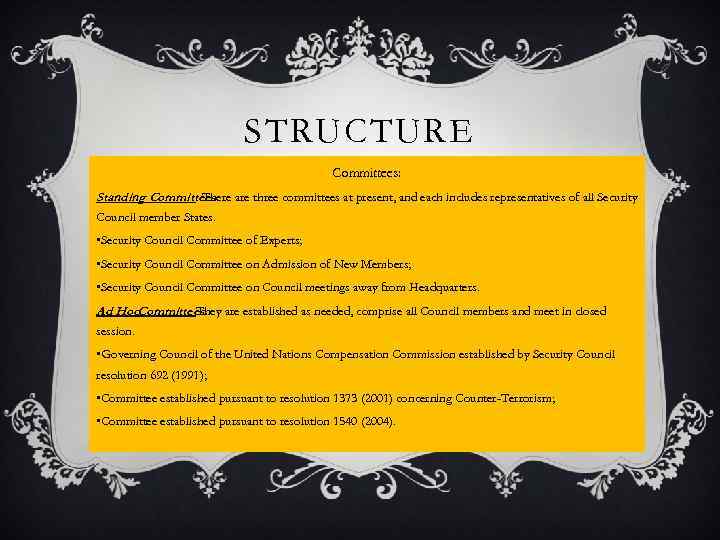 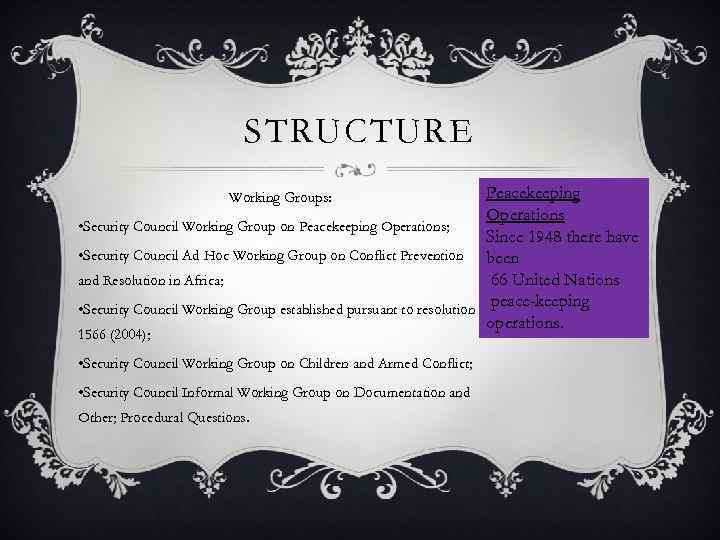 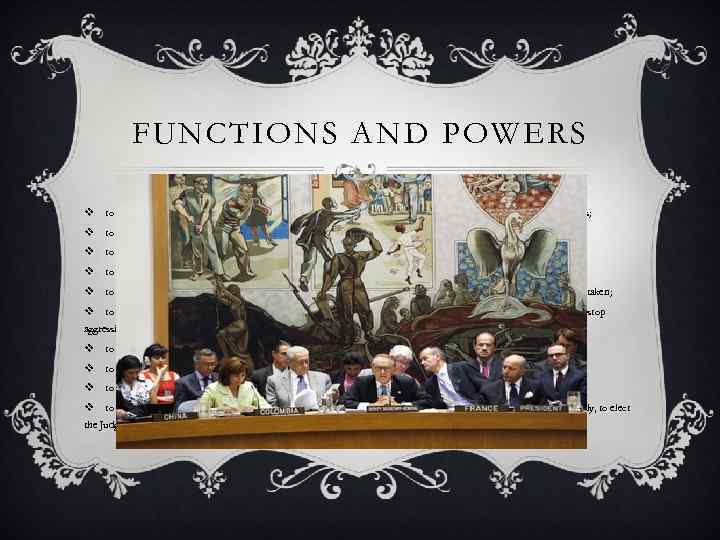 BACKGROUNDS v The Security Council has primary responsibility, under the Charter, for the maintenance of international peace and security. It is so organized as to be able to function continuously, and a representative of each of its members must be present at all times at United Nations Headquarters. On 31 January 1992, the first ever Summit Meeting of the Council was convened at Headquarters, attended by Heads of State and Government of 13 of its 15 members and by the Ministers for Foreign Affairs of the remaining two. The Council may meet elsewhere than at Headquarters; in 1972, it held a session in Addis Ababa, Ethiopia, and the following year in Panama City, Panama.

MEMBERSHIP IN 2012 The General Assembly elected Azerbaijan, Guatemala, Morocco, Pakistan and Togo to serve as non-permanent members of the Security Council for two-year terms starting on 1 January 2012. The newly elected countries will replace Bosnia and Herzegovina, Brazil, Gabon, Lebanon and Nigeria. Azerbaijan Pakistan

ABOUT THE COUNCIL v The Presidency of the Security Council is held in turn by the members of the Security Council in the English alphabetical order of their names. Each President holds office for one calendar month. v Ten non-permament members, elected by the General Assembly for two-year terms and not eligible for immediate re-election. The number of non-permanent members was increased from six to ten by an amendment of the Charter which came into force in 1965.

FUNCTIONS AND POWERS Under the Charter, the functions and powers of the Security Council are: v to maintain international peace and security in accordance with the principles and purposes of the United Nations; v to investigate any dispute or situation which mightlead to international friction; v to recommend methods of adjusting such disputes or the terms of settlement; v to formulate plans for the establishment of a system to regulate armaments; v to determine the existence of a threat to the peace or act of aggression and to recommend what action should be taken; v to call on Members to apply economic sanctions and other measures not involving the use of force to prevent or stop aggression; v to take military action against an aggressor; v to recommend the admission of new Members; v to exercise the trusteeship functions of the United Nations in "strategic areas"; v to recommend to the General. Assembly the appointment of the Secretary-General and, together with the Assembly, to elect the Judges of the International Court of Justice.