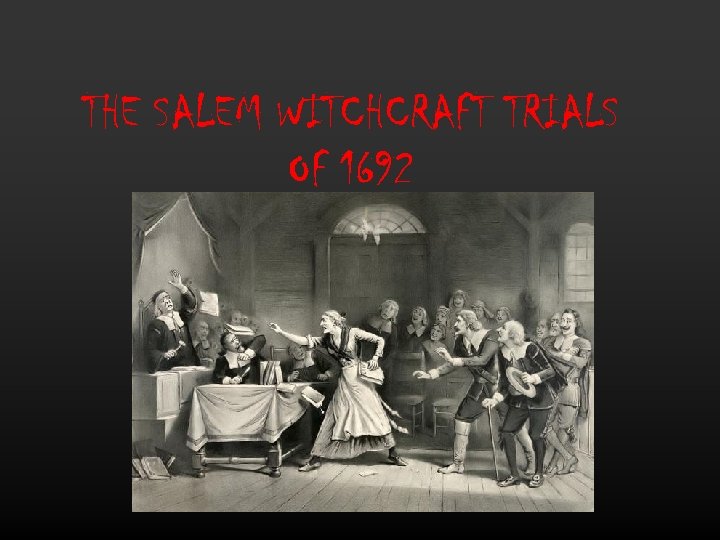 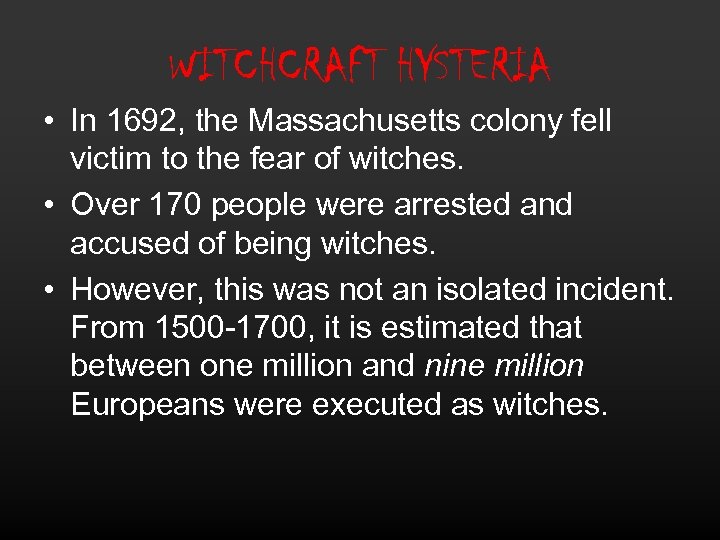 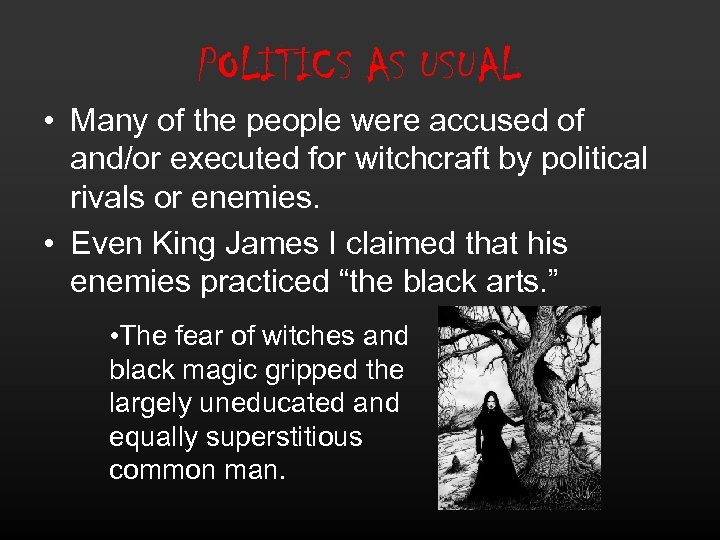 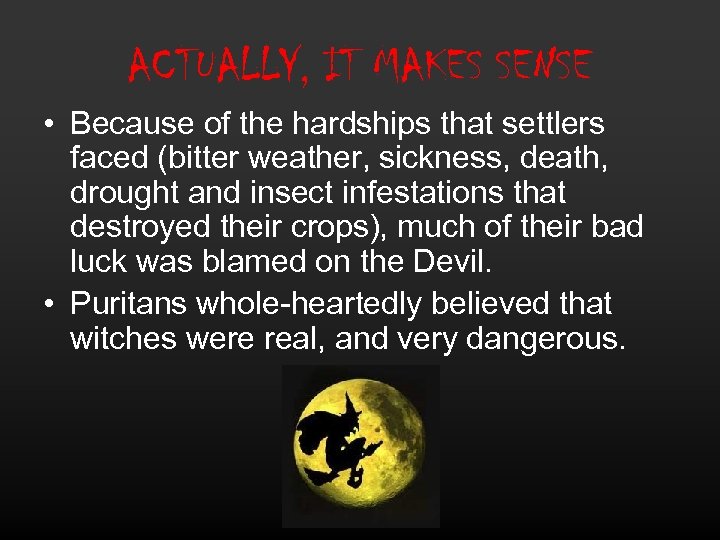 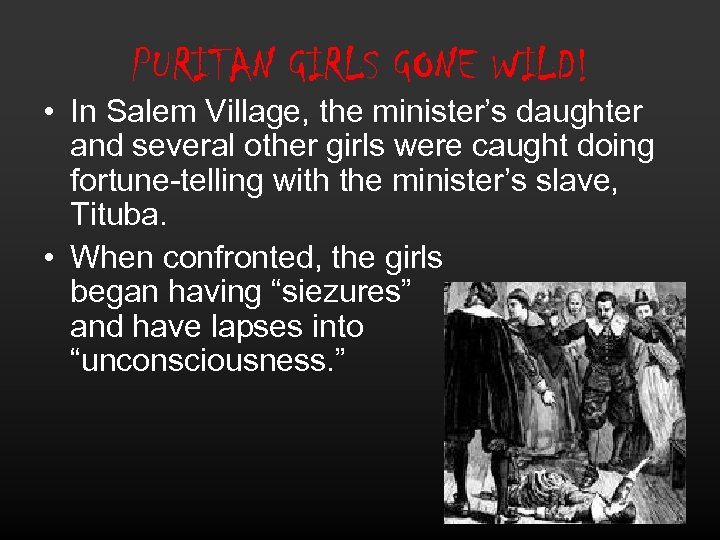 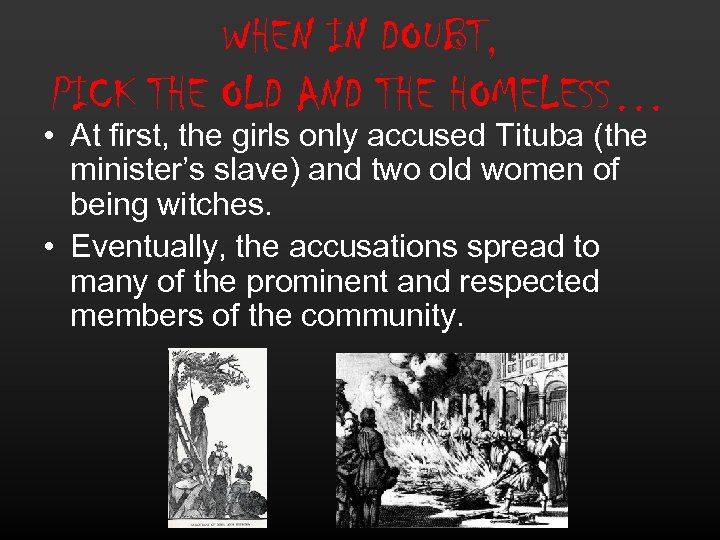 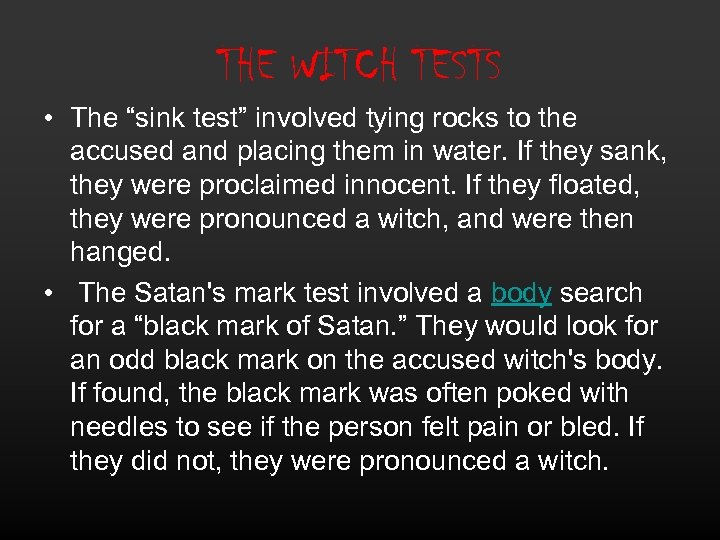 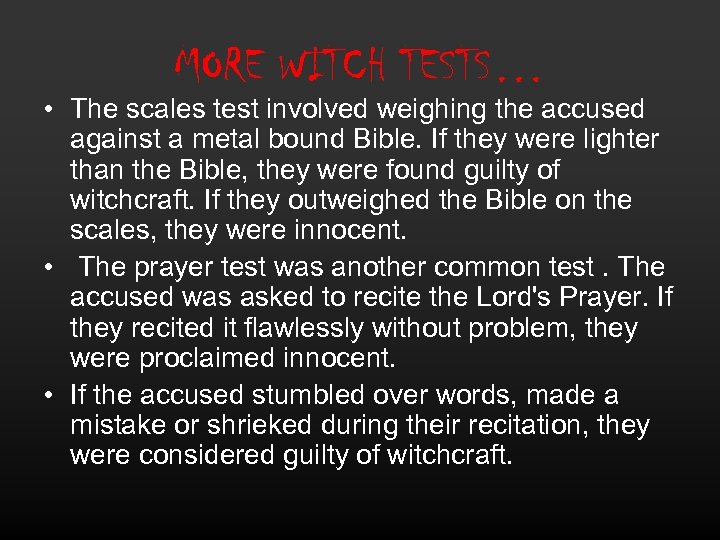 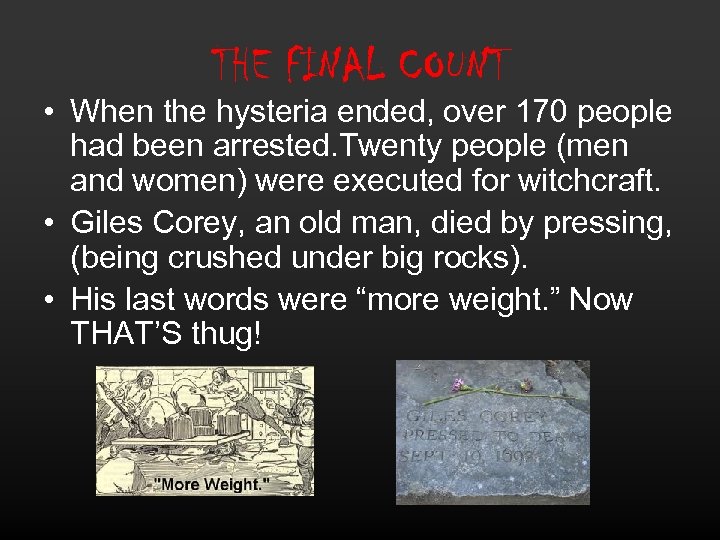 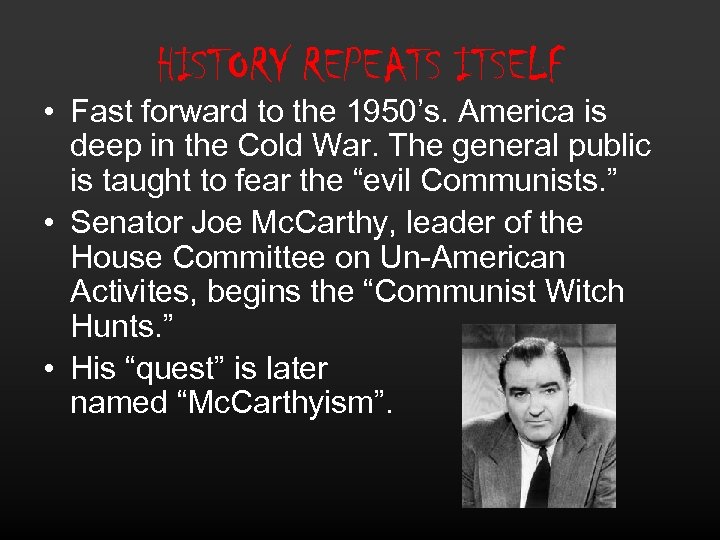 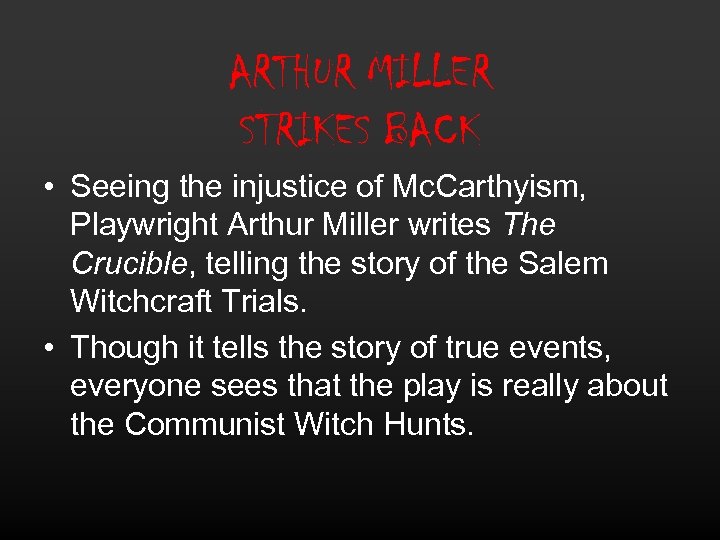 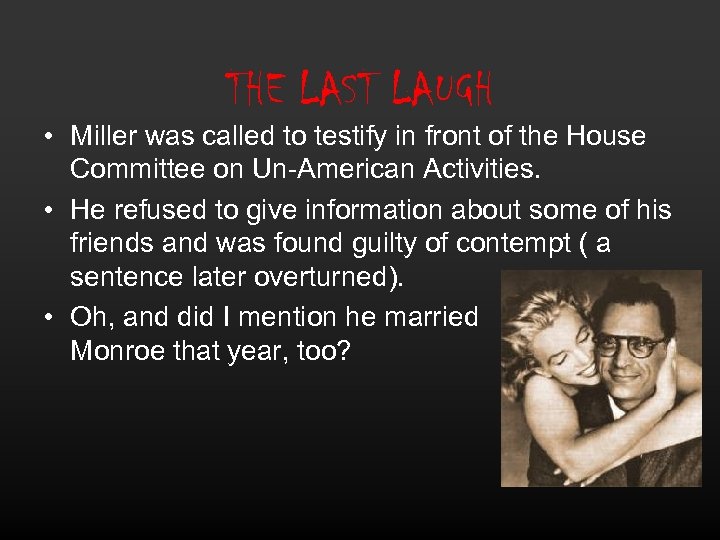 THE SALEM WITCHCRAFT TRIALS OF 1692

WITCHCRAFT HYSTERIA • In 1692, the Massachusetts colony fell victim to the fear of witches. • Over 170 people were arrested and accused of being witches. • However, this was not an isolated incident. From 1500 -1700, it is estimated that between one million and nine million Europeans were executed as witches.

POLITICS AS USUAL • Many of the people were accused of and/or executed for witchcraft by political rivals or enemies. • Even King James I claimed that his enemies practiced “the black arts. ” • The fear of witches and black magic gripped the largely uneducated and equally superstitious common man.

ACTUALLY, IT MAKES SENSE • Because of the hardships that settlers faced (bitter weather, sickness, death, drought and insect infestations that destroyed their crops), much of their bad luck was blamed on the Devil. • Puritans whole-heartedly believed that witches were real, and very dangerous.

PURITAN GIRLS GONE WILD! • In Salem Village, the minister’s daughter and several other girls were caught doing fortune-telling with the minister’s slave, Tituba. • When confronted, the girls began having “siezures” and have lapses into “unconsciousness. ”

WHEN IN DOUBT, PICK THE OLD AND THE HOMELESS… • At first, the girls only accused Tituba (the minister’s slave) and two old women of being witches. • Eventually, the accusations spread to many of the prominent and respected members of the community.

THE FINAL COUNT • When the hysteria ended, over 170 people had been arrested. Twenty people (men and women) were executed for witchcraft. • Giles Corey, an old man, died by pressing, (being crushed under big rocks). • His last words were “more weight. ” Now THAT’S thug!

HISTORY REPEATS ITSELF • Fast forward to the 1950’s. America is deep in the Cold War. The general public is taught to fear the “evil Communists. ” • Senator Joe Mc. Carthy, leader of the House Committee on Un-American Activites, begins the “Communist Witch Hunts. ” • His “quest” is later named “Mc. Carthyism”.

ARTHUR MILLER STRIKES BACK • Seeing the injustice of Mc. Carthyism, Playwright Arthur Miller writes The Crucible, telling the story of the Salem Witchcraft Trials. • Though it tells the story of true events, everyone sees that the play is really about the Communist Witch Hunts.

THE LAST LAUGH • Miller was called to testify in front of the House Committee on Un-American Activities. • He refused to give information about some of his friends and was found guilty of contempt ( a sentence later overturned). • Oh, and did I mention he married Marilyn Monroe that year, too?