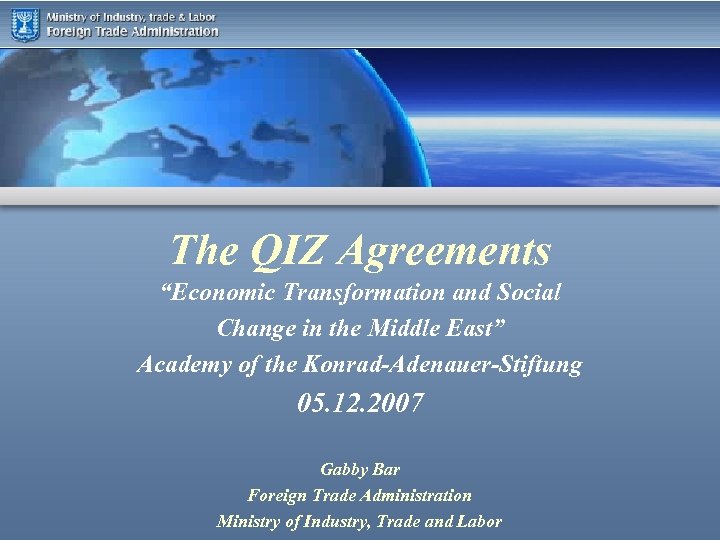 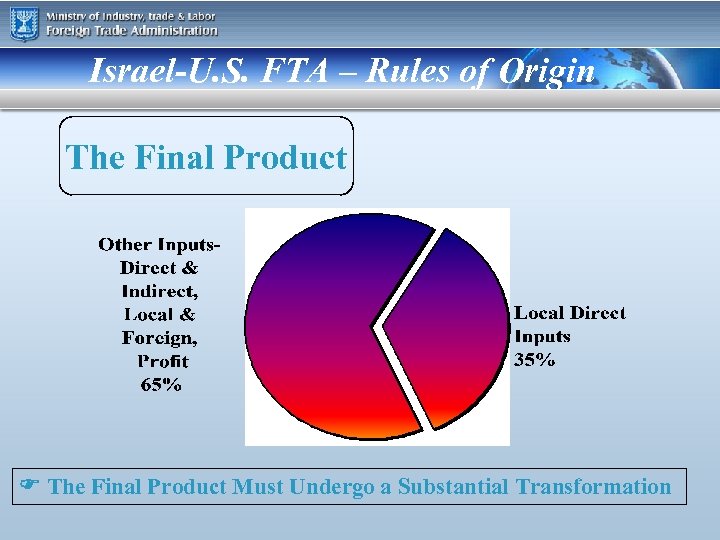 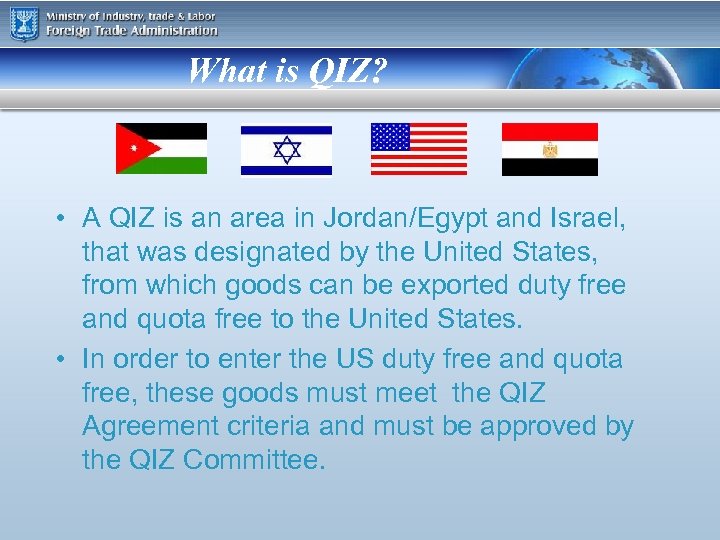 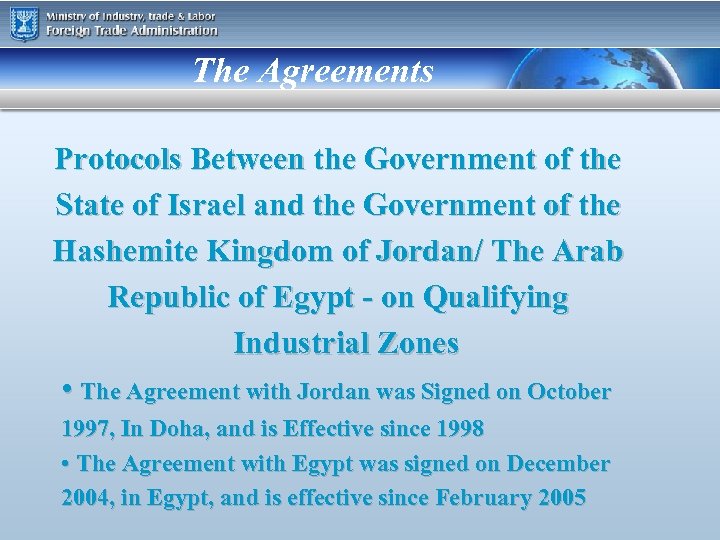 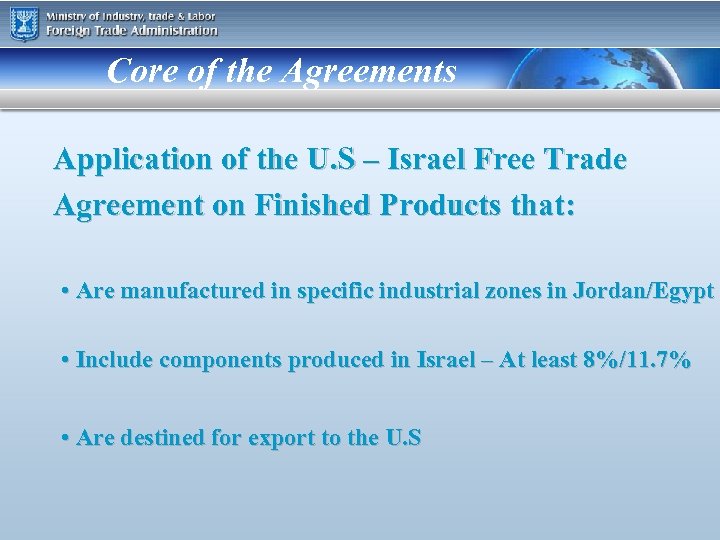 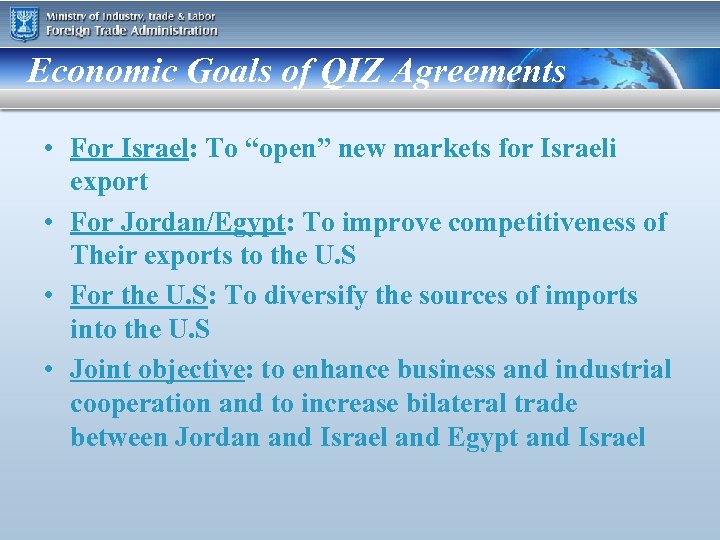 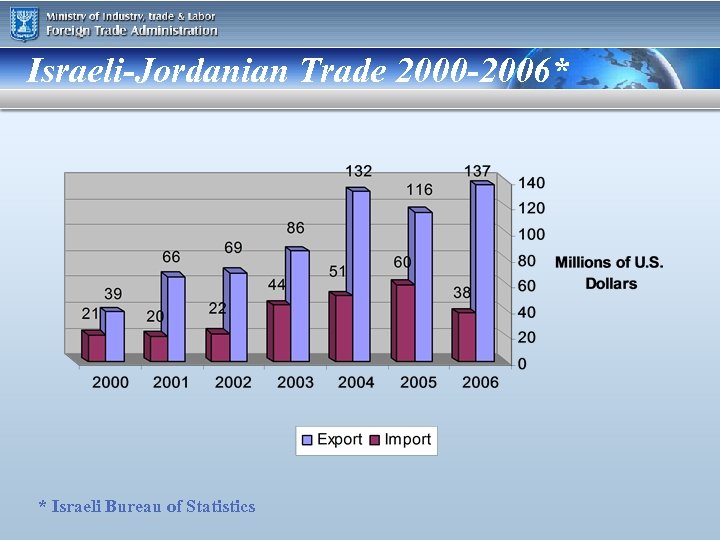 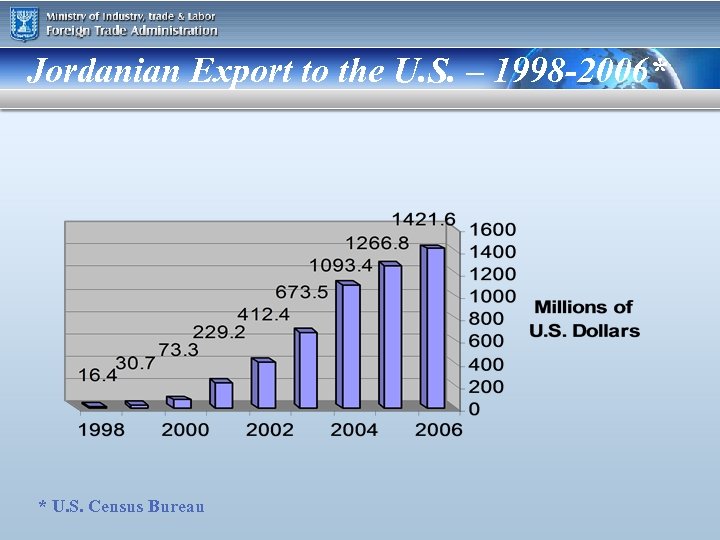 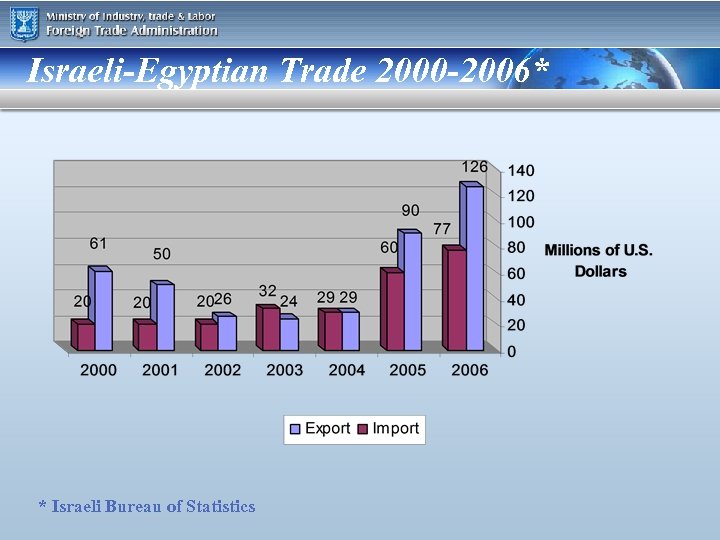 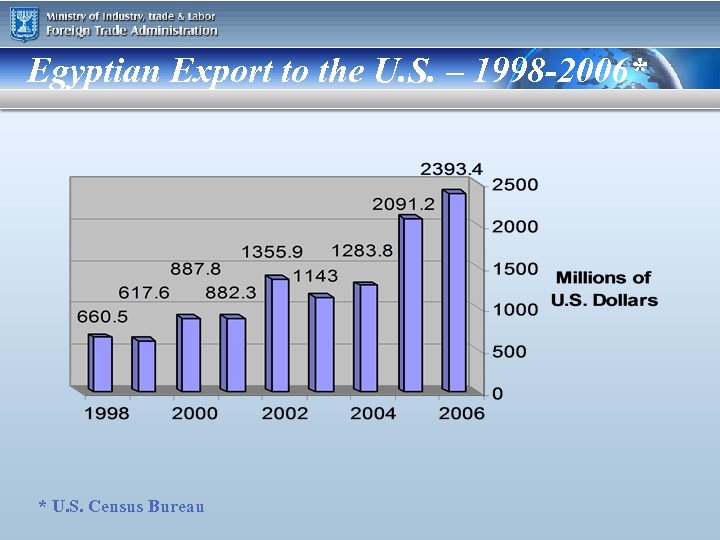 Core of the Agreements Application of the U. S – Israel Free Trade Agreement on Finished Products that: • Are manufactured in specific industrial zones in Jordan/Egypt • Include components produced in Israel – At least 8%/11. 7% • Are destined for export to the U. S

Economic Goals of QIZ Agreements • For Israel: To “open” new markets for Israeli export • For Jordan/Egypt: To improve competitiveness of Their exports to the U. S • For the U. S: To diversify the sources of imports into the U. S • Joint objective: to enhance business and industrial cooperation and to increase bilateral trade between Jordan and Israel and Egypt and Israel