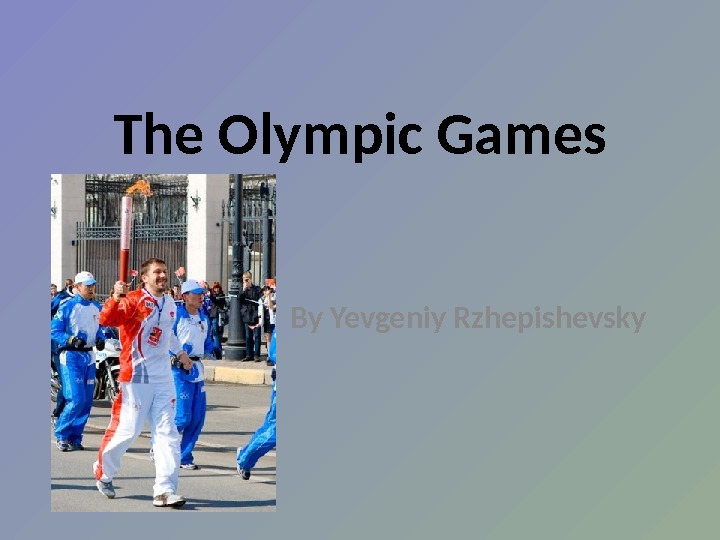 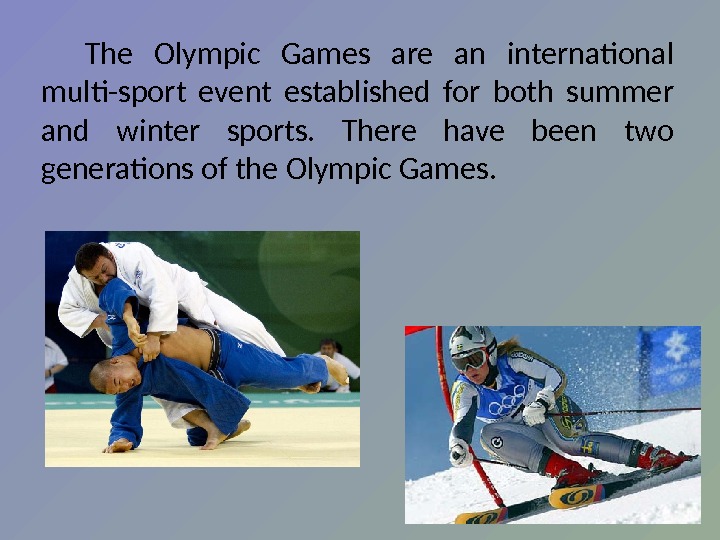 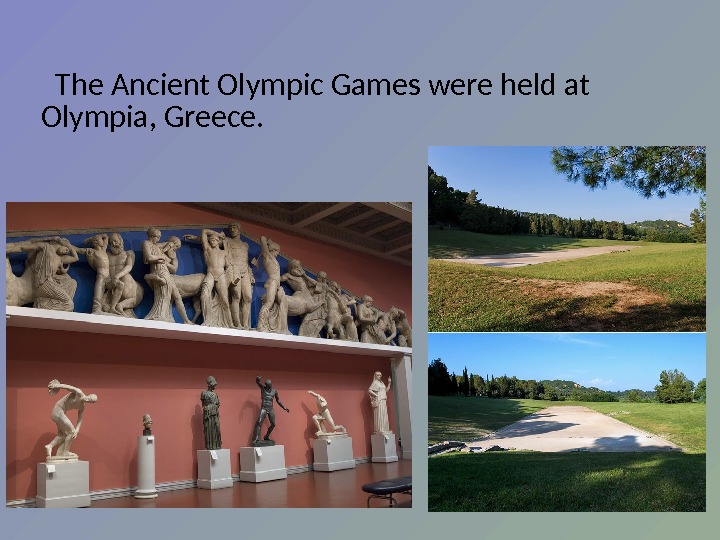 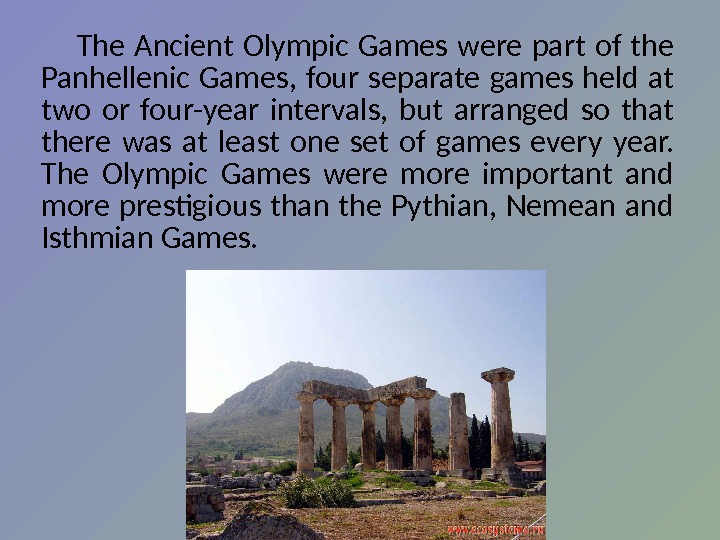 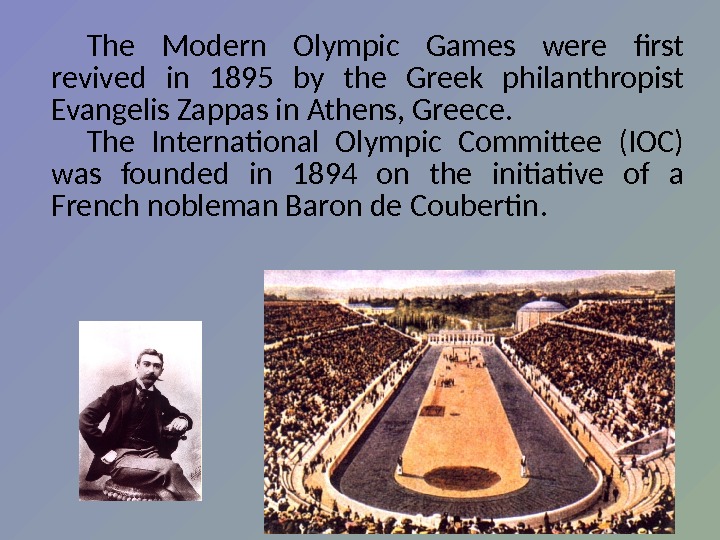 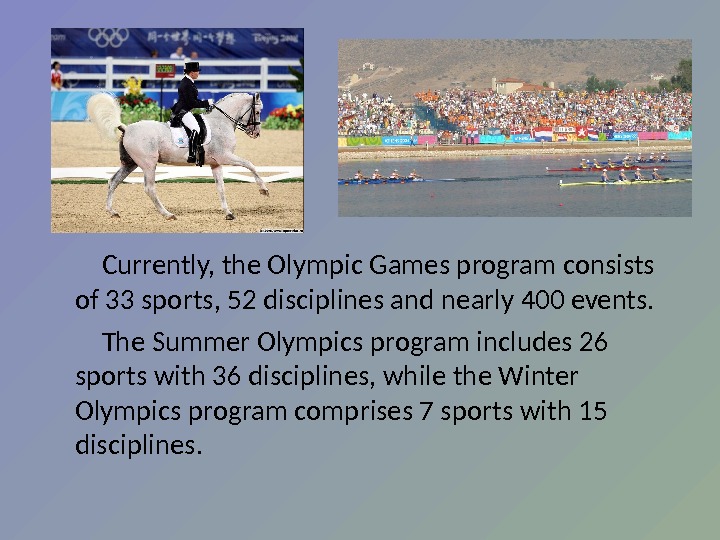 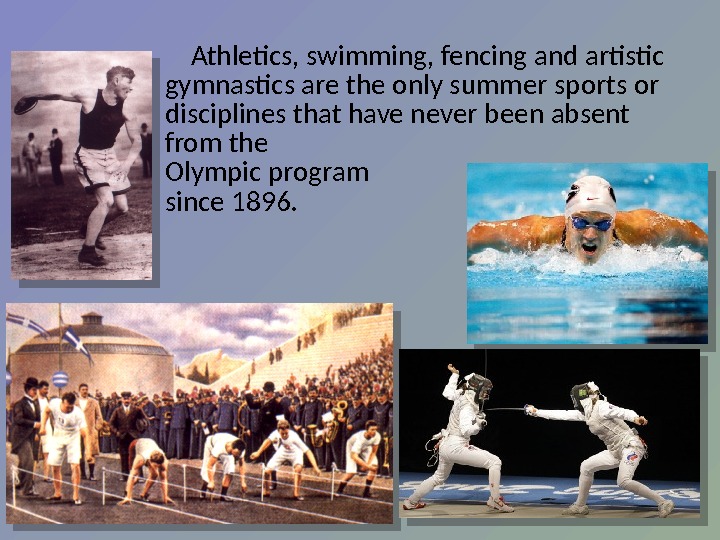 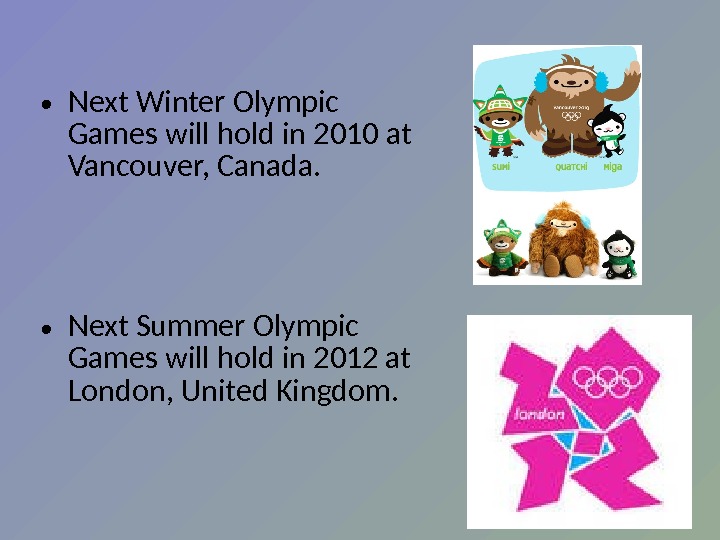 The Olympic Games By Yevgeniy Rzhepishevsky

The Olympic Games are an international multi-sport event established for both summer and winter sports. There have been two generations of the Olympic Games.

The Ancient Olympic Games were held at Olympia, Greece.

The Ancient Olympic Games were part of the Panhellenic Games, four separate games held at two or four-year intervals, but arranged so that there was at least one set of games every year. The Olympic Games were more important and more prestigious than the Pythian, Nemean and Isthmian Games.

The Modern Olympic Games were first revived in 1895 by the Greek philanthropist Evangelis Zappas in Athens, Greece. The International Olympic Committee (IOC) was founded in 1894 on the initiative of a French nobleman Baron de Coubertin.

The five colored rings on a white field form the Olympic flag. The five interwined rings represent the unity of the five inhabited continents. The colors—white, red, blue, green, yellow and black —were chosen because every nation had at least one of these colors in its national flag. The flag was adopted in 1914, but was first flown only at the 1920 Summer Olympics in Antwerp, Belgium

Athletics, swimming, fencing and artistic gymnastics are the only summer sports or disciplines that have never been absent from the Olympic program since 1896.

The modern Olympics feature traditional the Summer and the Winter Games, along with the more recent Paralympic and Youth Olympic Games, each with a summer and winter version.