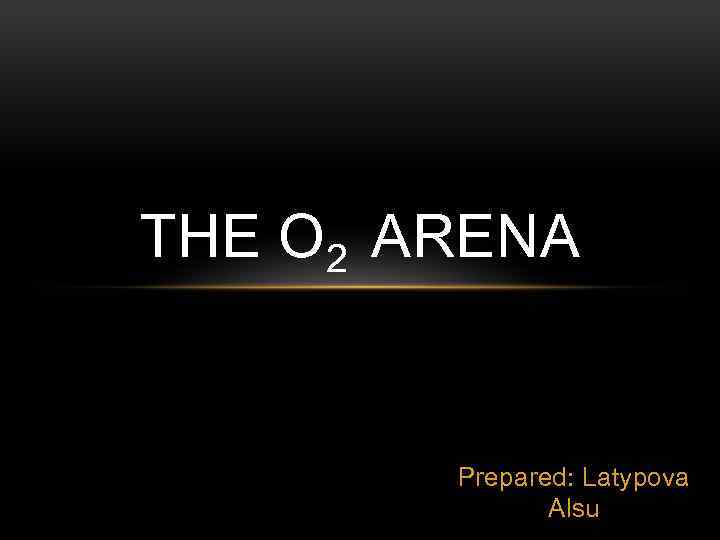 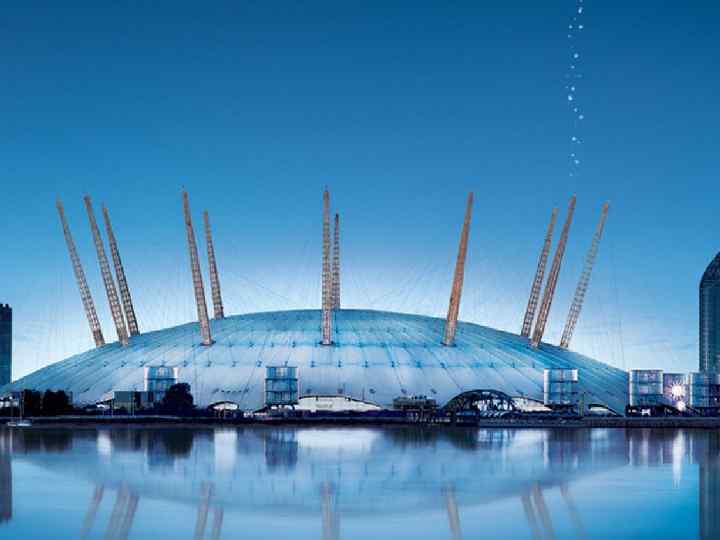 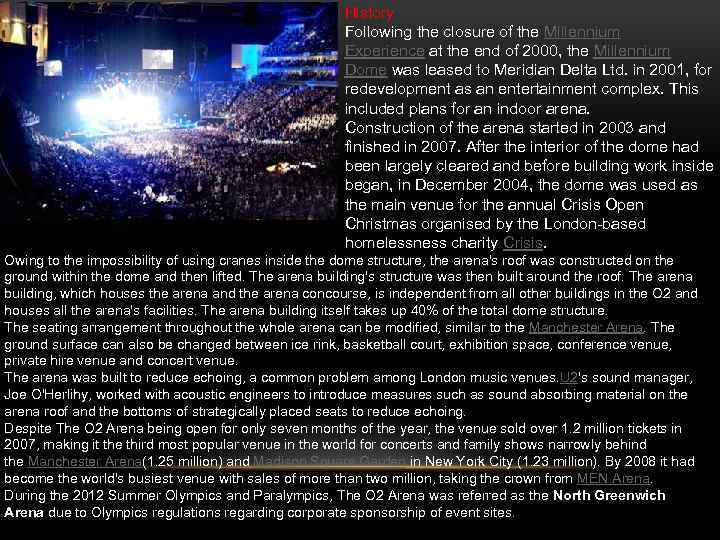 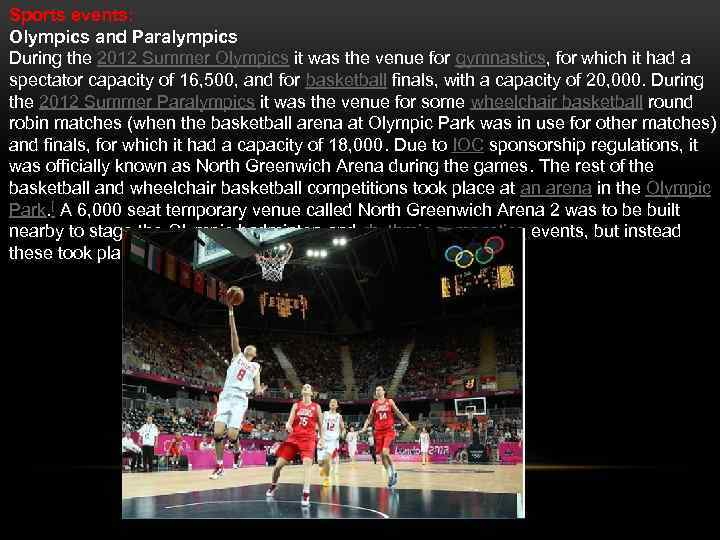 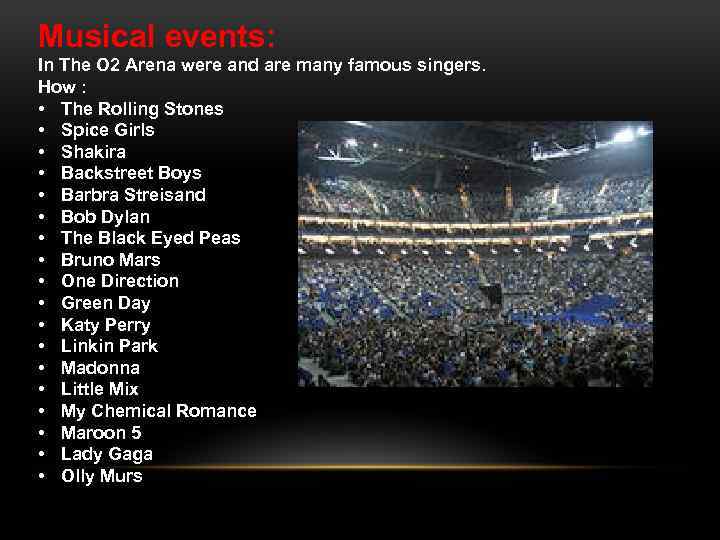 History Following the closure of the Millennium Experience at the end of 2000, the Millennium Dome was leased to Meridian Delta Ltd. in 2001, for redevelopment as an entertainment complex. This included plans for an indoor arena. Construction of the arena started in 2003 and finished in 2007. After the interior of the dome had been largely cleared and before building work inside began, in December 2004, the dome was used as the main venue for the annual Crisis Open Christmas organised by the London-based homelessness charity Crisis. Owing to the impossibility of using cranes inside the dome structure, the arena's roof was constructed on the ground within the dome and then lifted. The arena building's structure was then built around the roof. The arena building, which houses the arena and the arena concourse, is independent from all other buildings in the O 2 and houses all the arena's facilities. The arena building itself takes up 40% of the total dome structure. The seating arrangement throughout the whole arena can be modified, similar to the Manchester Arena. The ground surface can also be changed between ice rink, basketball court, exhibition space, conference venue, private hire venue and concert venue. The arena was built to reduce echoing, a common problem among London music venues. U 2's sound manager, Joe O'Herlihy, worked with acoustic engineers to introduce measures such as sound absorbing material on the arena roof and the bottoms of strategically placed seats to reduce echoing. Despite The O 2 Arena being open for only seven months of the year, the venue sold over 1. 2 million tickets in 2007, making it the third most popular venue in the world for concerts and family shows narrowly behind the Manchester Arena(1. 25 million) and Madison Square Garden in New York City (1. 23 million). By 2008 it had become the world's busiest venue with sales of more than two million, taking the crown from MEN Arena. During the 2012 Summer Olympics and Paralympics, The O 2 Arena was referred as the North Greenwich Arena due to Olympics regulations regarding corporate sponsorship of event sites.

Sports events: Olympics and Paralympics During the 2012 Summer Olympics it was the venue for gymnastics, for which it had a spectator capacity of 16, 500, and for basketball finals, with a capacity of 20, 000. During the 2012 Summer Paralympics it was the venue for some wheelchair basketball round robin matches (when the basketball arena at Olympic Park was in use for other matches) and finals, for which it had a capacity of 18, 000. Due to IOC sponsorship regulations, it was officially known as North Greenwich Arena during the games. The rest of the basketball and wheelchair basketball competitions took place at an arena in the Olympic Park. [ A 6, 000 seat temporary venue called North Greenwich Arena 2 was to be built nearby to stage the Olympic badminton and rhythmic gymnastics events, but instead these took place at Wembley Arena.