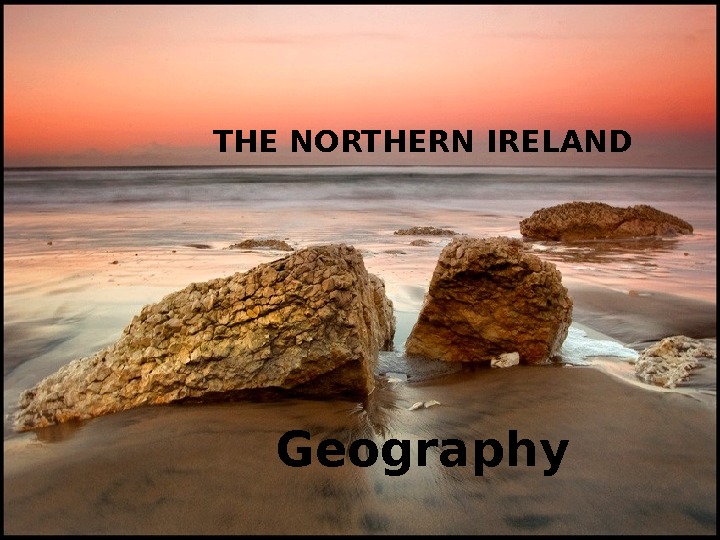 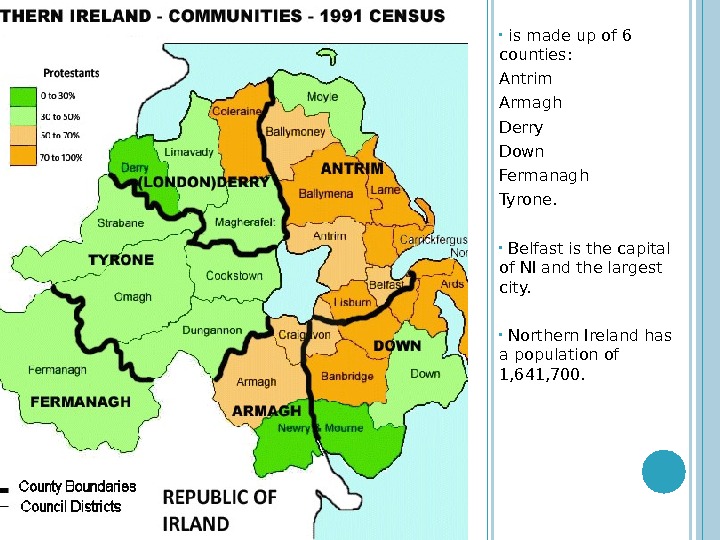 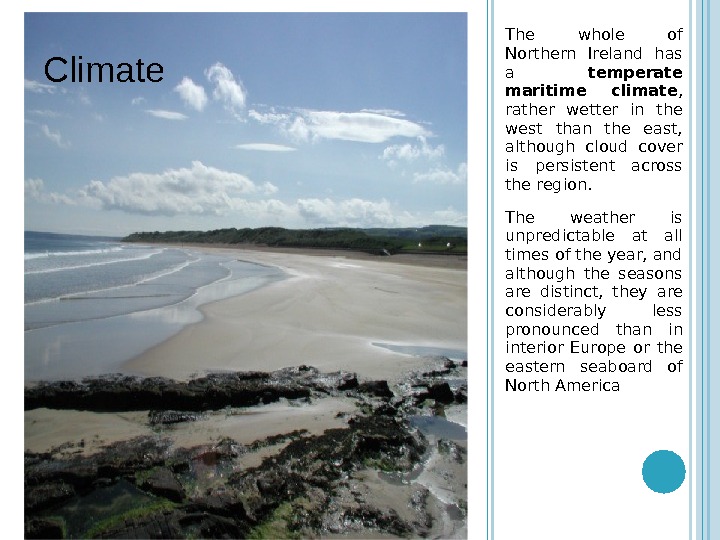 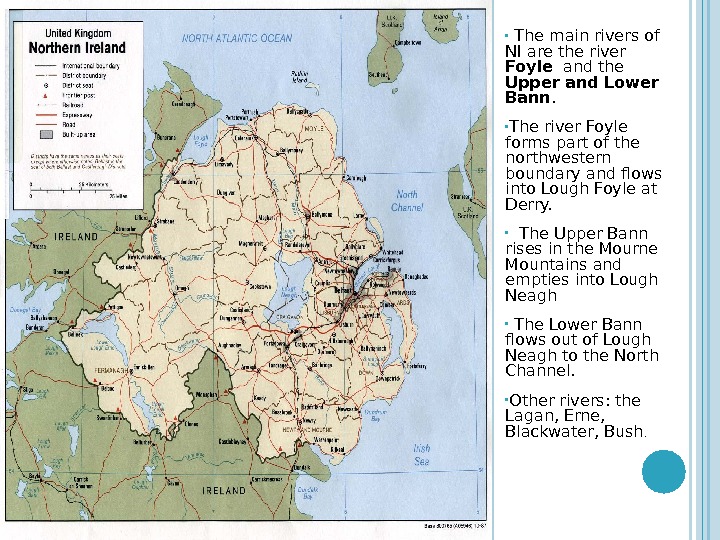 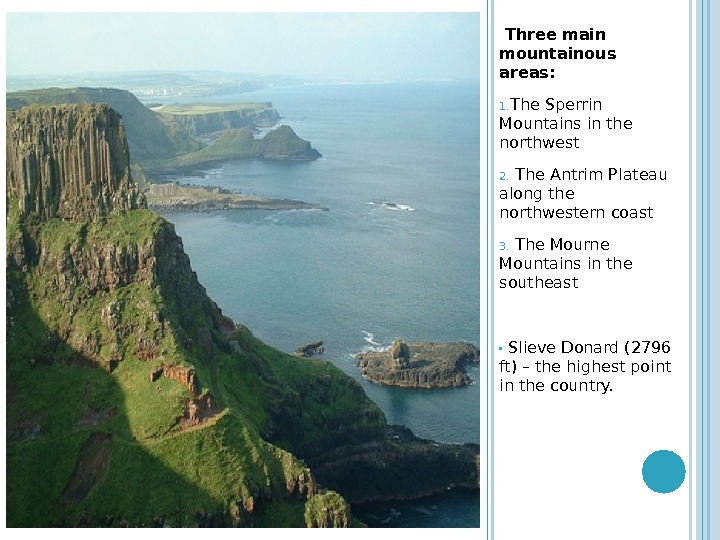 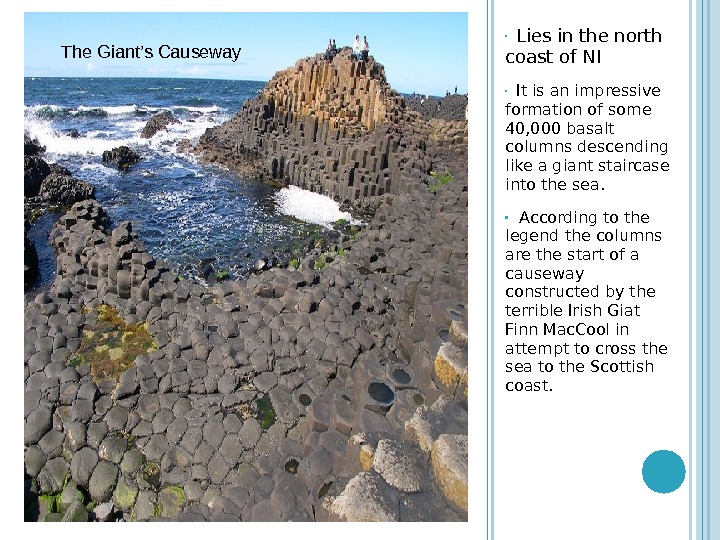 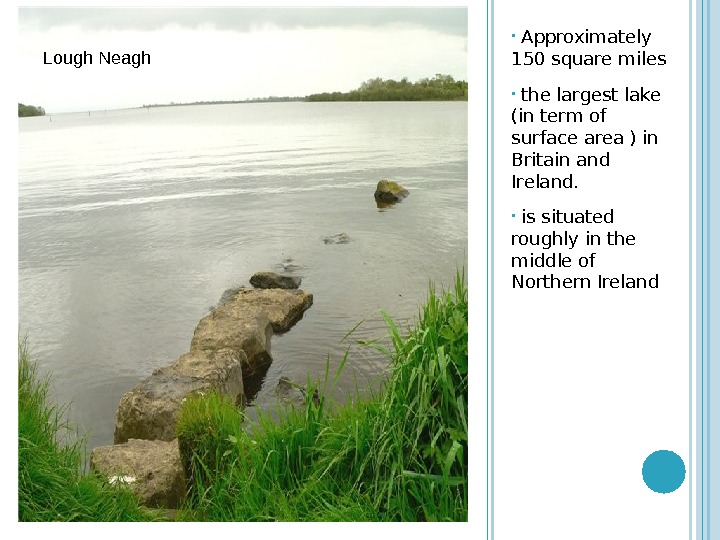 • is made up of 6 counties: Antrim Armagh Derry Down Fermanagh Tyrone. • Belfast is the capital of NI and the largest city. • Northern Ireland has a population of 1, 641, 700.

The whole of Northern Ireland has a temperate maritime climate , rather wetter in the west than the east, although cloud cover is persistent across the region. The weather is unpredictable at all times of the year, and although the seasons are distinct, they are considerably less pronounced than in interior Europe or the eastern seaboard of North America. Climate

• The main rivers of NI are the river Foyle and the Upper and Lower Bann. • The river Foyle forms part of the northwestern boundary and flows into Lough Foyle at Derry. • The Upper Bann rises in the Mourne Mountains and empties into Lough Neagh • The Lower Bann flows out of Lough Neagh to the North Channel. • Other rivers: the Lagan, Erne, Blackwater, Bush.

• Lies in the north coast of NI • It is an impressive formation of some 40, 000 basalt columns descending like a giant staircase into the sea. • According to the legend the columns are the start of a causeway constructed by the terrible Irish Giat Finn Mac. Cool in attempt to cross the sea to the Scottish coast. The Giant’s Causeway

• Approximately 150 square miles • the largest lake (in term of surface area ) in Britain and Ireland. • is situated roughly in the middle of Northern Ireland. Lough Neagh