The National Commission on Fiscal Responsibility and Reform 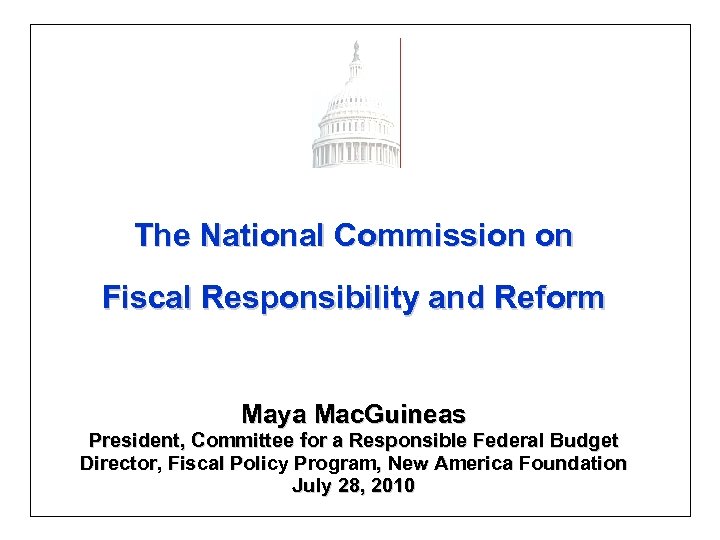 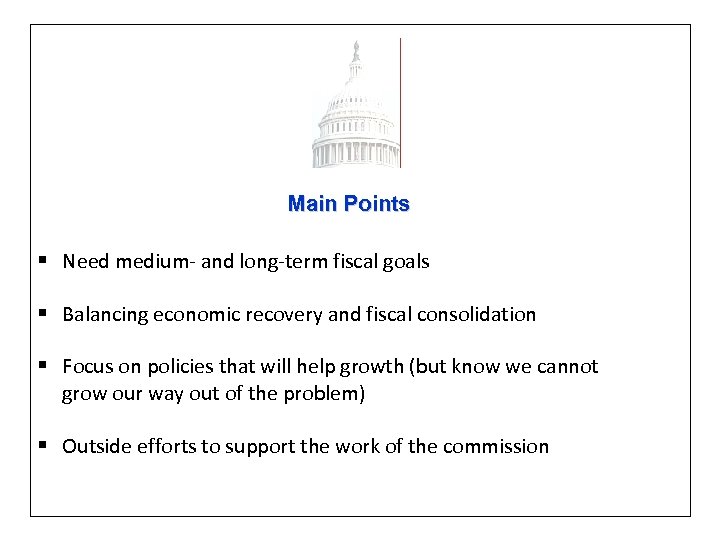 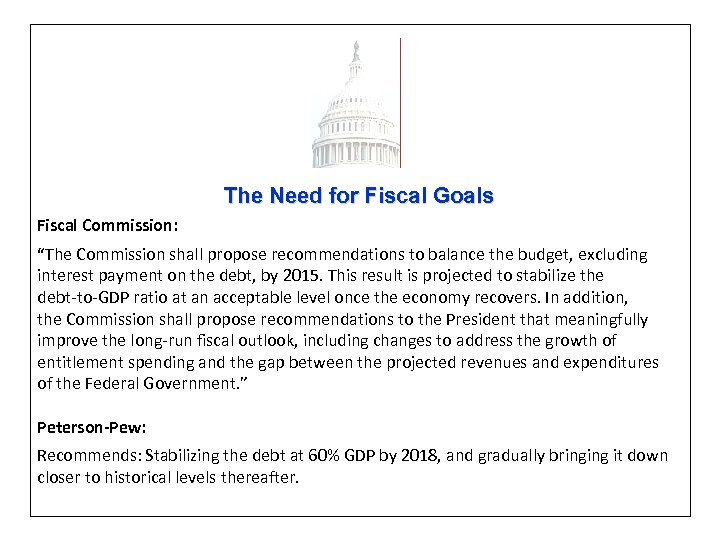 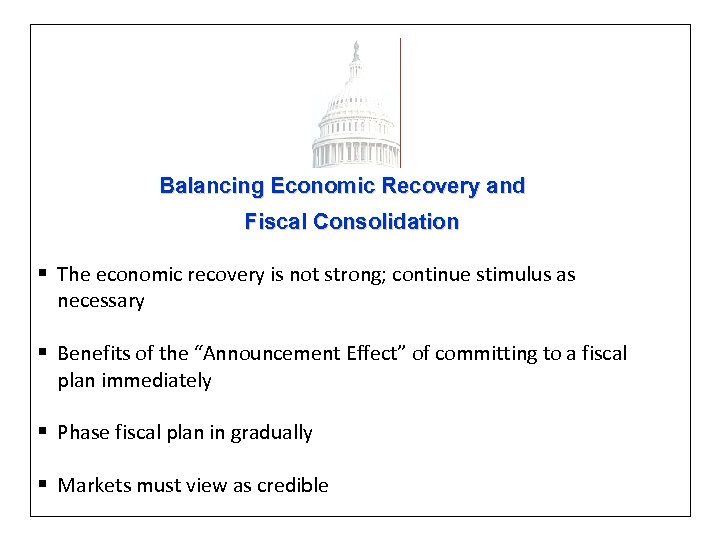 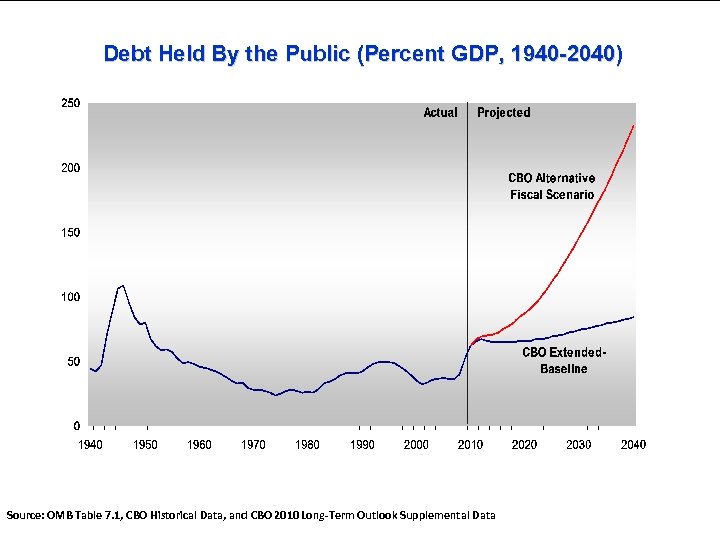 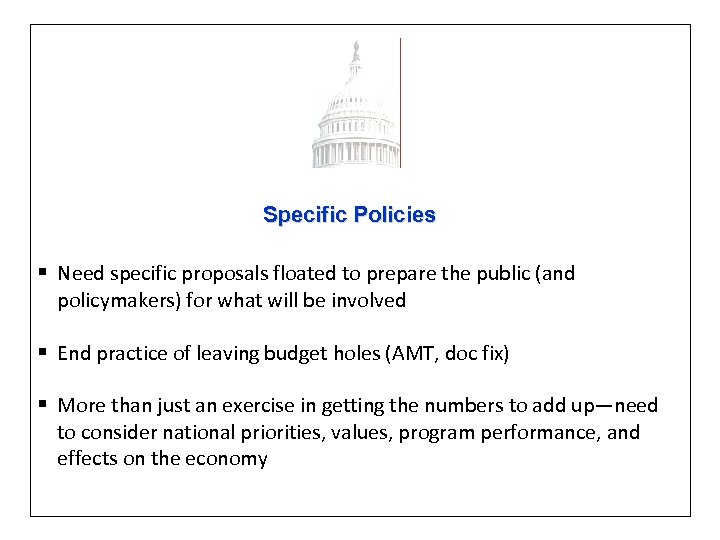 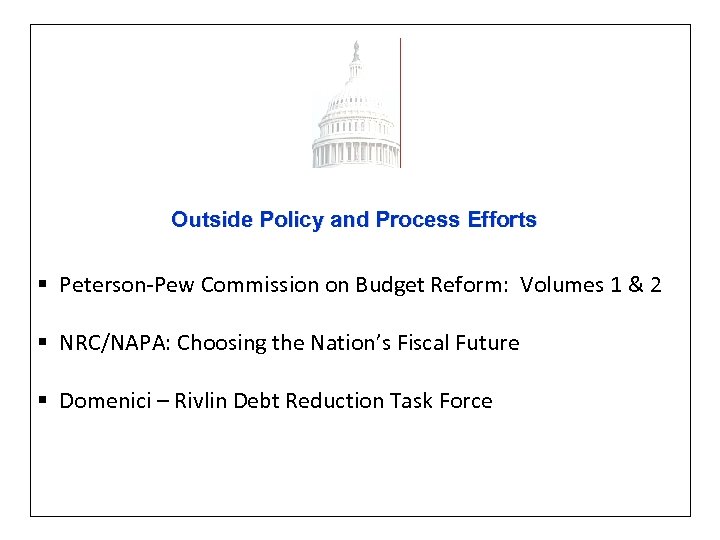 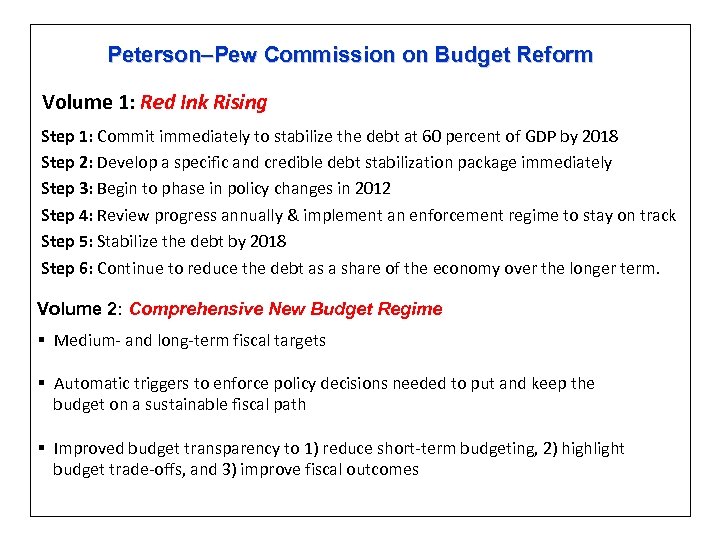 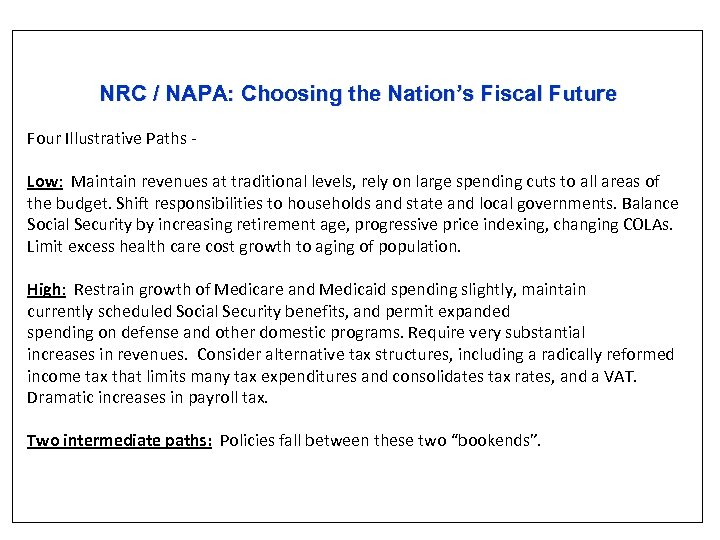 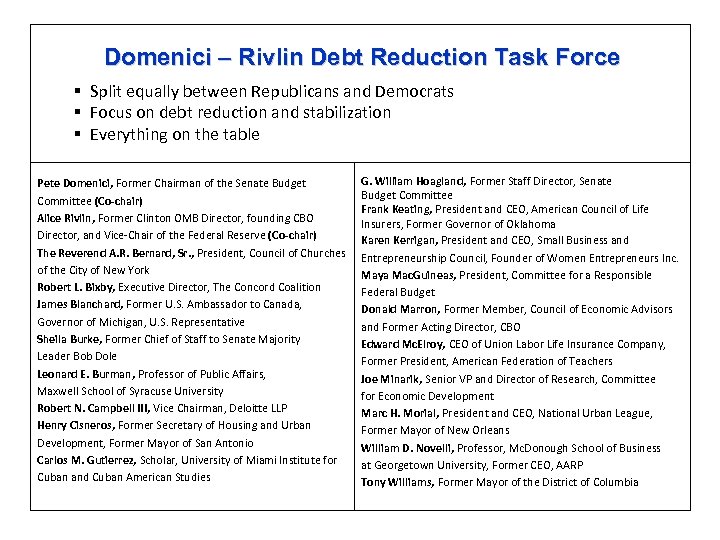 Скачать презентацию The National Commission on Fiscal Responsibility and Reform

The Need for Fiscal Goals Fiscal Commission: “The Commission shall propose recommendations to balance the budget, excluding interest payment on the debt, by 2015. This result is projected to stabilize the debt-to-GDP ratio at an acceptable level once the economy recovers. In addition, the Commission shall propose recommendations to the President that meaningfully improve the long-run fiscal outlook, including changes to address the growth of entitlement spending and the gap between the projected revenues and expenditures of the Federal Government. ” Peterson-Pew: Recommends: Stabilizing the debt at 60% GDP by 2018, and gradually bringing it down closer to historical levels thereafter.

Balancing Economic Recovery and Fiscal Consolidation § The economic recovery is not strong; continue stimulus as necessary § Benefits of the “Announcement Effect” of committing to a fiscal plan immediately § Phase fiscal plan in gradually § Markets must view as credible

Specific Policies § Need specific proposals floated to prepare the public (and policymakers) for what will be involved § End practice of leaving budget holes (AMT, doc fix) § More than just an exercise in getting the numbers to add up—need to consider national priorities, values, program performance, and effects on the economy