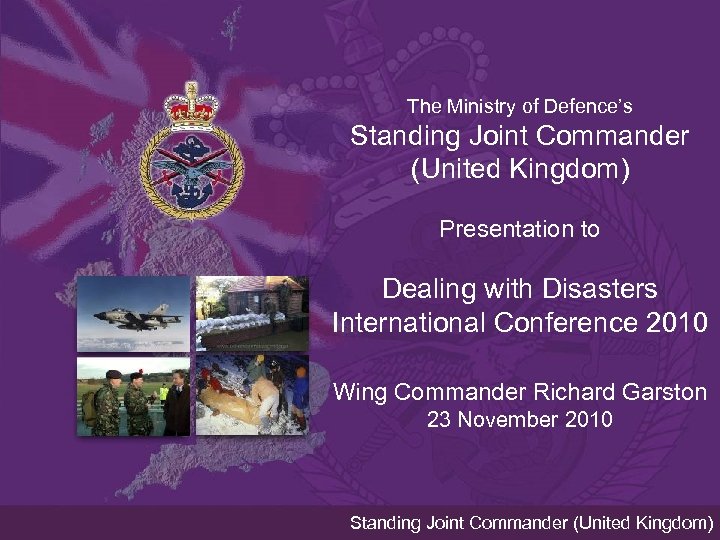 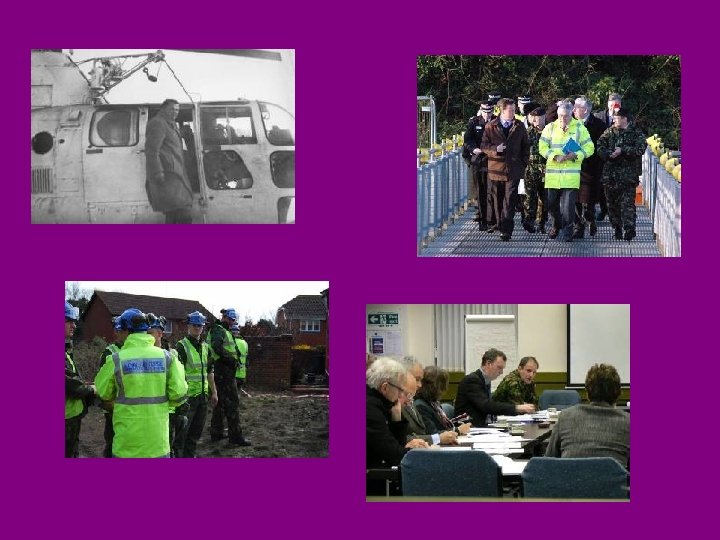 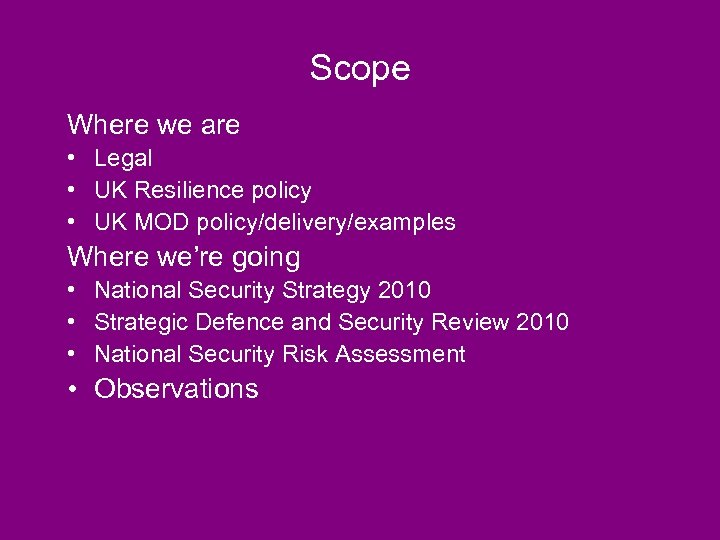 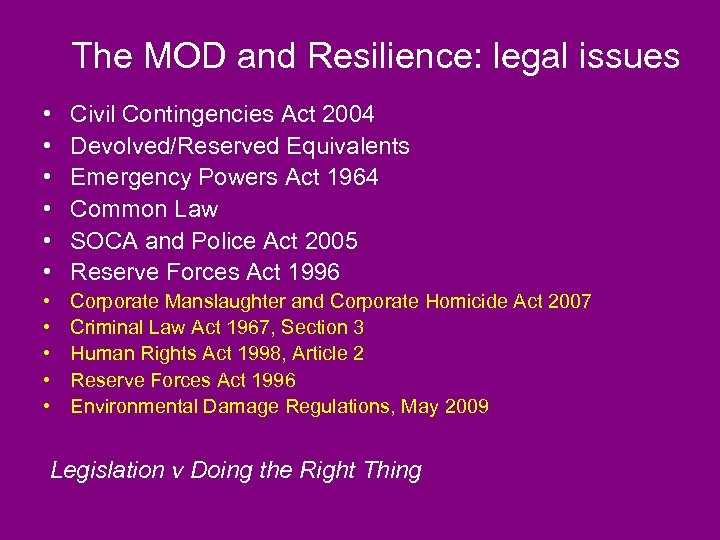 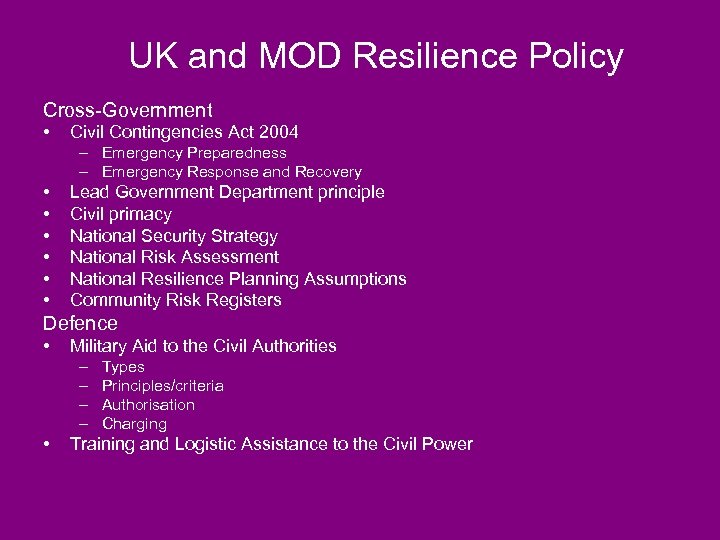 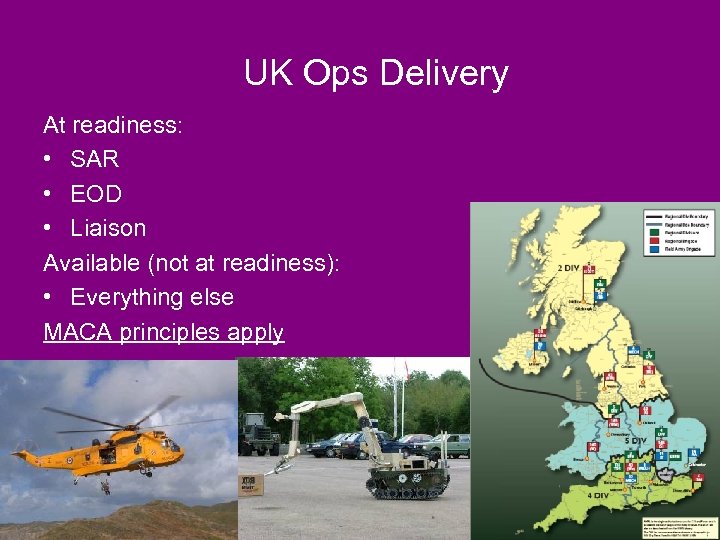 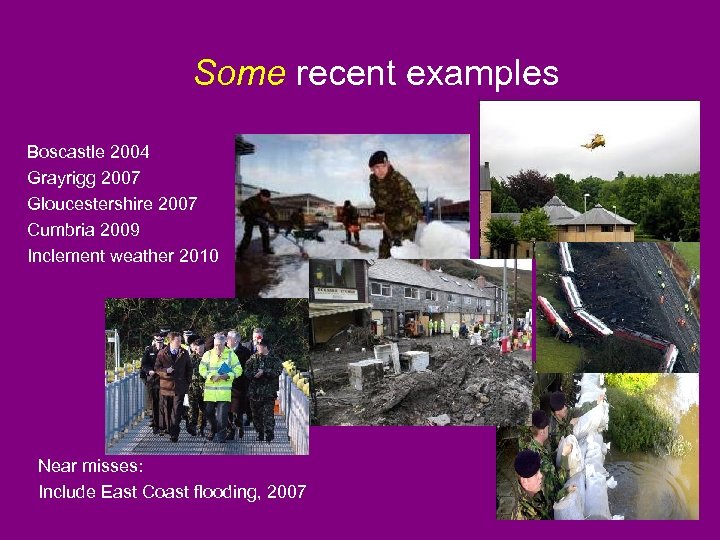 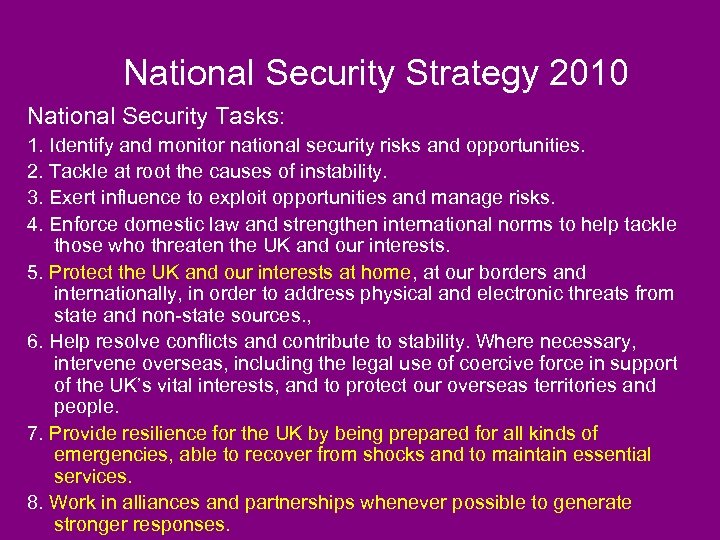 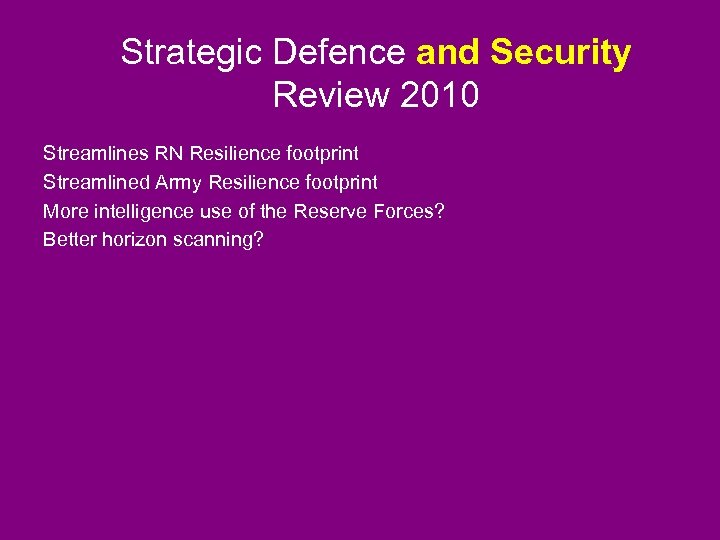 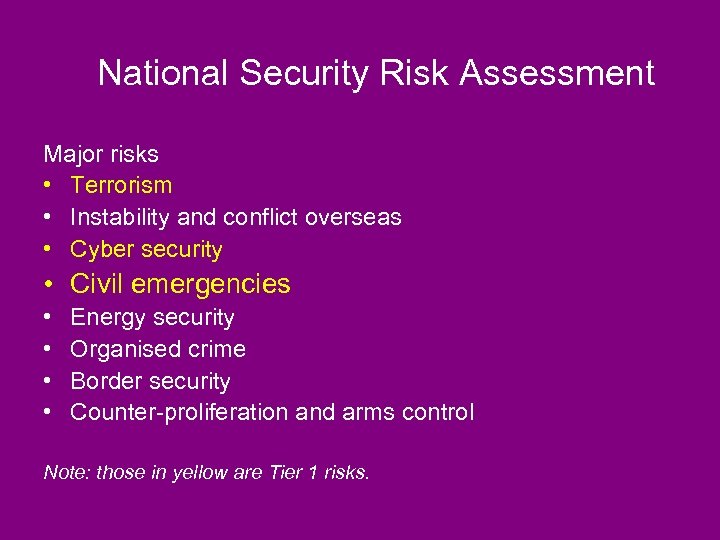 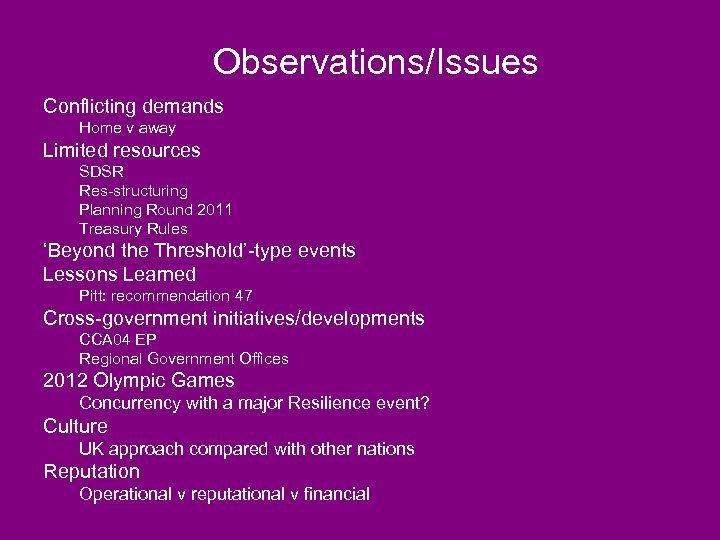 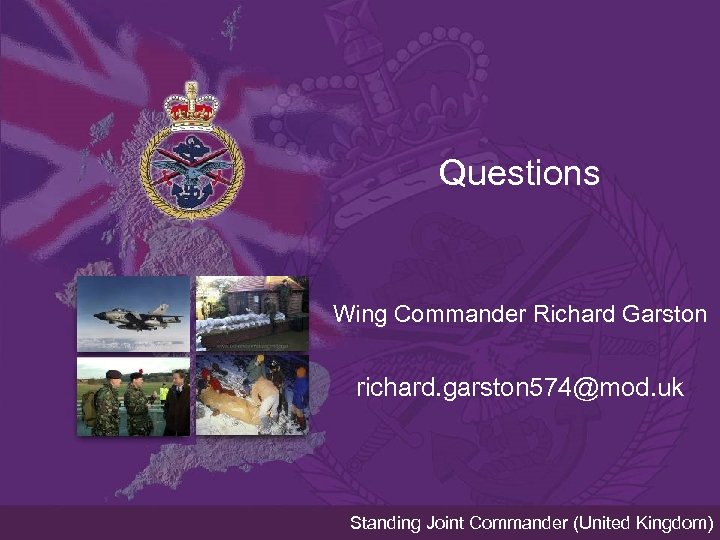 National Security Strategy 2010 National Security Tasks: 1. Identify and monitor national security risks and opportunities. 2. Tackle at root the causes of instability. 3. Exert influence to exploit opportunities and manage risks. 4. Enforce domestic law and strengthen international norms to help tackle those who threaten the UK and our interests. 5. Protect the UK and our interests at home, at our borders and internationally, in order to address physical and electronic threats from state and non-state sources. , 6. Help resolve conflicts and contribute to stability. Where necessary, intervene overseas, including the legal use of coercive force in support of the UK’s vital interests, and to protect our overseas territories and people. 7. Provide resilience for the UK by being prepared for all kinds of emergencies, able to recover from shocks and to maintain essential services. 8. Work in alliances and partnerships whenever possible to generate stronger responses.

A Drill Pipe Management Program Technology is the