The Meaning of Freedom The Failure of Reconstruction 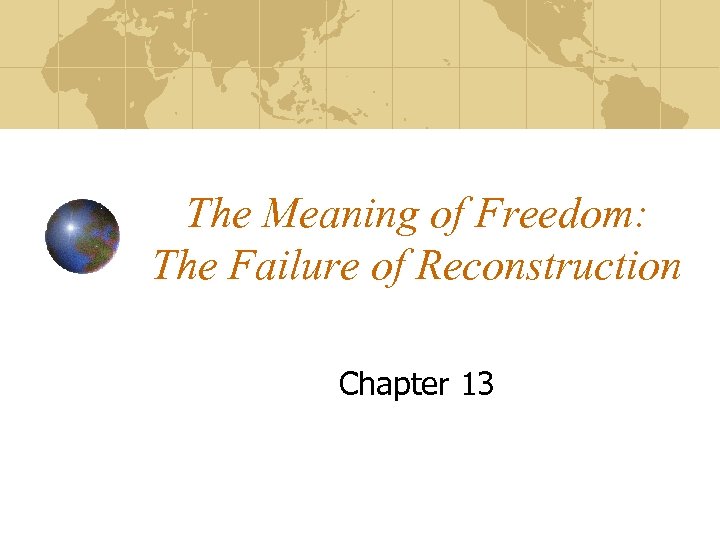 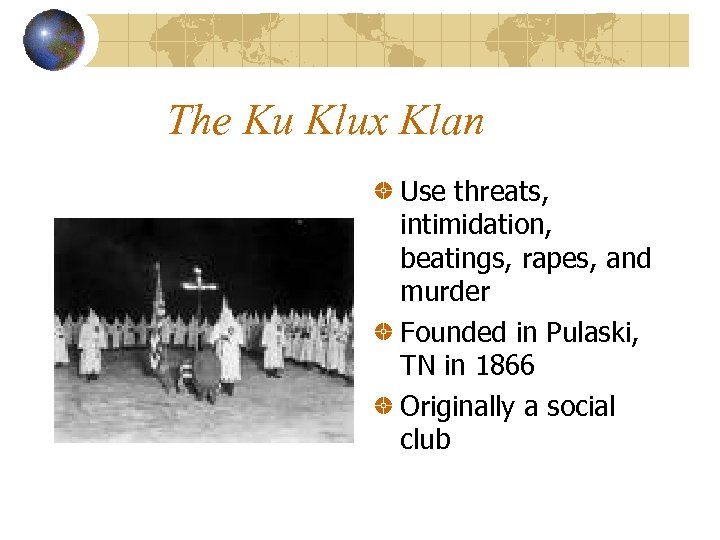 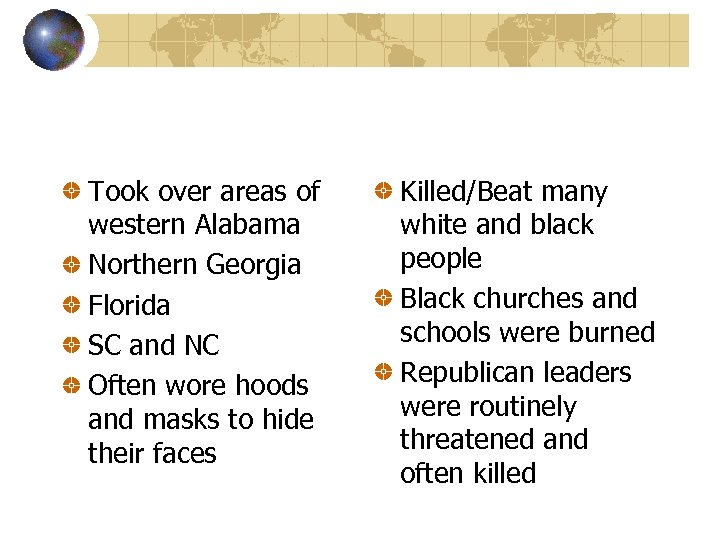 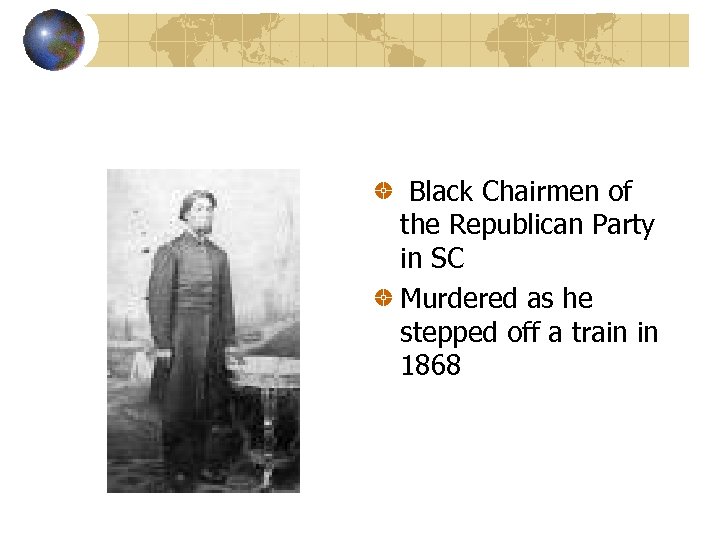 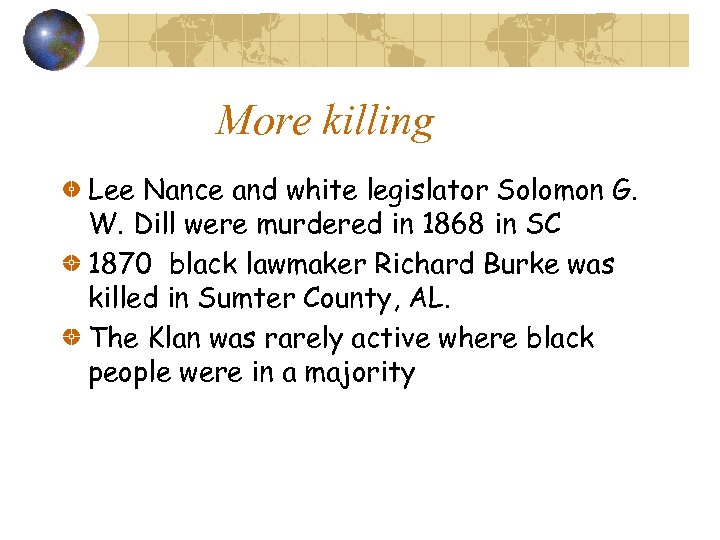 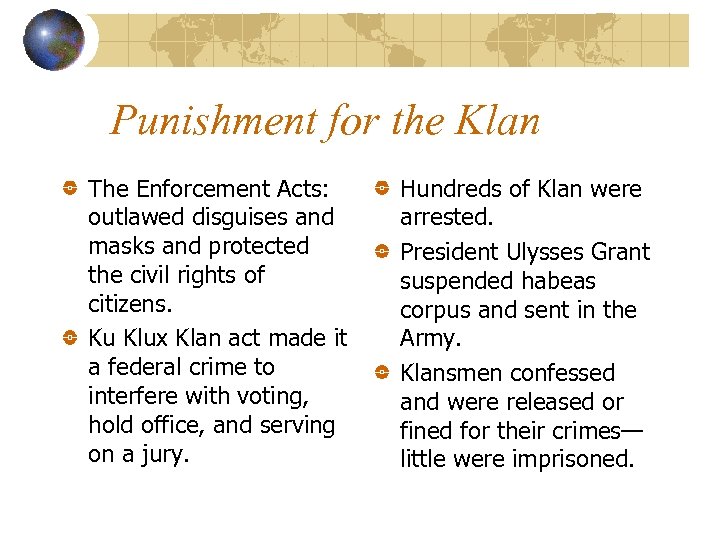 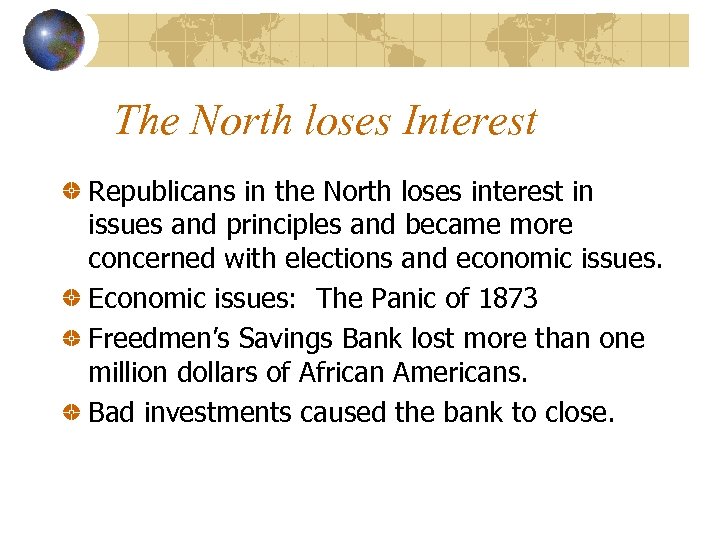 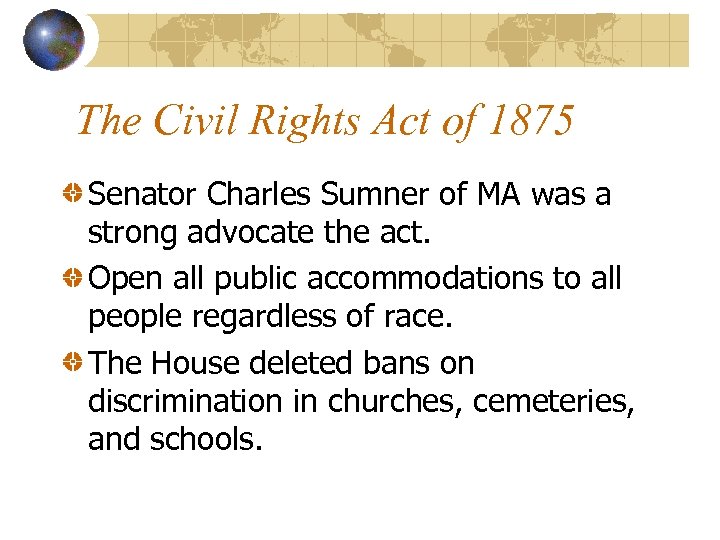 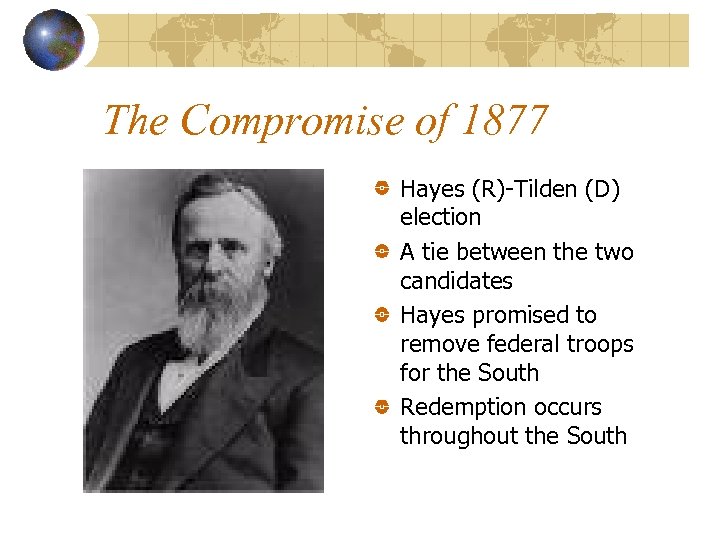 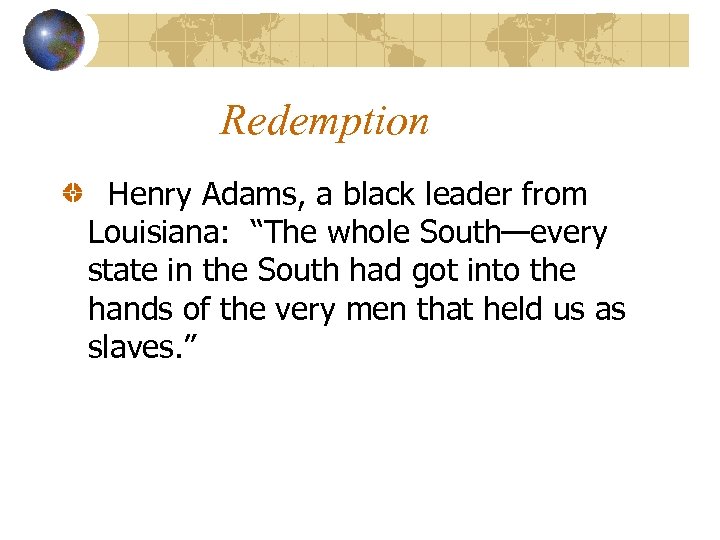 Скачать презентацию The Meaning of Freedom The Failure of Reconstruction

The Meaning of Freedom: The Failure of Reconstruction Chapter 13

The Ku Klux Klan Use threats, intimidation, beatings, rapes, and murder Founded in Pulaski, TN in 1866 Originally a social club

More killing Lee Nance and white legislator Solomon G. W. Dill were murdered in 1868 in SC 1870 black lawmaker Richard Burke was killed in Sumter County, AL. The Klan was rarely active where black people were in a majority

Punishment for the Klan The Enforcement Acts: outlawed disguises and masks and protected the civil rights of citizens. Ku Klux Klan act made it a federal crime to interfere with voting, hold office, and serving on a jury. Hundreds of Klan were arrested. President Ulysses Grant suspended habeas corpus and sent in the Army. Klansmen confessed and were released or fined for their crimes— little were imprisoned.

The North loses Interest Republicans in the North loses interest in issues and principles and became more concerned with elections and economic issues. Economic issues: The Panic of 1873 Freedmen’s Savings Bank lost more than one million dollars of African Americans. Bad investments caused the bank to close.

The Civil Rights Act of 1875 Senator Charles Sumner of MA was a strong advocate the act. Open all public accommodations to all people regardless of race. The House deleted bans on discrimination in churches, cemeteries, and schools.

The End of Reconstruction Violent Redemption: AL in 1874 black and white leaders were murdered, destroyed crops and homes The Shotgun Policy: 1875 MI no longer feared federal troopsdeclared open warfare on the black majority. “Mississippi is a white man’s country, and by the eternal God we’ll rule it. ” Grant refused to send federal troops to help the governor—he was tired of the violence in the South. The Hamburg Massacre: Black militia vs. White rifle company—both sided suffered loses. The white individuals were acquitted of their crimes. Grant were forced to send federal troops to stop the violence. Democrats attacked, beat, and killed black people to prevent them from voting.

Redemption Henry Adams, a black leader from Louisiana: “The whole South—every state in the South had got into the hands of the very men that held us as slaves. ”

• Definition of changes of word meaning