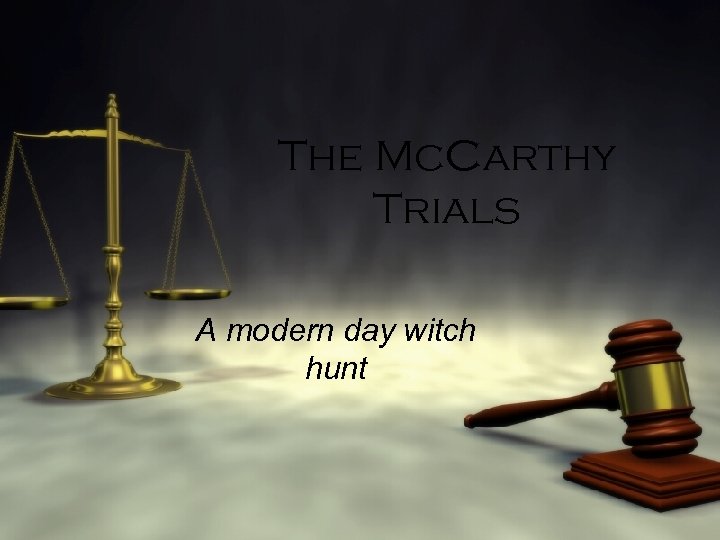 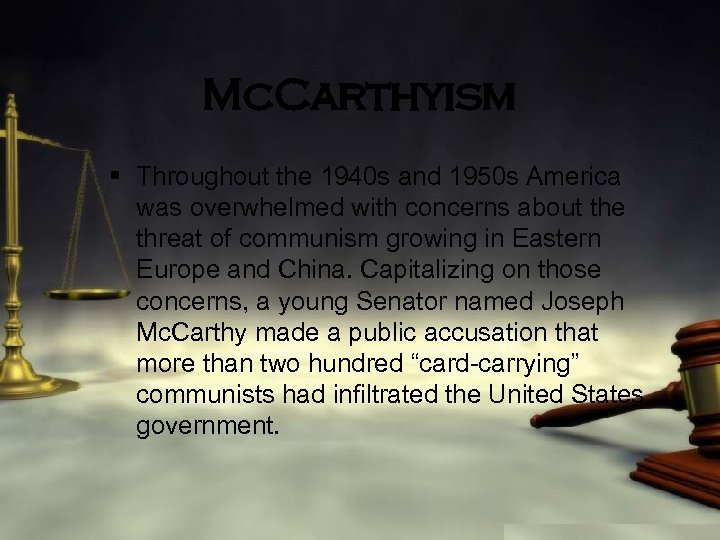 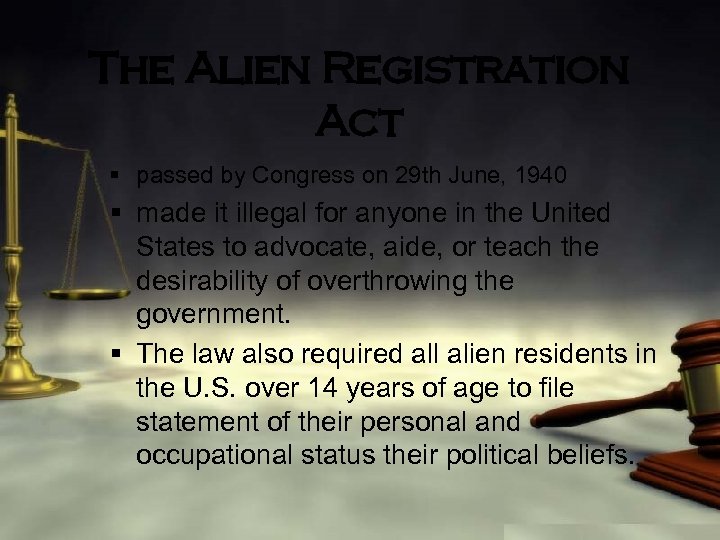 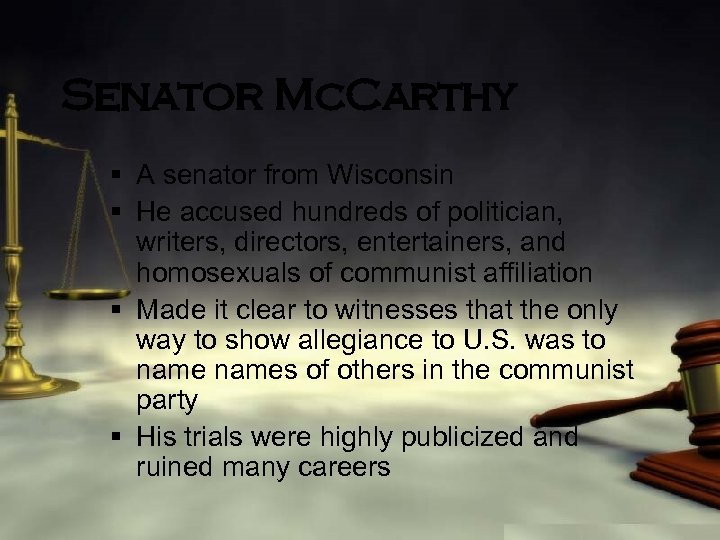 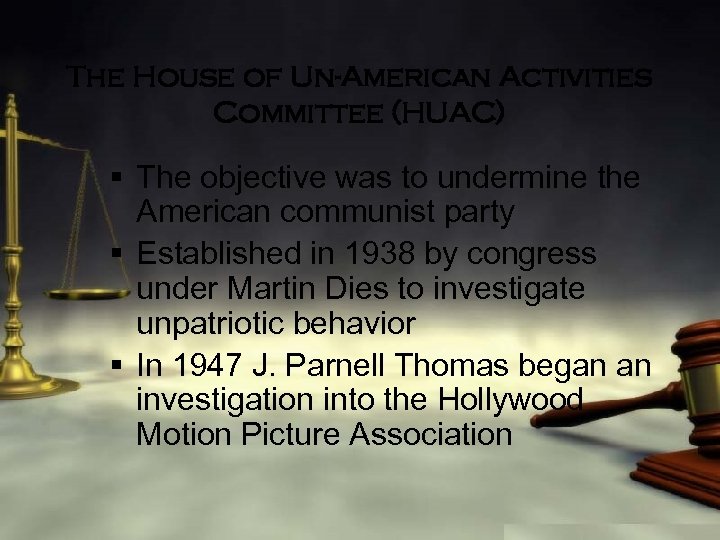 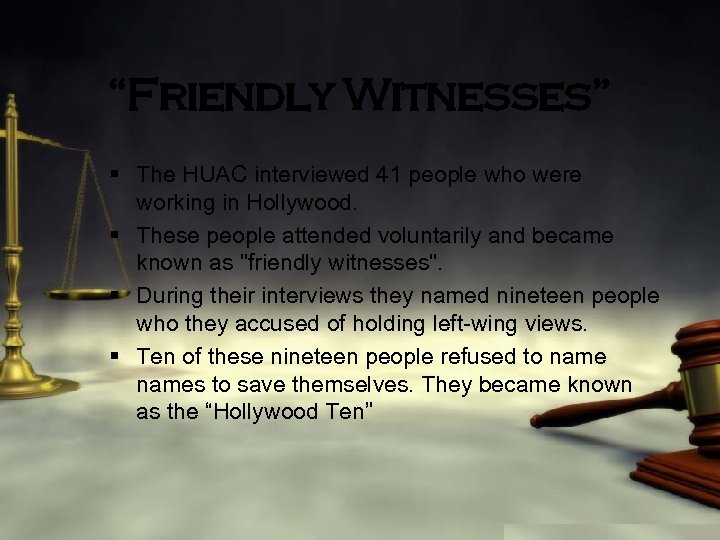 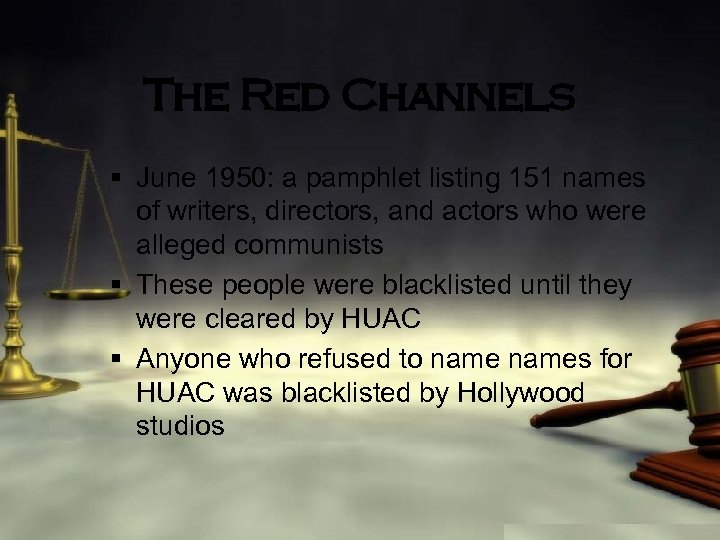 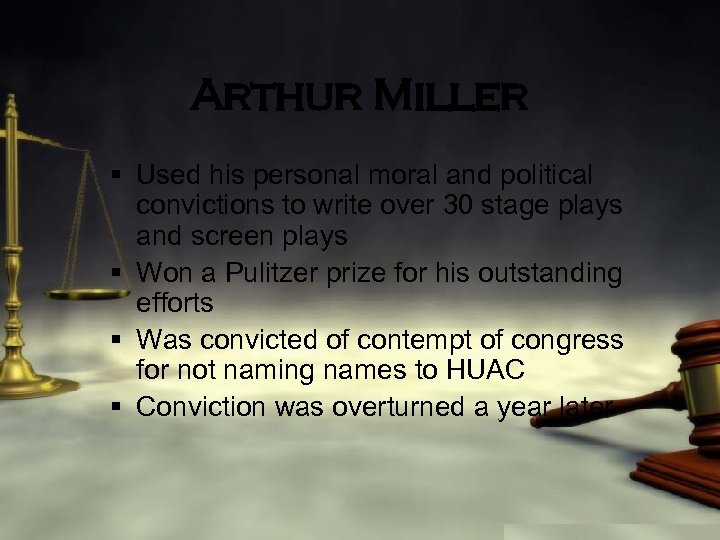 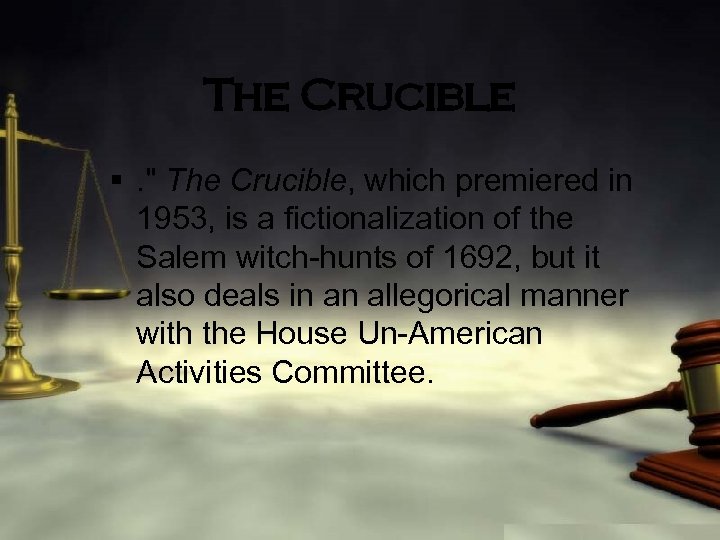 Mc. Carthyism § Throughout the 1940 s and 1950 s America was overwhelmed with concerns about the threat of communism growing in Eastern Europe and China. Capitalizing on those concerns, a young Senator named Joseph Mc. Carthy made a public accusation that more than two hundred “card-carrying” communists had infiltrated the United States government.

The Alien Registration Act § passed by Congress on 29 th June, 1940 § made it illegal for anyone in the United States to advocate, aide, or teach the desirability of overthrowing the government. § The law also required all alien residents in the U. S. over 14 years of age to file statement of their personal and occupational status their political beliefs.

Senator Mc. Carthy § A senator from Wisconsin § He accused hundreds of politician, writers, directors, entertainers, and homosexuals of communist affiliation § Made it clear to witnesses that the only way to show allegiance to U. S. was to names of others in the communist party § His trials were highly publicized and ruined many careers

The House of Un-American Activities Committee (HUAC) § The objective was to undermine the American communist party § Established in 1938 by congress under Martin Dies to investigate unpatriotic behavior § In 1947 J. Parnell Thomas began an investigation into the Hollywood Motion Picture Association

“Friendly Witnesses” § The HUAC interviewed 41 people who were working in Hollywood. § These people attended voluntarily and became known as "friendly witnesses". § During their interviews they named nineteen people who they accused of holding left-wing views. § Ten of these nineteen people refused to names to save themselves. They became known as the “Hollywood Ten”

The Red Channels § June 1950: a pamphlet listing 151 names of writers, directors, and actors who were alleged communists § These people were blacklisted until they were cleared by HUAC § Anyone who refused to names for HUAC was blacklisted by Hollywood studios

The Crucible §. " The Crucible, which premiered in 1953, is a fictionalization of the Salem witch-hunts of 1692, but it also deals in an allegorical manner with the House Un-American Activities Committee.