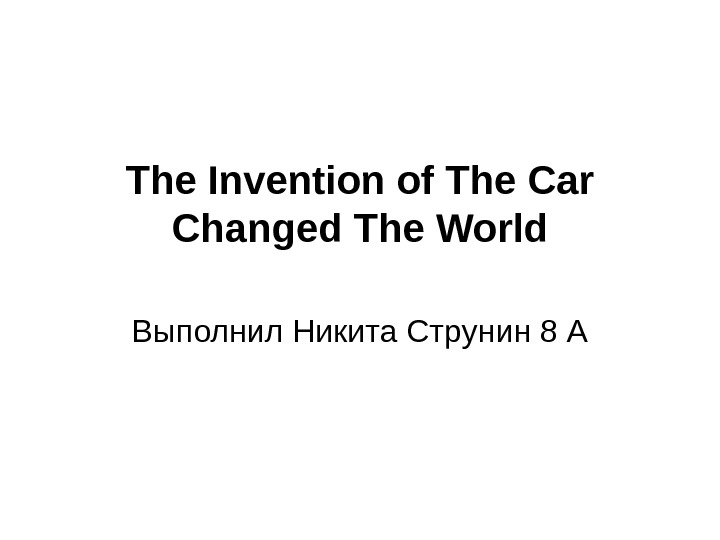 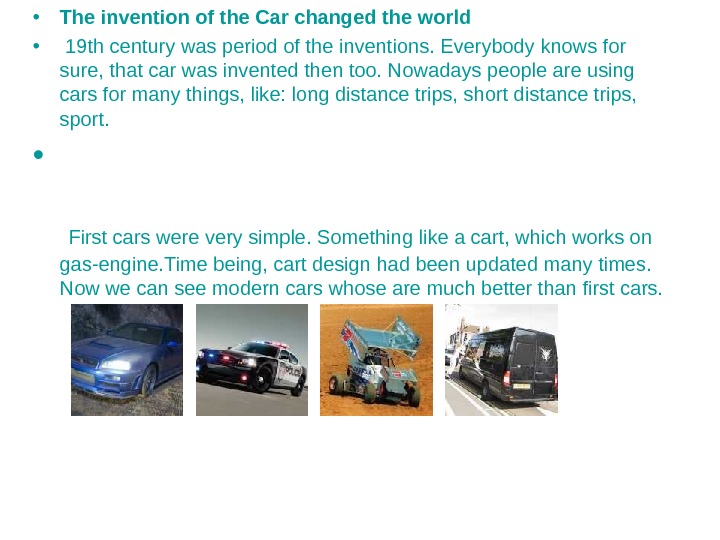 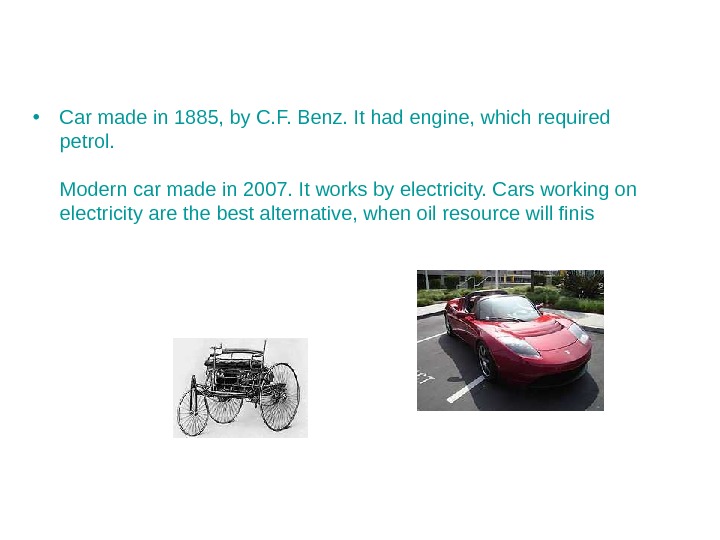 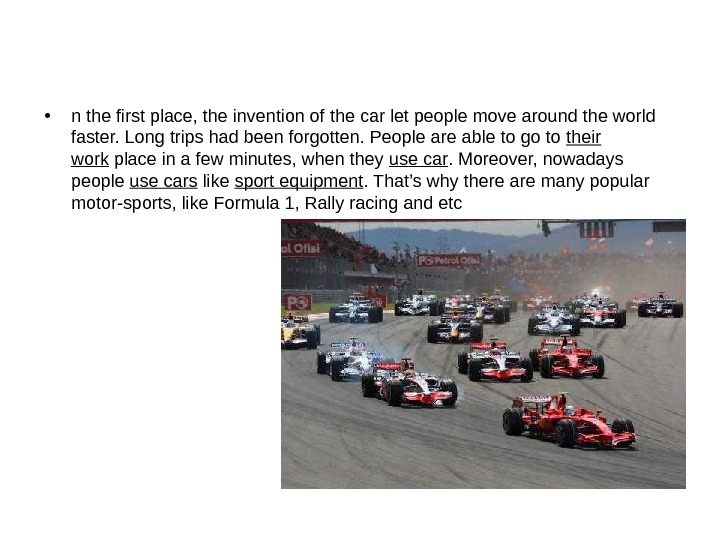 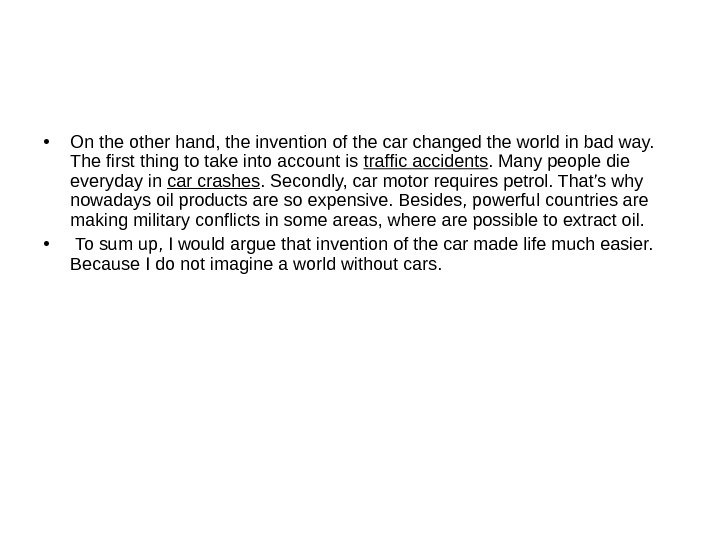 Скачать презентацию The Invention of The Car Changed The World

• The invention of the Car changed the world • 19 th century was period of the inventions. Everybody knows for sure, that car was invented then too. Nowadays people are using cars for many things, like: long distance trips, short distance trips, sport. • First cars were very simple. Something like a cart, which works on gas-engine. Time being, cart design had been updated many times. Now we can see modern cars whose are much better than first cars.

• Car made in 1885, by C. F. Benz. It had engine, which required petrol. Modern car made in 2007. It works by electricity. Cars working on electricity are the best alternative, when oil resource will finis

• n the first place, the invention of the car let people move around the world faster. Long trips had been forgotten. People are able to go to their work place in a few minutes, when they use car. Moreover, nowadays people use cars like sport equipment. That’s why there are many popular motor-sports, like Formula 1, Rally racing and etc

• On the other hand, the invention of the car changed the world in bad way. The first thing to take into account is traffic accidents. Many people die everyday in car crashes. Secondly, car motor requires petrol. That’s why nowadays oil products are so expensive. Besides, powerful countries are making military conflicts in some areas, where are possible to extract oil. • To sum up, I would argue that invention of the car made life much easier. Because I do not imagine a world without cars.