The interbank market is the wholesale 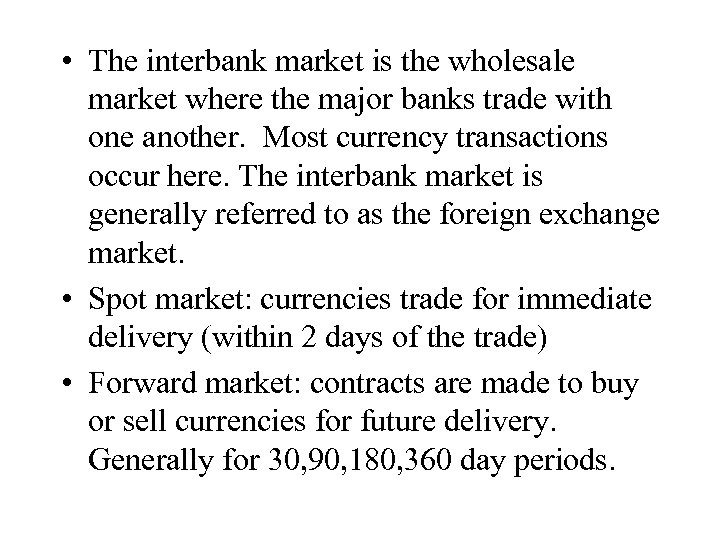 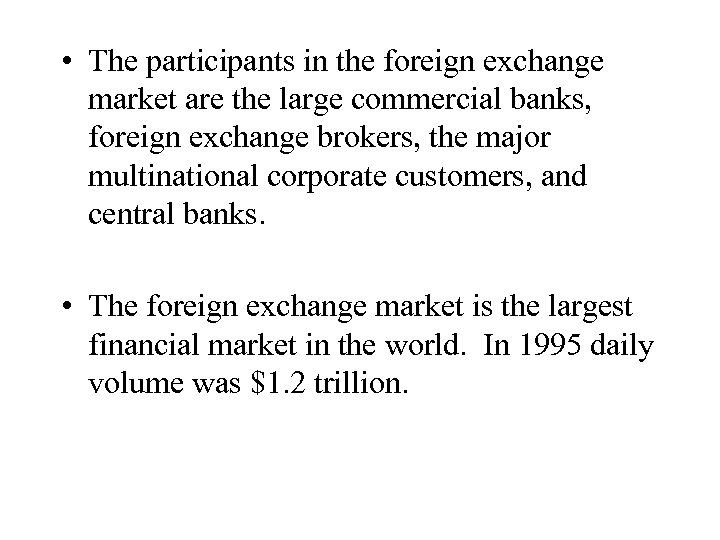 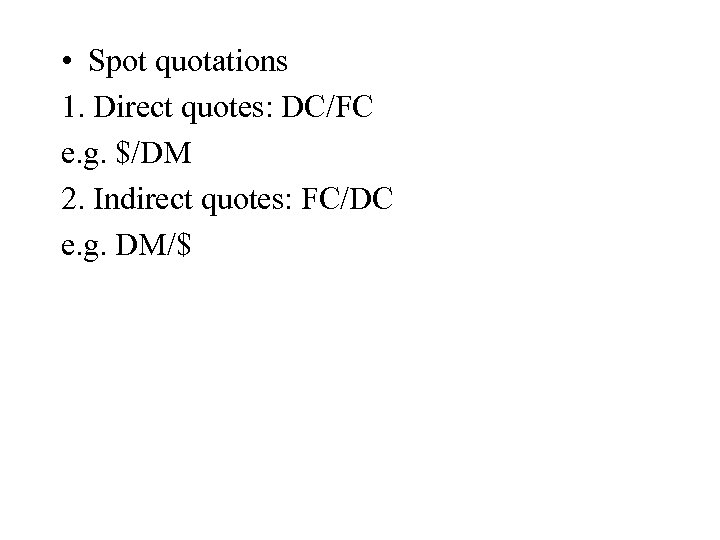 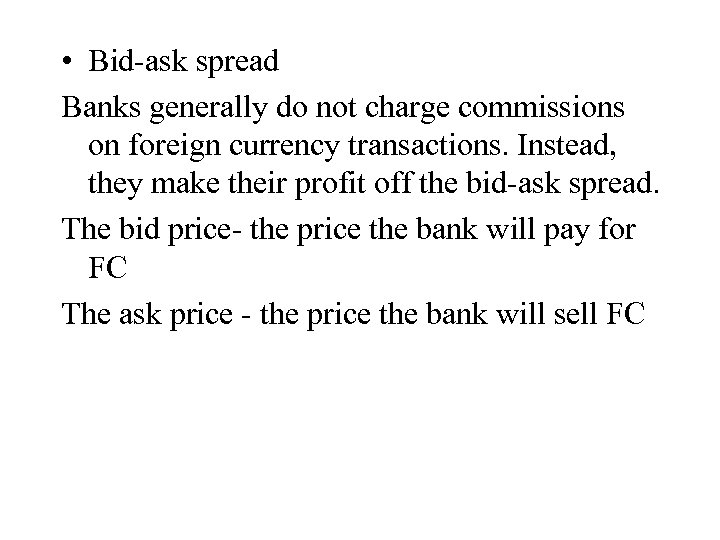 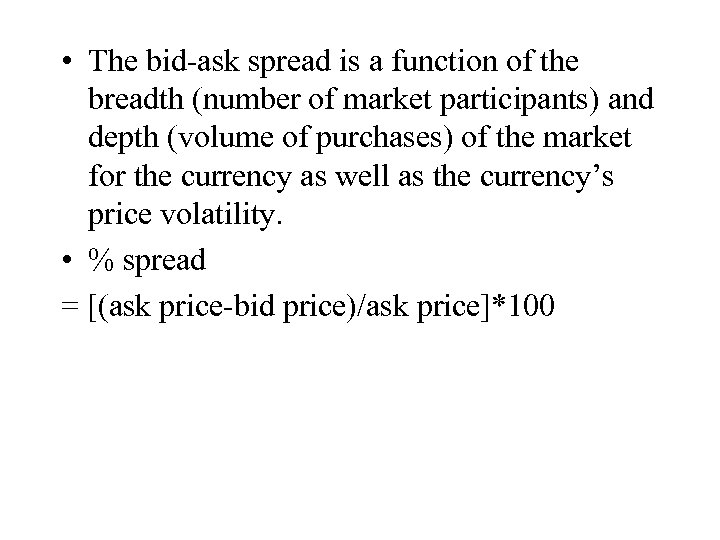 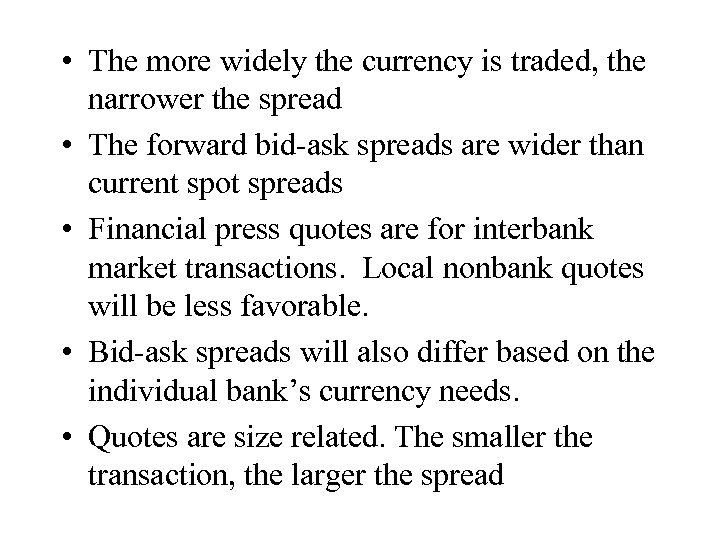 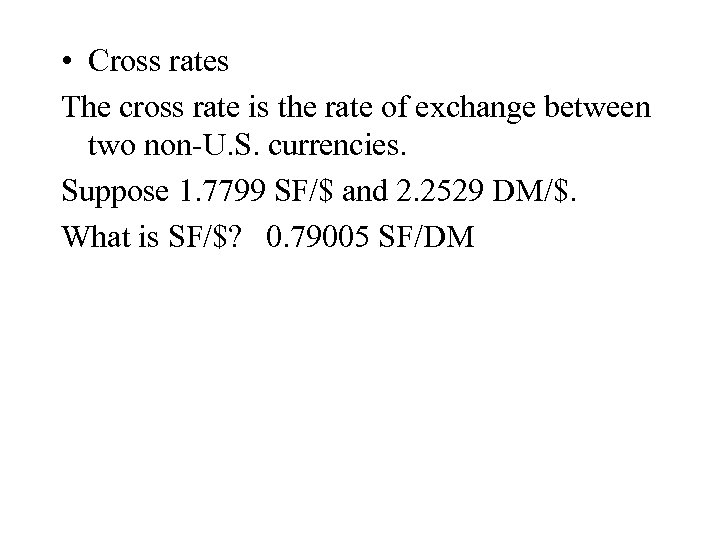 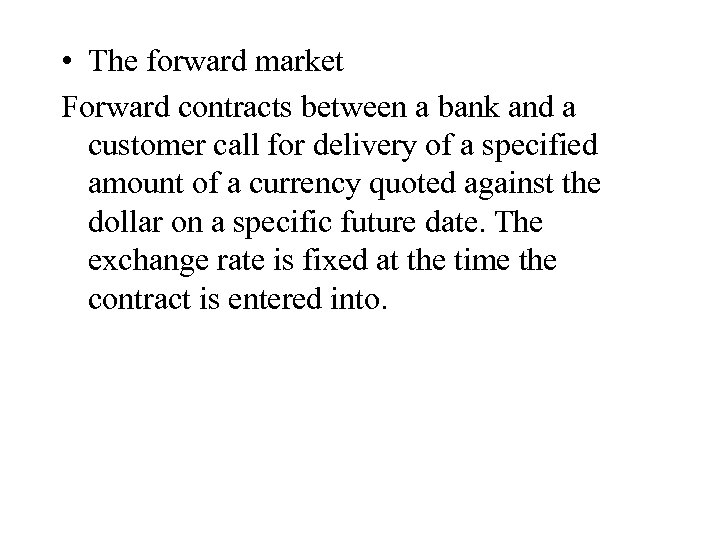 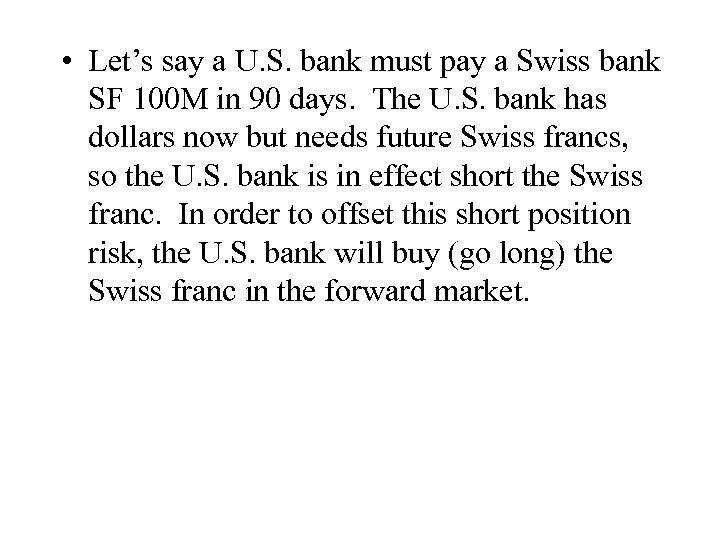 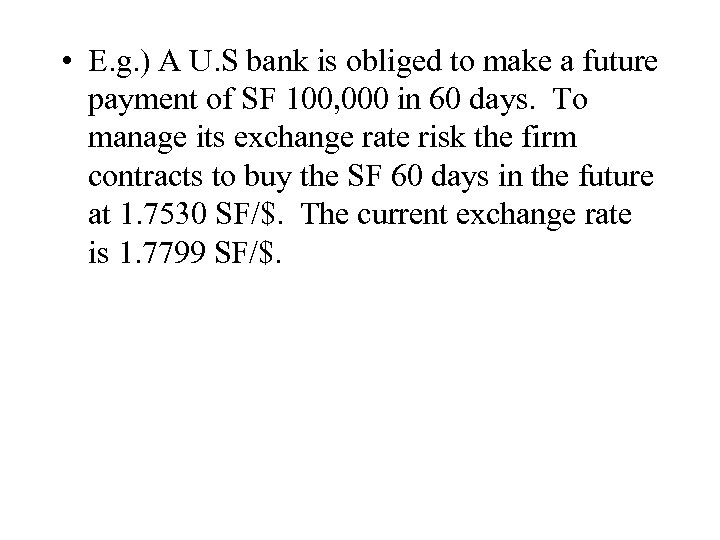 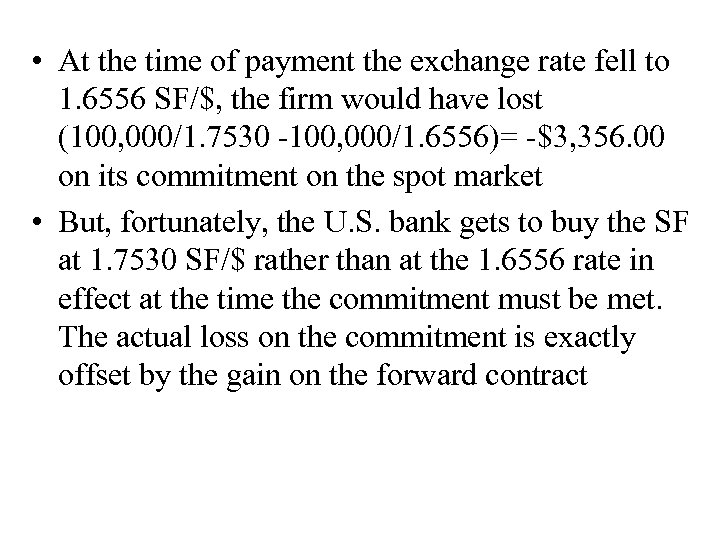 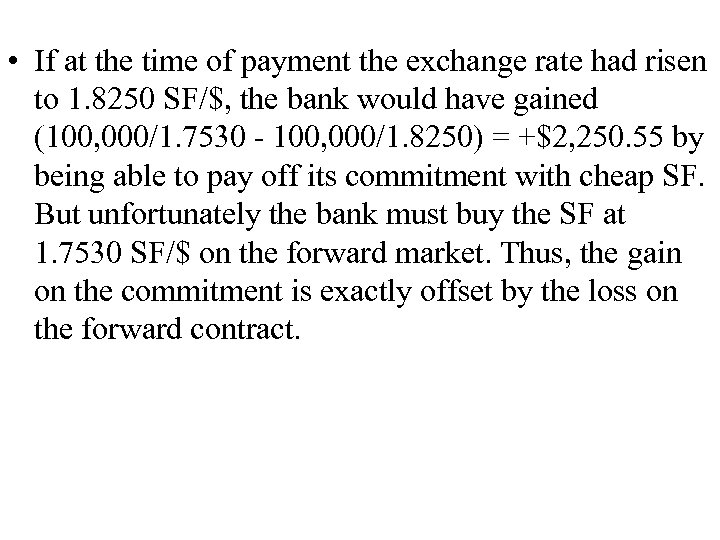 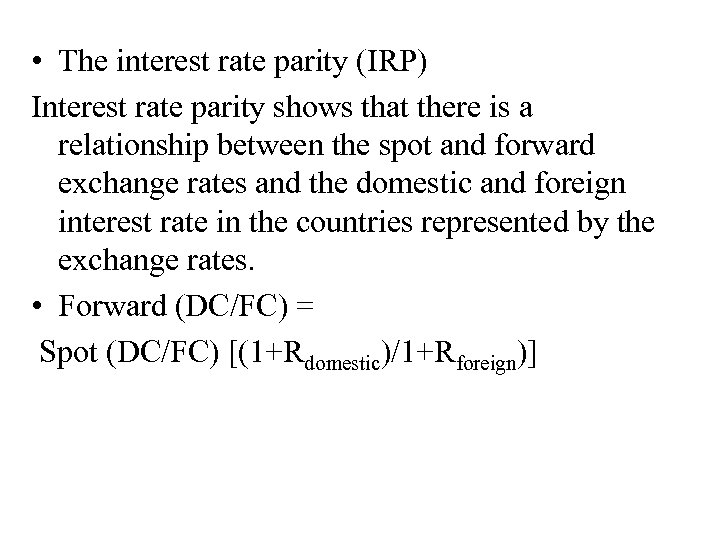 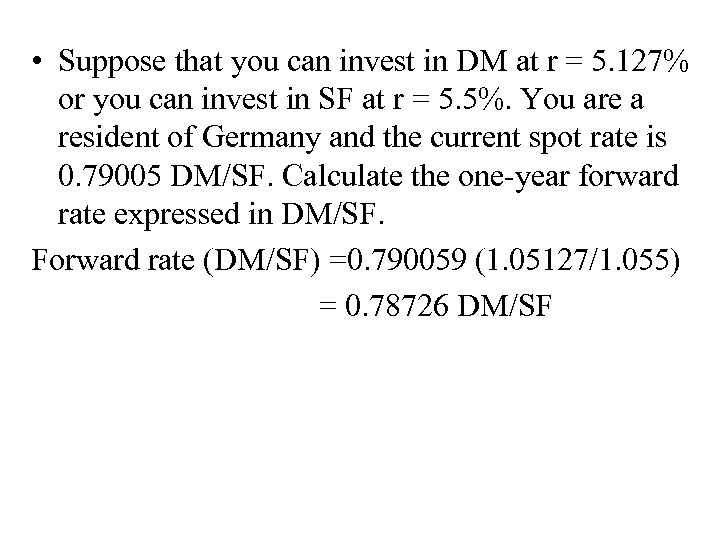 Скачать презентацию The interbank market is the wholesale

• The interbank market is the wholesale market where the major banks trade with one another. Most currency transactions occur here. The interbank market is generally referred to as the foreign exchange market. • Spot market: currencies trade for immediate delivery (within 2 days of the trade) • Forward market: contracts are made to buy or sell currencies for future delivery. Generally for 30, 90, 180, 360 day periods.

• The bid-ask spread is a function of the breadth (number of market participants) and depth (volume of purchases) of the market for the currency as well as the currency’s price volatility. • % spread = [(ask price-bid price)/ask price]*100

• The more widely the currency is traded, the narrower the spread • The forward bid-ask spreads are wider than current spot spreads • Financial press quotes are for interbank market transactions. Local nonbank quotes will be less favorable. • Bid-ask spreads will also differ based on the individual bank’s currency needs. • Quotes are size related. The smaller the transaction, the larger the spread

• The forward market Forward contracts between a bank and a customer call for delivery of a specified amount of a currency quoted against the dollar on a specific future date. The exchange rate is fixed at the time the contract is entered into.