The History and the significance of Modern Israel 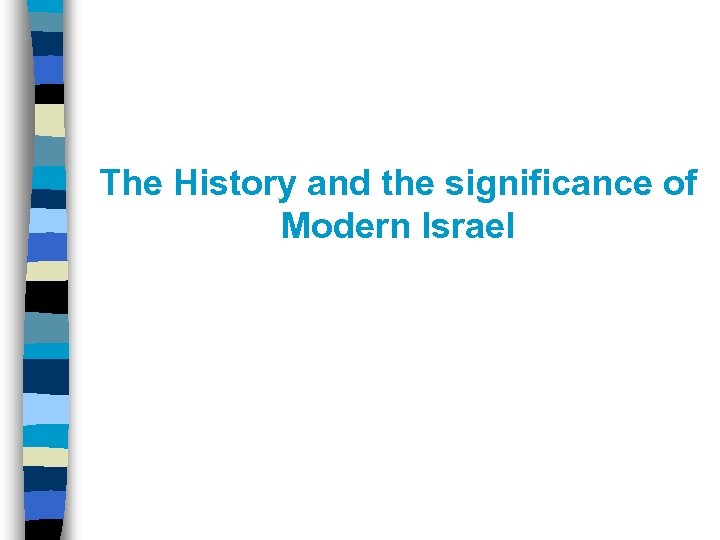 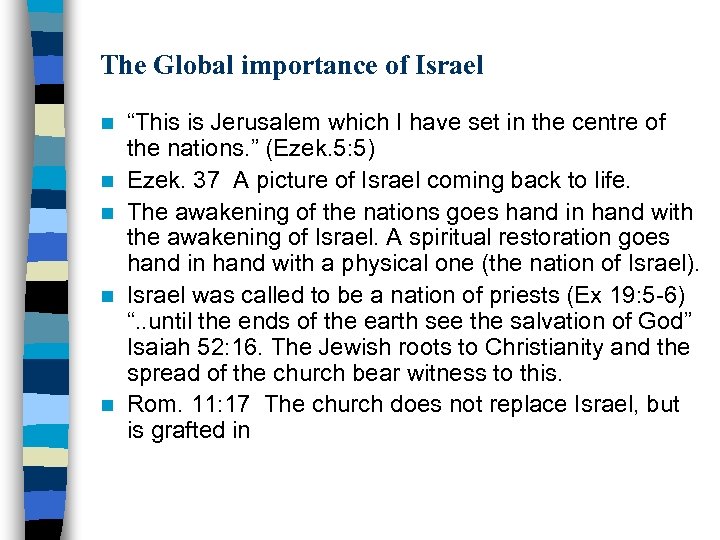 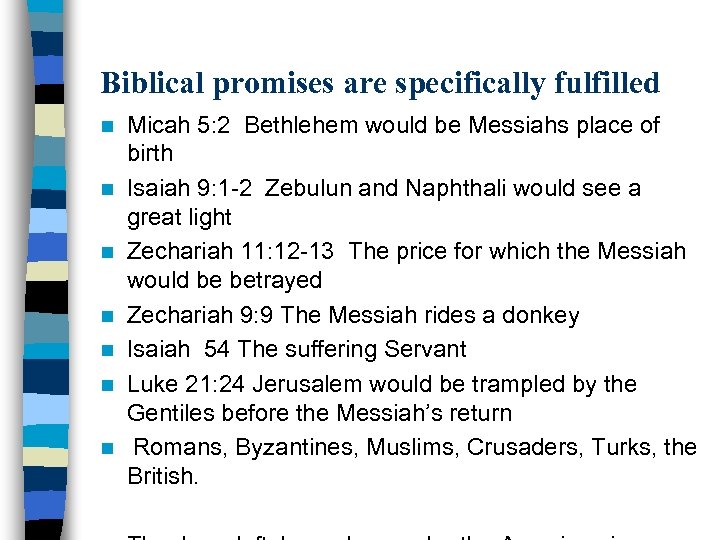 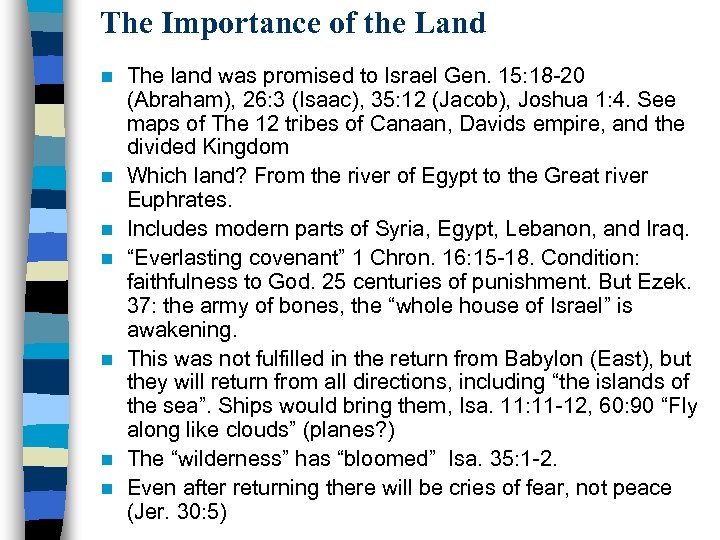 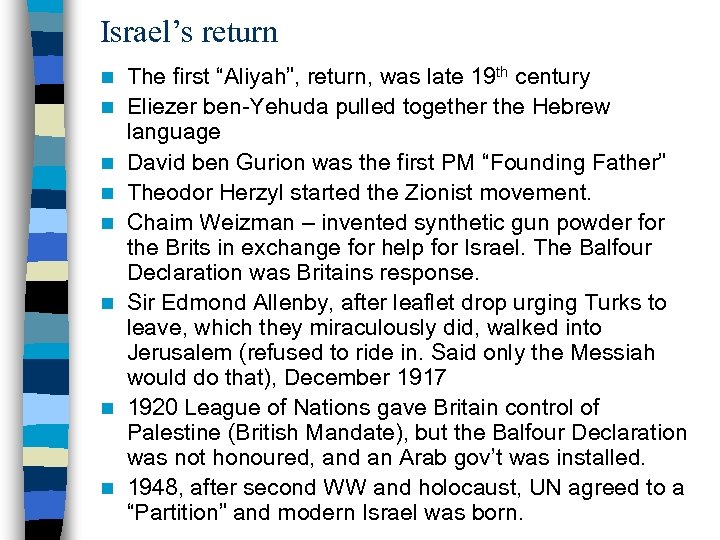 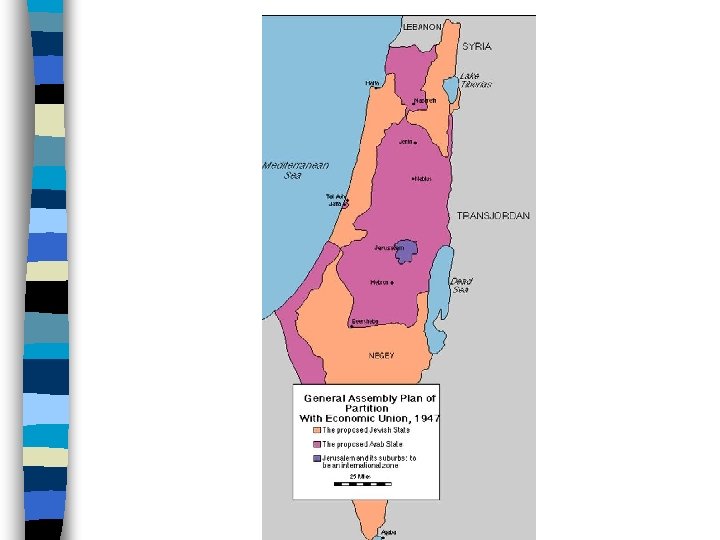 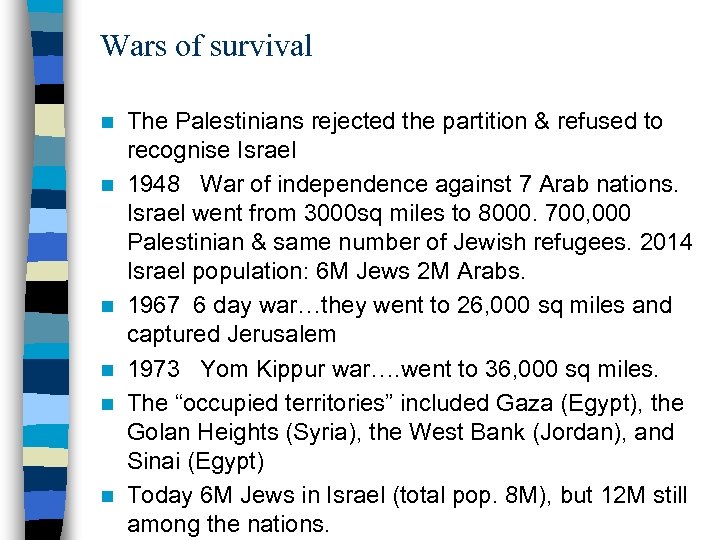 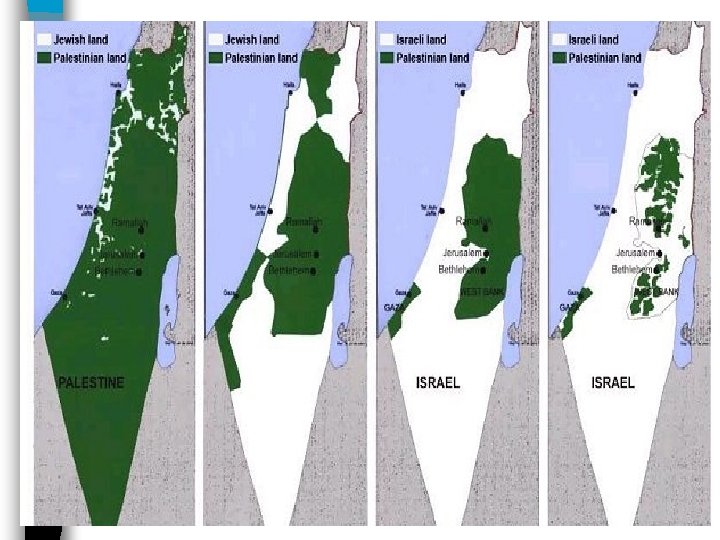 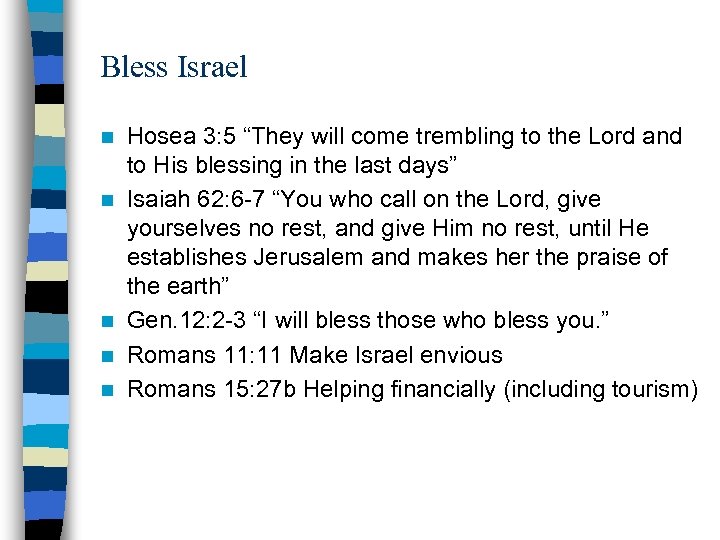 Скачать презентацию The History and the significance of Modern Israel

The History and the significance of Modern Israel

The Global importance of Israel n n n “This is Jerusalem which I have set in the centre of the nations. ” (Ezek. 5: 5) Ezek. 37 A picture of Israel coming back to life. The awakening of the nations goes hand in hand with the awakening of Israel. A spiritual restoration goes hand in hand with a physical one (the nation of Israel). Israel was called to be a nation of priests (Ex 19: 5 -6) “. . until the ends of the earth see the salvation of God” Isaiah 52: 16. The Jewish roots to Christianity and the spread of the church bear witness to this. Rom. 11: 17 The church does not replace Israel, but is grafted in

Biblical promises are specifically fulfilled n n n n Micah 5: 2 Bethlehem would be Messiahs place of birth Isaiah 9: 1 -2 Zebulun and Naphthali would see a great light Zechariah 11: 12 -13 The price for which the Messiah would be betrayed Zechariah 9: 9 The Messiah rides a donkey Isaiah 54 The suffering Servant Luke 21: 24 Jerusalem would be trampled by the Gentiles before the Messiah’s return Romans, Byzantines, Muslims, Crusaders, Turks, the British.

Israel’s return n n n n The first “Aliyah”, return, was late 19 th century Eliezer ben-Yehuda pulled together the Hebrew language David ben Gurion was the first PM “Founding Father” Theodor Herzyl started the Zionist movement. Chaim Weizman – invented synthetic gun powder for the Brits in exchange for help for Israel. The Balfour Declaration was Britains response. Sir Edmond Allenby, after leaflet drop urging Turks to leave, which they miraculously did, walked into Jerusalem (refused to ride in. Said only the Messiah would do that), December 1917 1920 League of Nations gave Britain control of Palestine (British Mandate), but the Balfour Declaration was not honoured, and an Arab gov’t was installed. 1948, after second WW and holocaust, UN agreed to a “Partition” and modern Israel was born.

Bless Israel n n n Hosea 3: 5 “They will come trembling to the Lord and to His blessing in the last days” Isaiah 62: 6 -7 “You who call on the Lord, give yourselves no rest, and give Him no rest, until He establishes Jerusalem and makes her the praise of the earth” Gen. 12: 2 -3 “I will bless those who bless you. ” Romans 11: 11 Make Israel envious Romans 15: 27 b Helping financially (including tourism)