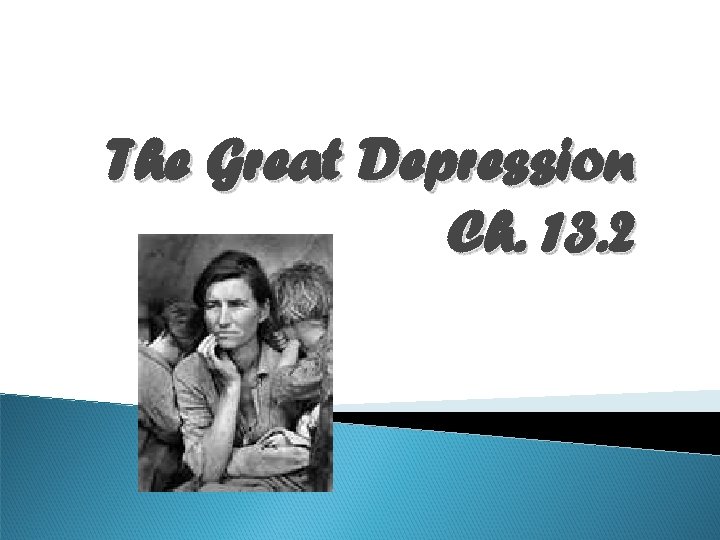 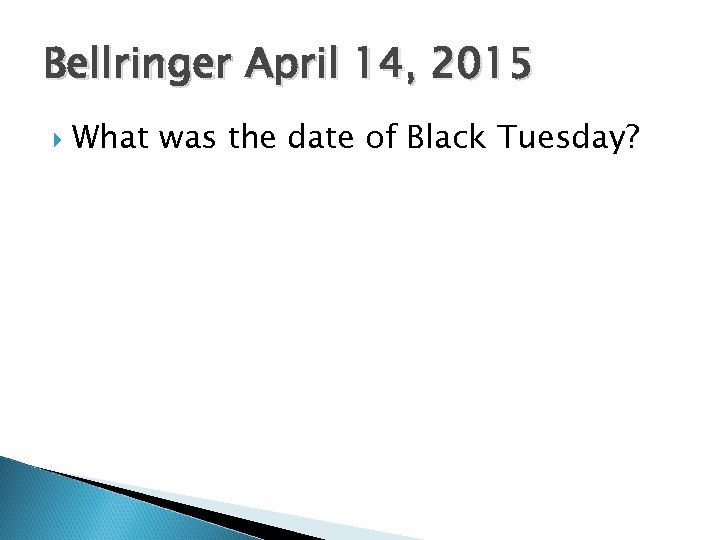 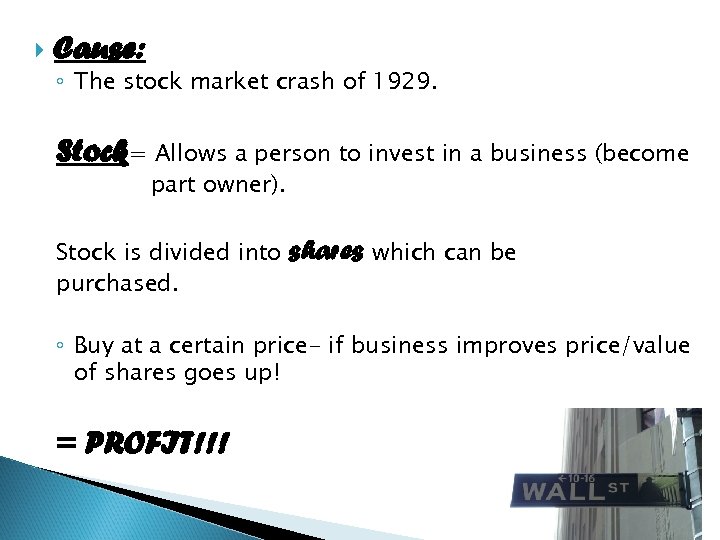 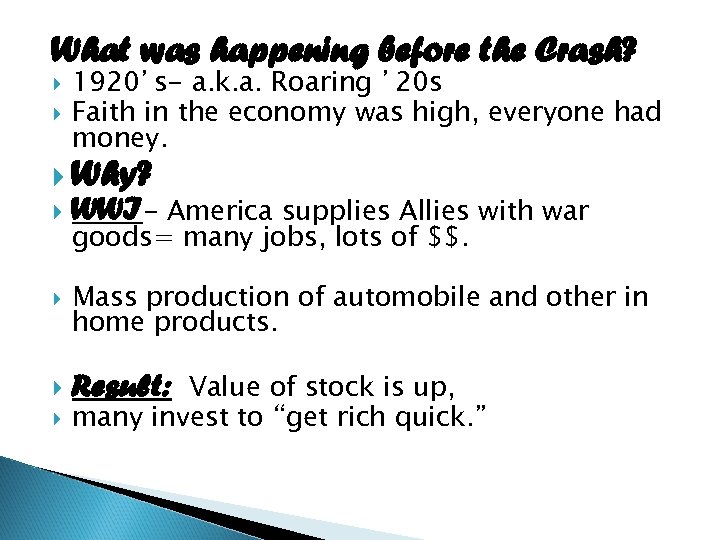 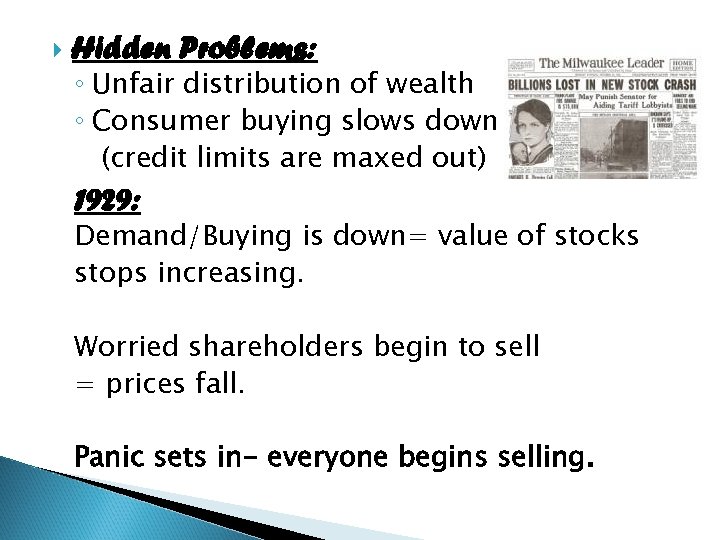 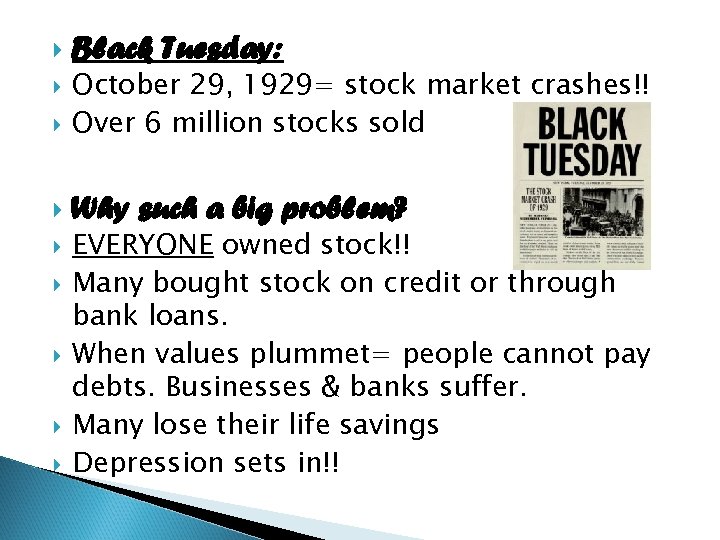 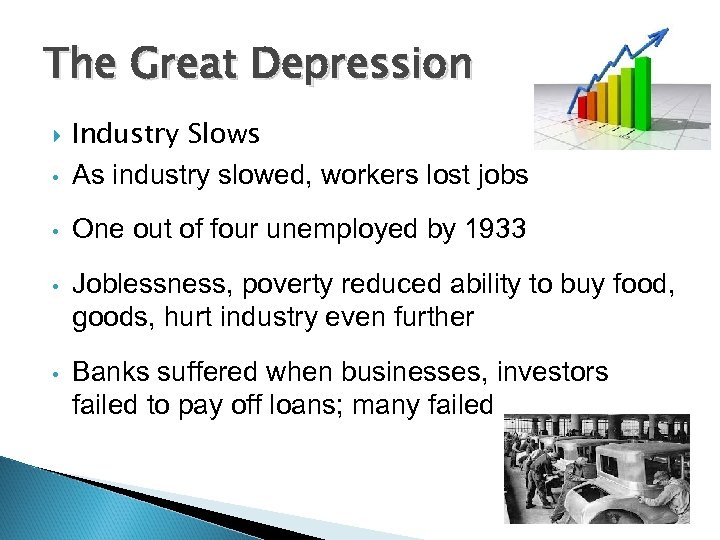 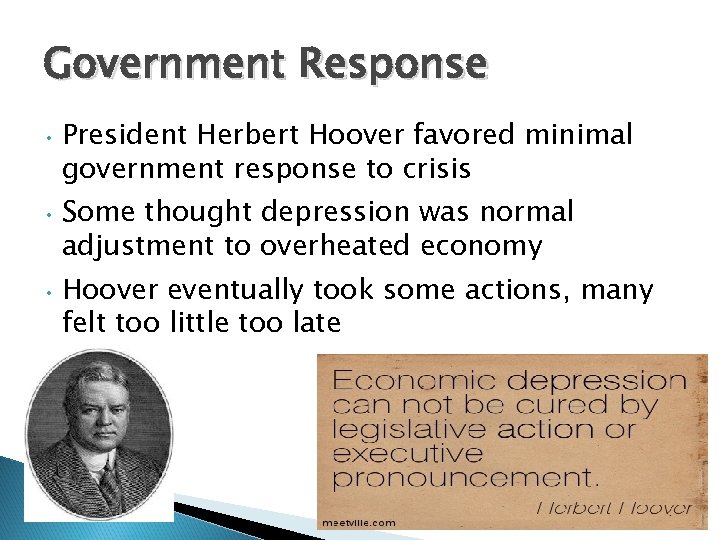 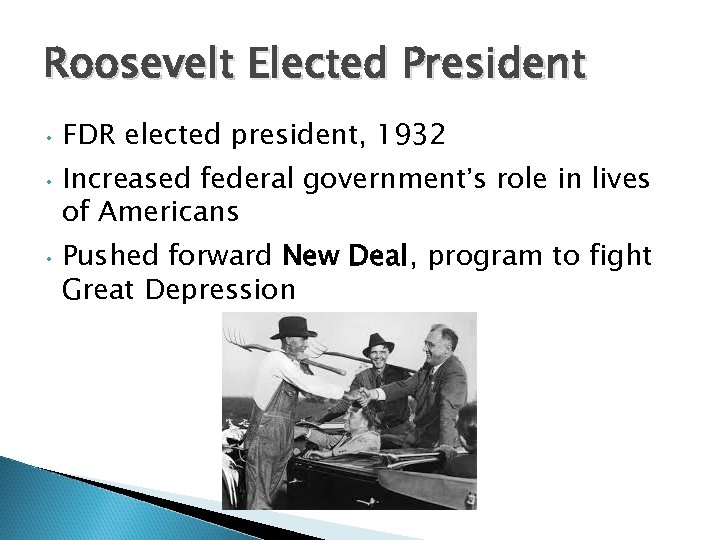 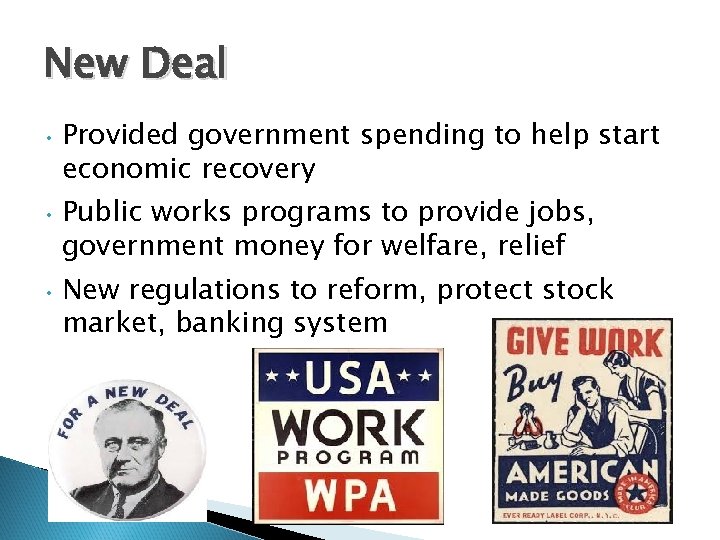 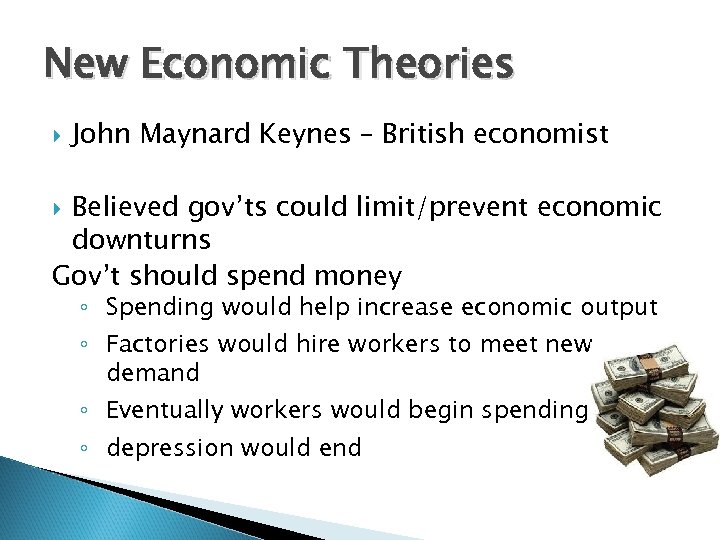 Bellringer April 14, 2015 What was the date of Black Tuesday?

Cause: ◦ The stock market crash of 1929. Stock= Allows a person to invest in a business (become part owner). Stock is divided into purchased. shares which can be ◦ Buy at a certain price- if business improves price/value of shares goes up! = PROFIT!!!

What was happening before the Crash? 1920’s- a. k. a. Roaring ’ 20 s Faith in the economy was high, everyone had money. Why? WWI- America supplies Allies with war goods= many jobs, lots of $$. Mass production of automobile and other in home products. Result: Value of stock is up, many invest to “get rich quick. ”

GREAT DEPRESSION IN THE USA DONE BY ALEXANDRA