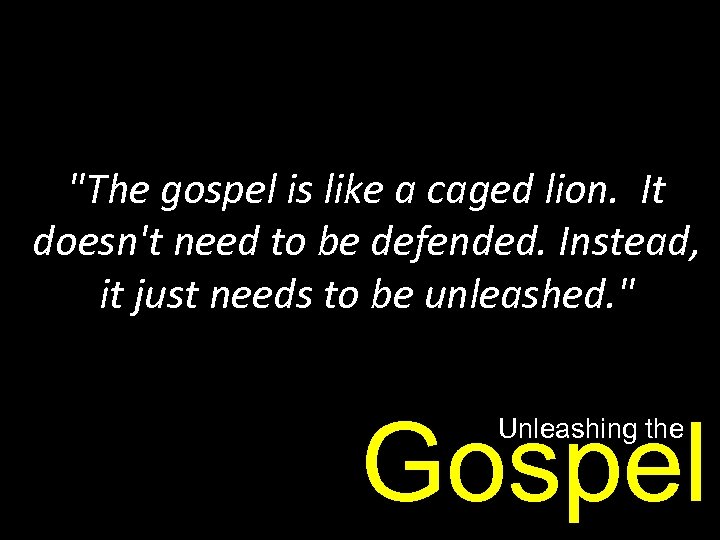 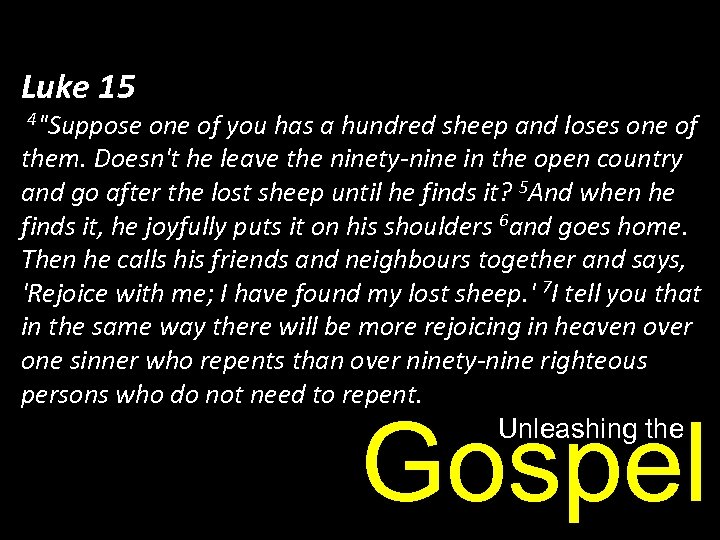 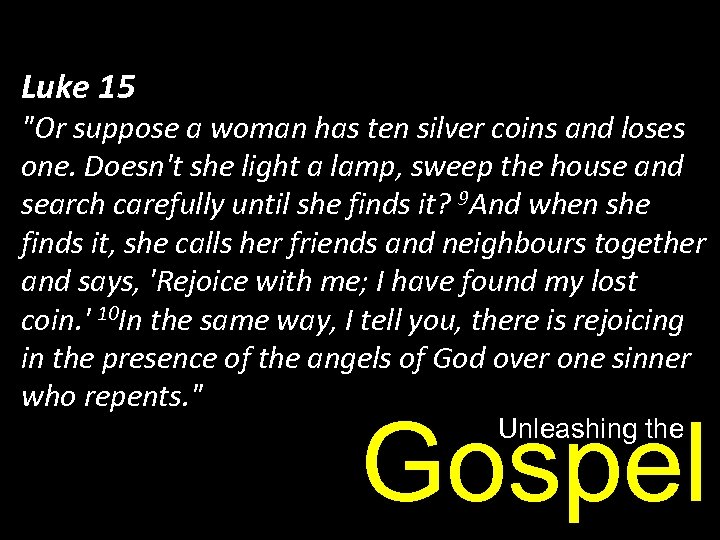 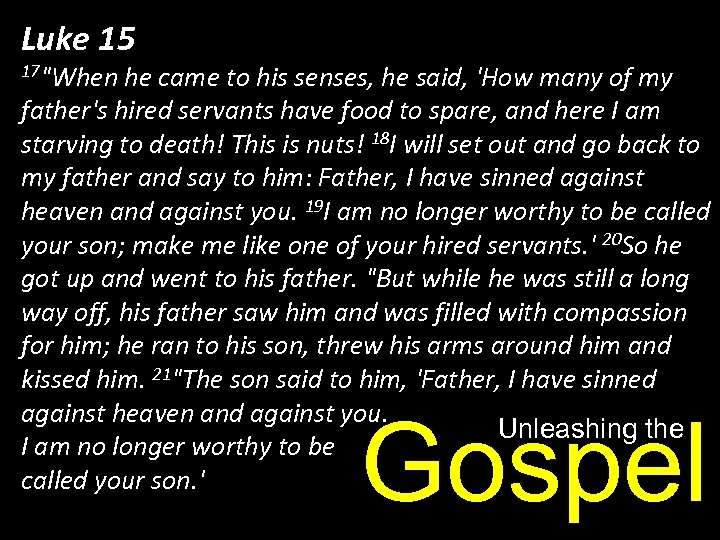 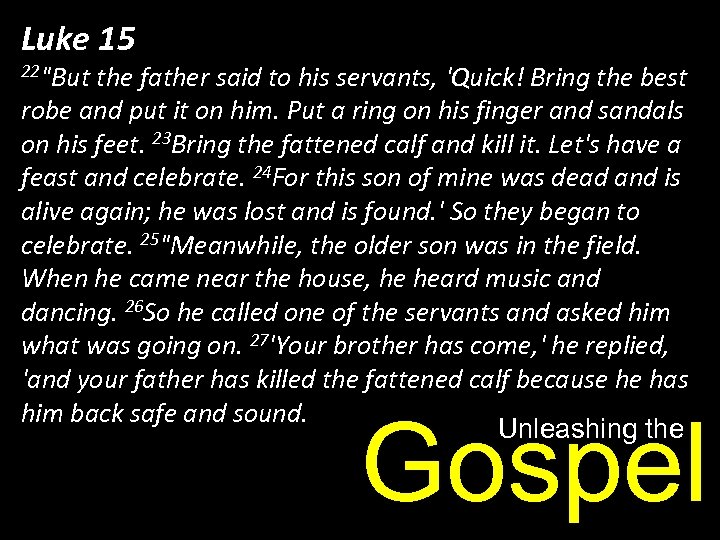 Скачать презентацию The gospel is like a caged lion It

"The gospel is like a caged lion. It doesn't need to be defended. Instead, it just needs to be unleashed. " Gospel Unleashing the

Genesis 12: 2 -3, I will make you into a great nation, and I will BLESS you. I will make your name great, and you will be a BLESSING. I will BLESS those who BLESS you, and whoever curses you I will curse. And all peoples on earth will be BLESSED through you. Gospel Unleashing the

Luke 15 4"Suppose one of you has a hundred sheep and loses one of them. Doesn't he leave the ninety-nine in the open country and go after the lost sheep until he finds it? 5 And when he finds it, he joyfully puts it on his shoulders 6 and goes home. Then he calls his friends and neighbours together and says, 'Rejoice with me; I have found my lost sheep. ' 7 I tell you that in the same way there will be more rejoicing in heaven over one sinner who repents than over ninety-nine righteous persons who do not need to repent. Unleashing the Gospel

Luke 15 "Or suppose a woman has ten silver coins and loses one. Doesn't she light a lamp, sweep the house and search carefully until she finds it? 9 And when she finds it, she calls her friends and neighbours together and says, 'Rejoice with me; I have found my lost coin. ' 10 In the same way, I tell you, there is rejoicing in the presence of the angels of God over one sinner who repents. " Gospel Unleashing the

Luke 15 "There was a man who had two sons. 12 The younger one said to his father, 'Father, give me my share of the estate. ' So he divided his property between them. 13"Not long after that, the younger son got together all he had, set off for a distant country and there squandered his wealth in wild living. 14 After he had spent everything, there was a severe famine in that whole country, and he began to be in need. 15 So he went and hired himself out to a citizen of that country, who sent him to his fields to feed pigs. 16 He longed to fill his stomach with the pods that the pigs were eating, but no one gave him anything. Unleashing the Gospel

Luke 15 22"But the father said to his servants, 'Quick! Bring the best robe and put it on him. Put a ring on his finger and sandals on his feet. 23 Bring the fattened calf and kill it. Let's have a feast and celebrate. 24 For this son of mine was dead and is alive again; he was lost and is found. ' So they began to celebrate. 25"Meanwhile, the older son was in the field. When he came near the house, he heard music and dancing. 26 So he called one of the servants and asked him what was going on. 27'Your brother has come, ' he replied, 'and your father has killed the fattened calf because he has him back safe and sound. Unleashing the Gospel

Luke 15 28"The older brother became angry and refused to go in. So his father went out and pleaded with him. 29 But he answered his father, 'Look! All these years I've been slaving for you and never disobeyed your orders. Yet you never gave me even a young goat so I could celebrate with my friends. 30 But when this son of yours who has squandered your property with prostitutes comes home, you kill the fattened calf for him!' 31" 'My son, ' the father said, 'you are always with me, and everything I have is yours. 32 But we had to celebrate and be glad, because this brother of yours was dead and is alive again; he was lost and is found. ' " Unleashing the Gospel

There is some money in my pocket There