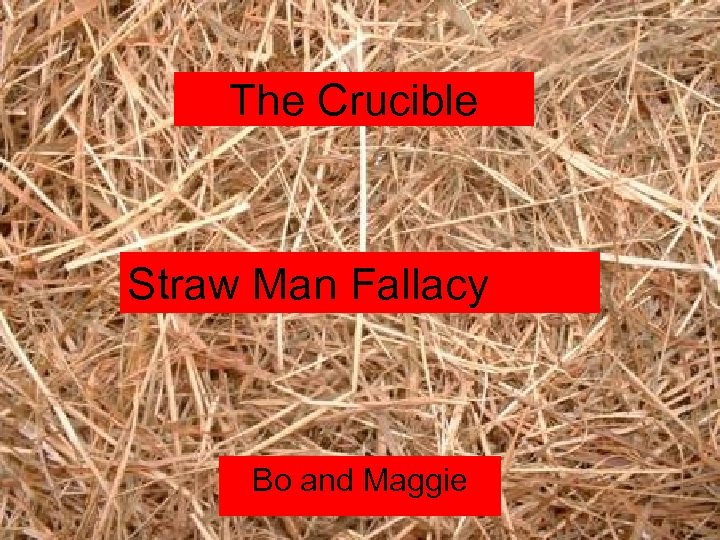 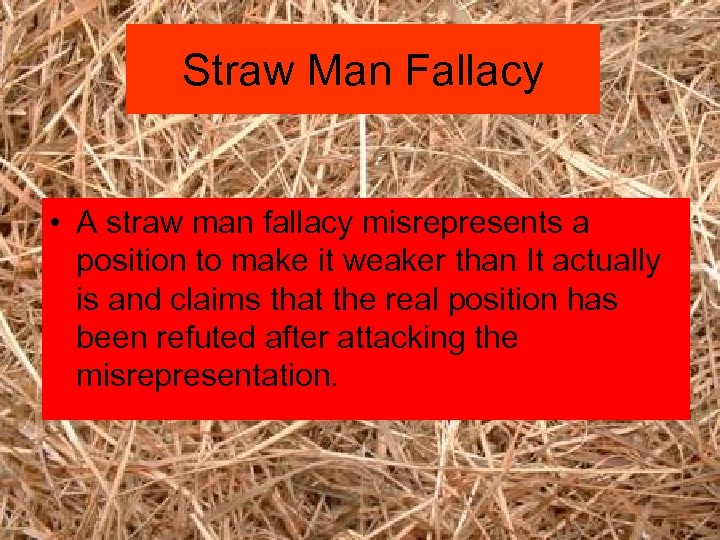 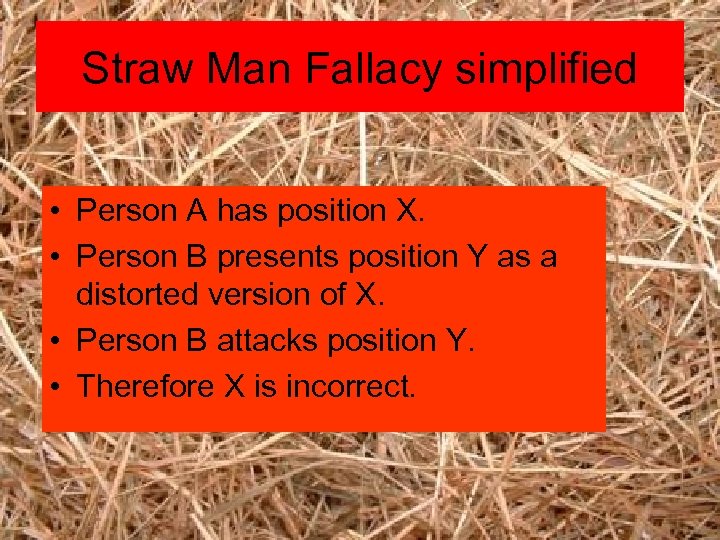 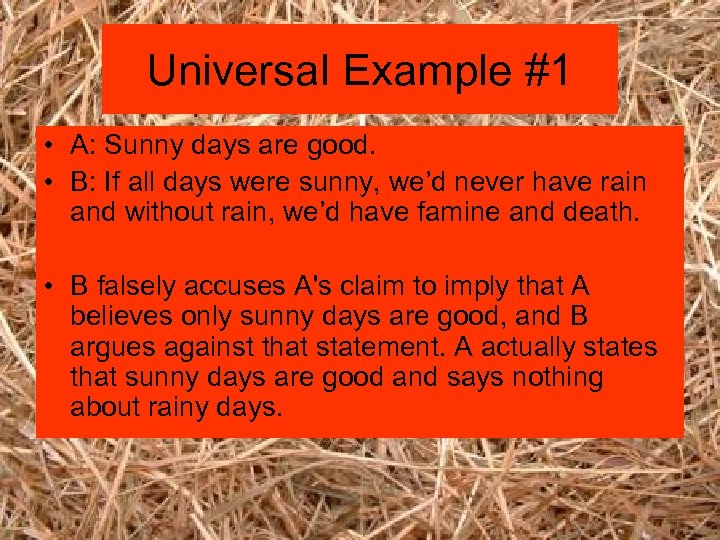 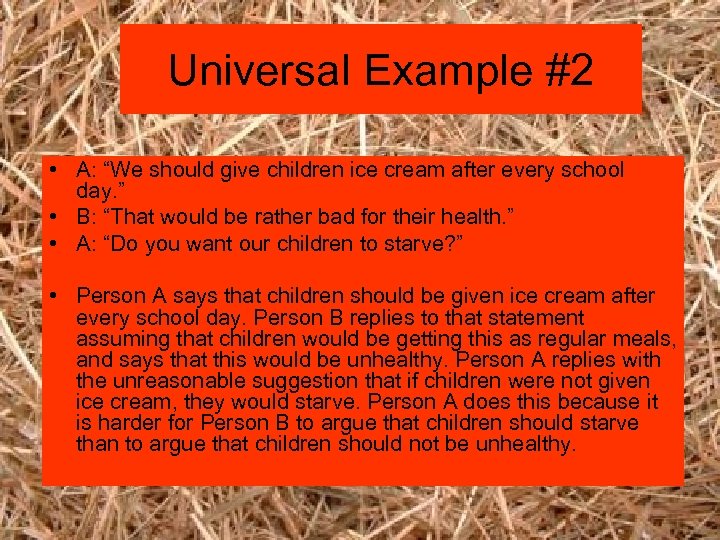 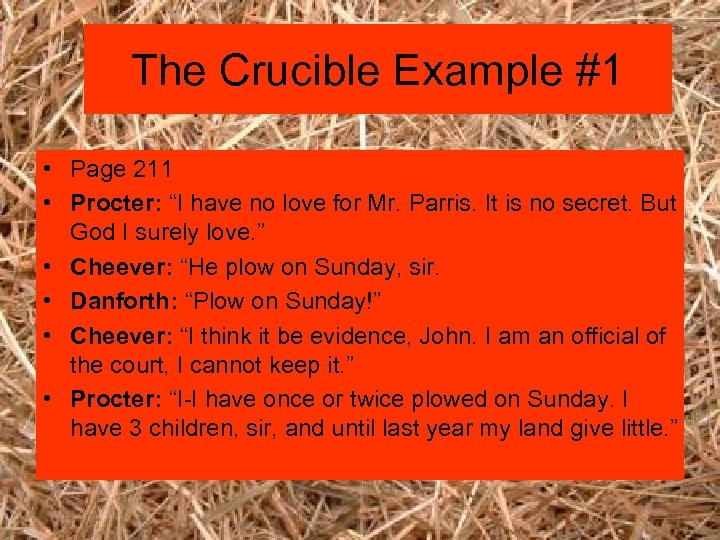 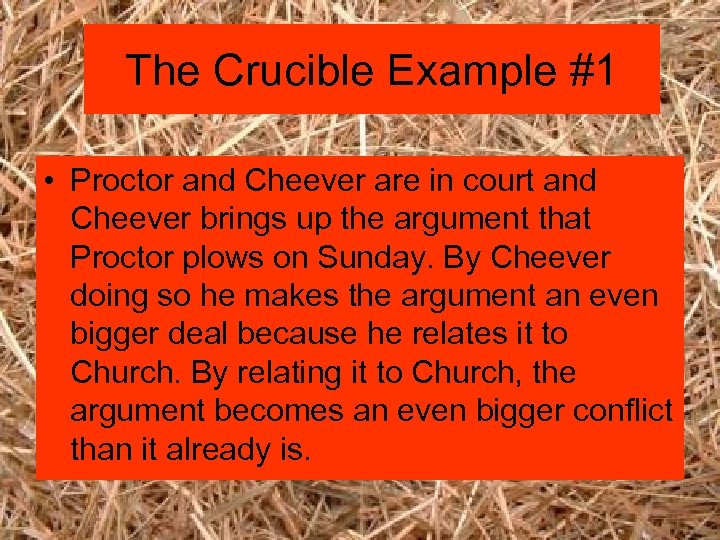 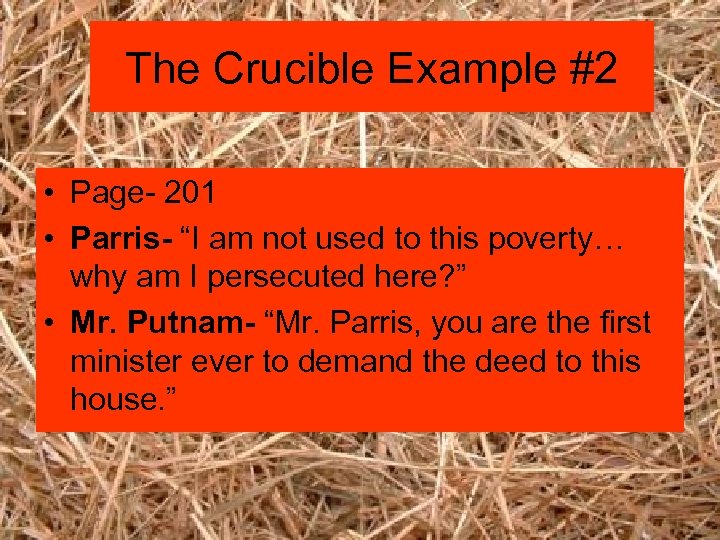 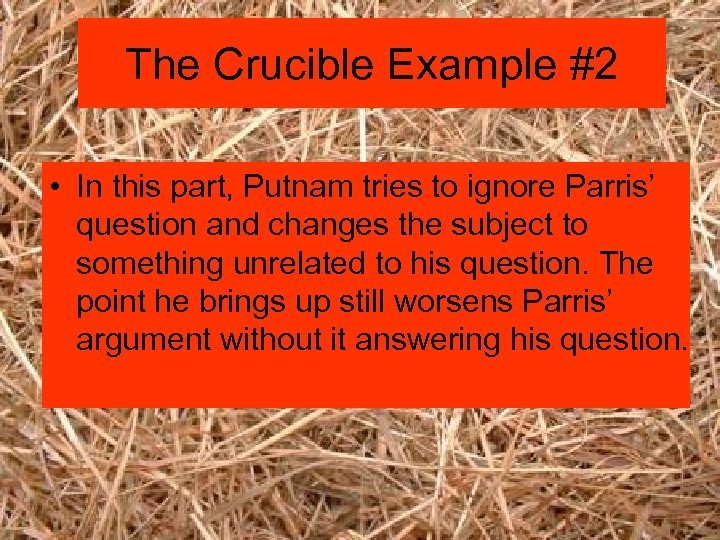 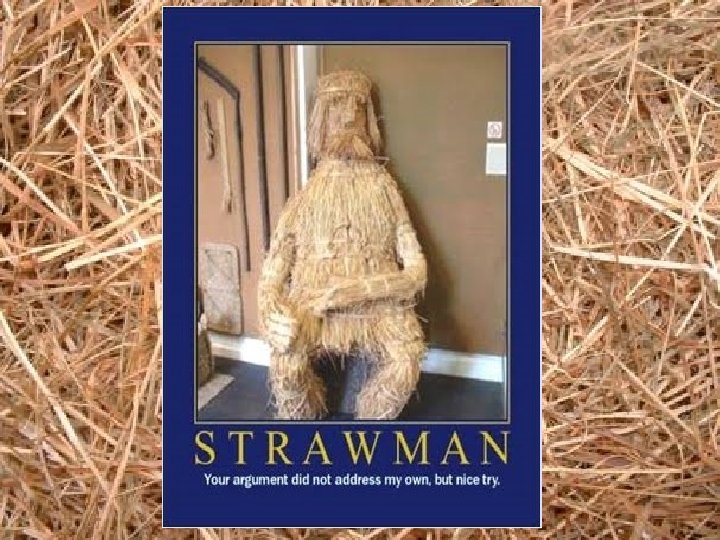 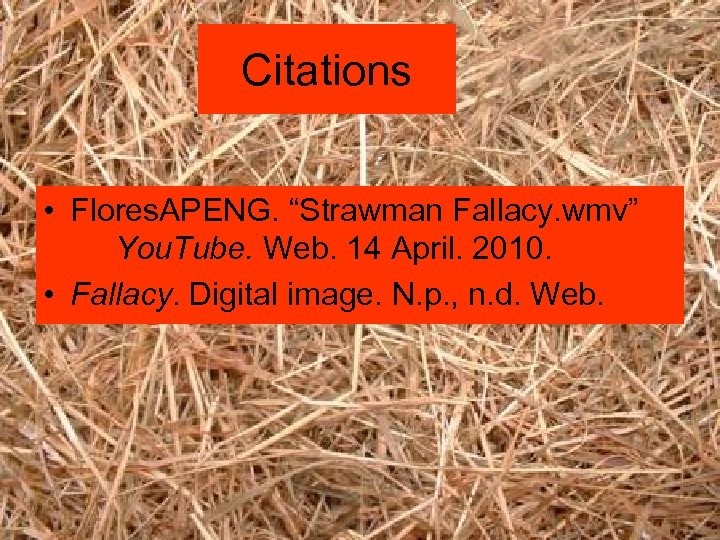 Straw Man Fallacy • A straw man fallacy misrepresents a position to make it weaker than It actually is and claims that the real position has been refuted after attacking the misrepresentation.

Universal Example #1 • A: Sunny days are good. • B: If all days were sunny, we’d never have rain and without rain, we’d have famine and death. • B falsely accuses A's claim to imply that A believes only sunny days are good, and B argues against that statement. A actually states that sunny days are good and says nothing about rainy days.

The Crucible Example #2 • In this part, Putnam tries to ignore Parris’ question and changes the subject to something unrelated to his question. The point he brings up still worsens Parris’ argument without it answering his question.