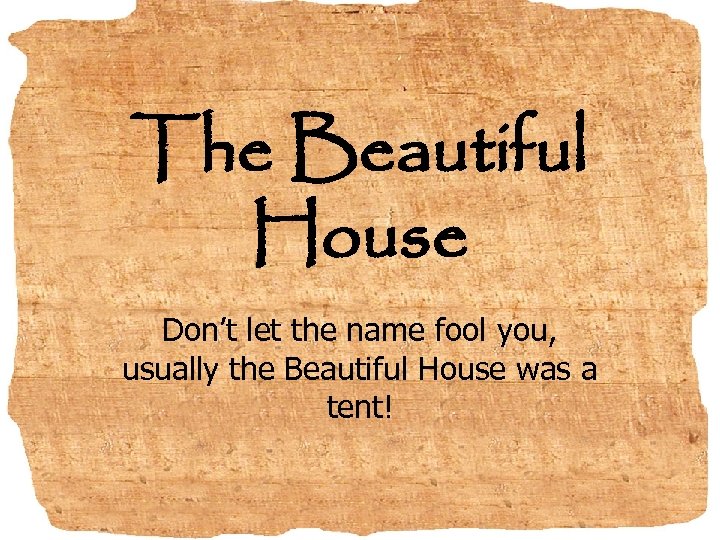 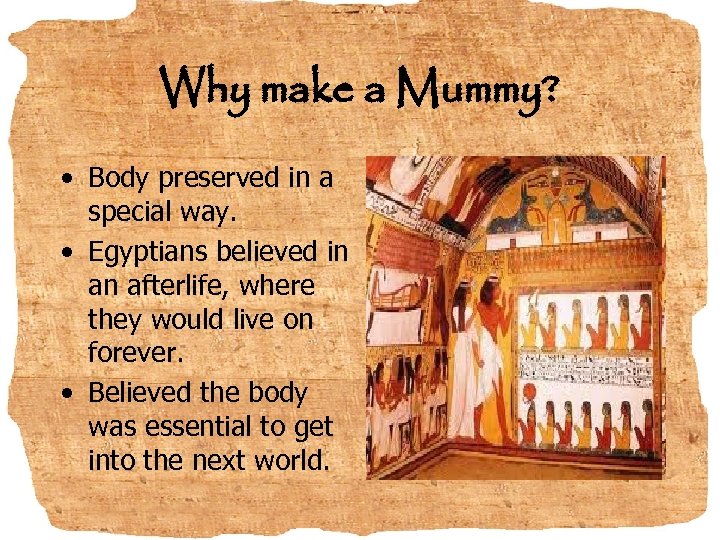 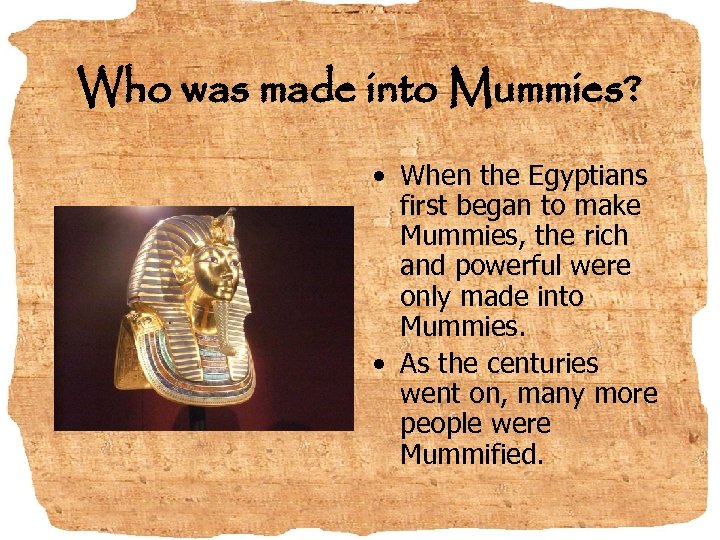 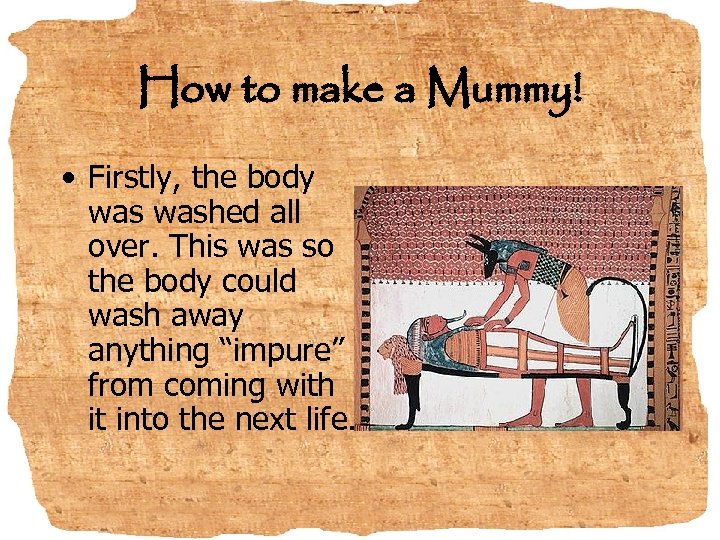 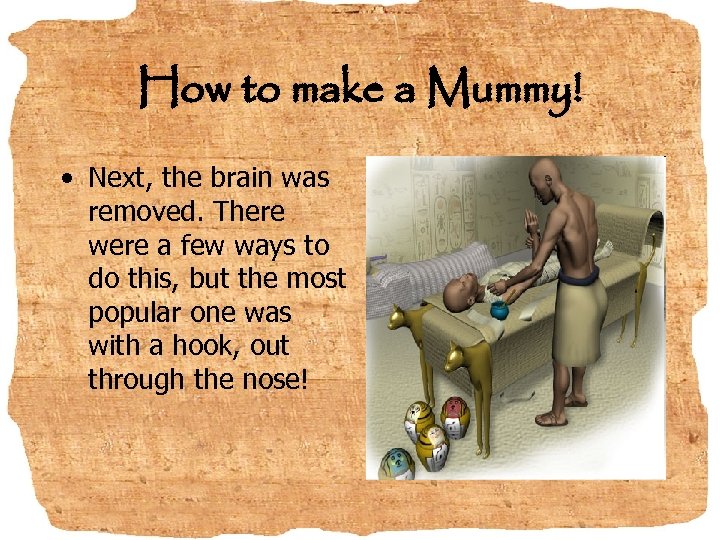 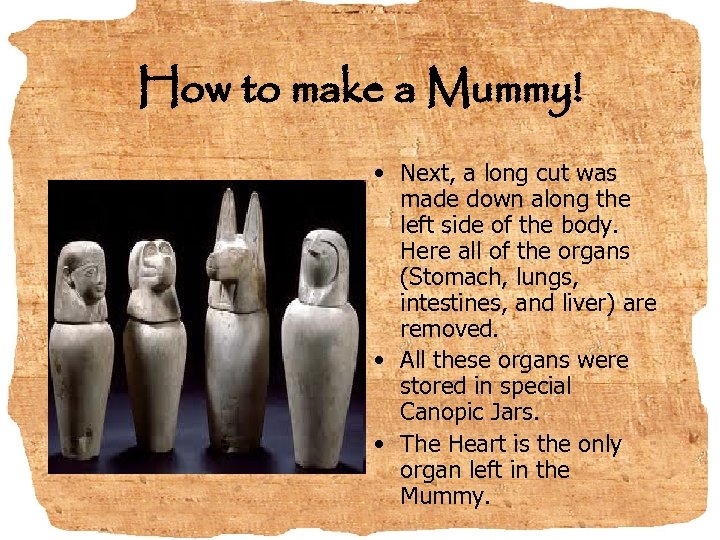 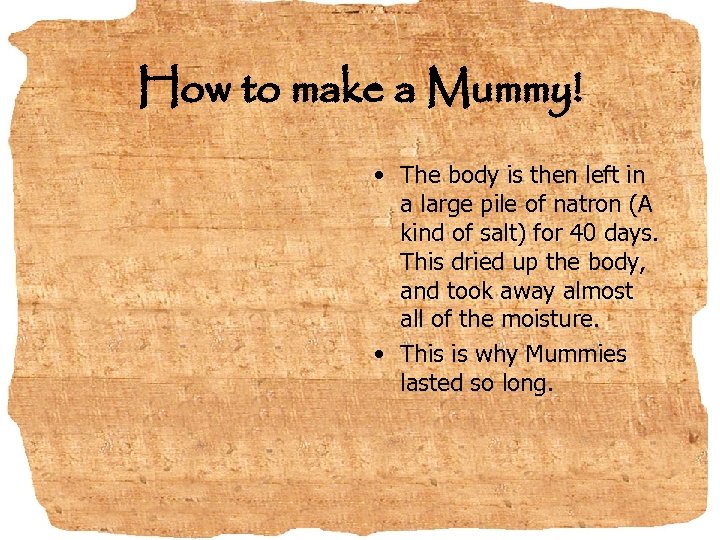 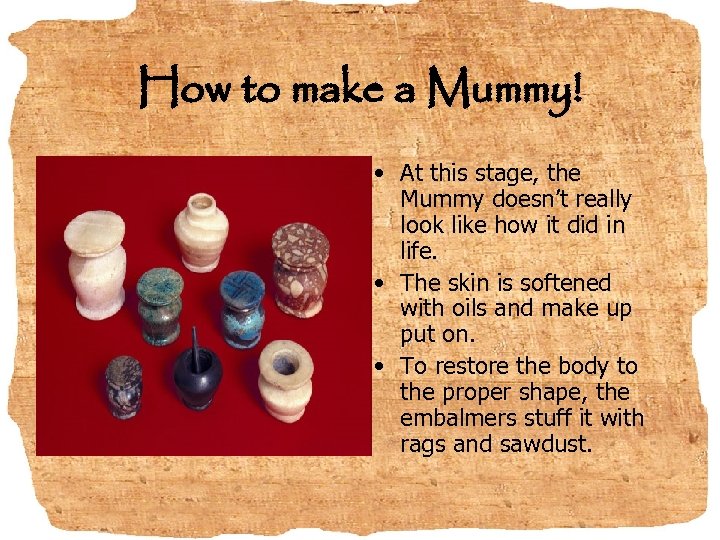 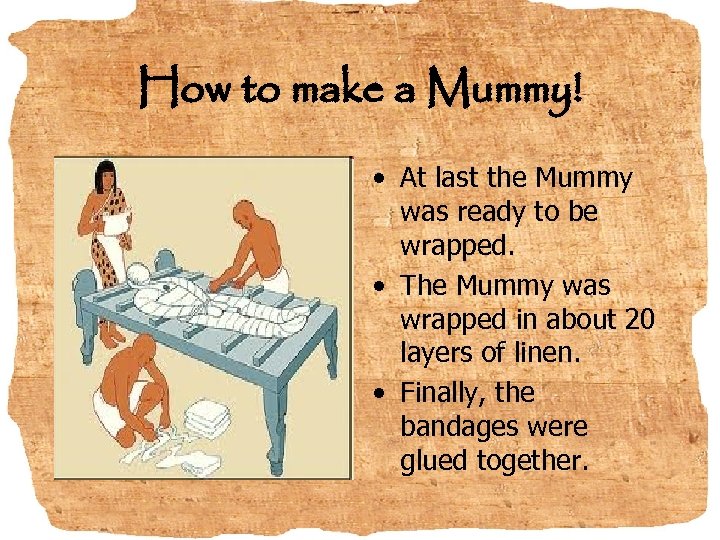 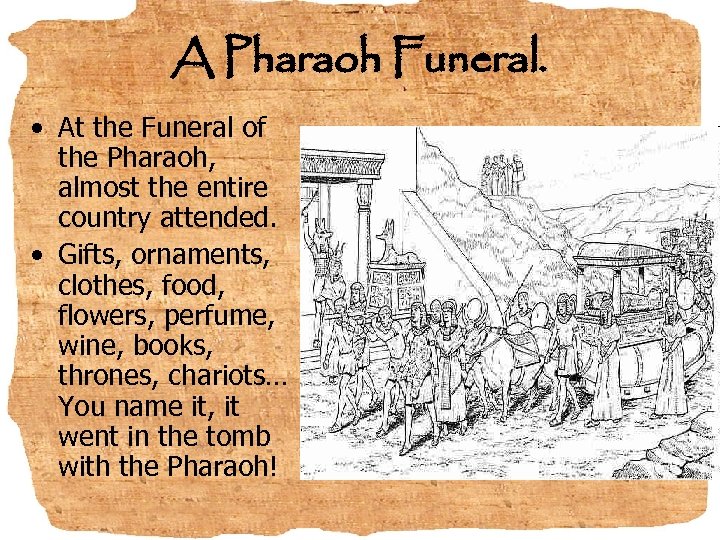 Why make a Mummy? • Body preserved in a special way. • Egyptians believed in an afterlife, where they would live on forever. • Believed the body was essential to get into the next world.

How to make a Mummy! • Firstly, the body washed all over. This was so the body could wash away anything “impure” from coming with it into the next life.

How to make a Mummy! • Next, the brain was removed. There were a few ways to do this, but the most popular one was with a hook, out through the nose!

How to make a Mummy! • Next, a long cut was made down along the left side of the body. Here all of the organs (Stomach, lungs, intestines, and liver) are removed. • All these organs were stored in special Canopic Jars. • The Heart is the only organ left in the Mummy.

How to make a Mummy! • The body is then left in a large pile of natron (A kind of salt) for 40 days. This dried up the body, and took away almost all of the moisture. • This is why Mummies lasted so long.

How to make a Mummy! • At this stage, the Mummy doesn’t really look like how it did in life. • The skin is softened with oils and make up put on. • To restore the body to the proper shape, the embalmers stuff it with rags and sawdust.

How to make a Mummy! • At last the Mummy was ready to be wrapped. • The Mummy was wrapped in about 20 layers of linen. • Finally, the bandages were glued together.

A Pharaoh Funeral. • At the Funeral of the Pharaoh, almost the entire country attended. • Gifts, ornaments, clothes, food, flowers, perfume, wine, books, thrones, chariots… You name it, it went in the tomb with the Pharaoh!