The Age of Exploration Do Now Thurs 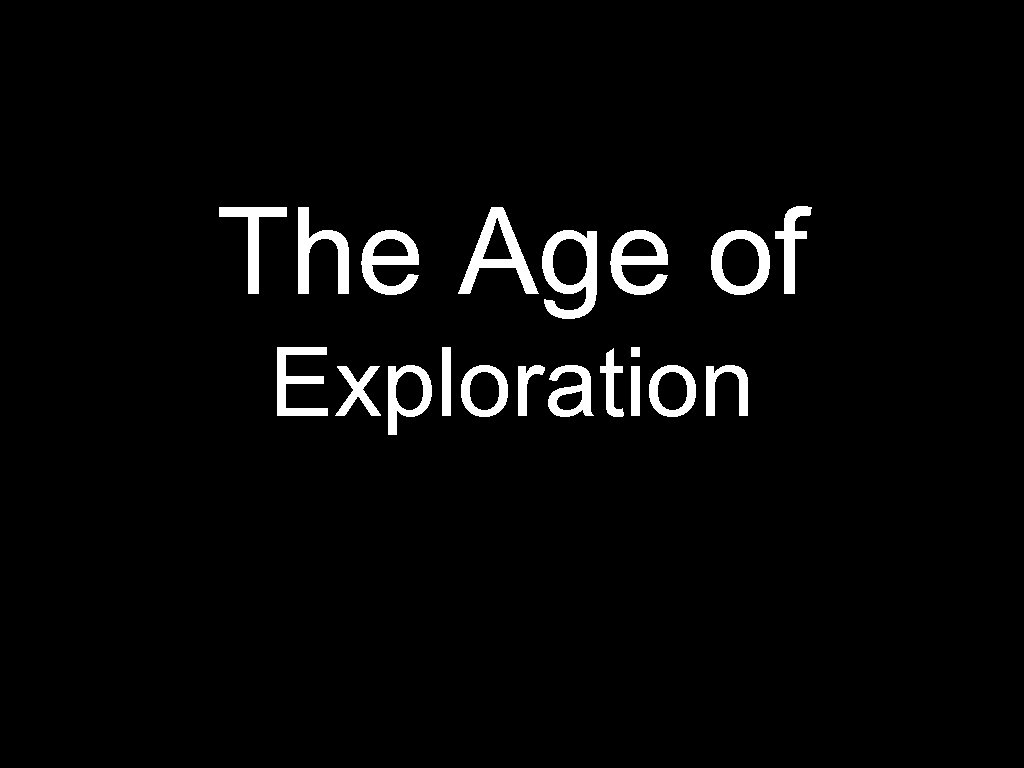 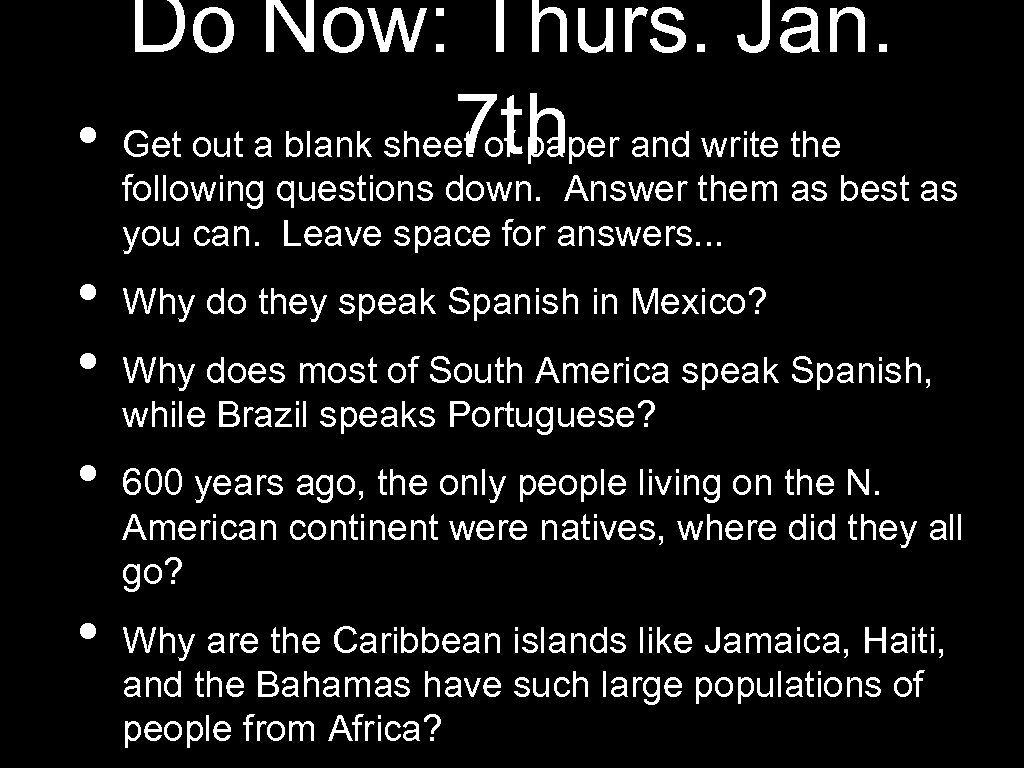 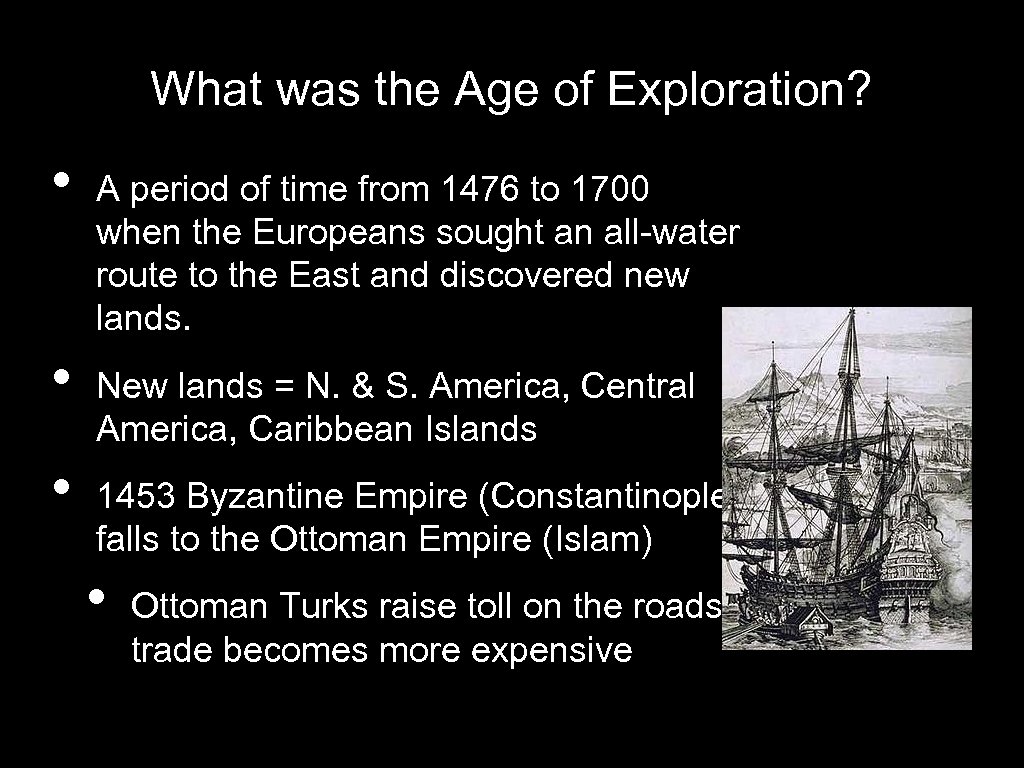 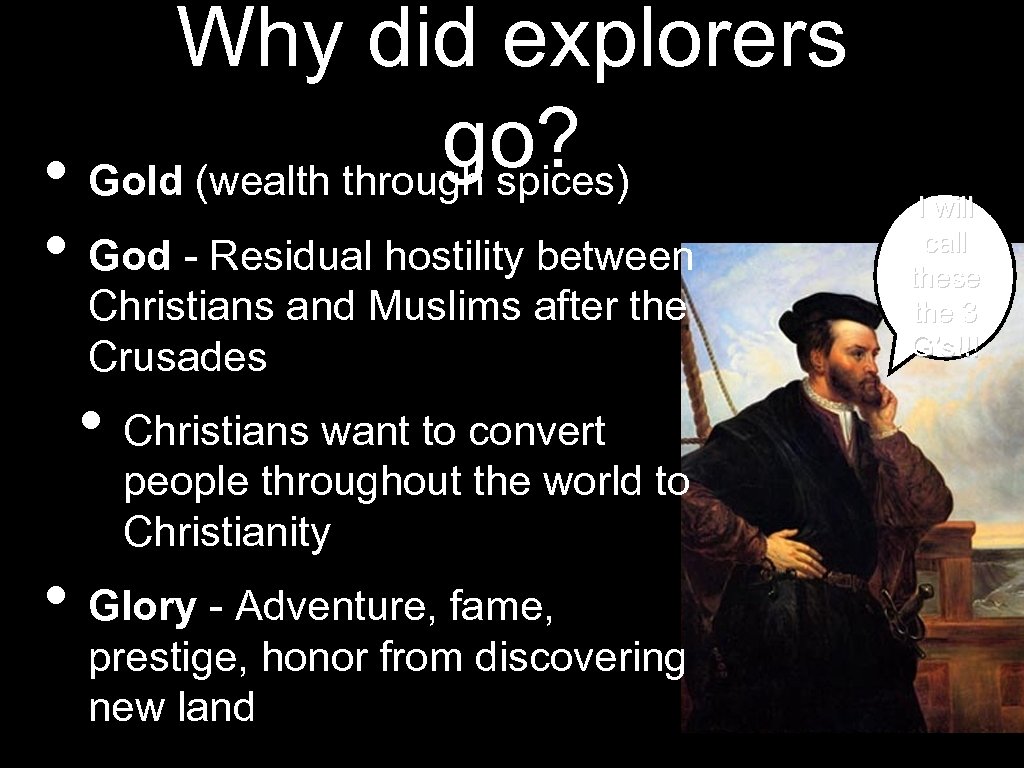 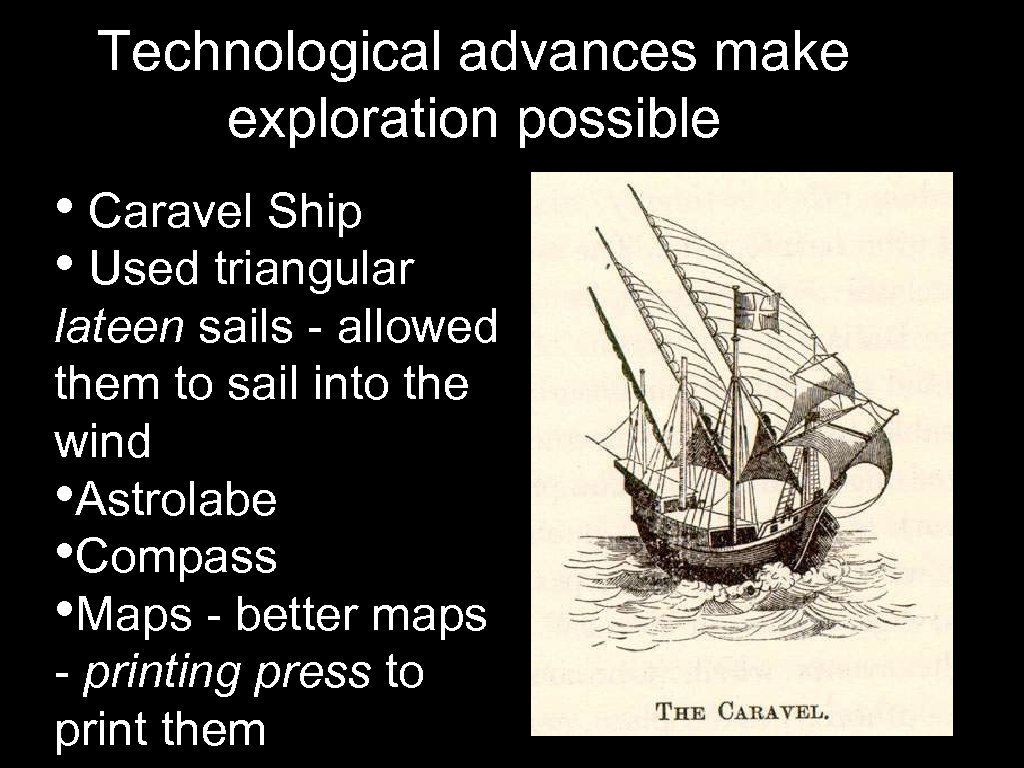 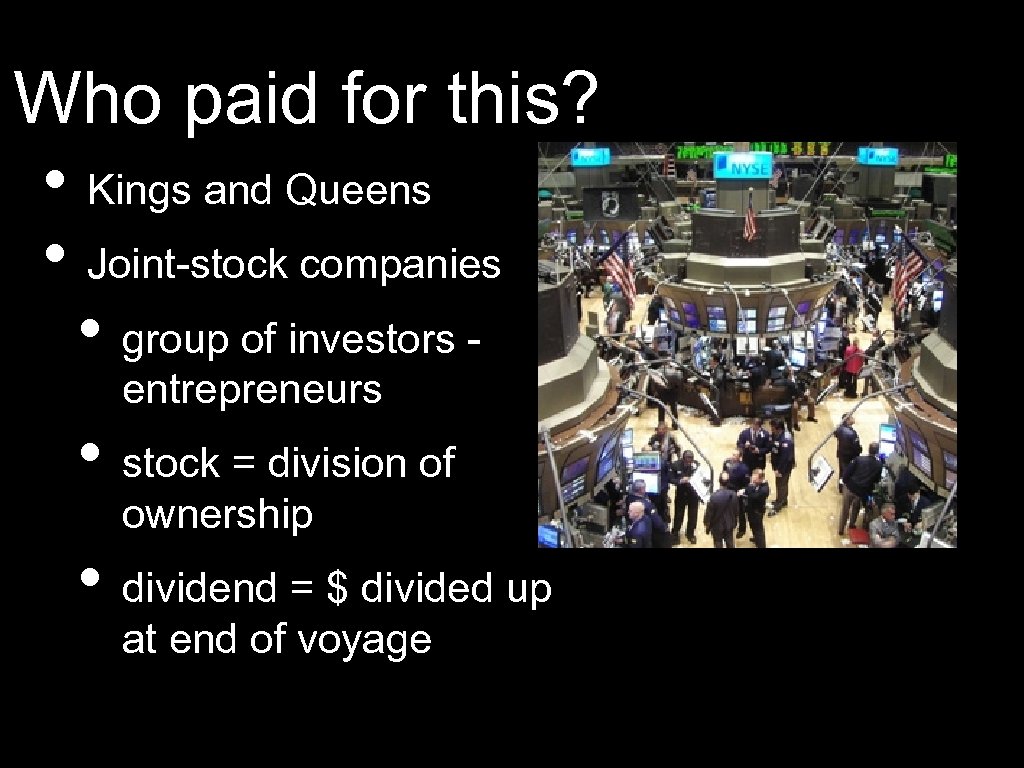 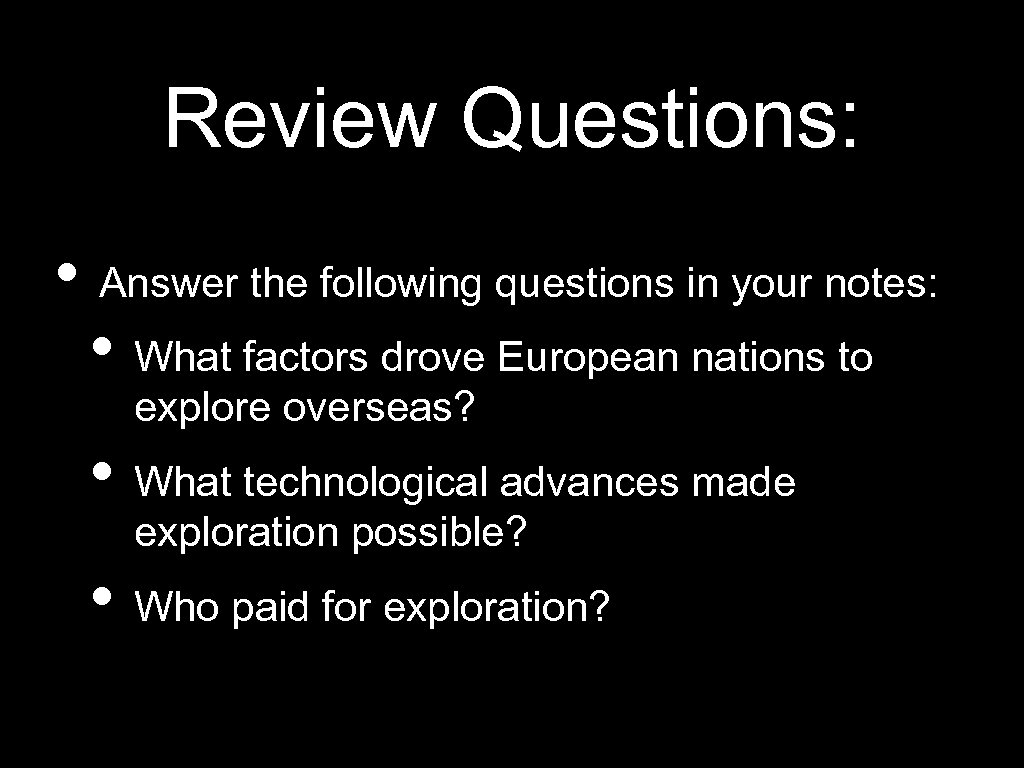 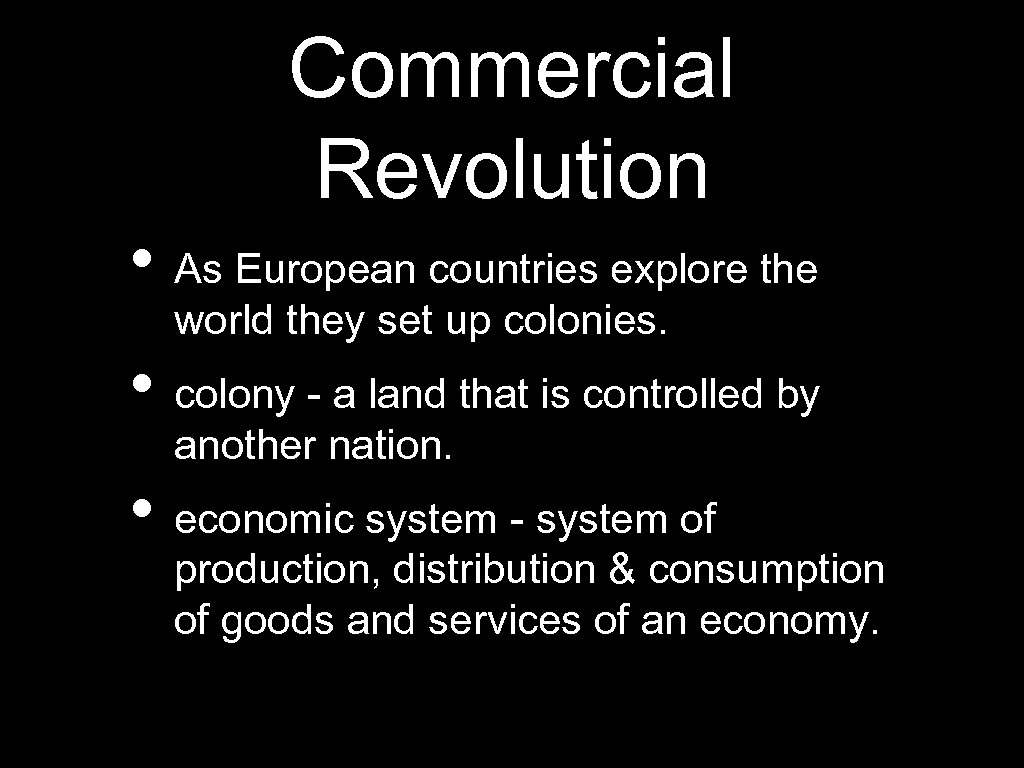 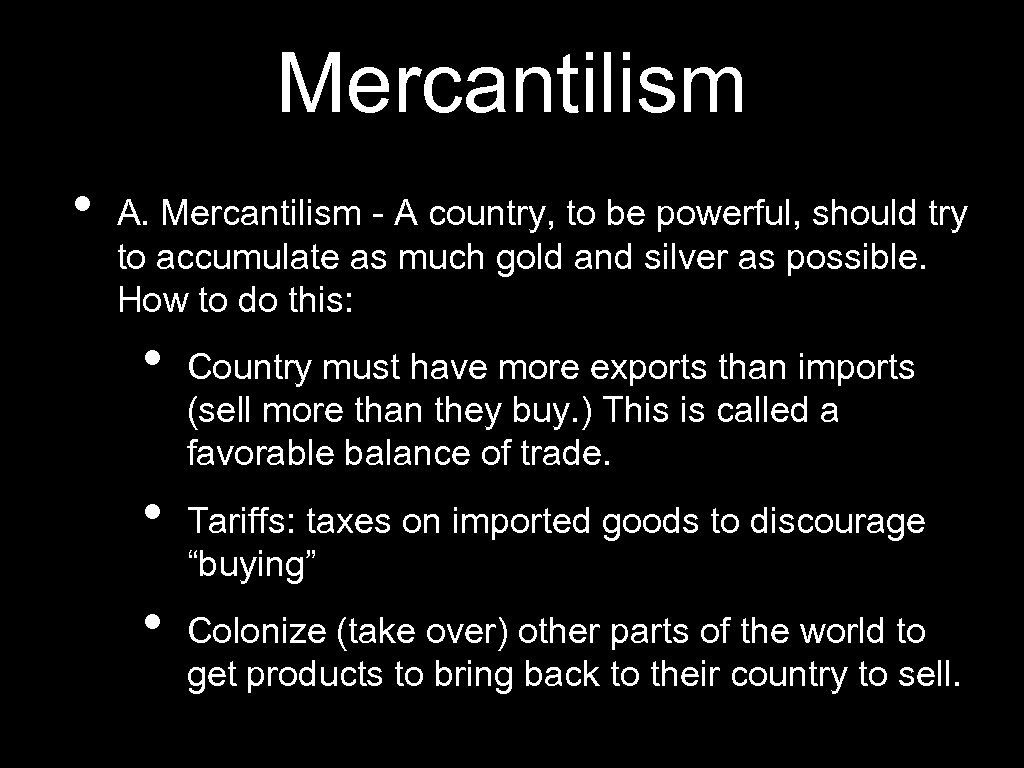 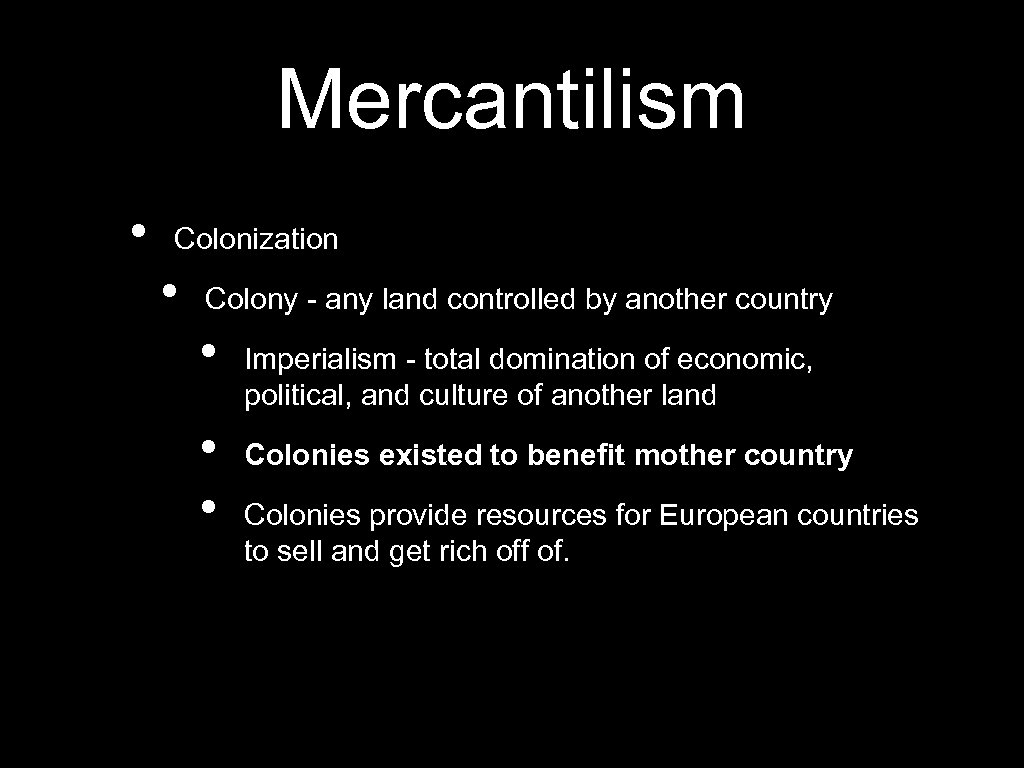 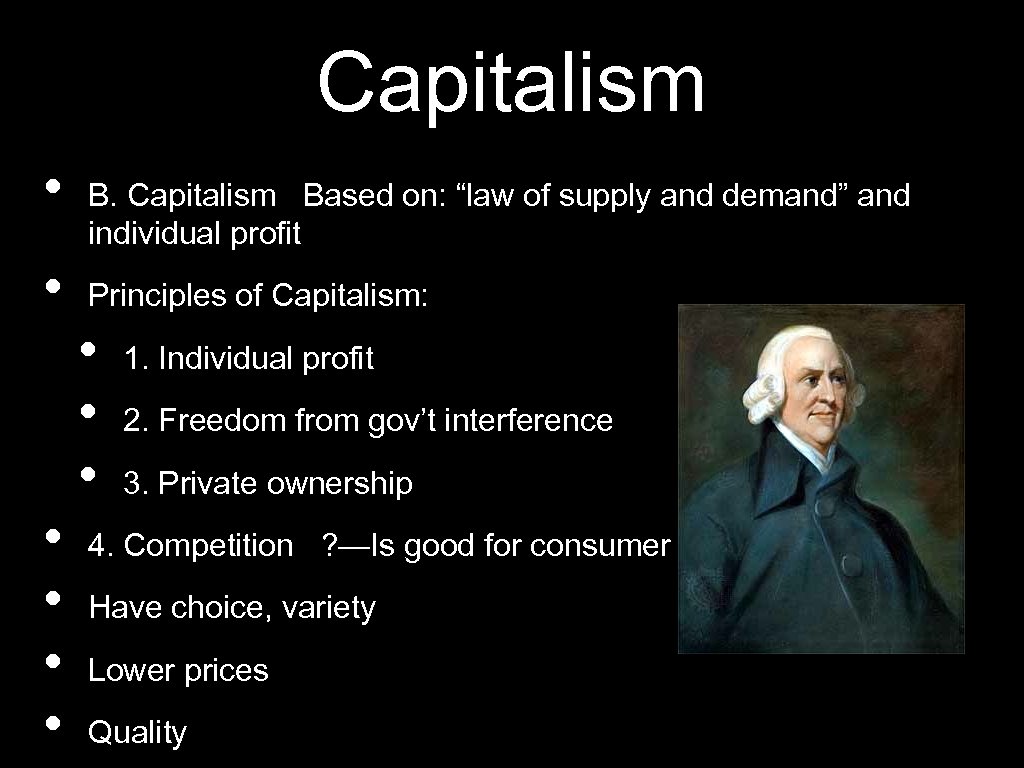 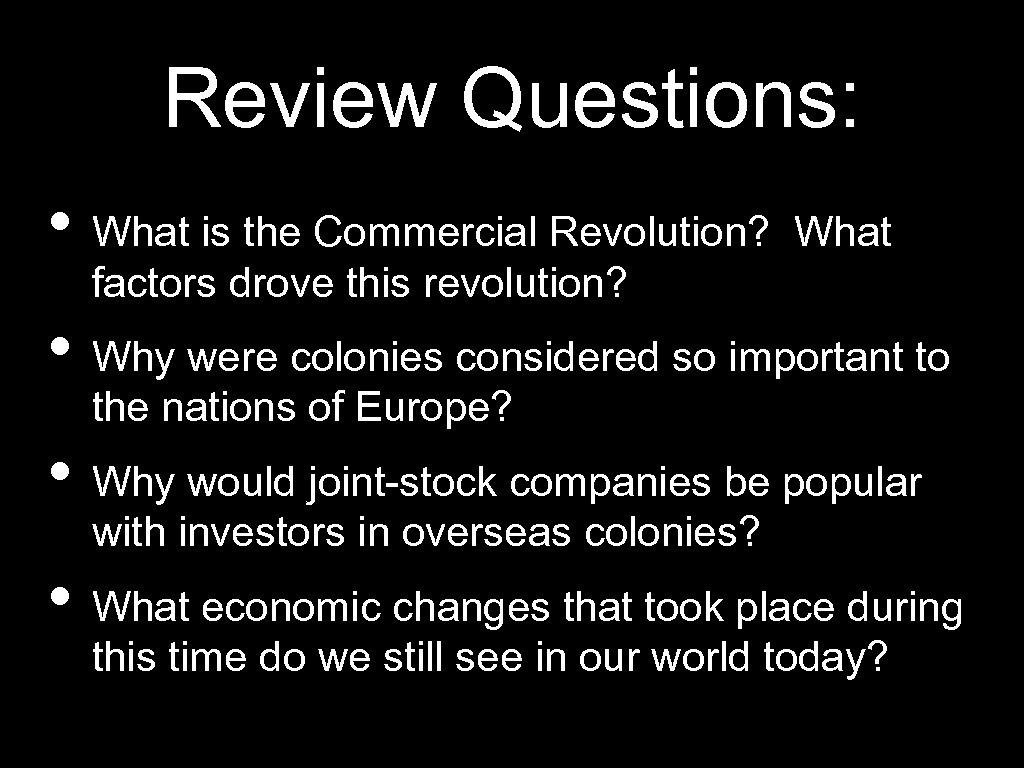 Скачать презентацию The Age of Exploration Do Now Thurs

The Age of Exploration

Do Now: Thurs. Jan. 7 th • Get out a blank sheet of paper and write the following questions down. Answer them as best as you can. Leave space for answers. . . • • Why do they speak Spanish in Mexico? Why does most of South America speak Spanish, while Brazil speaks Portuguese? 600 years ago, the only people living on the N. American continent were natives, where did they all go? Why are the Caribbean islands like Jamaica, Haiti, and the Bahamas have such large populations of people from Africa?

What was the Age of Exploration? • • • A period of time from 1476 to 1700 when the Europeans sought an all-water route to the East and discovered new lands. New lands = N. & S. America, Central America, Caribbean Islands 1453 Byzantine Empire (Constantinople) falls to the Ottoman Empire (Islam) • Ottoman Turks raise toll on the roads, trade becomes more expensive

Why did explorers go? • Gold (wealth through spices) • God - Residual hostility between Christians and Muslims after the Crusades • Christians want to convert people throughout the world to Christianity • Glory - Adventure, fame, prestige, honor from discovering new land I will call these the 3 G’s!!!

Who paid for this? • Kings and Queens • Joint-stock companies • group of investors entrepreneurs • stock = division of ownership • dividend = $ divided up at end of voyage

Review Questions: • Answer the following questions in your notes: • What factors drove European nations to explore overseas? • What technological advances made exploration possible? • Who paid for exploration?

Commercial Revolution • As European countries explore the world they set up colonies. • colony - a land that is controlled by another nation. • economic system - system of production, distribution & consumption of goods and services of an economy.

Mercantilism • A. Mercantilism - A country, to be powerful, should try to accumulate as much gold and silver as possible. How to do this: • • • Country must have more exports than imports (sell more than they buy. ) This is called a favorable balance of trade. Tariffs: taxes on imported goods to discourage “buying” Colonize (take over) other parts of the world to get products to bring back to their country to sell.

Mercantilism • Colonization • Colony - any land controlled by another country • • • Imperialism - total domination of economic, political, and culture of another land Colonies existed to benefit mother country Colonies provide resources for European countries to sell and get rich off of.

Capitalism • • B. Capitalism Based on: “law of supply and demand” and individual profit Principles of Capitalism: • • 1. Individual profit 2. Freedom from gov’t interference 3. Private ownership 4. Competition ? —Is good for consumer Have choice, variety Lower prices Quality

Review Questions: • What is the Commercial Revolution? What factors drove this revolution? • Why were colonies considered so important to the nations of Europe? • Why would joint-stock companies be popular with investors in overseas colonies? • What economic changes that took place during this time do we still see in our world today?