The Acquisition Of Wimm-Bill Dann by Pepsi Co 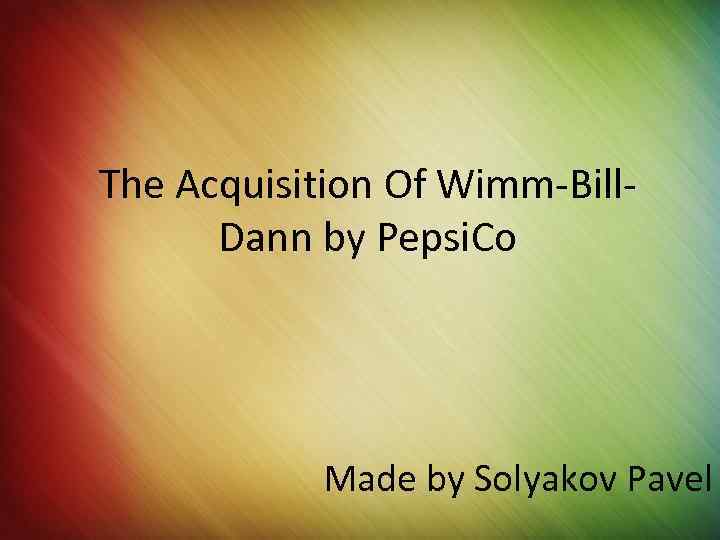 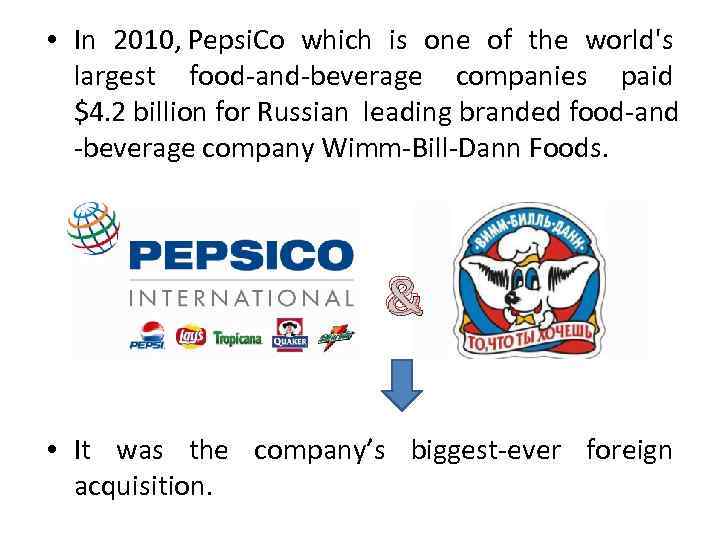 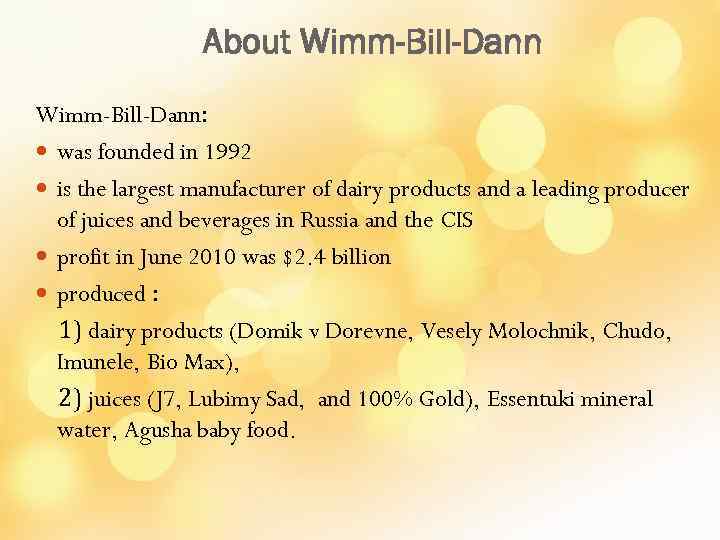 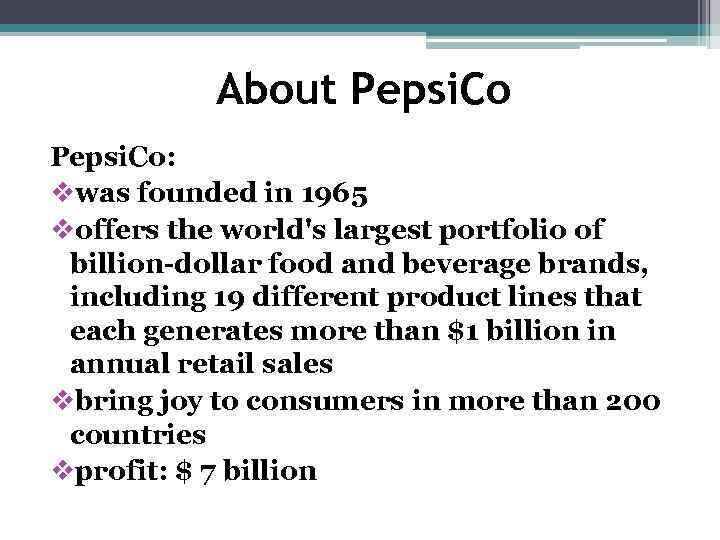 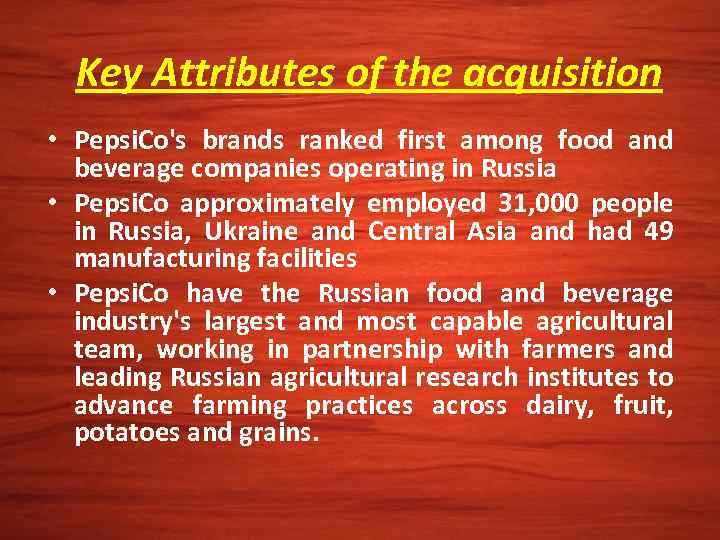 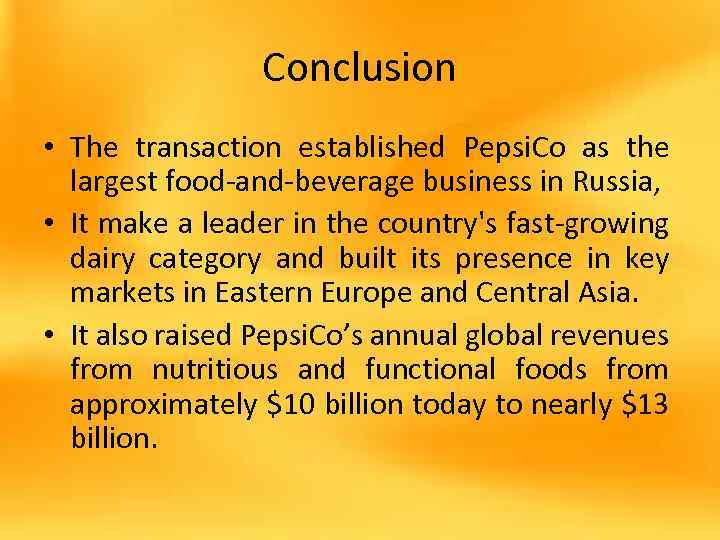 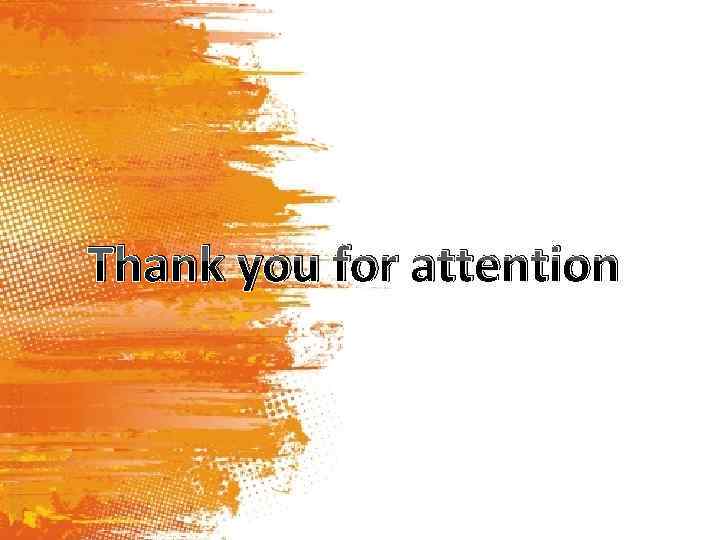 Скачать презентацию The Acquisition Of Wimm-Bill Dann by Pepsi Co

The Acquisition Of Wimm-Bill. Dann by Pepsi. Co Made by Solyakov Pavel

• In 2010, Pepsi. Co which is one of the world's largest food-and-beverage companies paid $4. 2 billion for Russian leading branded food-and -beverage company Wimm-Bill-Dann Foods. & • It was the company’s biggest-ever foreign acquisition.

About Pepsi. Co: vwas founded in 1965 voffers the world's largest portfolio of billion-dollar food and beverage brands, including 19 different product lines that each generates more than $1 billion in annual retail sales vbring joy to consumers in more than 200 countries vprofit: $ 7 billion

Sergei Plastinin, chairman of the Wimm-Bill-Dann board of directors said: The agreement reached with Pepsi. Co is a historic one for both our company and our country. Today we announced the planned coming together of our company with one of the most successful and best-known global companies.

Conclusion • The transaction established Pepsi. Co as the largest food-and-beverage business in Russia, • It make a leader in the country's fast-growing dairy category and built its presence in key markets in Eastern Europe and Central Asia. • It also raised Pepsi. Co’s annual global revenues from nutritious and functional foods from approximately $10 billion today to nearly $13 billion.

Bill of rights Bill of Rights