The 5 most popular national sports in Kazakhstan 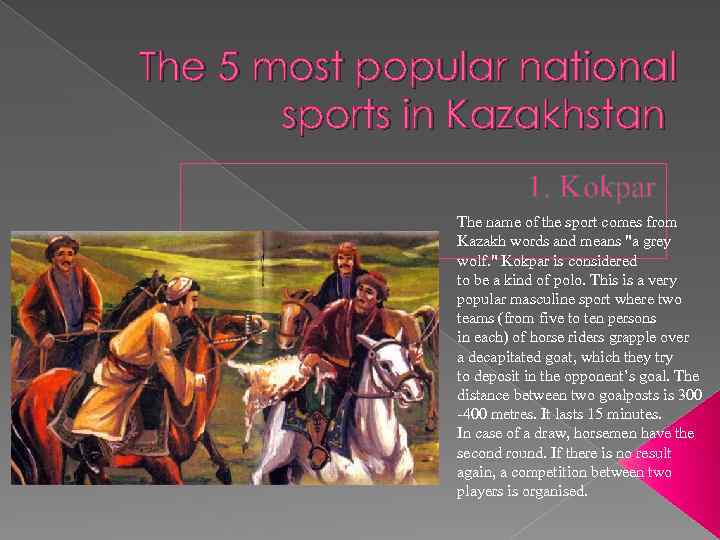 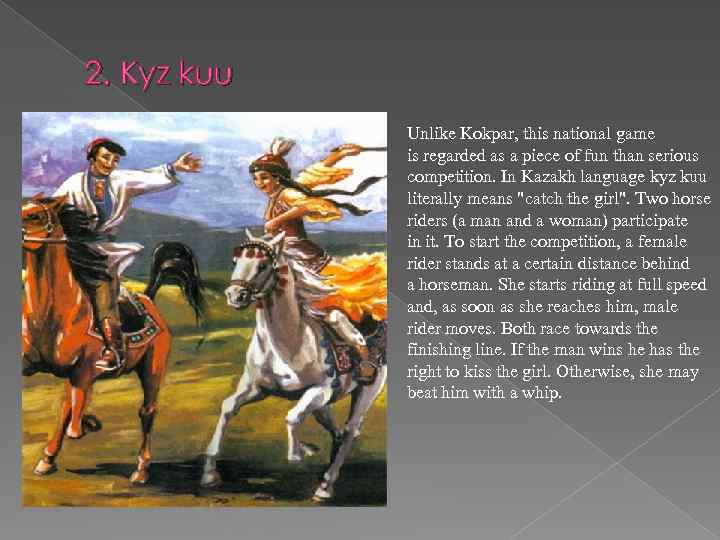 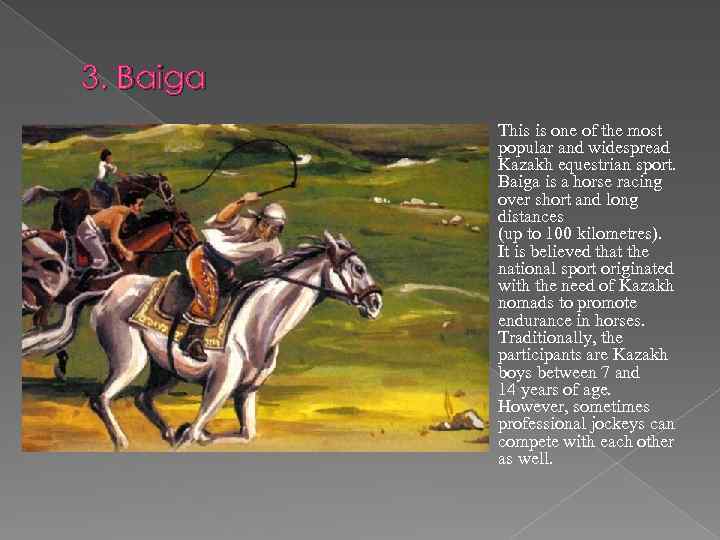 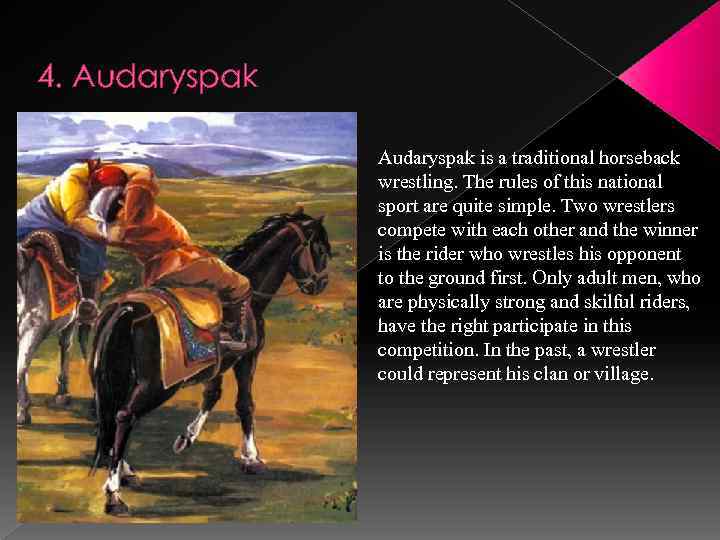 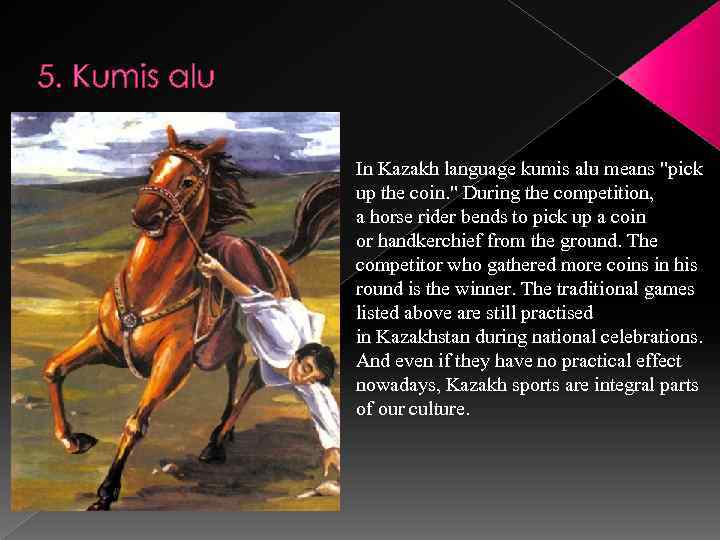 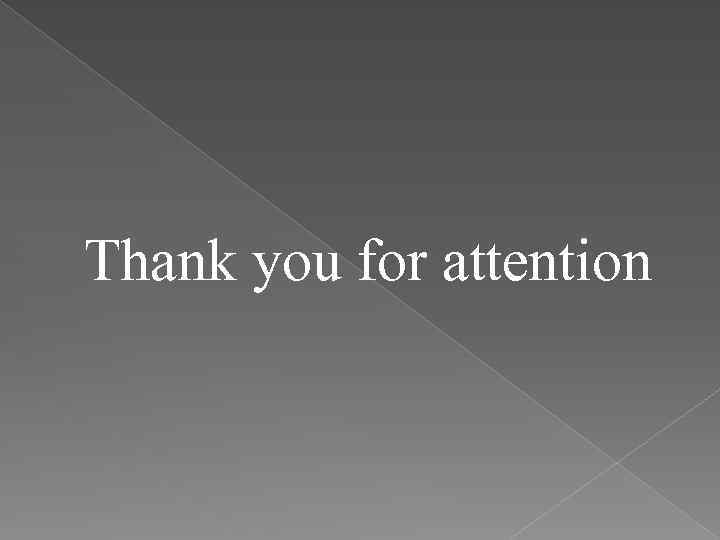 Скачать презентацию The 5 most popular national sports in Kazakhstan

THE 5 MOST POPULAR NATIONAL SPORTS IN KAZAK.pptx

The 5 most popular national sports in Kazakhstan 1. Kokpar The name of the sport comes from Kazakh words and means "a grey wolf. " Kokpar is considered to be a kind of polo. This is a very popular masculine sport where two teams (from five to ten persons in each) of horse riders grapple over a decapitated goat, which they try to deposit in the opponent’s goal. The distance between two goalposts is 300 -400 metres. It lasts 15 minutes. In case of a draw, horsemen have the second round. If there is no result again, a competition between two players is organised.

2. Kyz kuu я Unlike Kokpar, this national game is regarded as a piece of fun than serious competition. In Kazakh language kyz kuu literally means "catch the girl". Two horse riders (a man and a woman) participate in it. To start the competition, a female rider stands at a certain distance behind a horseman. She starts riding at full speed and, as soon as she reaches him, male rider moves. Both race towards the finishing line. If the man wins he has the right to kiss the girl. Otherwise, she may beat him with a whip.

3. Baiga This is one of the most popular and widespread Kazakh equestrian sport. Baiga is a horse racing over short and long distances (up to 100 kilometres). It is believed that the national sport originated with the need of Kazakh nomads to promote endurance in horses. Traditionally, the participants are Kazakh boys between 7 and 14 years of age. However, sometimes professional jockeys can compete with each other as well.

4. Audaryspak is a traditional horseback wrestling. The rules of this national sport are quite simple. Two wrestlers compete with each other and the winner is the rider who wrestles his opponent to the ground first. Only adult men, who are physically strong and skilful riders, have the right participate in this competition. In the past, a wrestler could represent his clan or village.

5. Kumis alu In Kazakh language kumis alu means "pick up the coin. " During the competition, a horse rider bends to pick up a coin or handkerchief from the ground. The competitor who gathered more coins in his round is the winner. The traditional games listed above are still practised in Kazakhstan during national celebrations. And even if they have no practical effect nowadays, Kazakh sports are integral parts of our culture.

Тема: Sportgames and hobbies in Russia and in