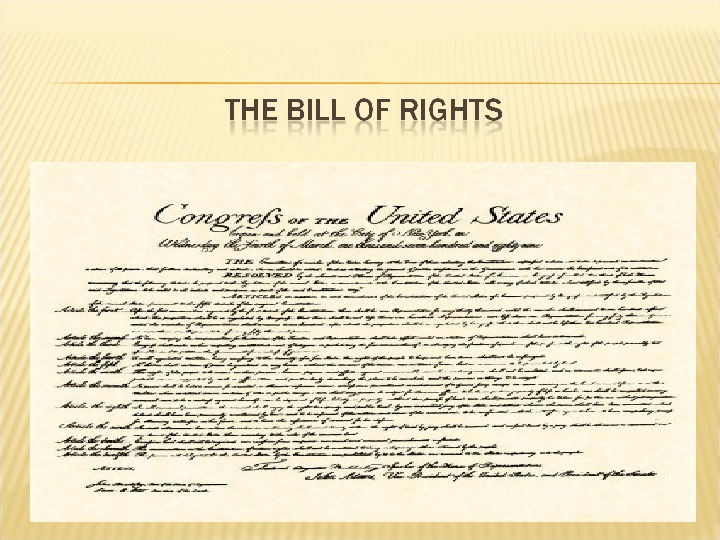 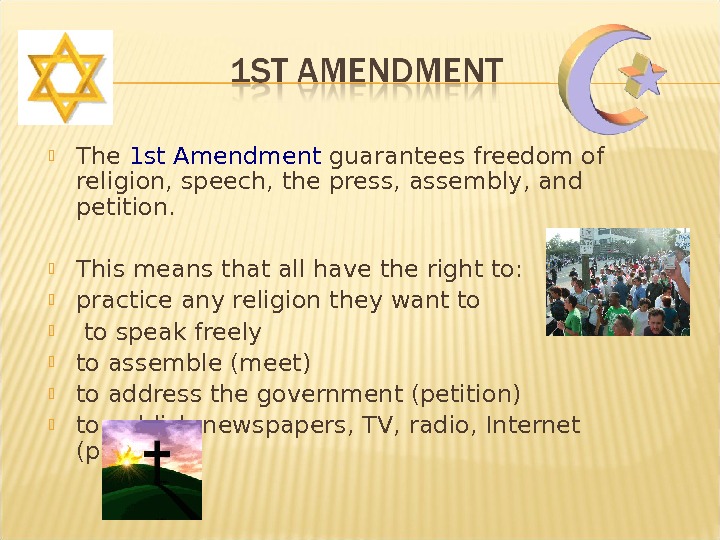 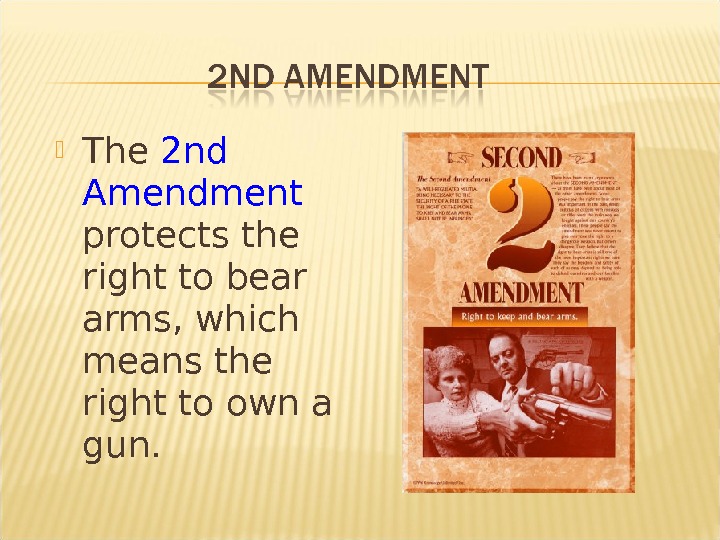 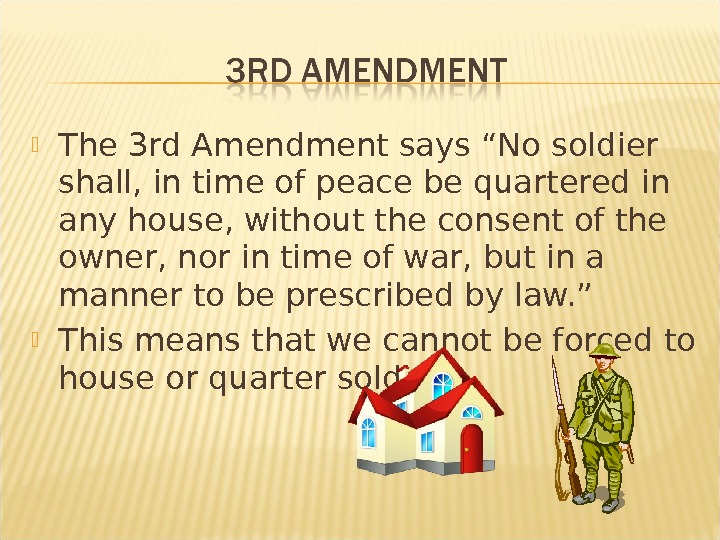 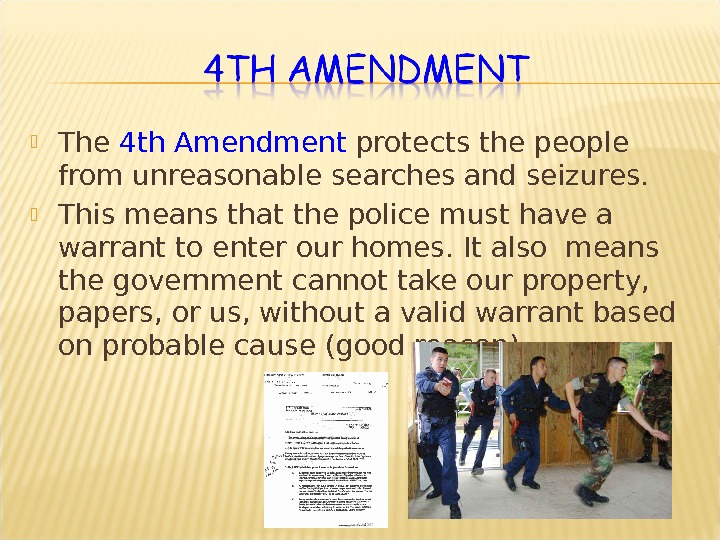 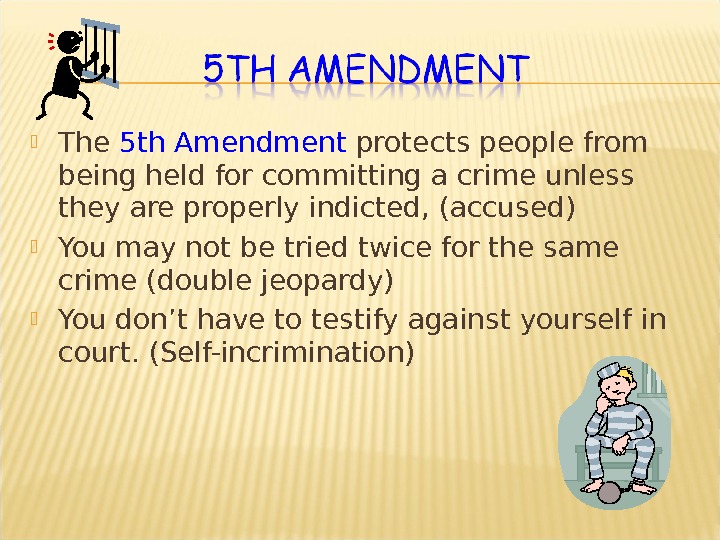 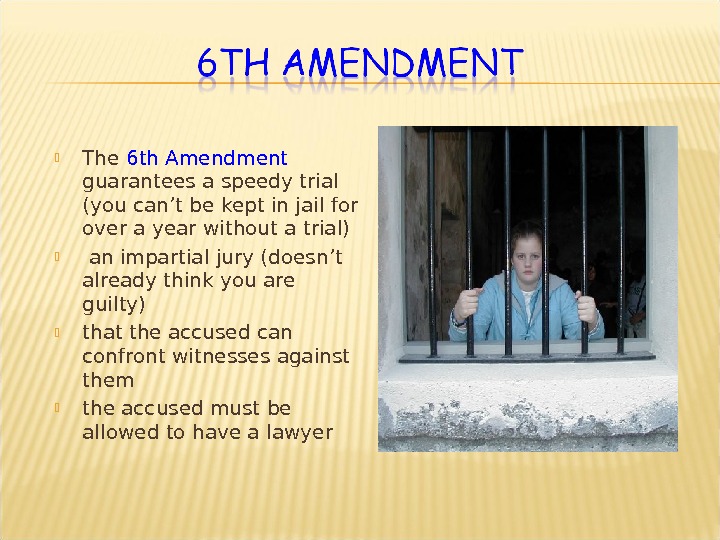 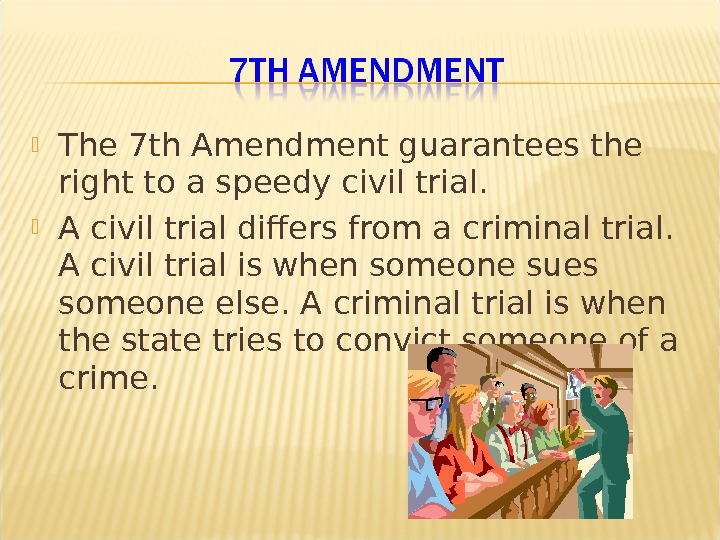 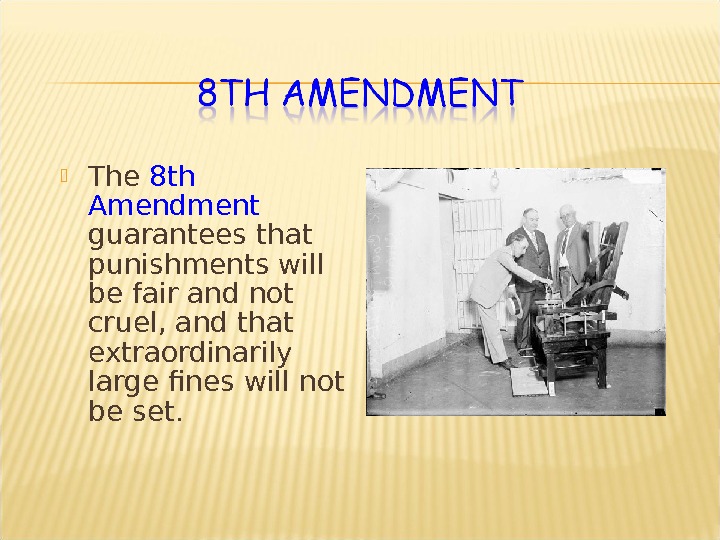 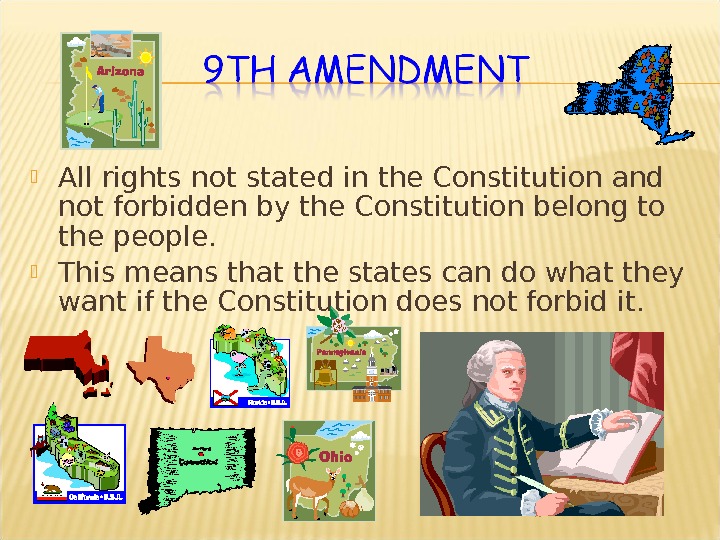 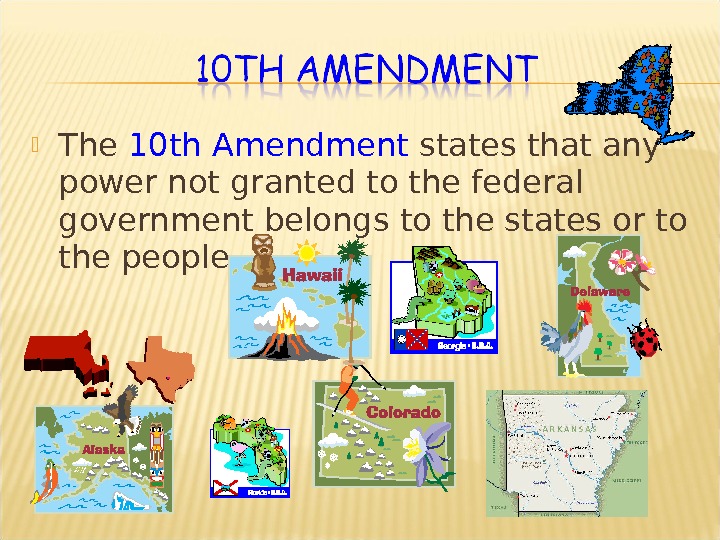 The 1 st Amendment guarantees freedom of religion, speech, the press, assembly, and petition. This means that all have the right to: practice any religion they want to speak freely to assemble (meet) to address the government (petition) to publish newspapers, TV, radio, Internet (press)

The 3 rd Amendment says “No soldier shall, in time of peace be quartered in any house, without the consent of the owner, nor in time of war, but in a manner to be prescribed by law. ” This means that we cannot be forced to house or quarter soldiers.

The 4 th Amendment protects the people from unreasonable searches and seizures. This means that the police must have a warrant to enter our homes. It also means the government cannot take our property, papers, or us, without a valid warrant based on probable cause (good reason).

The 5 th Amendment protects people from being held for committing a crime unless they are properly indicted, (accused) You may not be tried twice for the same crime (double jeopardy) You don ’ t have to testify against yourself in court. (Self-incrimination)

The 8 th Amendment guarantees that punishments will be fair and not cruel, and that extraordinarily large fines will not be set.

The 10 th Amendment states that any power not granted to the federal government belongs to the states or to the people.