That s one small step for a man 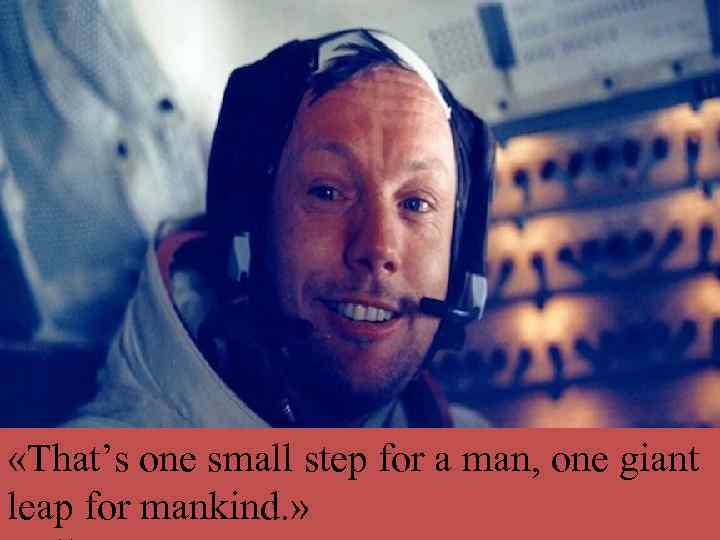 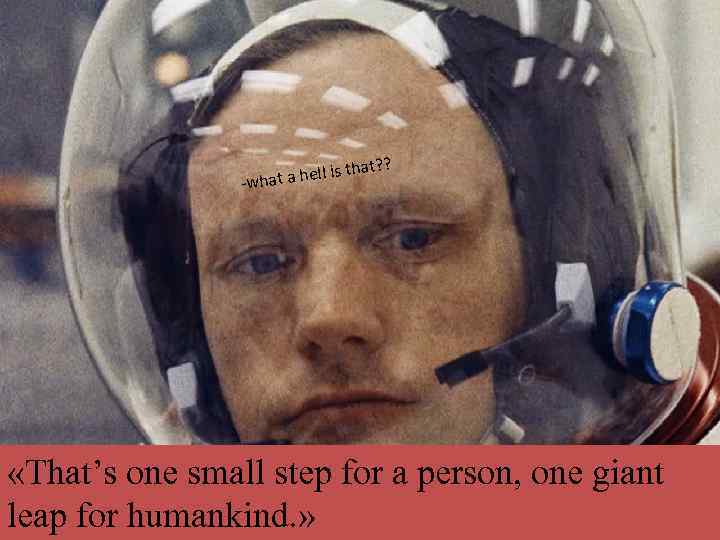 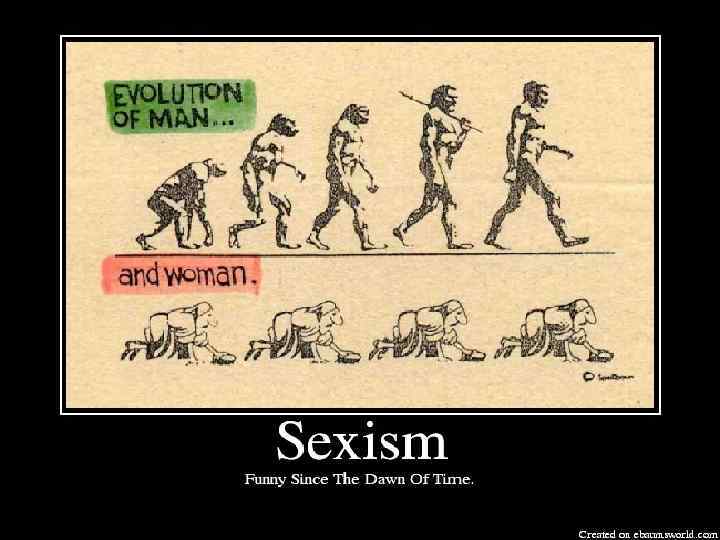 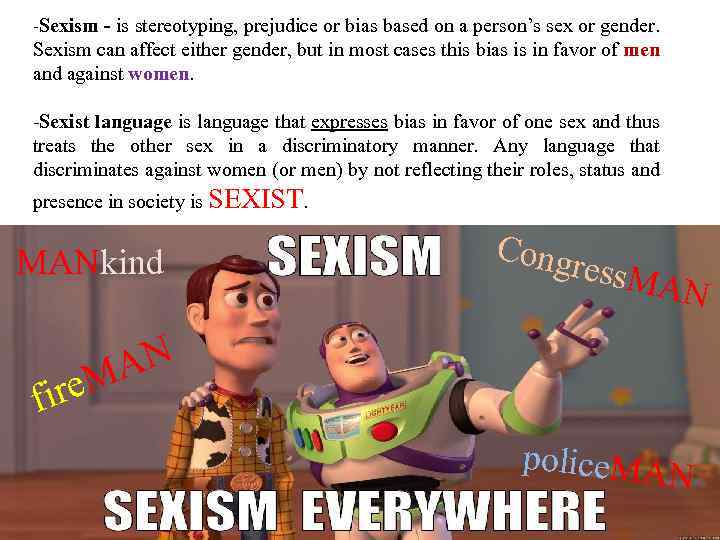 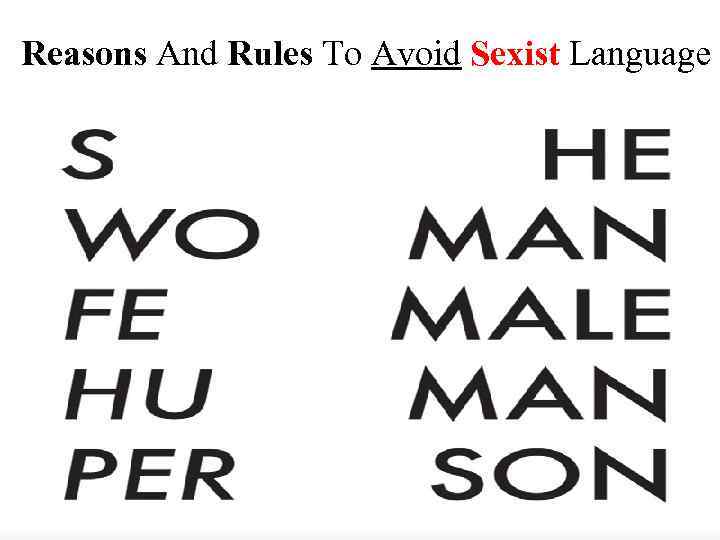 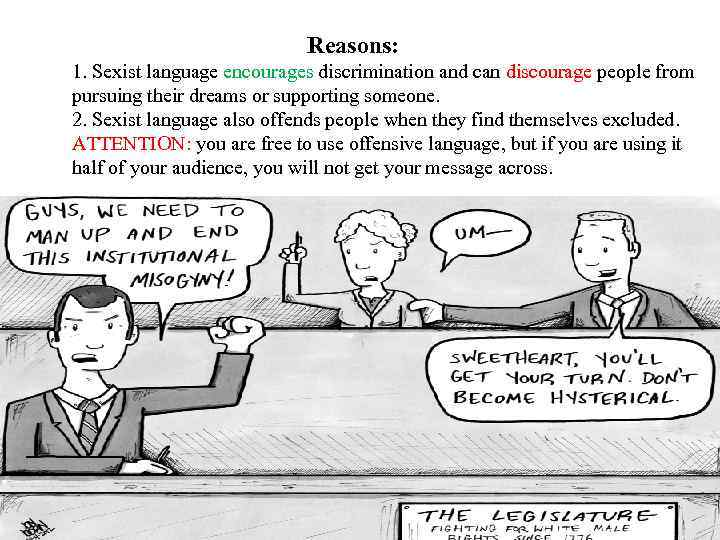 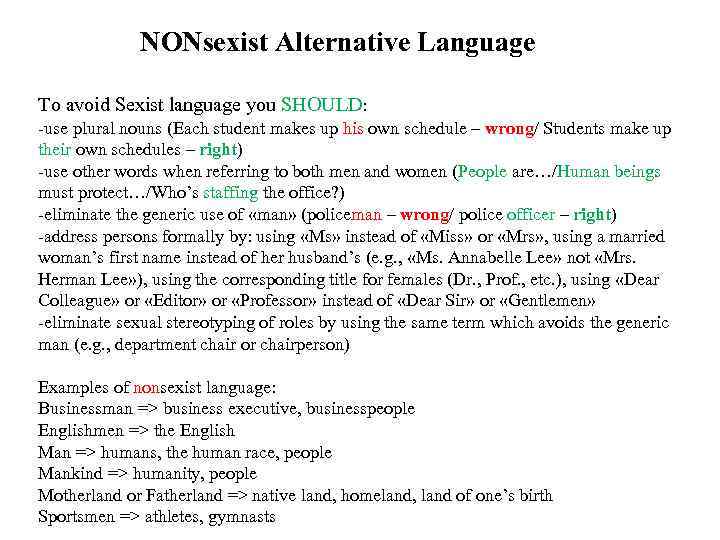 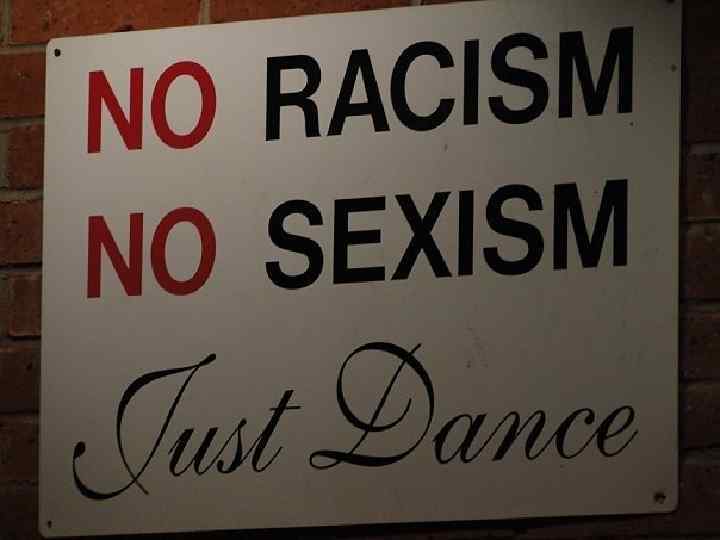 Скачать презентацию That s one small step for a man

«That’s one small step for a man, one giant leap for mankind. »

at? ? is th hat a hell -w «That’s one small step for a person, one giant leap for humankind. »

-Sexism - is stereotyping, prejudice or bias based on a person’s sex or gender. Sexism can affect either gender, but in most cases this bias is in favor of men and against women. -Sexist language is language that expresses bias in favor of one sex and thus treats the other sex in a discriminatory manner. Any language that discriminates against women (or men) by not reflecting their roles, status and presence in society is SEXIST. MANkind Congr ess. MA N AN e. M fir police. MAN

Reasons: 1. Sexist language encourages discrimination and can discourage people from pursuing their dreams or supporting someone. 2. Sexist language also offends people when they find themselves excluded. ATTENTION: you are free to use offensive language, but if you are using it half of your audience, you will not get your message across.

NONsexist Alternative Language To avoid Sexist language you SHOULD: -use plural nouns (Each student makes up his own schedule – wrong/ Students make up their own schedules – right) -use other words when referring to both men and women (People are…/Human beings must protect…/Who’s staffing the office? ) -eliminate the generic use of «man» (policeman – wrong/ police officer – right) -address persons formally by: using «Ms» instead of «Miss» or «Mrs» , using a married woman’s first name instead of her husband’s (e. g. , «Ms. Annabelle Lee» not «Mrs. Herman Lee» ), using the corresponding title for females (Dr. , Prof. , etc. ), using «Dear Colleague» or «Editor» or «Professor» instead of «Dear Sir» or «Gentlemen» -eliminate sexual stereotyping of roles by using the same term which avoids the generic man (e. g. , department chair or chairperson) Examples of nonsexist language: Businessman => business executive, businesspeople Englishmen => the English Man => humans, the human race, people Mankind => humanity, people Motherland or Fatherland => native land, homeland, land of one’s birth Sportsmen => athletes, gymnasts

Control work for the 3 term