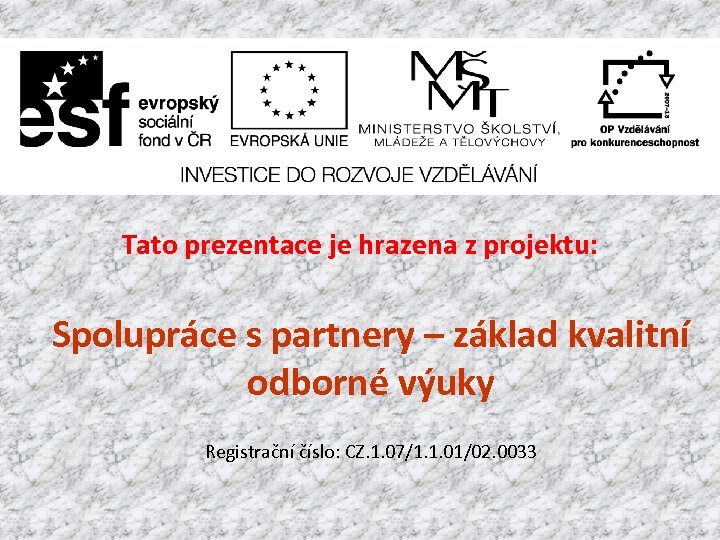 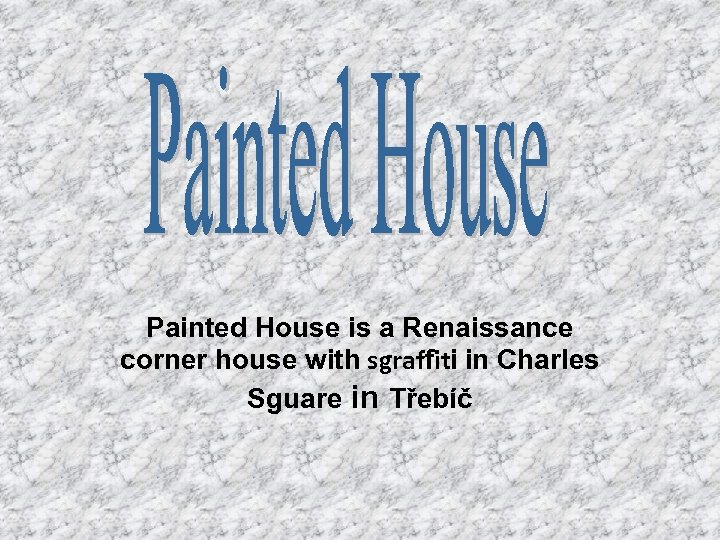 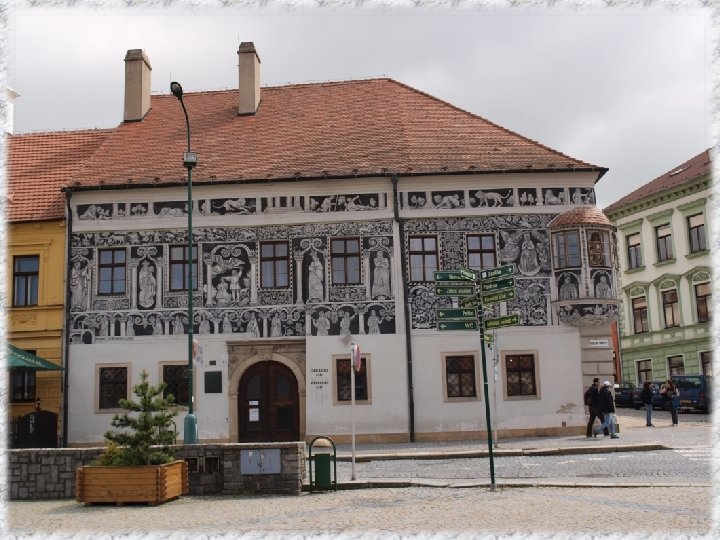 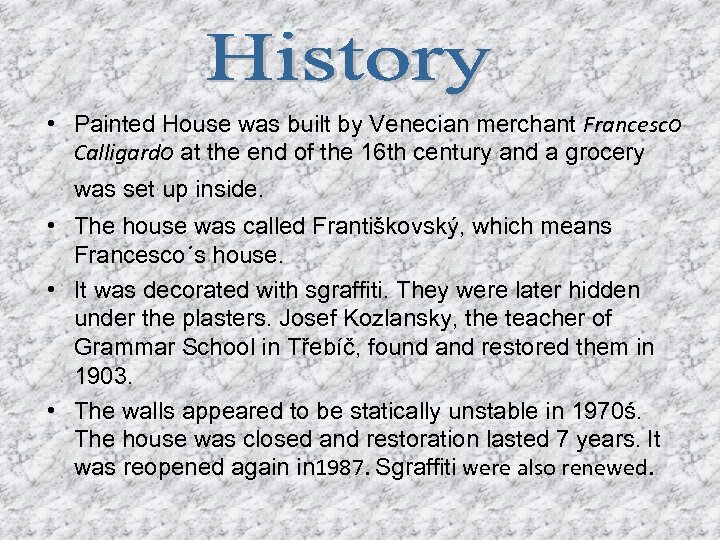 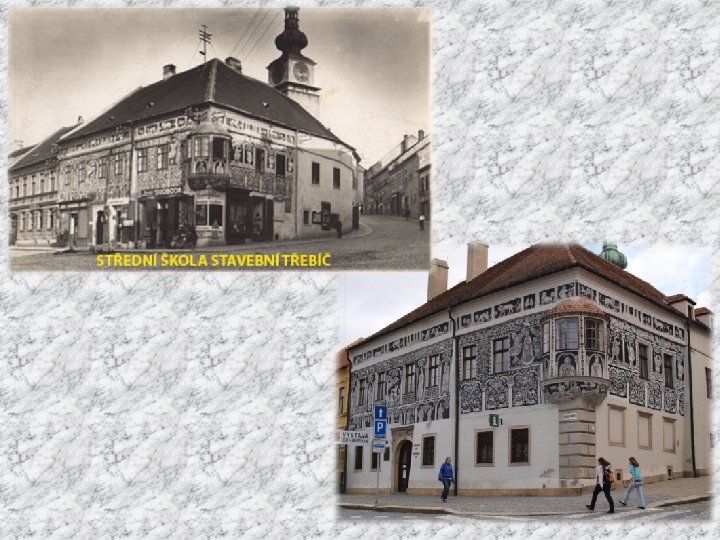 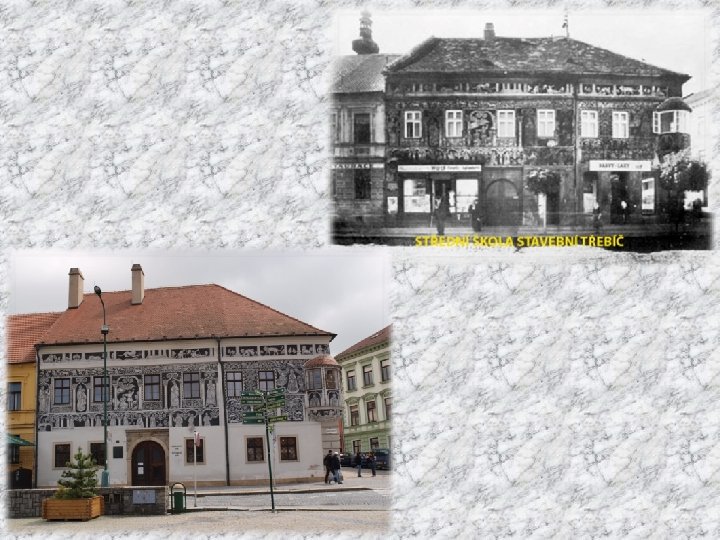 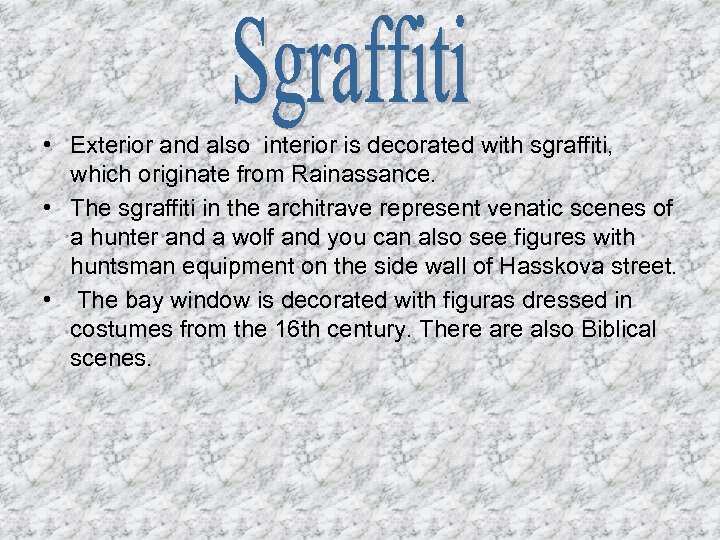 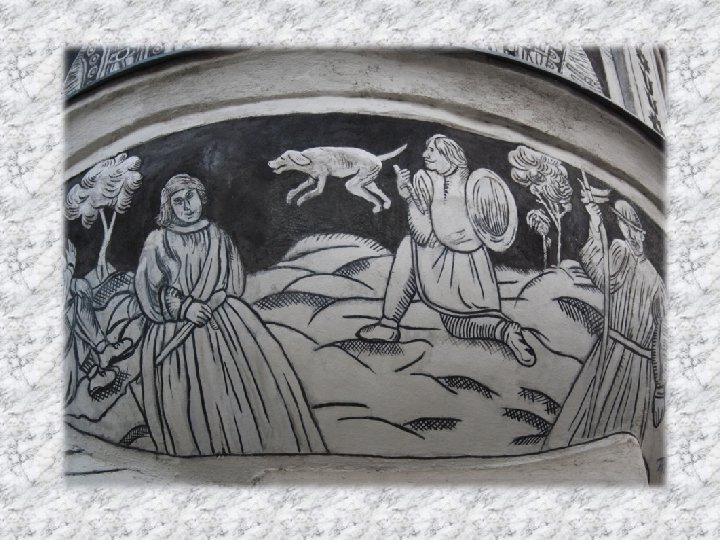 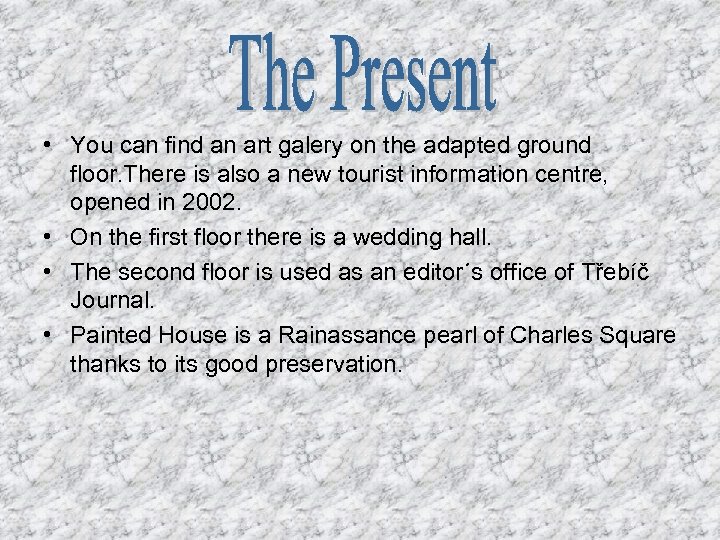 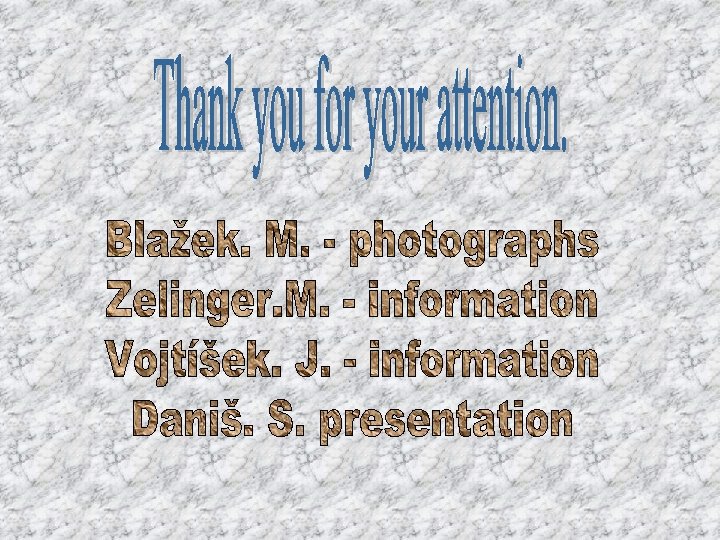 • Painted House was built by Venecian merchant Francesco Calligardo at the end of the 16 th century and a grocery was set up inside. • The house was called Františkovský, which means Francesco´s house. • It was decorated with sgraffiti. They were later hidden under the plasters. Josef Kozlansky, the teacher of Grammar School in Třebíč, found and restored them in 1903. • The walls appeared to be statically unstable in 1970ś. The house was closed and restoration lasted 7 years. It was reopened again in 1987. Sgraffiti were also renewed.

• Exterior and also interior is decorated with sgraffiti, which originate from Rainassance. • The sgraffiti in the architrave represent venatic scenes of a hunter and a wolf and you can also see figures with huntsman equipment on the side wall of Hasskova street. • The bay window is decorated with figuras dressed in costumes from the 16 th century. There also Biblical scenes.

• You can find an art galery on the adapted ground floor. There is also a new tourist information centre, opened in 2002. • On the first floor there is a wedding hall. • The second floor is used as an editor´s office of Třebíč Journal. • Painted House is a Rainassance pearl of Charles Square thanks to its good preservation.