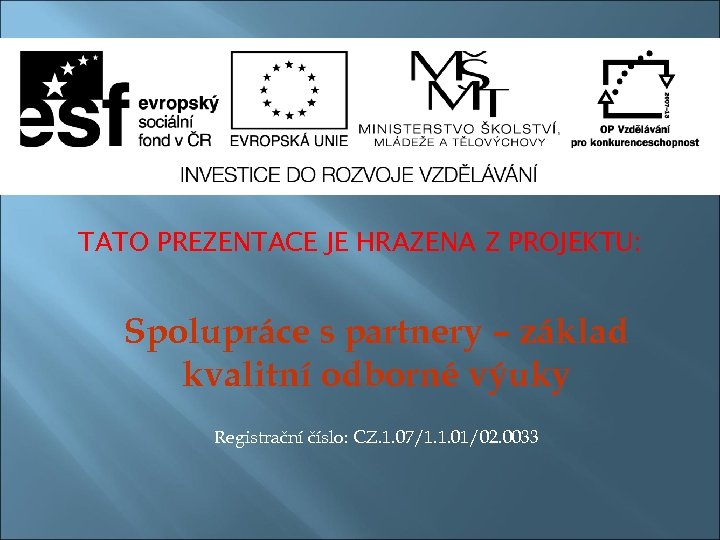 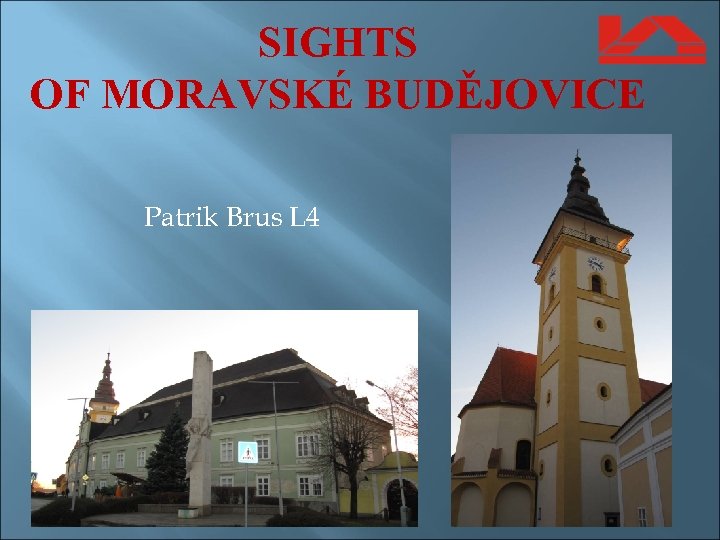 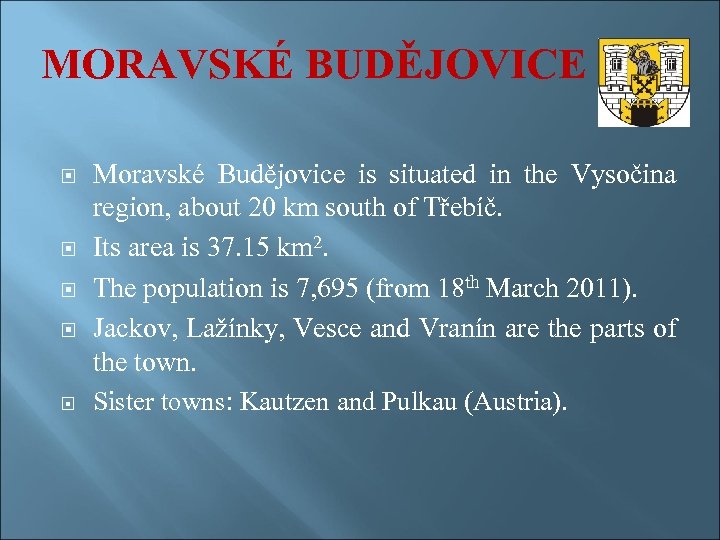 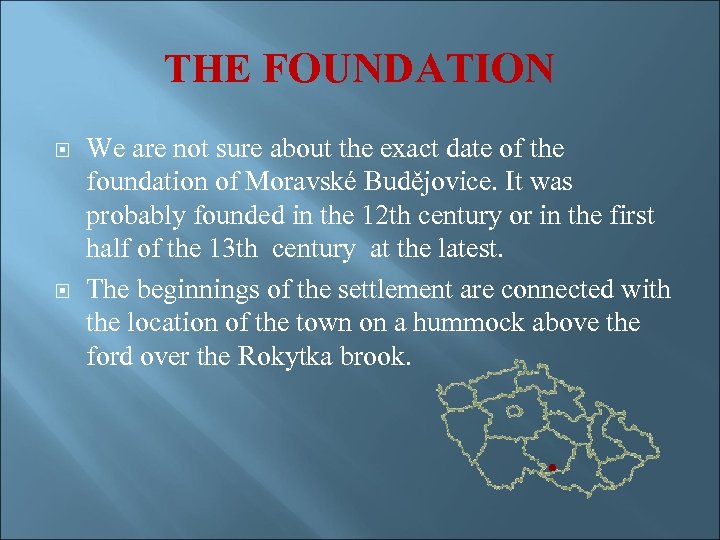 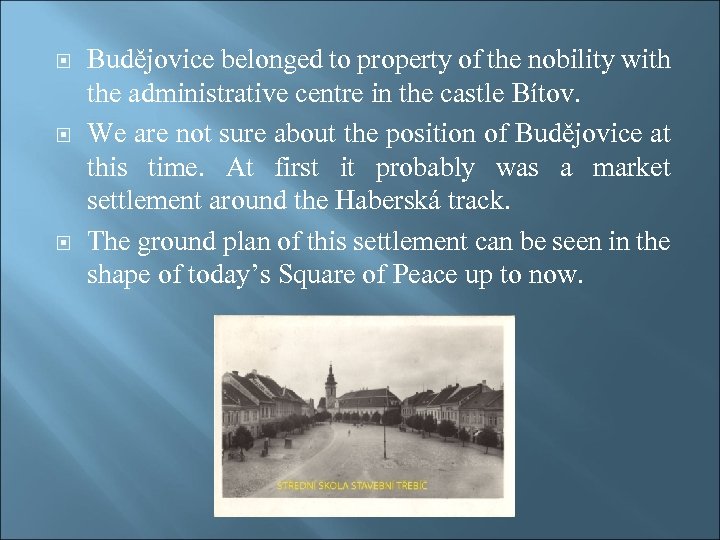 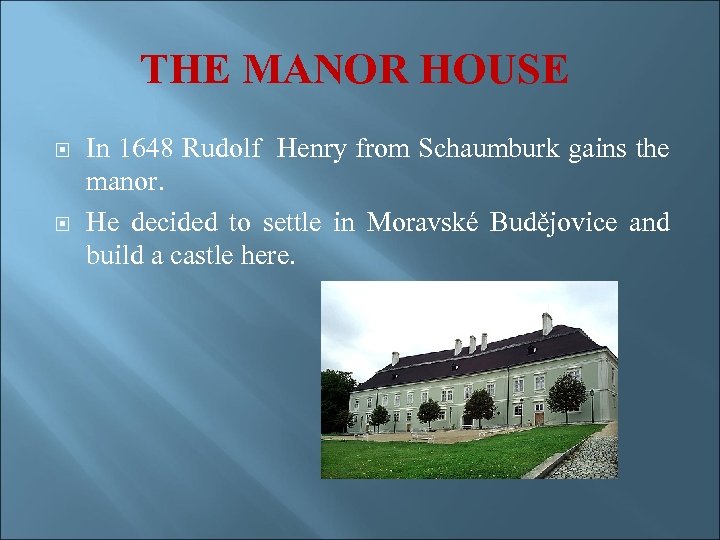 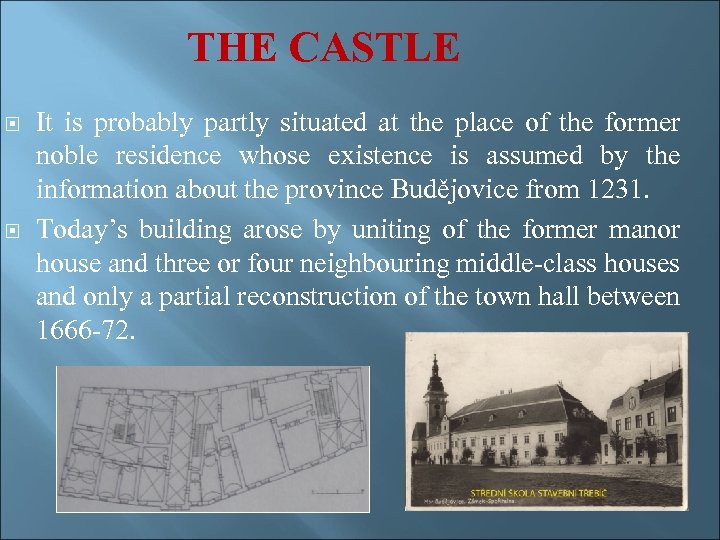 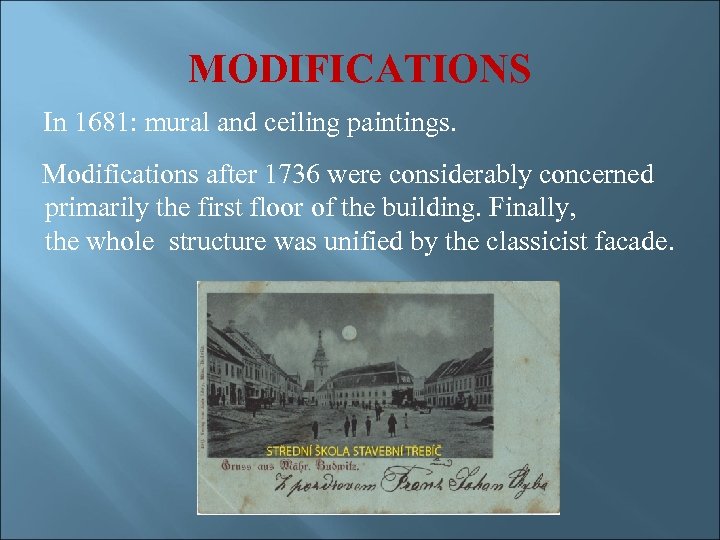 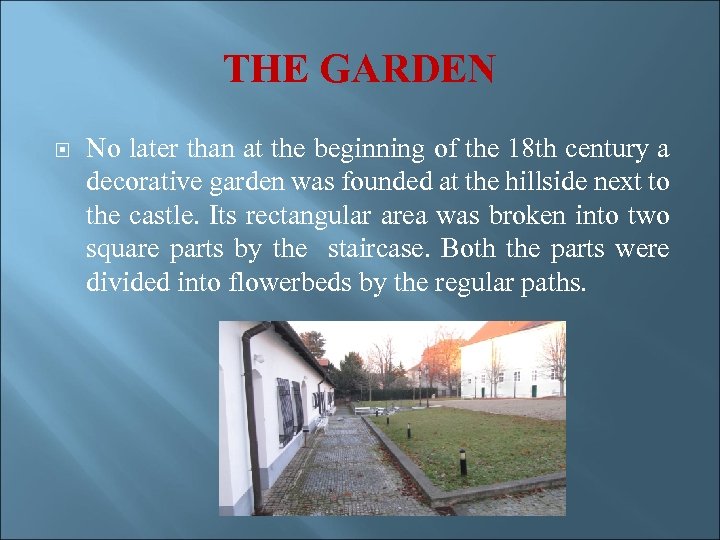 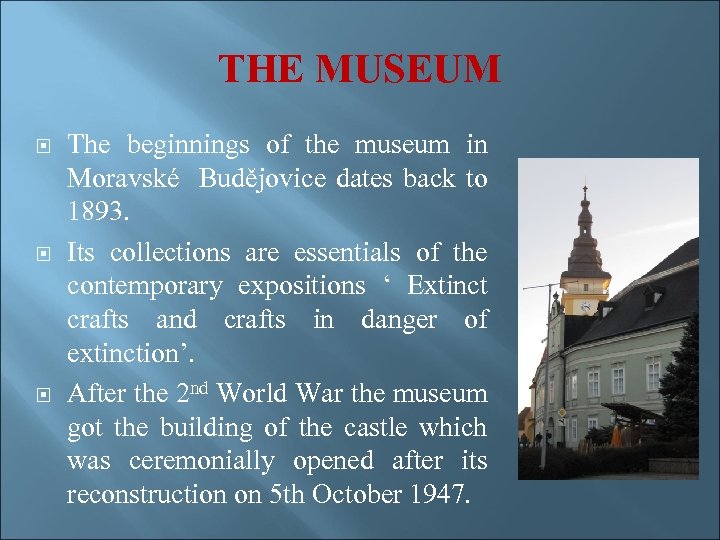 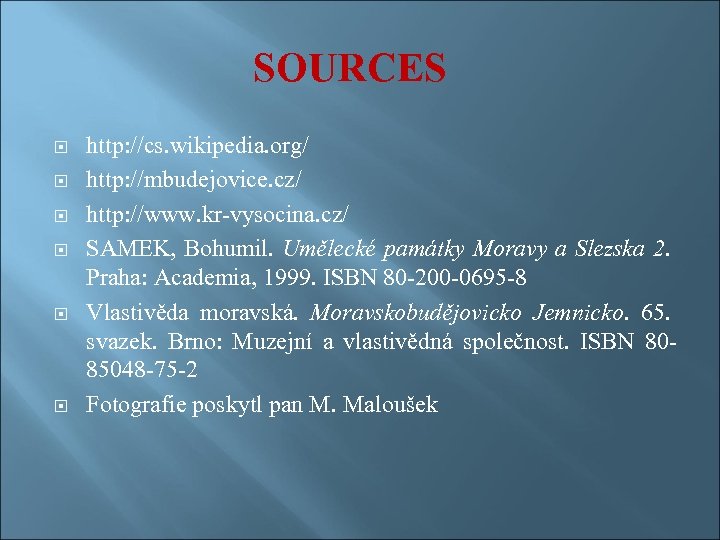 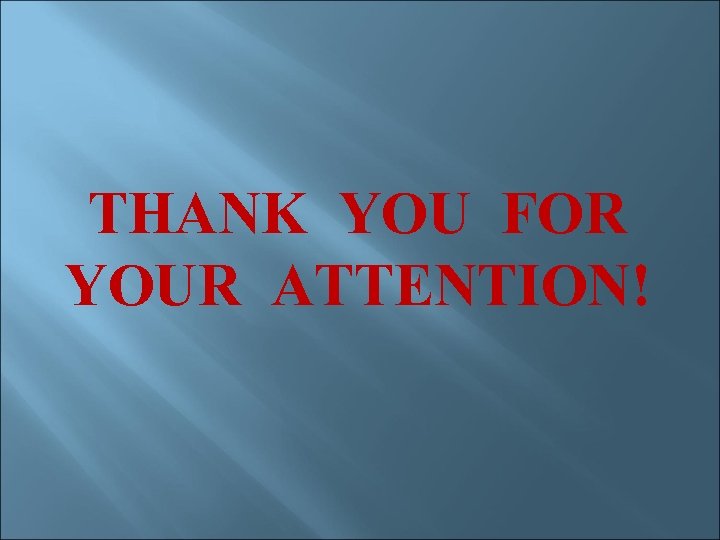 MORAVSKÉ BUDĚJOVICE Moravské Budějovice is situated in the Vysočina region, about 20 km south of Třebíč. Its area is 37. 15 km 2. The population is 7, 695 (from 18 th March 2011). Jackov, Lažínky, Vesce and Vranín are the parts of the town. Sister towns: Kautzen and Pulkau (Austria).

THE FOUNDATION We are not sure about the exact date of the foundation of Moravské Budějovice. It was probably founded in the 12 th century or in the first half of the 13 th century at the latest. The beginnings of the settlement are connected with the location of the town on a hummock above the ford over the Rokytka brook.

Budějovice belonged to property of the nobility with the administrative centre in the castle Bítov. We are not sure about the position of Budějovice at this time. At first it probably was a market settlement around the Haberská track. The ground plan of this settlement can be seen in the shape of today’s Square of Peace up to now.

THE MANOR HOUSE In 1648 Rudolf Henry from Schaumburk gains the manor. He decided to settle in Moravské Budějovice and build a castle here.

THE CASTLE It is probably partly situated at the place of the former noble residence whose existence is assumed by the information about the province Budějovice from 1231. Today’s building arose by uniting of the former manor house and three or four neighbouring middle-class houses and only a partial reconstruction of the town hall between 1666 -72.

MODIFICATIONS In 1681: mural and ceiling paintings. Modifications after 1736 were considerably concerned primarily the first floor of the building. Finally, the whole structure was unified by the classicist facade.

THE GARDEN No later than at the beginning of the 18 th century a decorative garden was founded at the hillside next to the castle. Its rectangular area was broken into two square parts by the staircase. Both the parts were divided into flowerbeds by the regular paths.

THE MUSEUM The beginnings of the museum in Moravské Budějovice dates back to 1893. Its collections are essentials of the contemporary expositions ‘ Extinct crafts and crafts in danger of extinction’. After the 2 nd World War the museum got the building of the castle which was ceremonially opened after its reconstruction on 5 th October 1947.