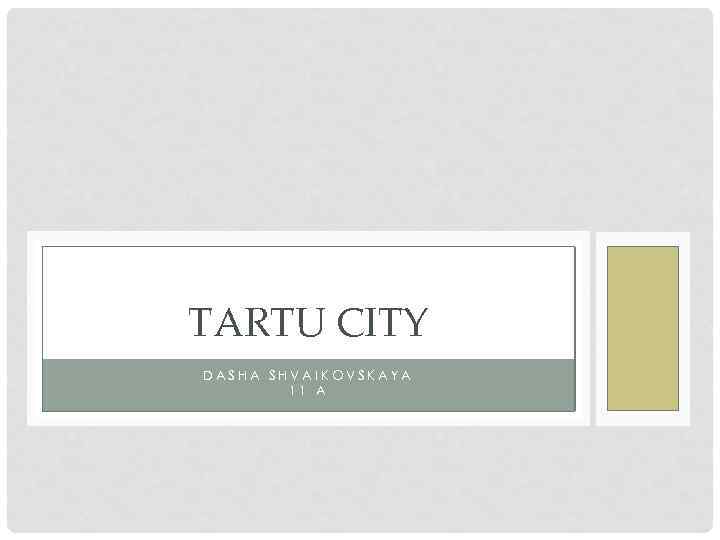 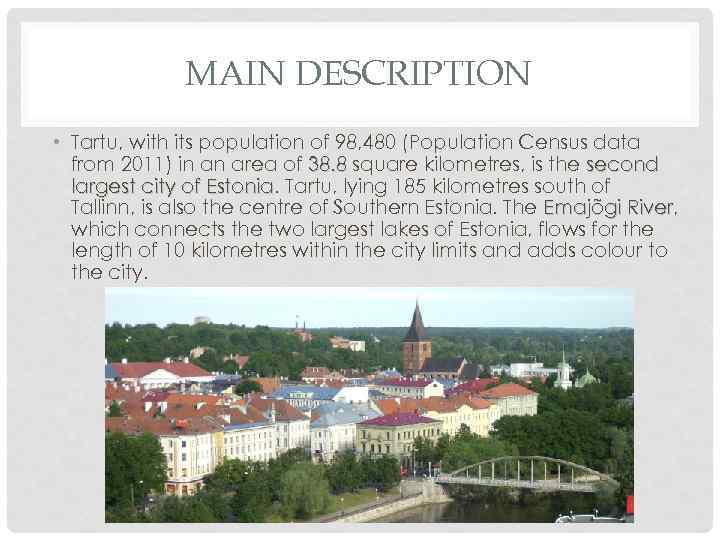 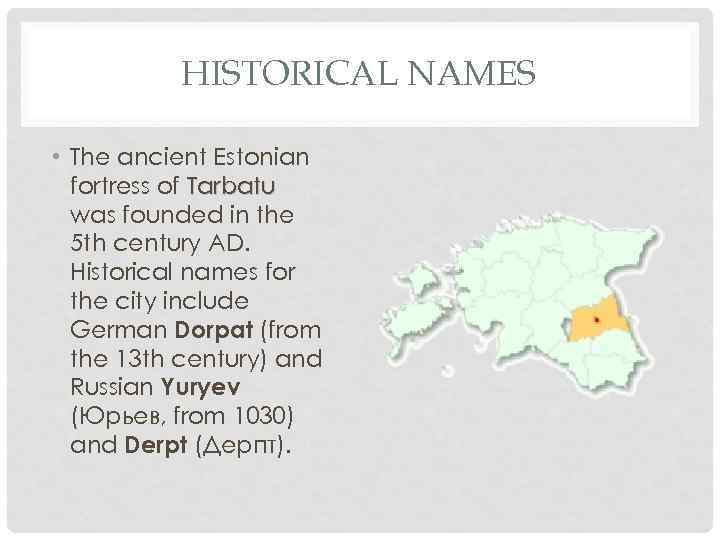 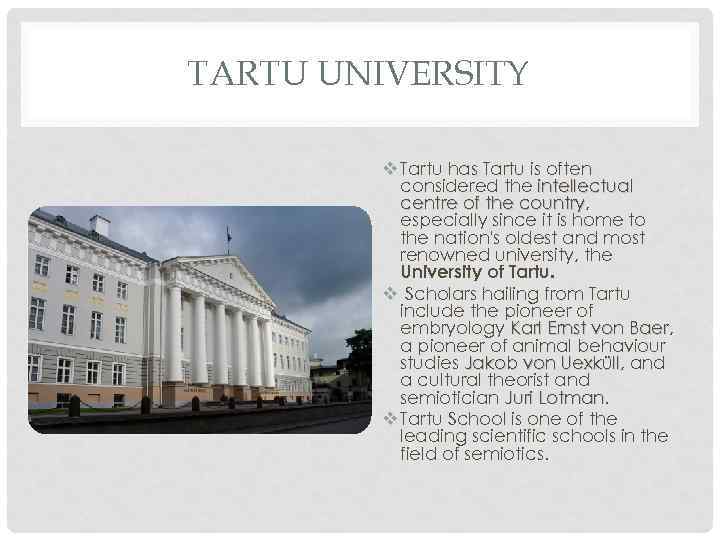 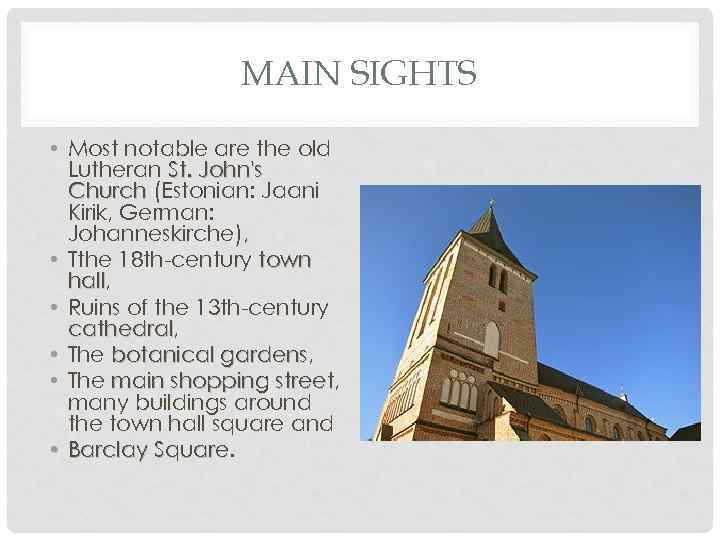 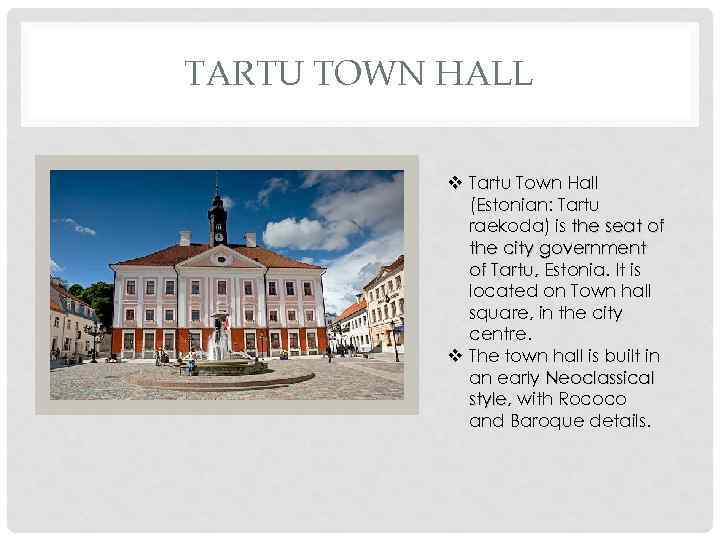 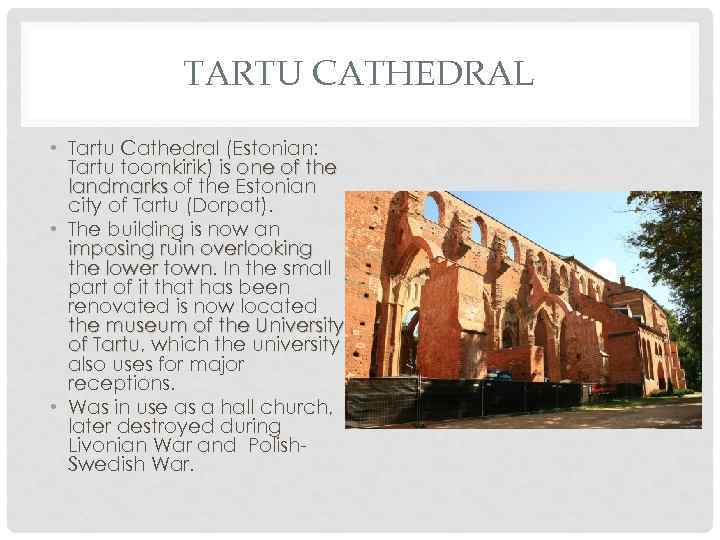 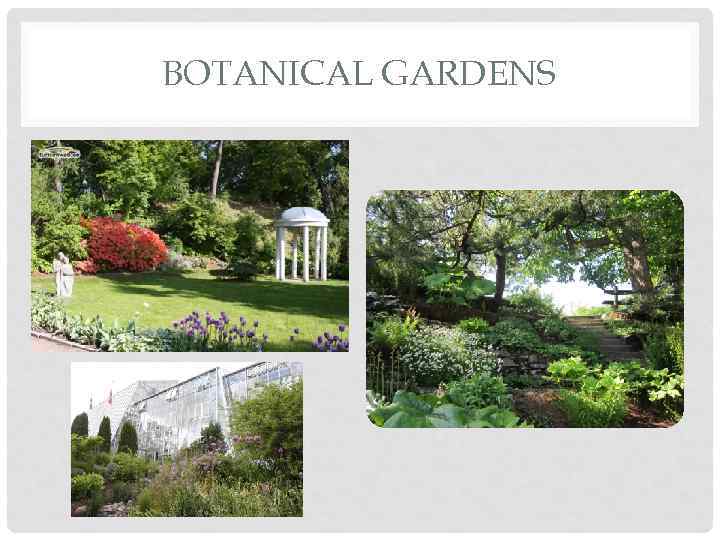 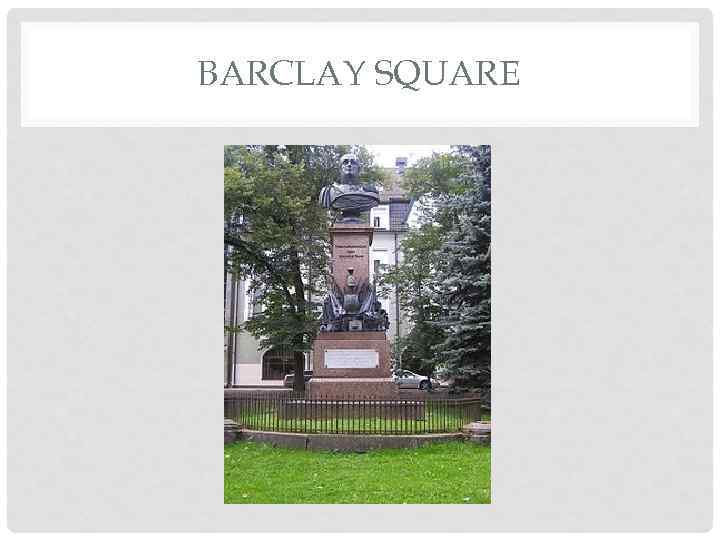 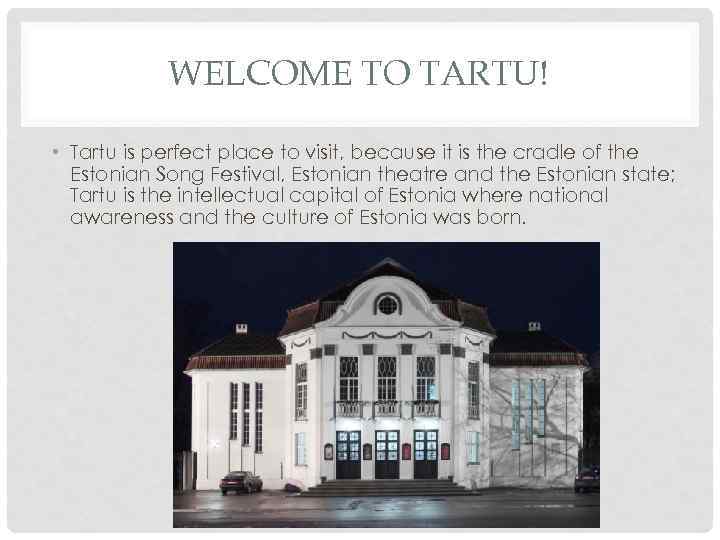 MAIN DESCRIPTION • Tartu, with its population of 98, 480 (Population Census data from 2011) in an area of 38. 8 square kilometres, is the second largest city of Estonia. Tartu, lying 185 kilometres south of Estonia Tallinn, is also the centre of Southern Estonia. The Emajõgi River, River which connects the two largest lakes of Estonia, flows for the length of 10 kilometres within the city limits and adds colour to the city.

HISTORICAL NAMES • The ancient Estonian fortress of Tarbatu was founded in the 5 th century AD. Historical names for the city include German Dorpat (from the 13 th century) and Russian Yuryev (Юрьев, from 1030) and Derpt (Дерпт).

TARTU UNIVERSITY v Tartu has Tartu is often considered the intellectual centre of the country, country especially since it is home to the nation's oldest and most renowned university, the University of Tartu. v Scholars hailing from Tartu include the pioneer of embryology Karl Ernst von Baer, Baer a pioneer of animal behaviour studies Jakob von Uexküll, and Uexküll a cultural theorist and semiotician Juri Lotman v Tartu School is one of the leading scientific schools in the field of semiotics.

TARTU TOWN HALL v Tartu Town Hall (Estonian: Tartu raekoda) is the seat of the city government of Tartu, Estonia. It is Tartu located on Town hall square, in the city centre. v The town hall is built in an early Neoclassical style, with Rococo style and Baroque details.

TARTU CATHEDRAL • Tartu Cathedral (Estonian: Tartu toomkirik) is one of the landmarks of the Estonian city of Tartu (Dorpat). • The building is now an imposing ruin overlooking the lower town. In the small town part of it that has been renovated is now located the museum of the University of Tartu, which the university Tartu also uses for major receptions. • Was in use as a hall church, later destroyed during Livonian War and Polish. Swedish War.

WELCOME TO TARTU! • Tartu is perfect place to visit, because it is the cradle of the Estonian Song Festival, Estonian theatre and the Estonian state; Tartu is the intellectual capital of Estonia where national awareness and the culture of Estonia was born.