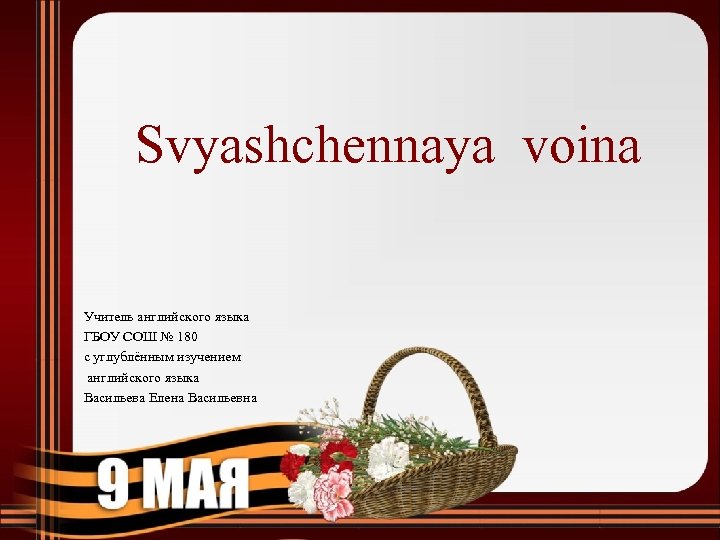 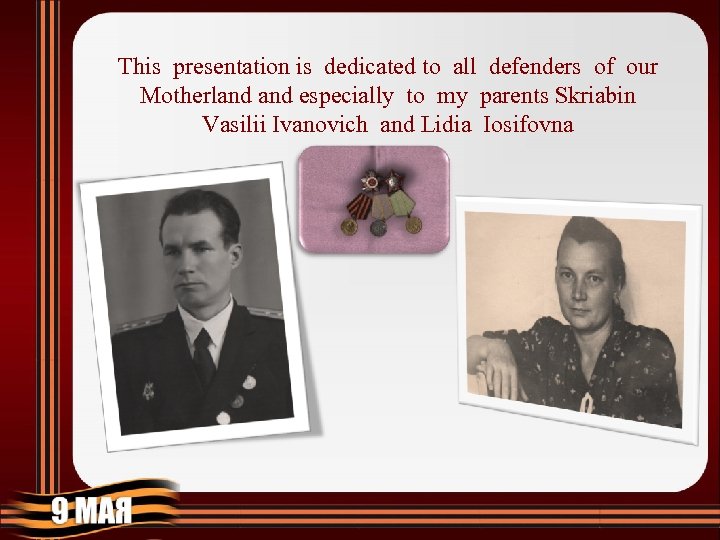 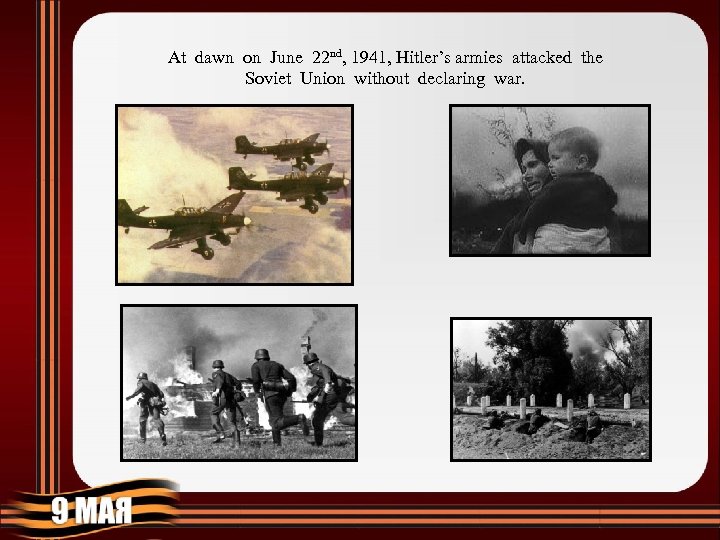 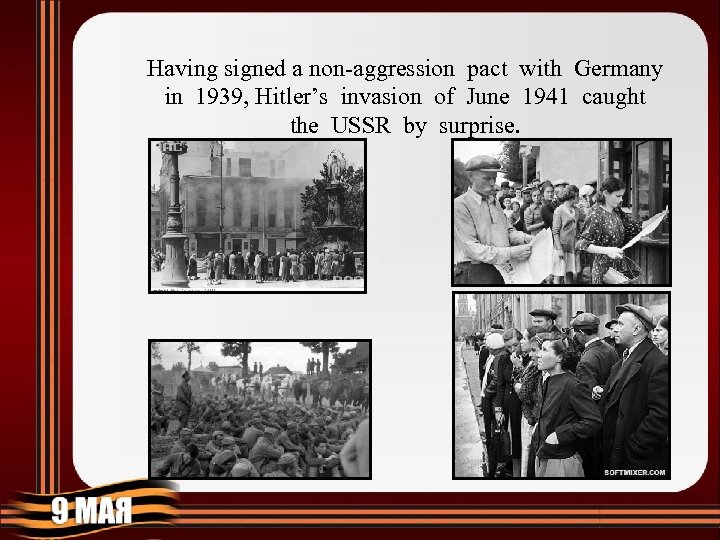 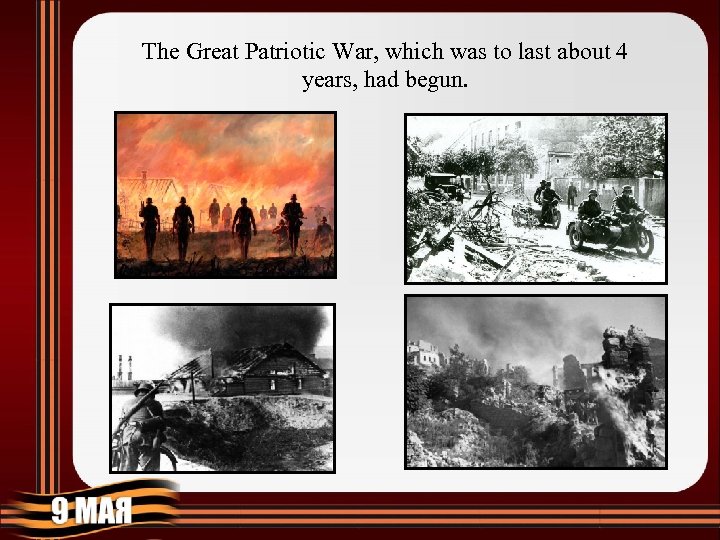 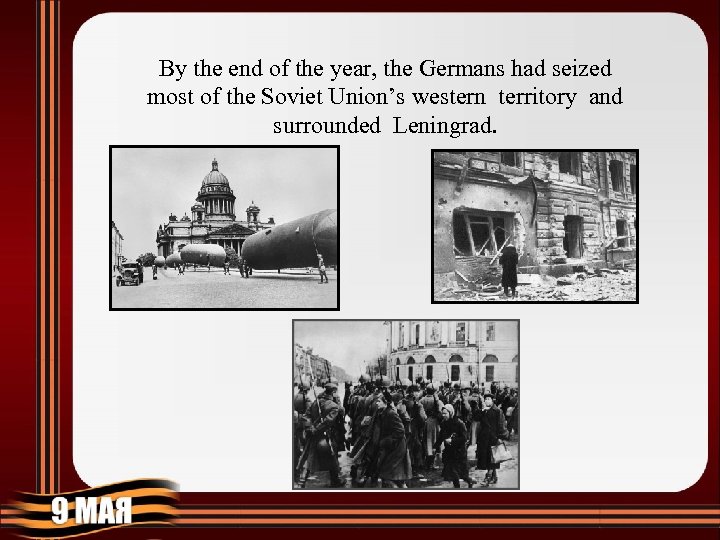 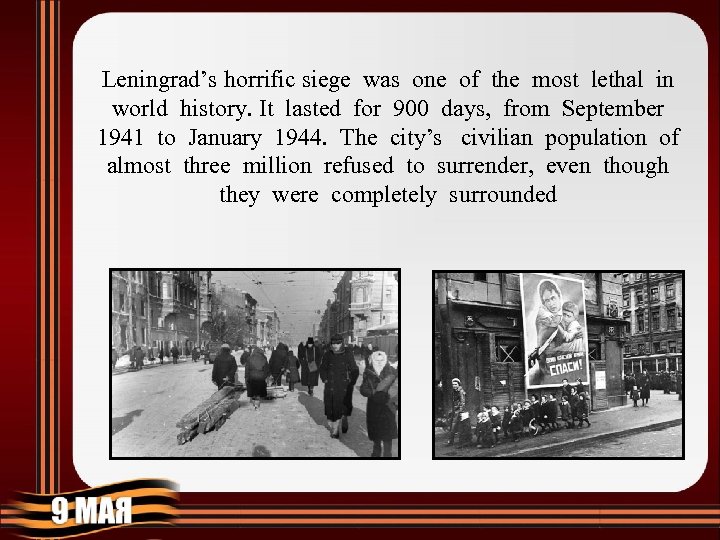 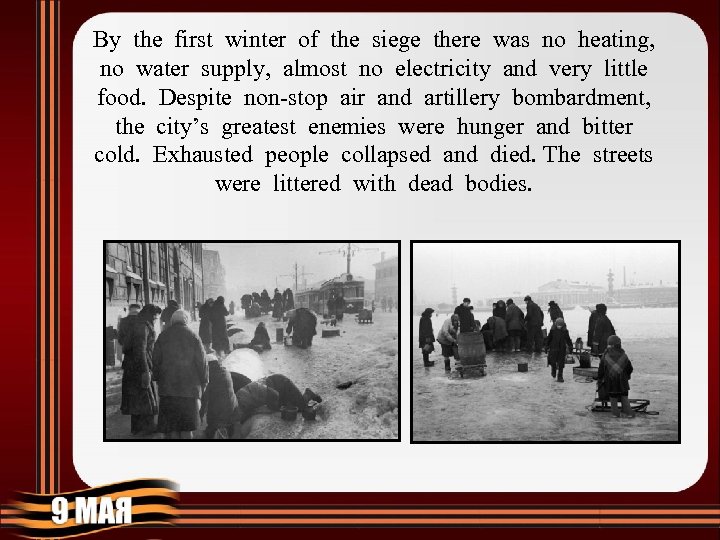 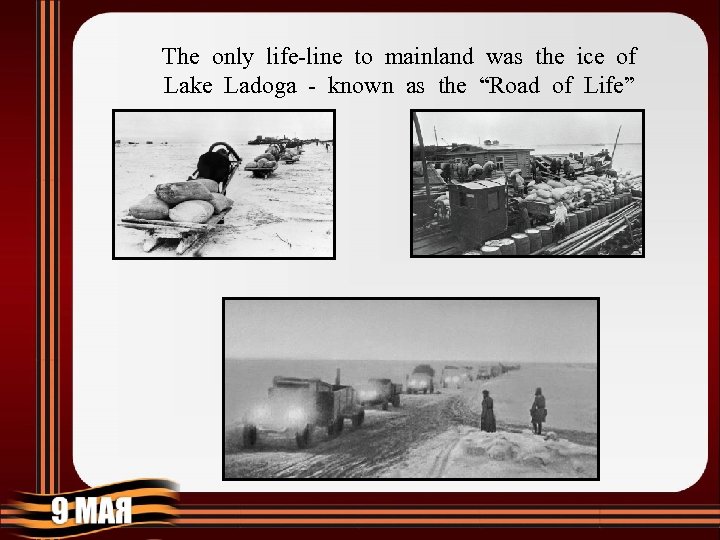 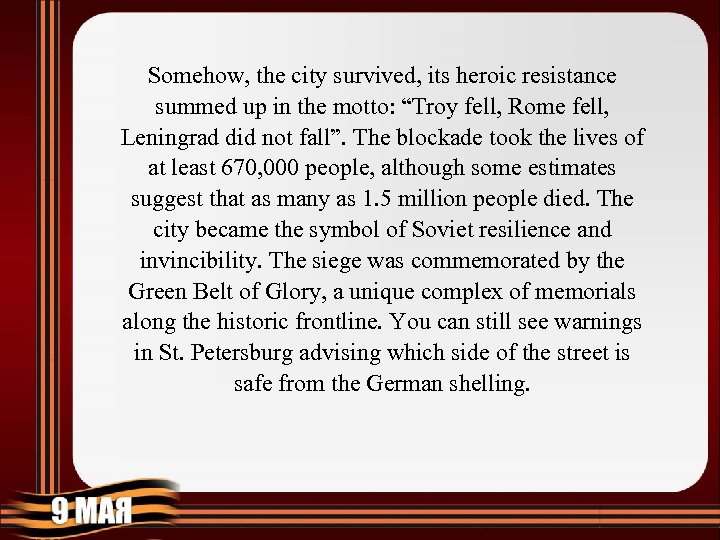 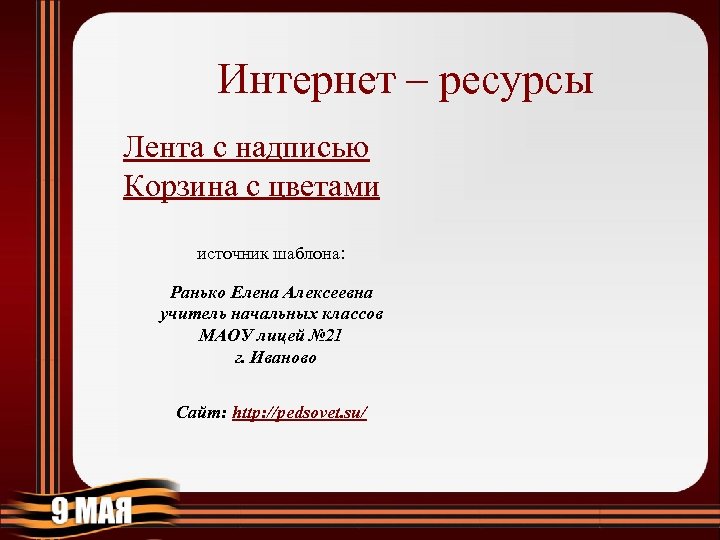 Having signed a non-aggression pact with Germany in 1939, Hitler’s invasion of June 1941 caught the USSR by surprise.

The Great Patriotic War, which was to last about 4 years, had begun.

By the end of the year, the Germans had seized most of the Soviet Union’s western territory and surrounded Leningrad.

Leningrad’s horrific siege was one of the most lethal in world history. It lasted for 900 days, from September 1941 to January 1944. The city’s civilian population of almost three million refused to surrender, even though they were completely surrounded

By the first winter of the siege there was no heating, no water supply, almost no electricity and very little food. Despite non-stop air and artillery bombardment, the city’s greatest enemies were hunger and bitter cold. Exhausted people collapsed and died. The streets were littered with dead bodies.

Somehow, the city survived, its heroic resistance summed up in the motto: “Troy fell, Rome fell, Leningrad did not fall”. The blockade took the lives of at least 670, 000 people, although some estimates suggest that as many as 1. 5 million people died. The city became the symbol of Soviet resilience and invincibility. The siege was commemorated by the Green Belt of Glory, a unique complex of memorials along the historic frontline. You can still see warnings in St. Petersburg advising which side of the street is safe from the German shelling.