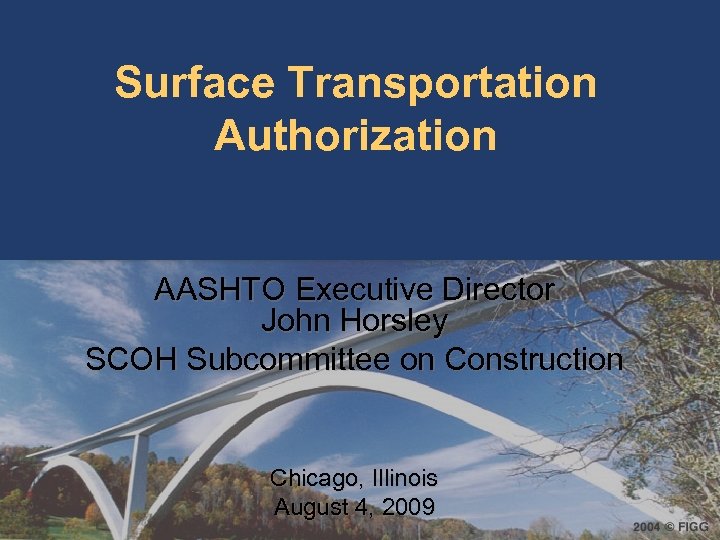 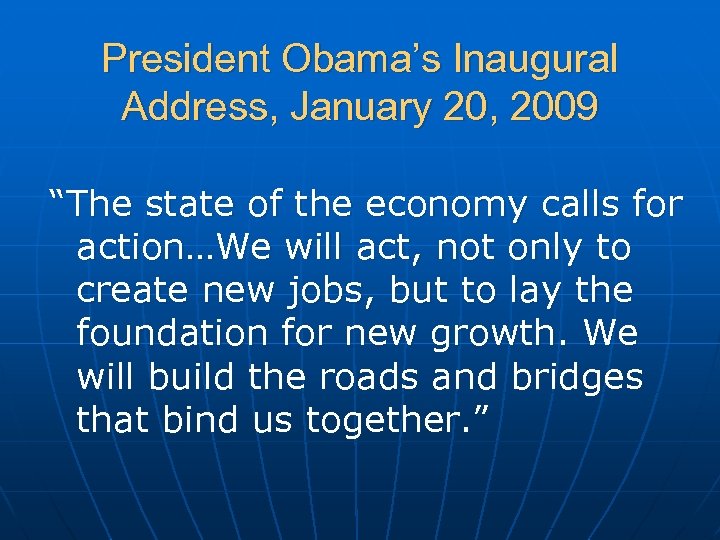 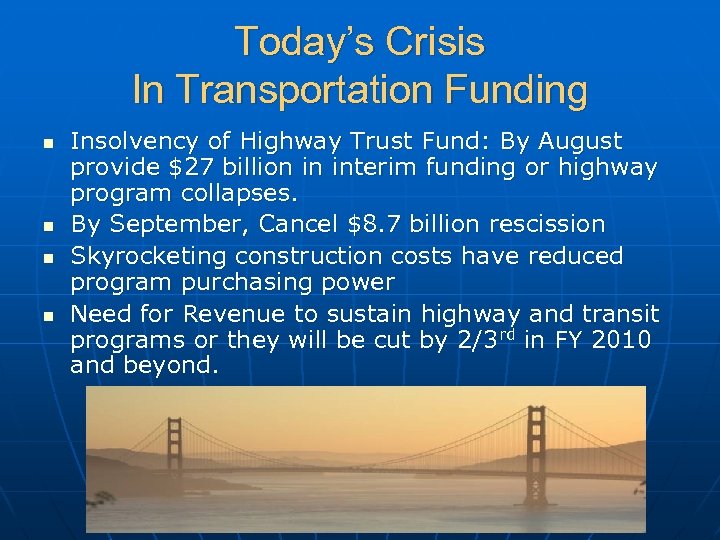 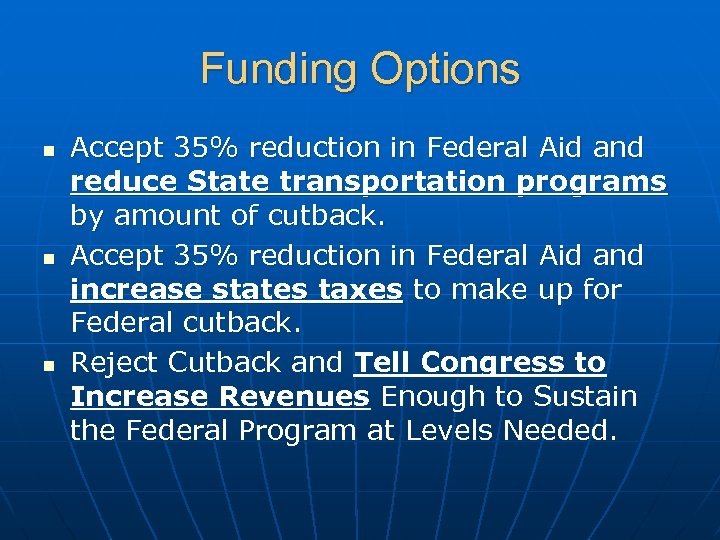 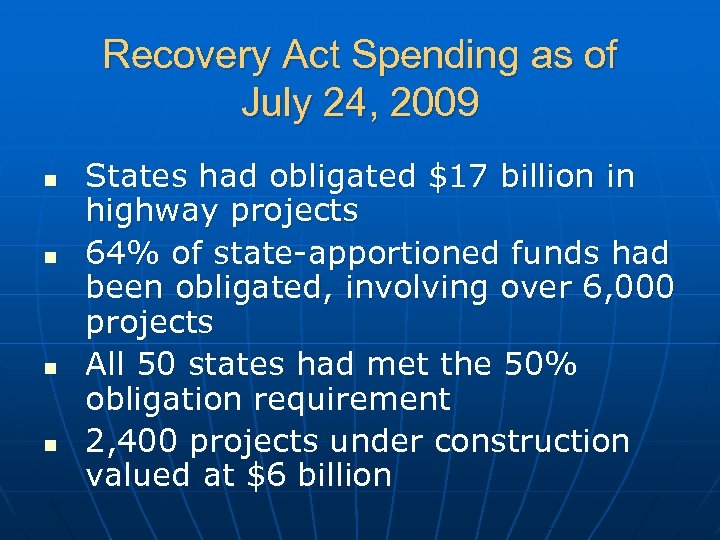 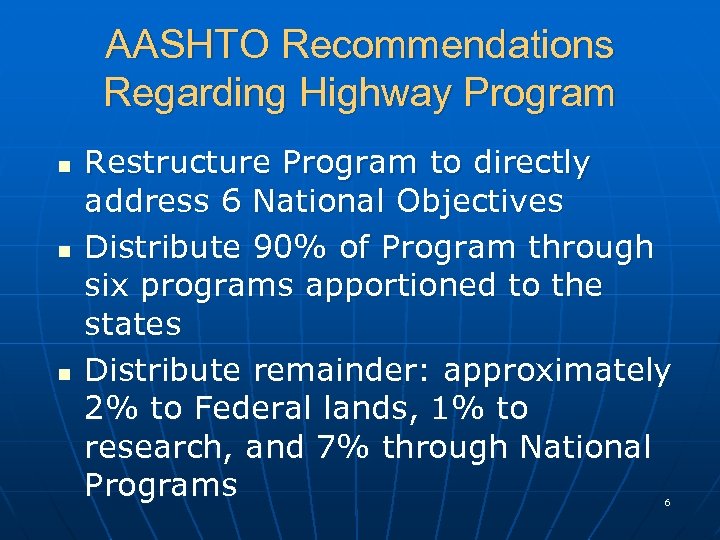 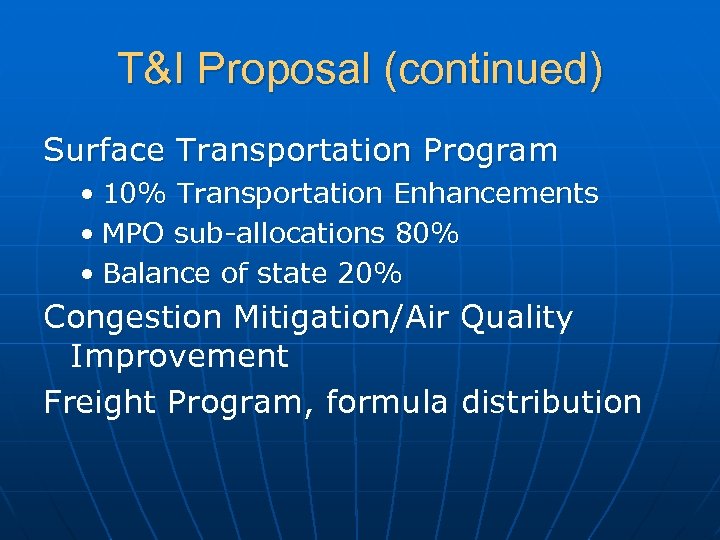 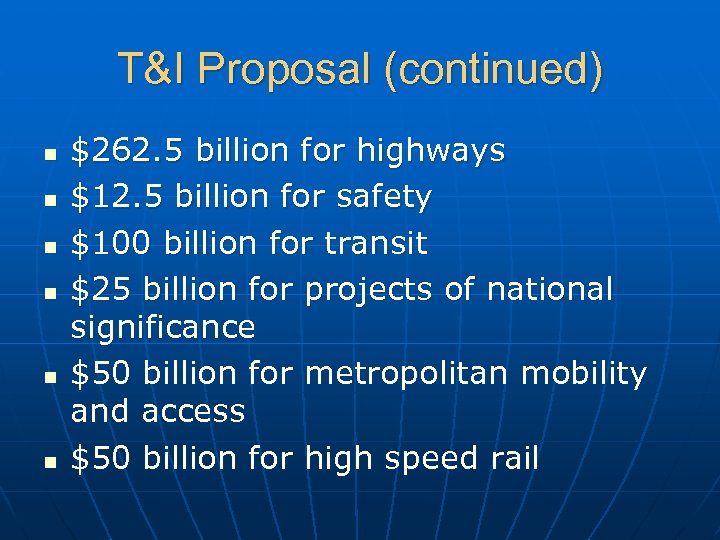 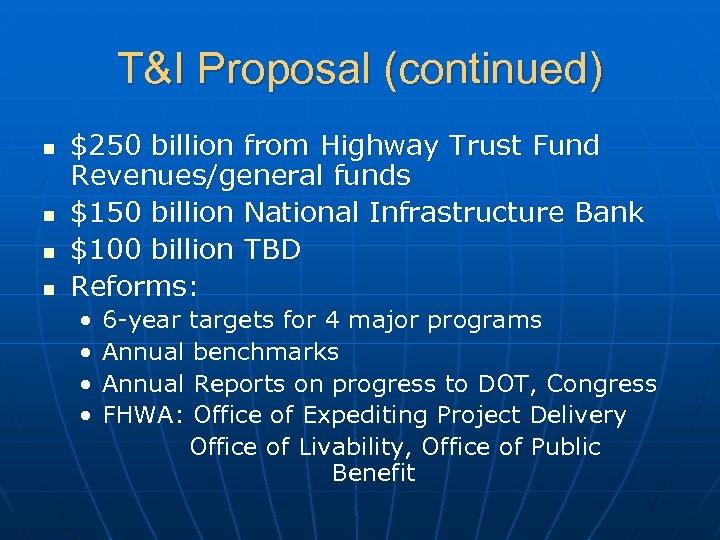 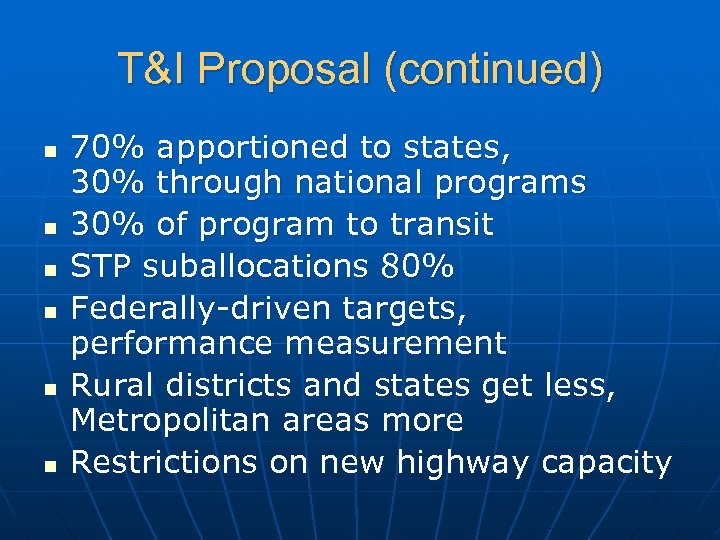 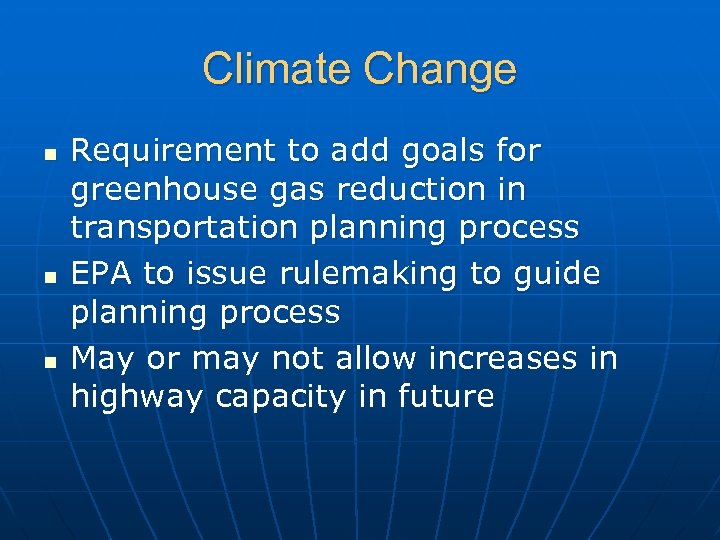 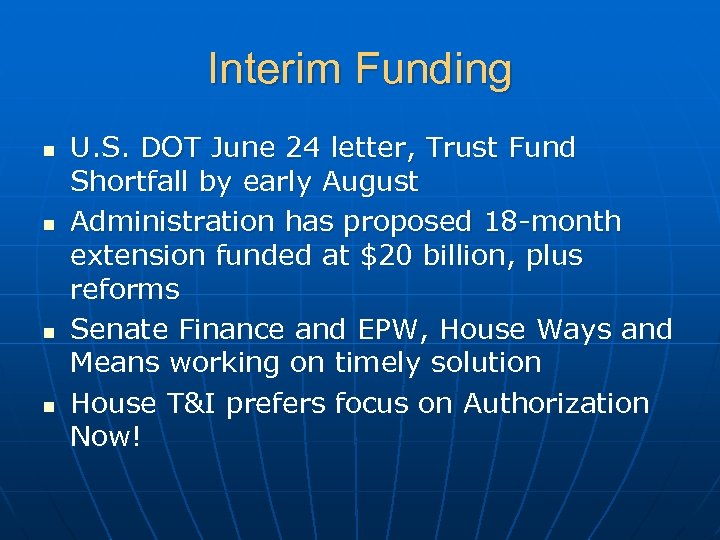 President Obama’s Inaugural Address, January 20, 2009 “The state of the economy calls for action…We will act, not only to create new jobs, but to lay the foundation for new growth. We will build the roads and bridges that bind us together. ”

Today’s Crisis In Transportation Funding n n Insolvency of Highway Trust Fund: By August provide $27 billion in interim funding or highway program collapses. By September, Cancel $8. 7 billion rescission Skyrocketing construction costs have reduced program purchasing power Need for Revenue to sustain highway and transit programs or they will be cut by 2/3 rd in FY 2010 and beyond.

Recovery Act Spending as of July 24, 2009 n n States had obligated $17 billion in highway projects 64% of state-apportioned funds had been obligated, involving over 6, 000 projects All 50 states had met the 50% obligation requirement 2, 400 projects under construction valued at $6 billion