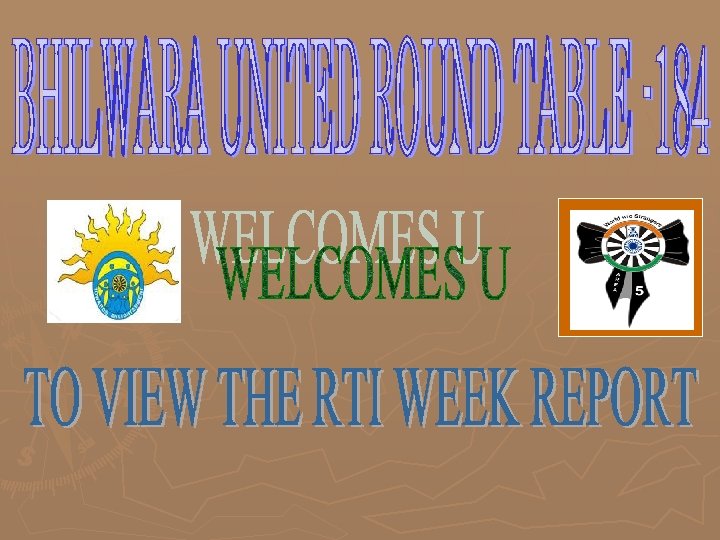 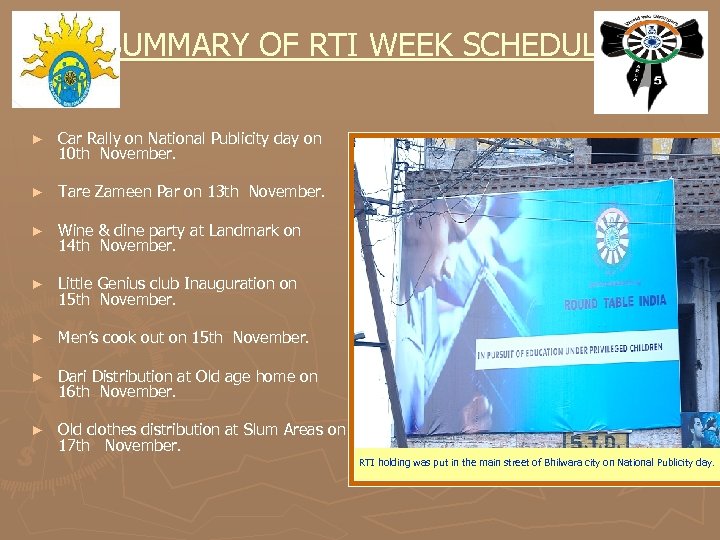 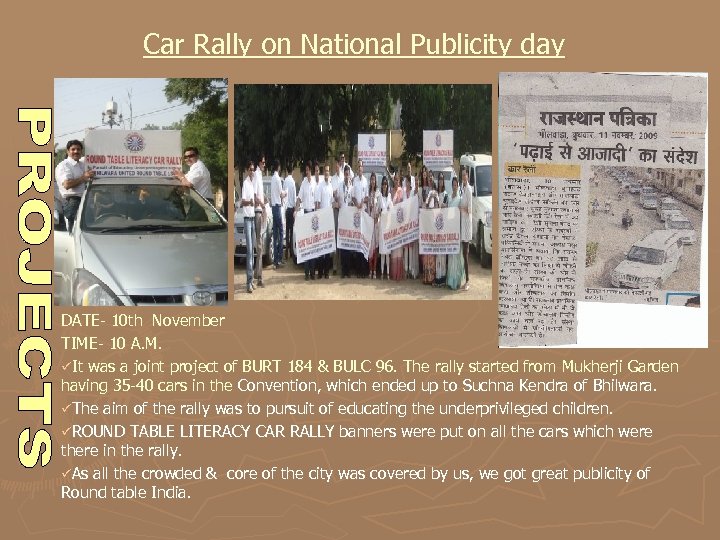 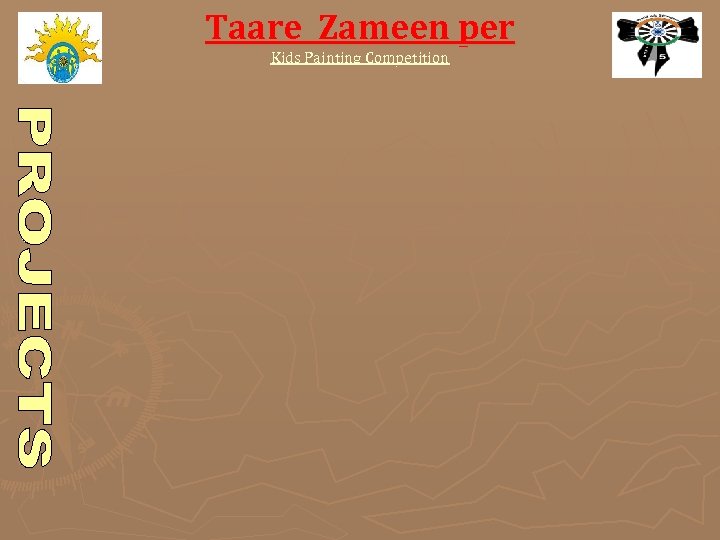 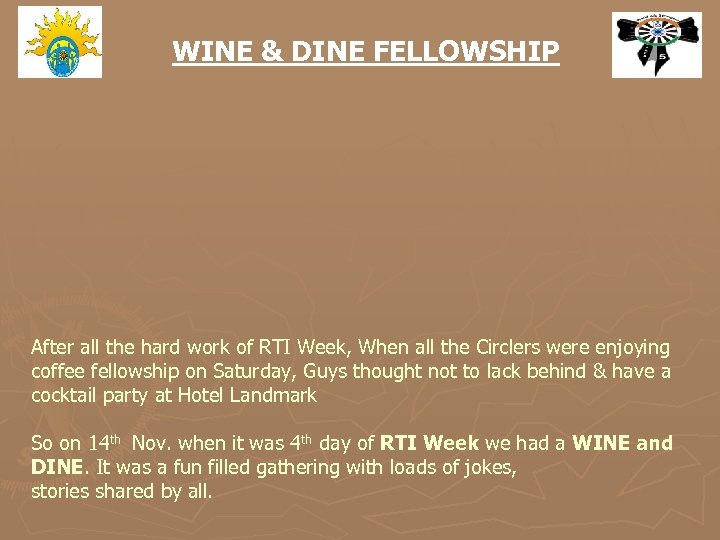 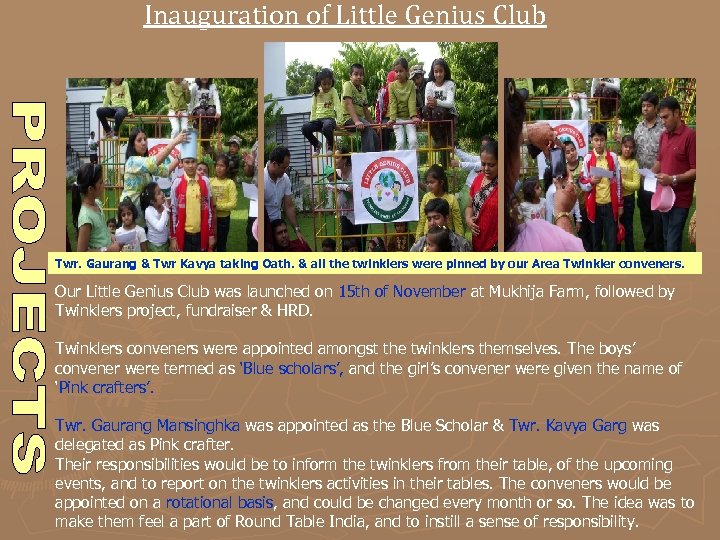 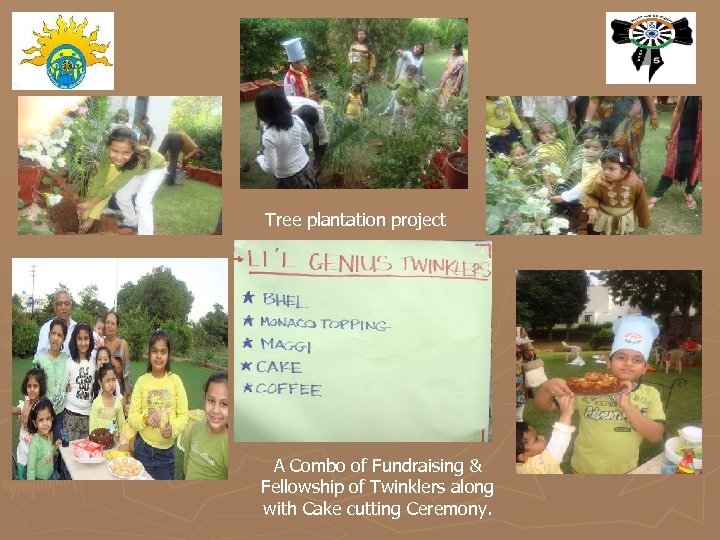 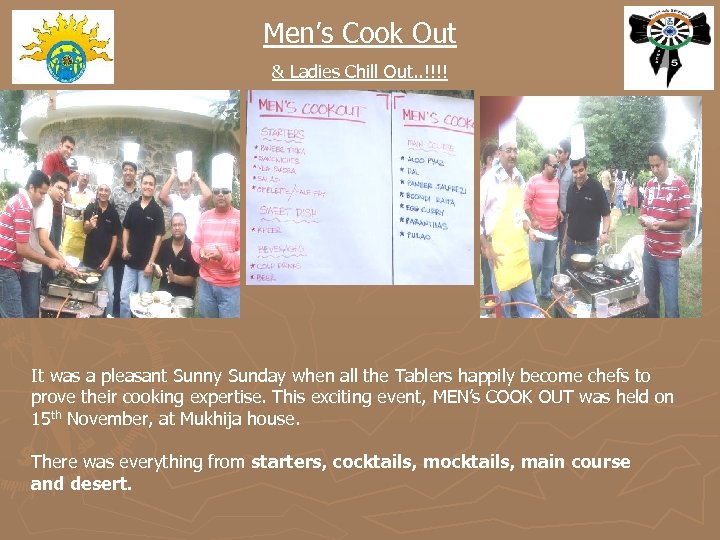 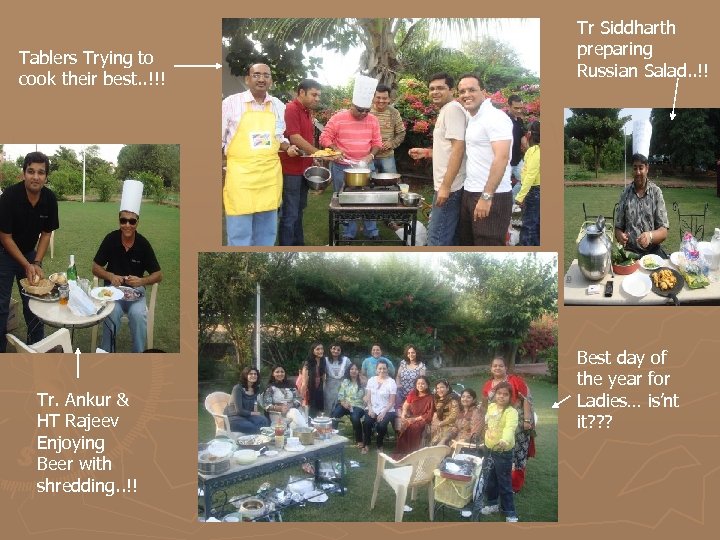 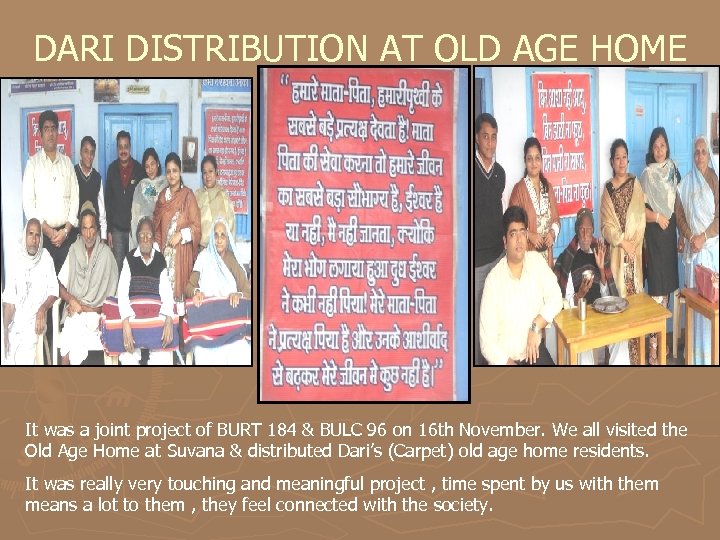 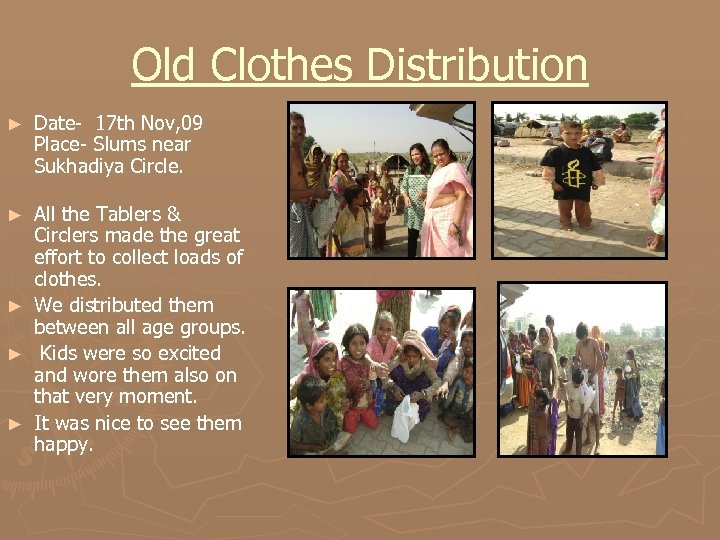 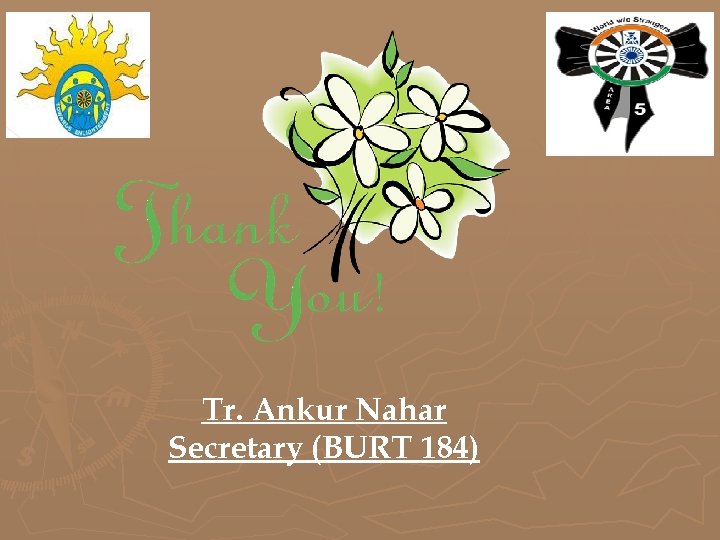 Car Rally on National Publicity day DATE- 10 th November TIME- 10 A. M. üIt was a joint project of BURT 184 & BULC 96. The rally started from Mukherji Garden having 35 -40 cars in the Convention, which ended up to Suchna Kendra of Bhilwara. üThe aim of the rally was to pursuit of educating the underprivileged children. üROUND TABLE LITERACY CAR RALLY banners were put on all the cars which were there in the rally. üAs all the crowded & core of the city was covered by us, we got great publicity of Round table India.

WINE & DINE FELLOWSHIP After all the hard work of RTI Week, When all the Circlers were enjoying coffee fellowship on Saturday, Guys thought not to lack behind & have a cocktail party at Hotel Landmark So on 14 th Nov. when it was 4 th day of RTI Week we had a WINE and DINE. It was a fun filled gathering with loads of jokes, stories shared by all.

Inauguration of Little Genius Club Twr. Gaurang & Twr Kavya taking Oath. & all the twinklers were pinned by our Area Twinkler conveners. Our Little Genius Club was launched on 15 th of November at Mukhija Farm, followed by Twinklers project, fundraiser & HRD. Twinklers conveners were appointed amongst the twinklers themselves. The boys’ convener were termed as ‘Blue scholars’, and the girl’s convener were given the name of ‘Pink crafters’. Twr. Gaurang Mansinghka was appointed as the Blue Scholar & Twr. Kavya Garg was delegated as Pink crafter. Their responsibilities would be to inform the twinklers from their table, of the upcoming events, and to report on the twinklers activities in their tables. The conveners would be appointed on a rotational basis, and could be changed every month or so. The idea was to make them feel a part of Round Table India, and to instill a sense of responsibility.

Tree plantation project A Combo of Fundraising & Fellowship of Twinklers along with Cake cutting Ceremony.

Men’s Cook Out & Ladies Chill Out. . !!!! It was a pleasant Sunny Sunday when all the Tablers happily become chefs to prove their cooking expertise. This exciting event, MEN’s COOK OUT was held on 15 th November, at Mukhija house. There was everything from starters, cocktails, main course and desert.

DARI DISTRIBUTION AT OLD AGE HOME It was a joint project of BURT 184 & BULC 96 on 16 th November. We all visited the Old Age Home at Suvana & distributed Dari’s (Carpet) old age home residents. It was really very touching and meaningful project , time spent by us with them means a lot to them , they feel connected with the society.

Old Clothes Distribution ► Date- 17 th Nov, 09 Place- Slums near Sukhadiya Circle. ► All the Tablers & Circlers made the great effort to collect loads of clothes. We distributed them between all age groups. Kids were so excited and wore them also on that very moment. It was nice to see them happy. ► ► ►

Managing Time There are 168 hours in