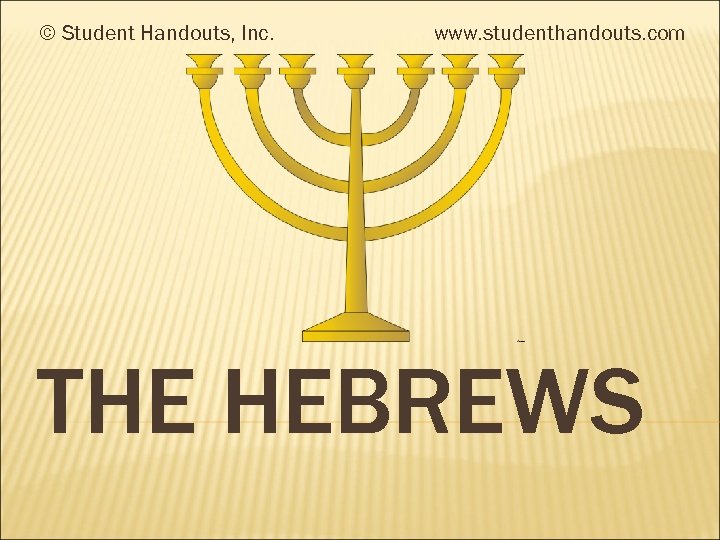 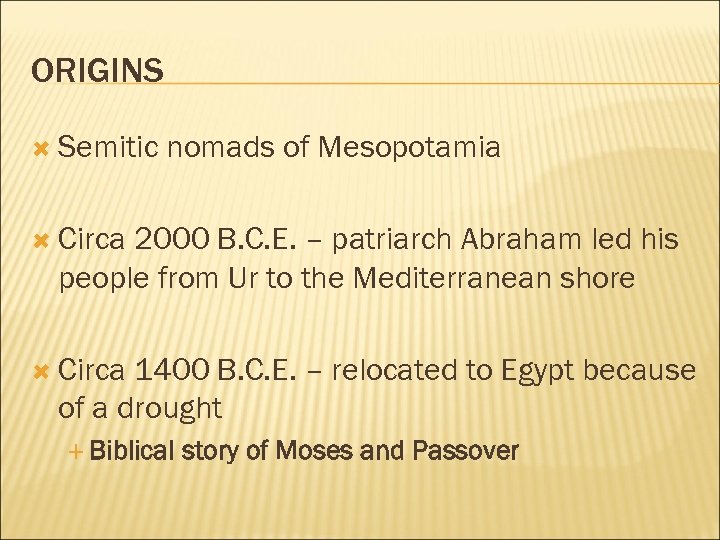 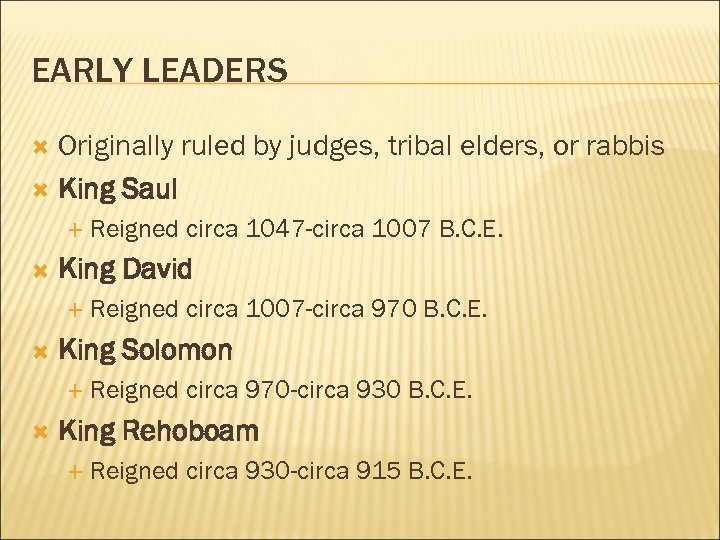 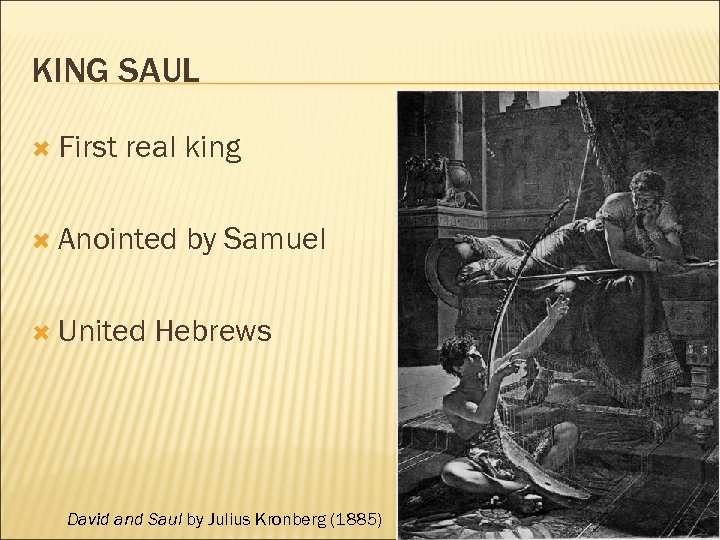 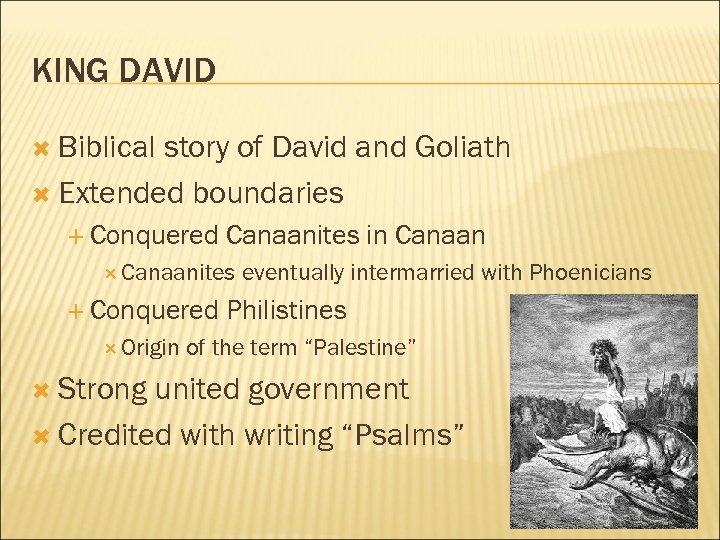 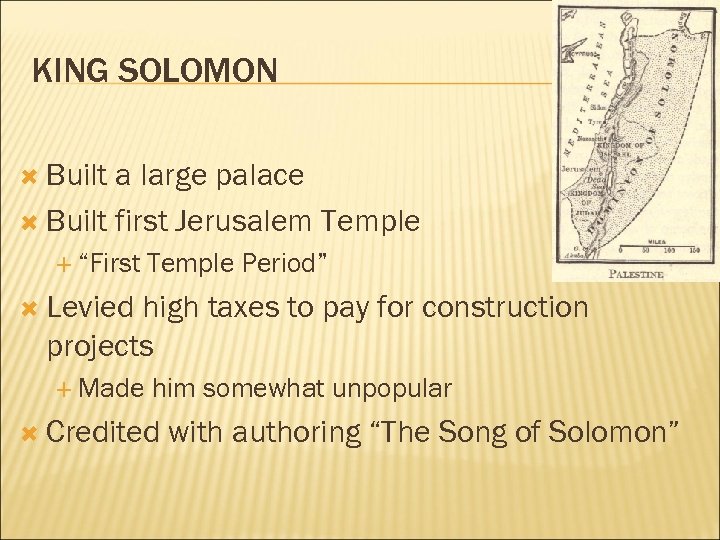 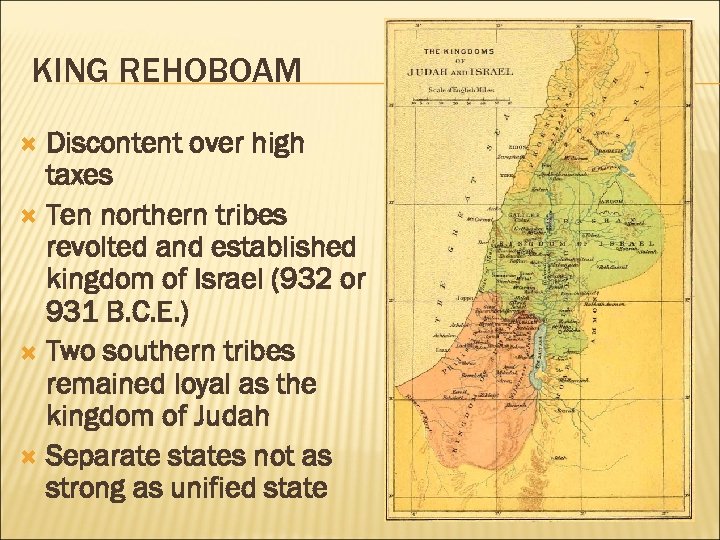 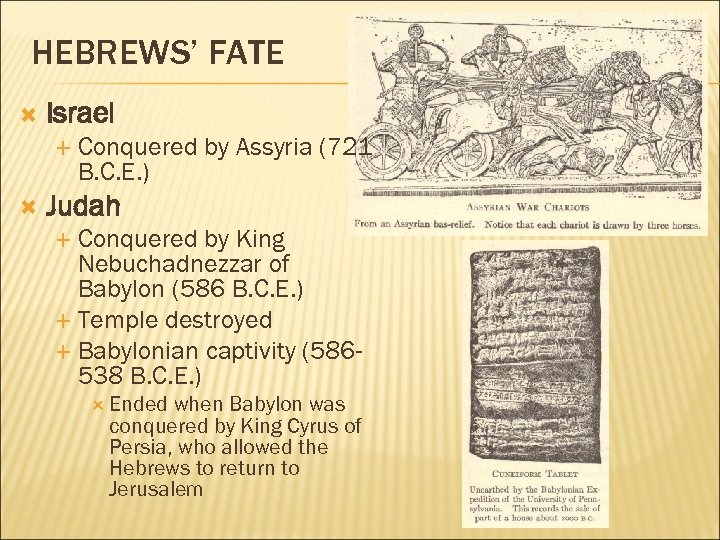 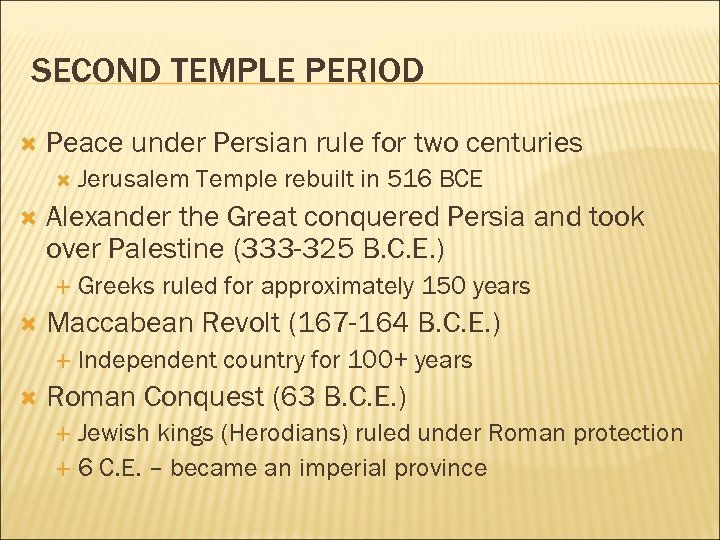 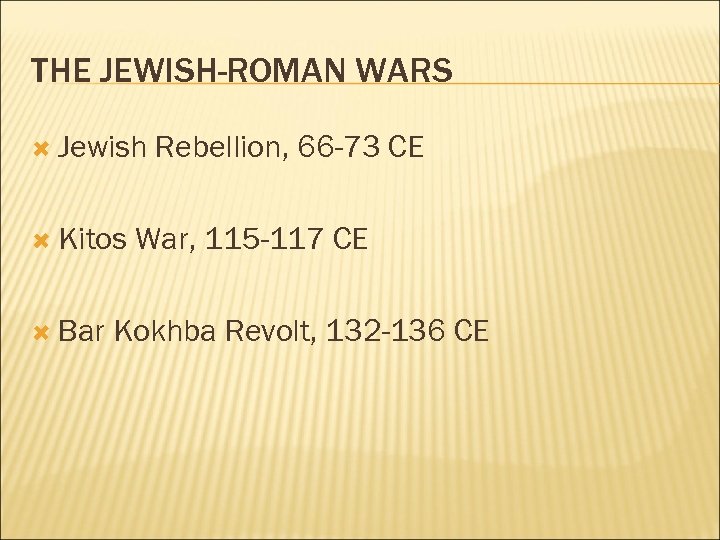 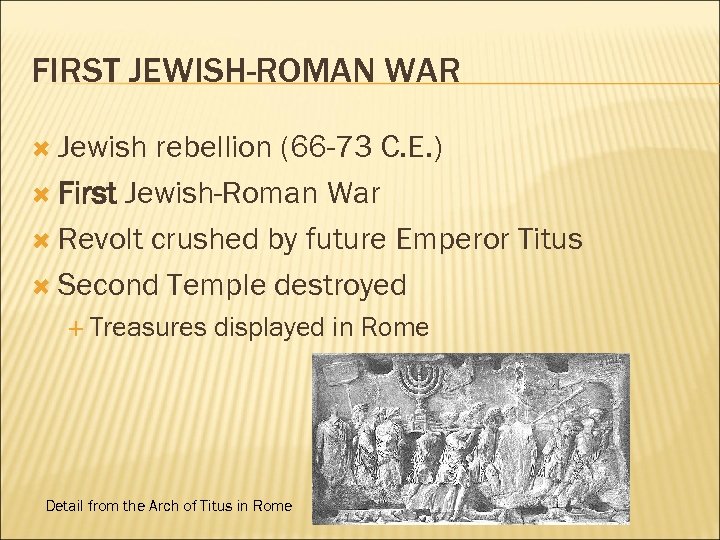 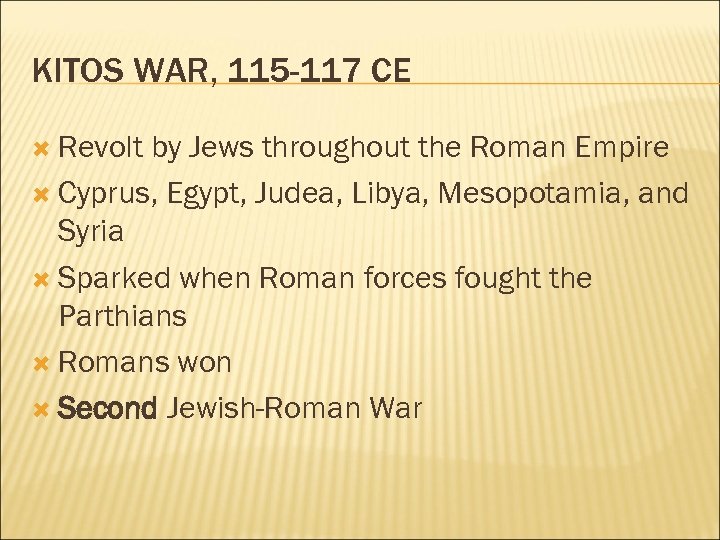 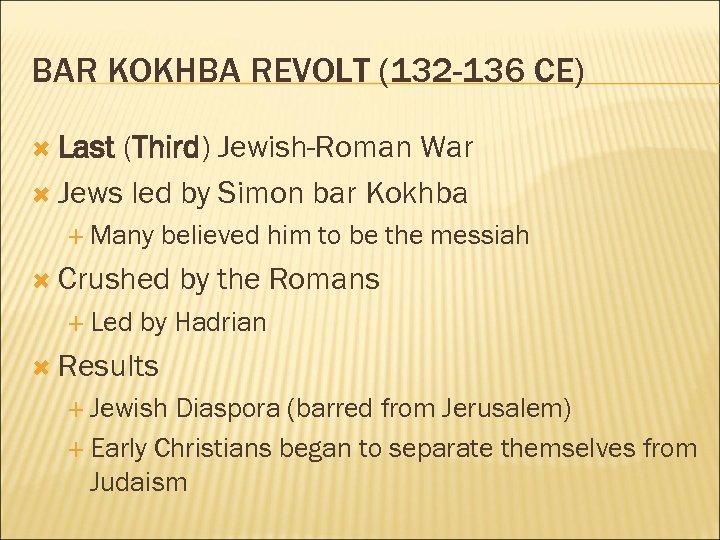 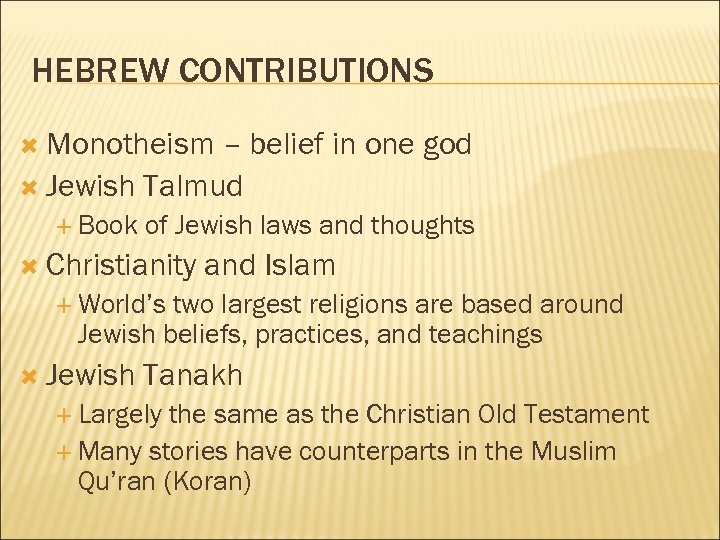 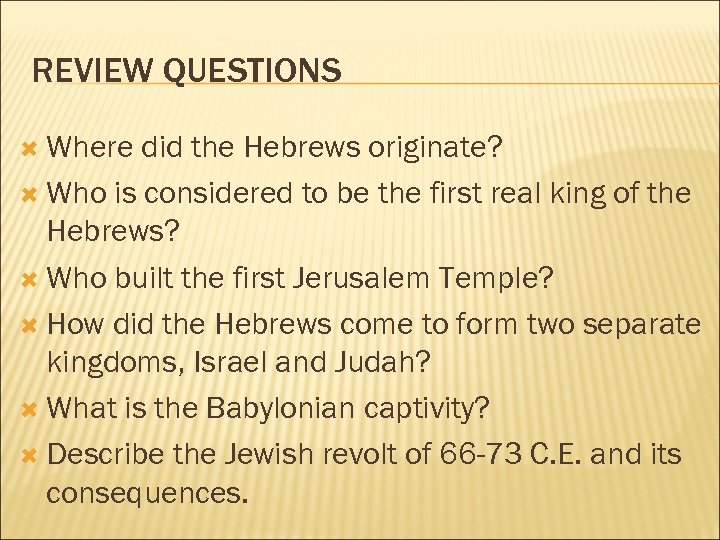 ORIGINS Semitic nomads of Mesopotamia Circa 2000 B. C. E. – patriarch Abraham led his people from Ur to the Mediterranean shore Circa 1400 B. C. E. – relocated to Egypt because of a drought Biblical story of Moses and Passover

HEBREW CONTRIBUTIONS Monotheism – belief in one god Jewish Talmud Book of Jewish laws and thoughts Christianity and Islam World’s two largest religions are based around Jewish beliefs, practices, and teachings Jewish Tanakh Largely the same as the Christian Old Testament Many stories have counterparts in the Muslim Qu’ran (Koran)

REVIEW QUESTIONS Where did the Hebrews originate? Who is considered to be the first real king of the Hebrews? Who built the first Jerusalem Temple? How did the Hebrews come to form two separate kingdoms, Israel and Judah? What is the Babylonian captivity? Describe the Jewish revolt of 66 -73 C. E. and its consequences.