Structure of the Bible Introduction to the Bible 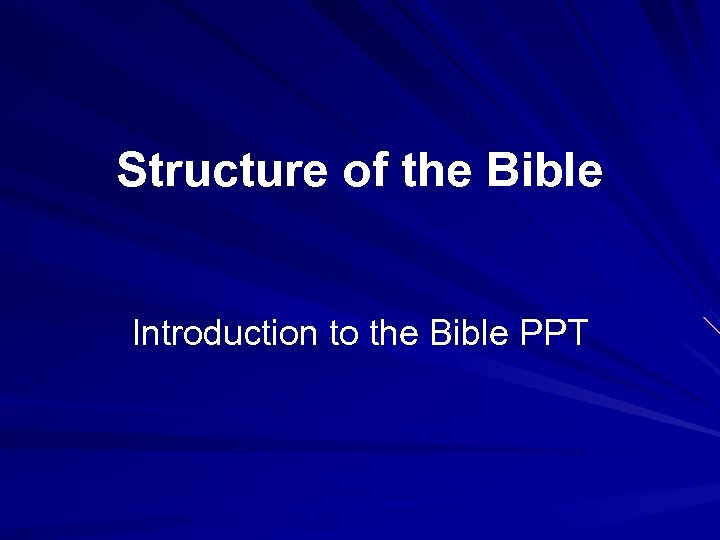 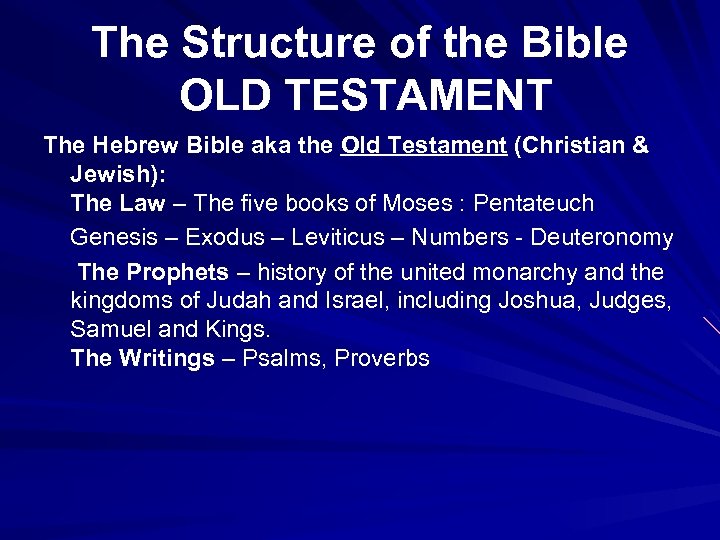 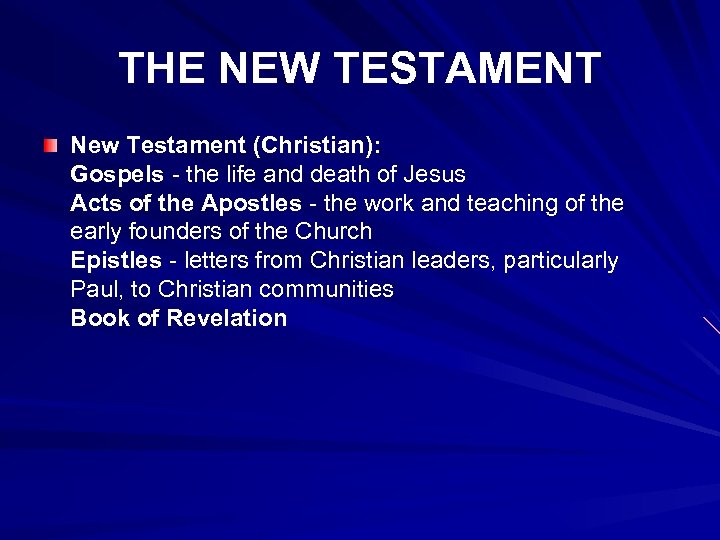 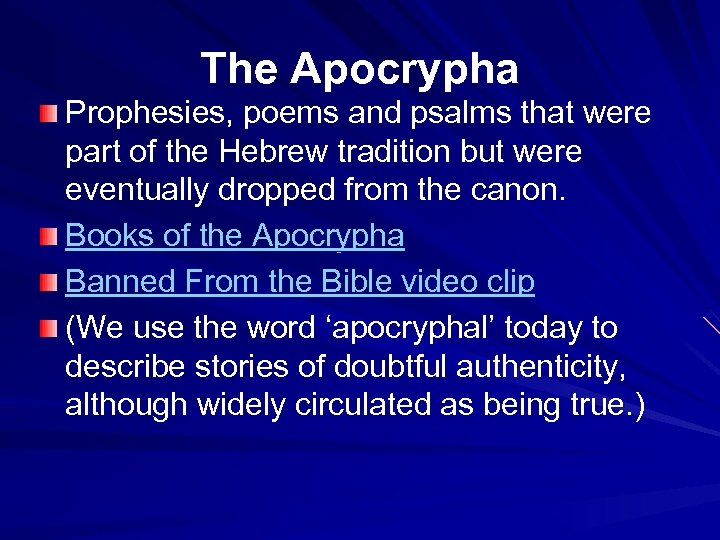 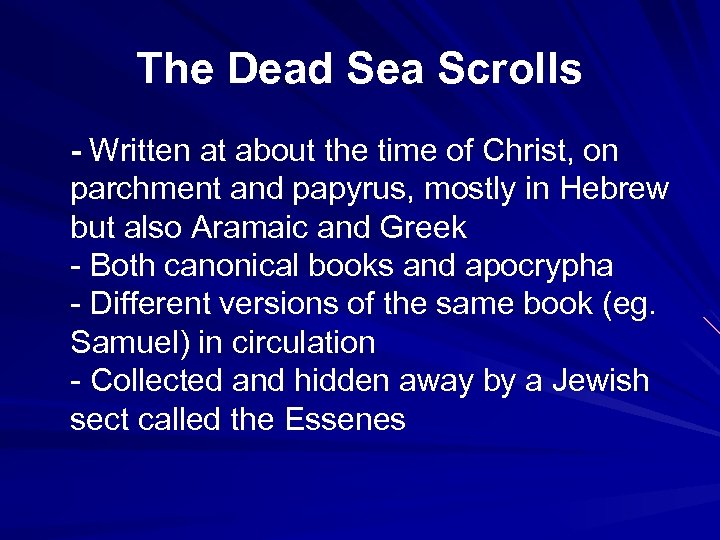 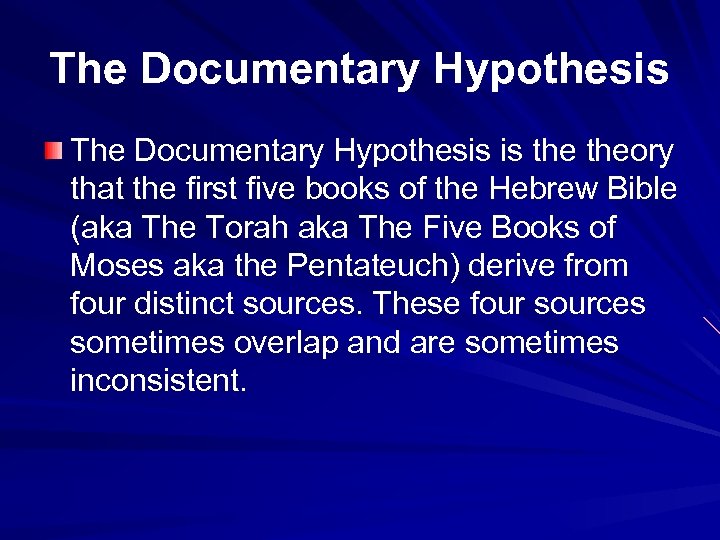 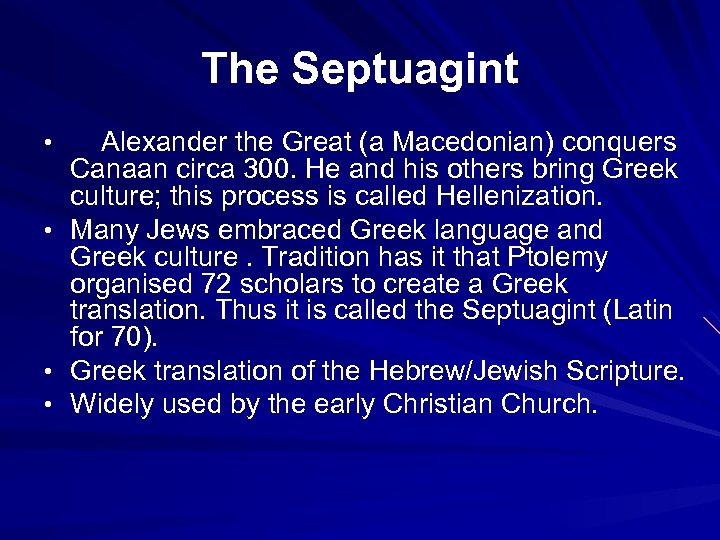 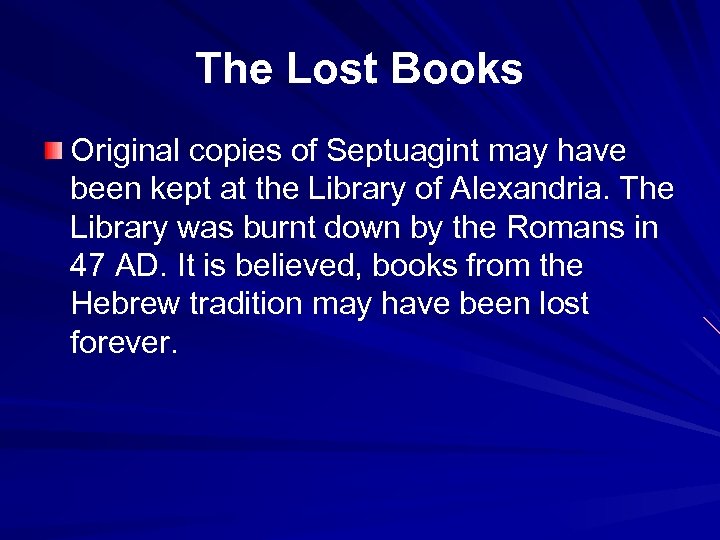 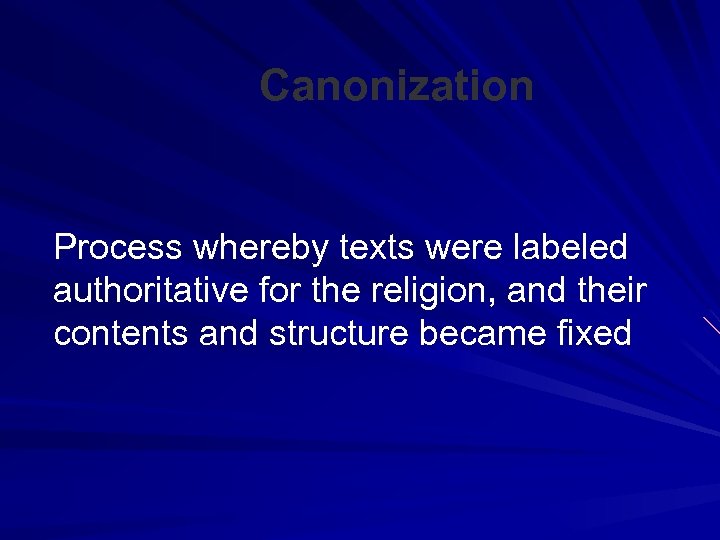 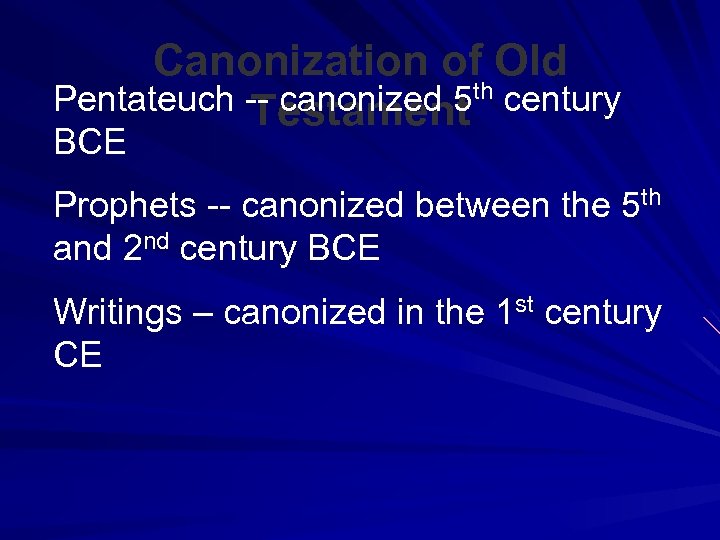 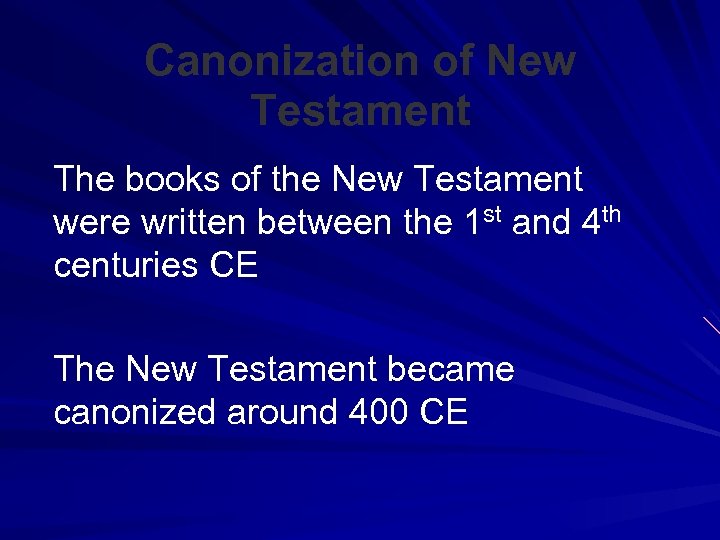 Скачать презентацию Structure of the Bible Introduction to the Bible

Structure of the Bible Introduction to the Bible PPT

The Structure of the Bible OLD TESTAMENT The Hebrew Bible aka the Old Testament (Christian & Jewish): The Law – The five books of Moses : Pentateuch Genesis – Exodus – Leviticus – Numbers - Deuteronomy The Prophets – history of the united monarchy and the kingdoms of Judah and Israel, including Joshua, Judges, Samuel and Kings. The Writings – Psalms, Proverbs

THE NEW TESTAMENT New Testament (Christian): Gospels - the life and death of Jesus Acts of the Apostles - the work and teaching of the early founders of the Church Epistles - letters from Christian leaders, particularly Paul, to Christian communities Book of Revelation

The Apocrypha Prophesies, poems and psalms that were part of the Hebrew tradition but were eventually dropped from the canon. Books of the Apocrypha Banned From the Bible video clip (We use the word ‘apocryphal’ today to describe stories of doubtful authenticity, although widely circulated as being true. )

The Dead Sea Scrolls - Written at about the time of Christ, on parchment and papyrus, mostly in Hebrew but also Aramaic and Greek - Both canonical books and apocrypha - Different versions of the same book (eg. Samuel) in circulation - Collected and hidden away by a Jewish sect called the Essenes

The Documentary Hypothesis is theory that the first five books of the Hebrew Bible (aka The Torah aka The Five Books of Moses aka the Pentateuch) derive from four distinct sources. These four sources sometimes overlap and are sometimes inconsistent.

The Septuagint • • Alexander the Great (a Macedonian) conquers Canaan circa 300. He and his others bring Greek culture; this process is called Hellenization. Many Jews embraced Greek language and Greek culture. Tradition has it that Ptolemy organised 72 scholars to create a Greek translation. Thus it is called the Septuagint (Latin for 70). Greek translation of the Hebrew/Jewish Scripture. Widely used by the early Christian Church.

The Lost Books Original copies of Septuagint may have been kept at the Library of Alexandria. The Library was burnt down by the Romans in 47 AD. It is believed, books from the Hebrew tradition may have been lost forever.

Canonization Process whereby texts were labeled authoritative for the religion, and their contents and structure became fixed