Stone House If These Stones Could Talk Inhabitants 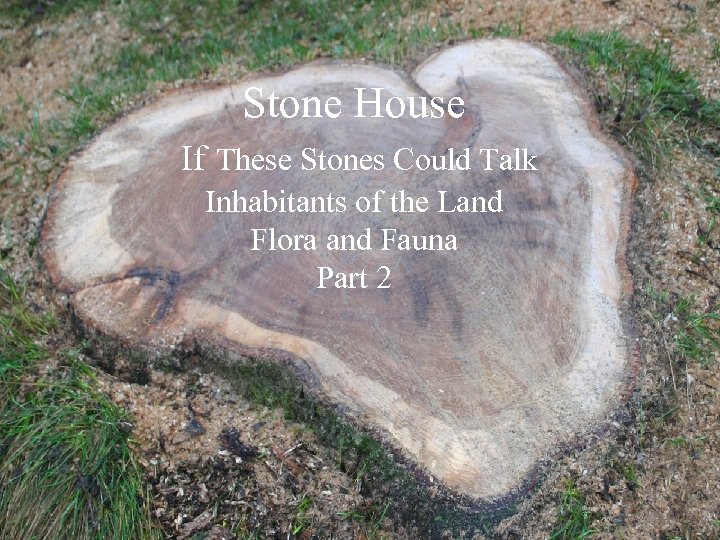 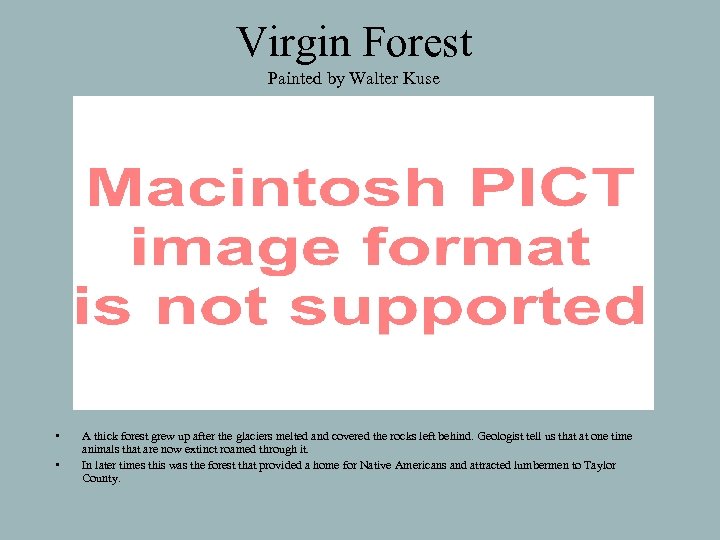 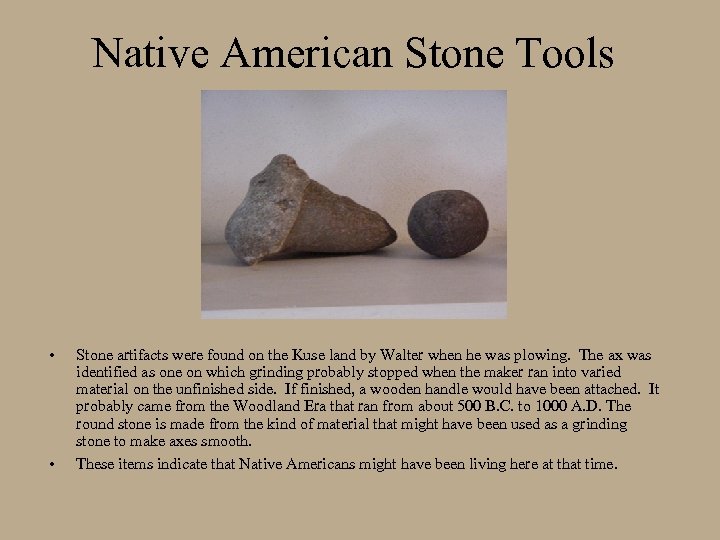 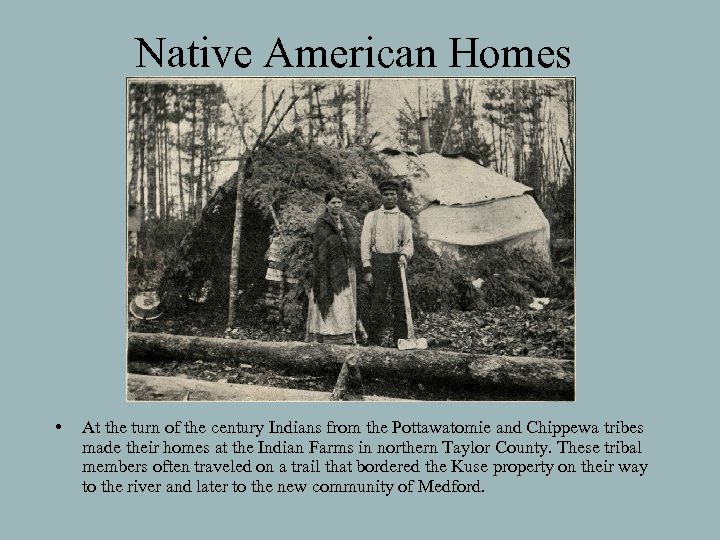 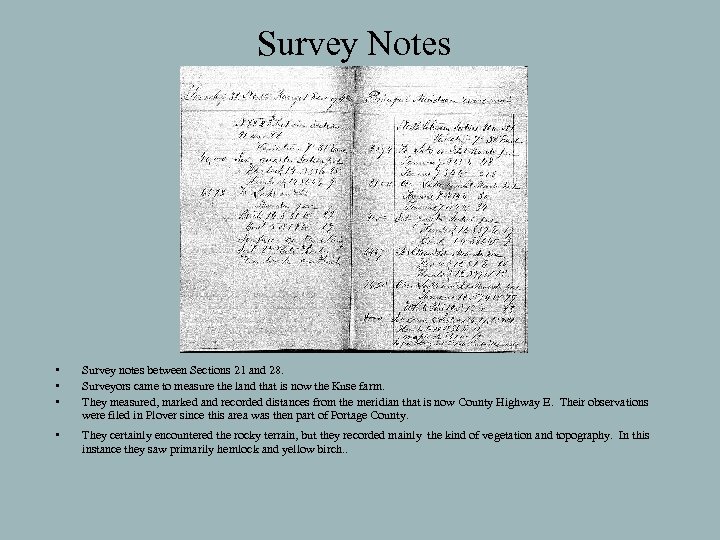 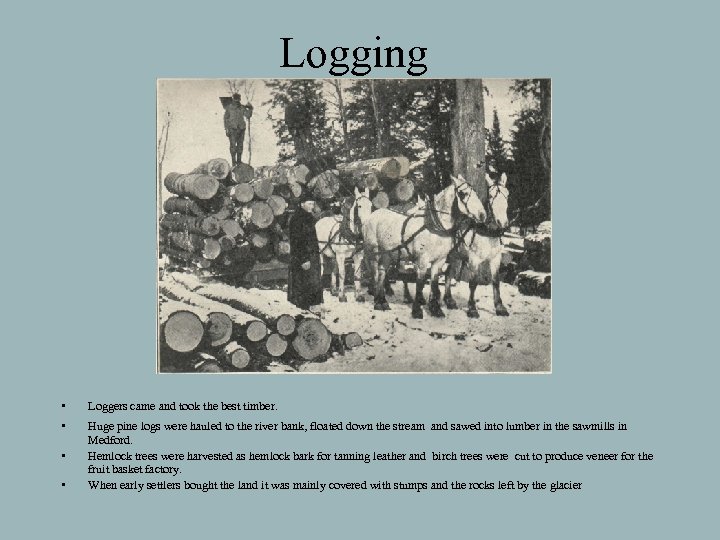 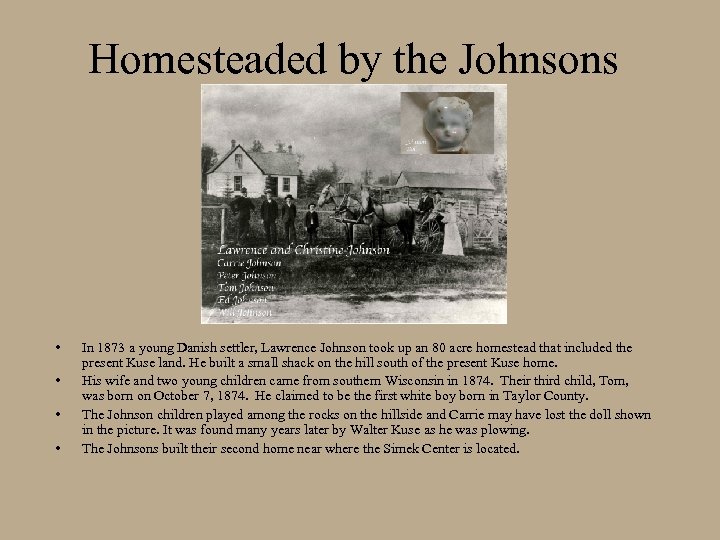 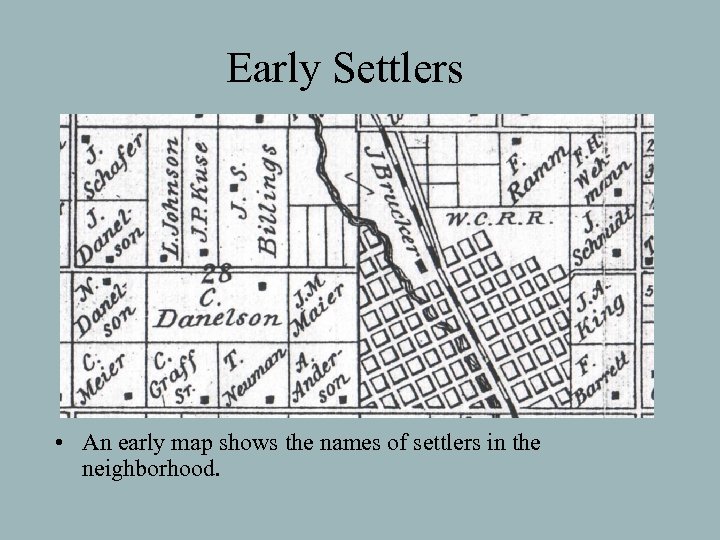 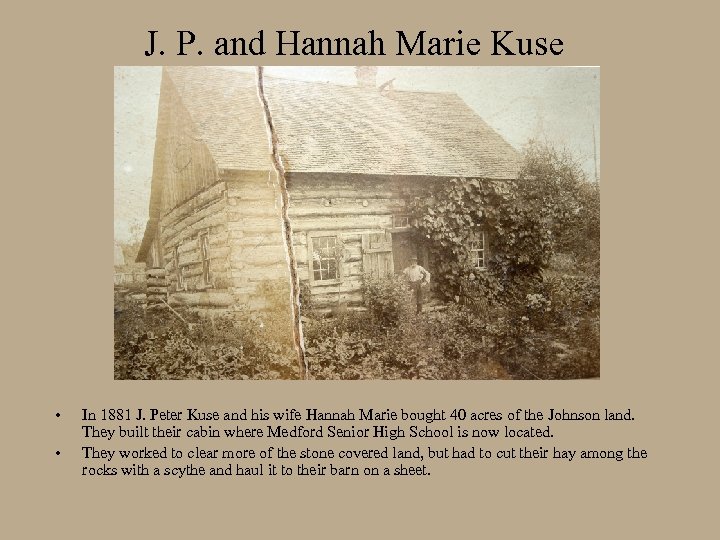 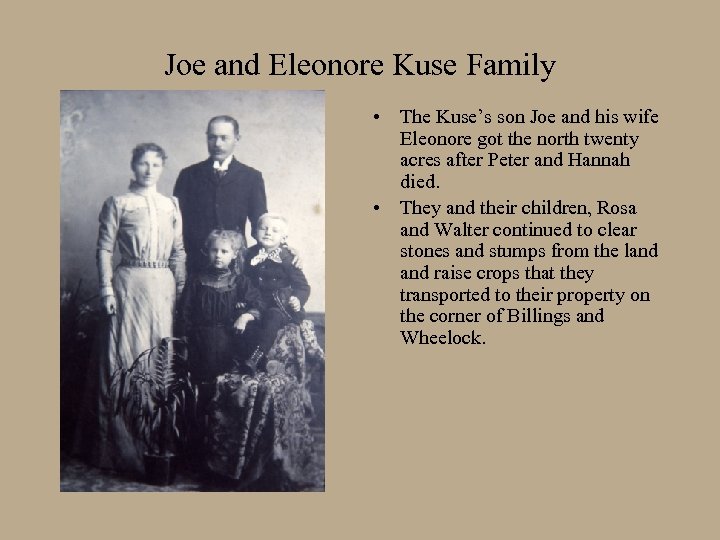 Скачать презентацию Stone House If These Stones Could Talk Inhabitants

Virgin Forest Painted by Walter Kuse • • A thick forest grew up after the glaciers melted and covered the rocks left behind. Geologist tell us that at one time animals that are now extinct roamed through it. In later times this was the forest that provided a home for Native Americans and attracted lumbermen to Taylor County.

Native American Stone Tools • • Stone artifacts were found on the Kuse land by Walter when he was plowing. The ax was identified as one on which grinding probably stopped when the maker ran into varied material on the unfinished side. If finished, a wooden handle would have been attached. It probably came from the Woodland Era that ran from about 500 B. C. to 1000 A. D. The round stone is made from the kind of material that might have been used as a grinding stone to make axes smooth. These items indicate that Native Americans might have been living here at that time.

Native American Homes • At the turn of the century Indians from the Pottawatomie and Chippewa tribes made their homes at the Indian Farms in northern Taylor County. These tribal members often traveled on a trail that bordered the Kuse property on their way to the river and later to the new community of Medford.

Survey Notes • • • Survey notes between Sections 21 and 28. Surveyors came to measure the land that is now the Kuse farm. They measured, marked and recorded distances from the meridian that is now County Highway E. Their observations were filed in Plover since this area was then part of Portage County. • They certainly encountered the rocky terrain, but they recorded mainly the kind of vegetation and topography. In this instance they saw primarily hemlock and yellow birch. .

Logging • Loggers came and took the best timber. • Huge pine logs were hauled to the river bank, floated down the stream and sawed into lumber in the sawmills in Medford. Hemlock trees were harvested as hemlock bark for tanning leather and birch trees were cut to produce veneer for the fruit basket factory. When early settlers bought the land it was mainly covered with stumps and the rocks left by the glacier • •

Homesteaded by the Johnsons • • In 1873 a young Danish settler, Lawrence Johnson took up an 80 acre homestead that included the present Kuse land. He built a small shack on the hill south of the present Kuse home. His wife and two young children came from southern Wisconsin in 1874. Their third child, Tom, was born on October 7, 1874. He claimed to be the first white boy born in Taylor County. The Johnson children played among the rocks on the hillside and Carrie may have lost the doll shown in the picture. It was found many years later by Walter Kuse as he was plowing. The Johnsons built their second home near where the Simek Center is located.

Early Settlers • An early map shows the names of settlers in the neighborhood.

J. P. and Hannah Marie Kuse • • In 1881 J. Peter Kuse and his wife Hannah Marie bought 40 acres of the Johnson land. They built their cabin where Medford Senior High School is now located. They worked to clear more of the stone covered land, but had to cut their hay among the rocks with a scythe and haul it to their barn on a sheet.

Joe and Eleonore Kuse Family • The Kuse’s son Joe and his wife Eleonore got the north twenty acres after Peter and Hannah died. • They and their children, Rosa and Walter continued to clear stones and stumps from the land raise crops that they transported to their property on the corner of Billings and Wheelock.

Kidney Stones in Adults and Ways of Their