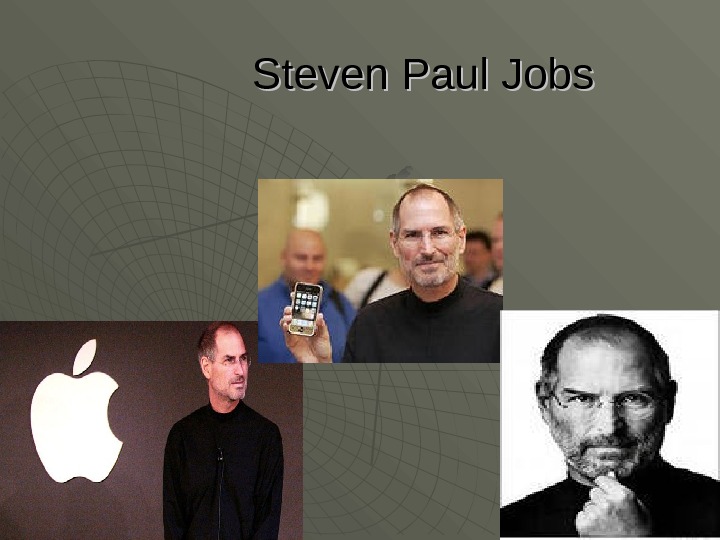 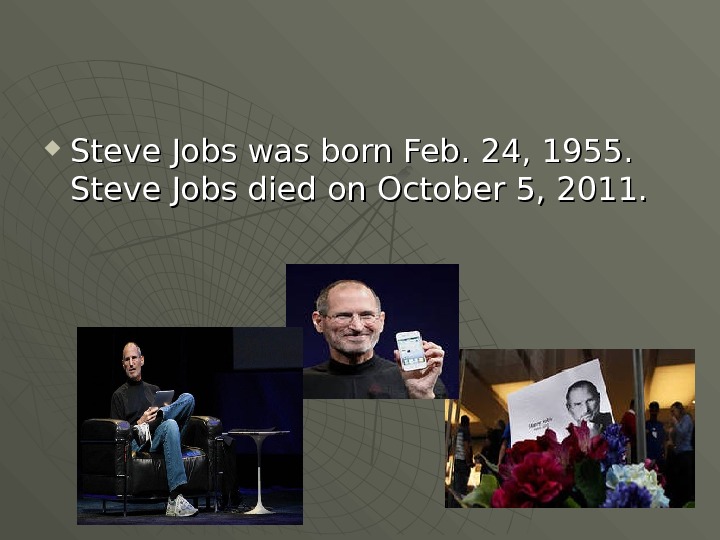 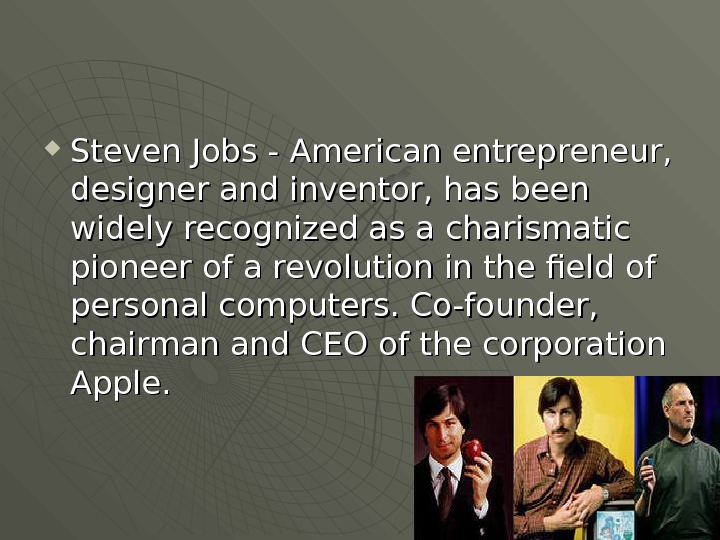 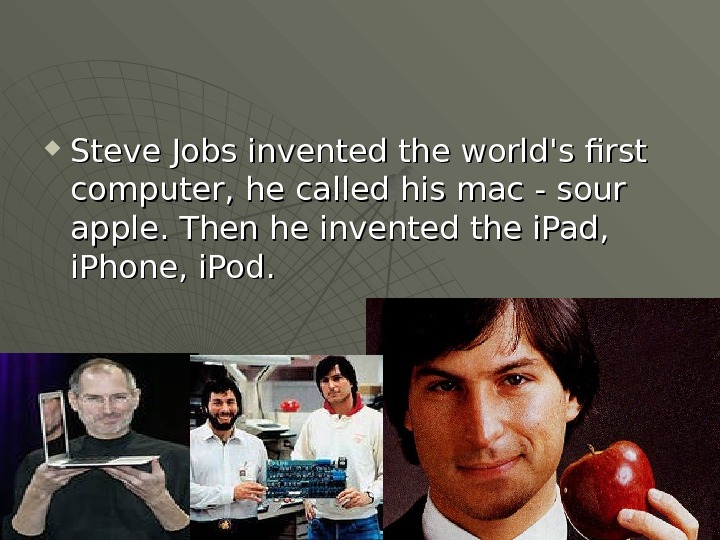 Steven Jobs — American entrepreneur, designer and inventor, has been widely recognized as a charismatic pioneer of a revolution in the field of personal computers. Co-founder, chairman and CEO of the corporation Apple.

Steve Jobs invented the world’s first computer, he called his mac — sour apple. Then he invented the i. Pad, i. Phone, i. Pod.