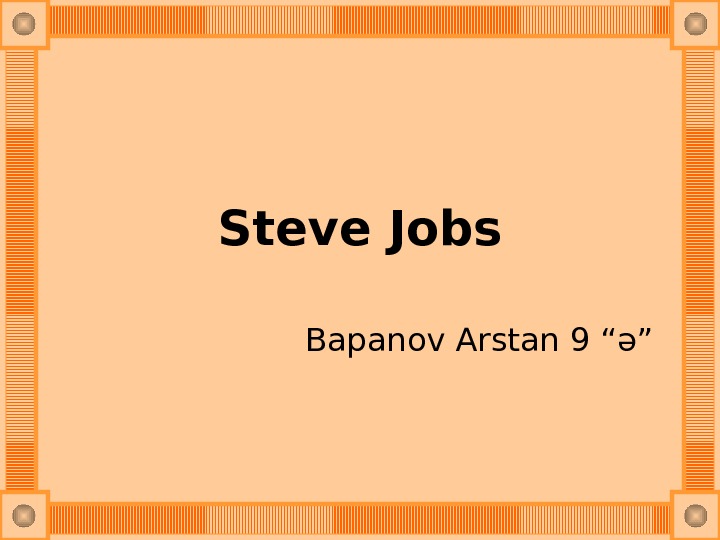 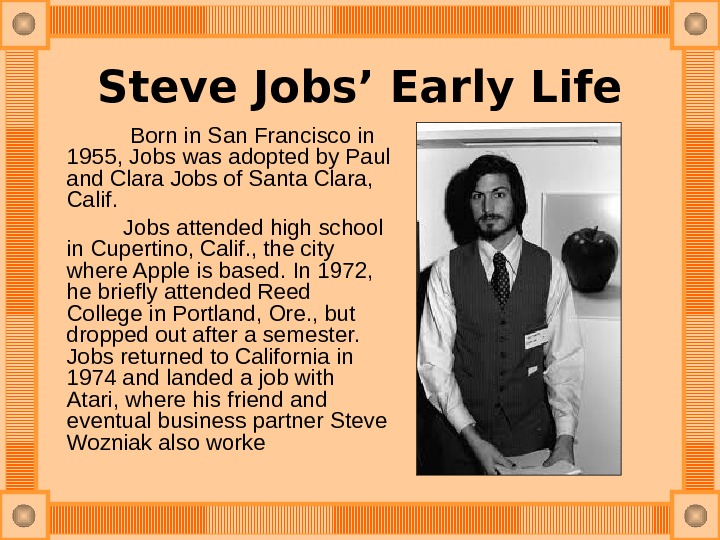 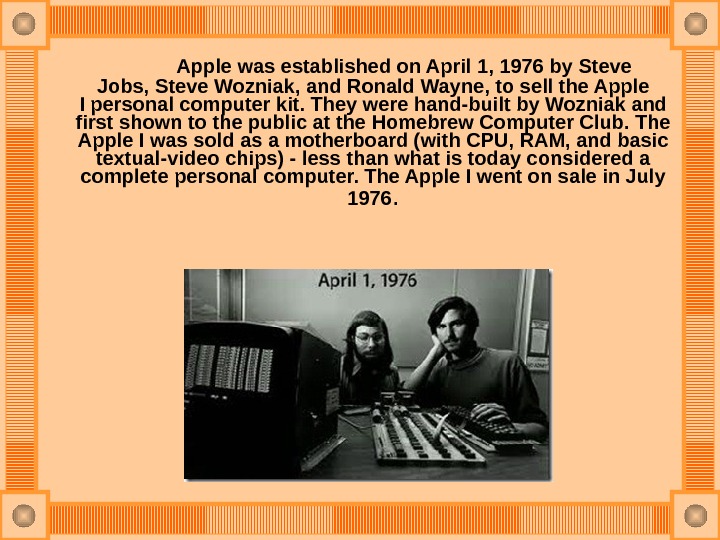 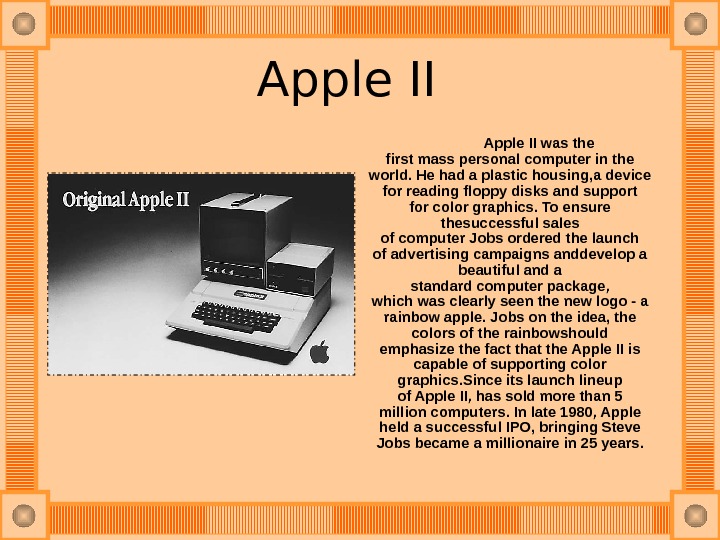 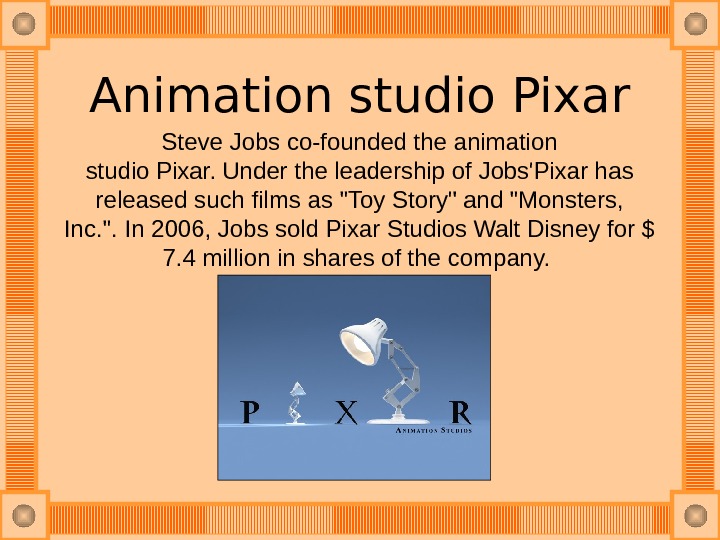 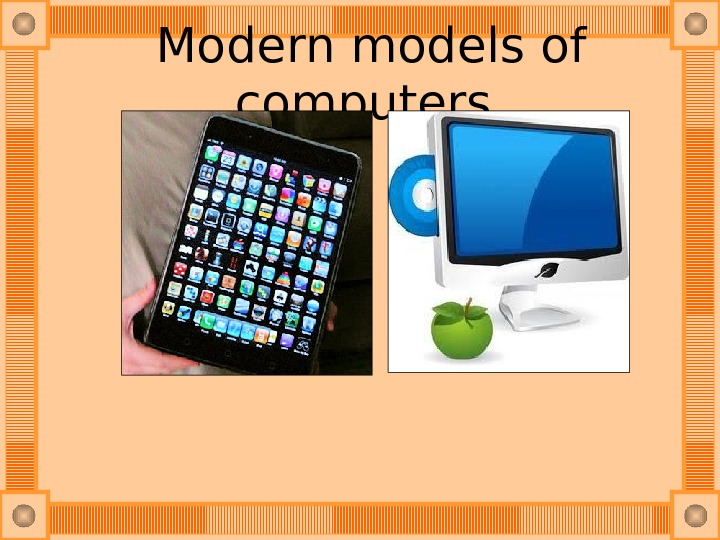 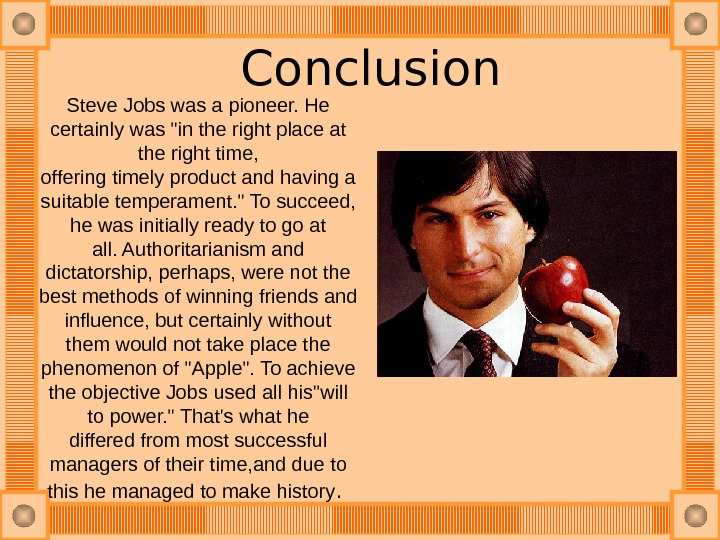 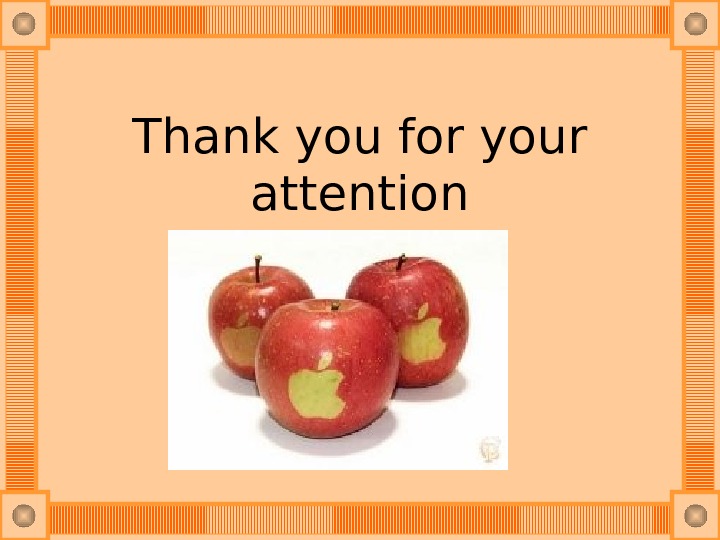 Steve Jobs’ Early Life Born in San Francisco in 1955, Jobs was adopted by Paul and Clara Jobs of Santa Clara, Calif. Jobs attended high school in Cupertino, Calif. , the city where Apple is based. In 1972, he briefly attended Reed College in Portland, Ore. , but dropped out after a semester. Jobs returned to California in 1974 and landed a job with Atari, where his friend and eventual business partner Steve Wozniak also worke

Apple was established on April 1, 1976 by Steve Jobs, Steve Wozniak, and Ronald Wayne, to sell the Apple I personal computer kit. They were hand-built by Wozniak and first shown to the public at the Homebrew Computer Club. The Apple I was sold as a motherboard (with CPU, RAM, and basic textual-video chips) — less than what is today considered a complete personal computer. The Apple I went on sale in July 1976. .

Apple II Apple II was the first mass personal computer in the world. He had a plastic housing, a device for reading floppy disks and support for color graphics. To ensure thesuccessful sales of computer Jobs ordered the launch of advertising campaigns anddevelop a beautiful and a standard computer package, which was clearly seen the new logo — a rainbow apple. Jobs on the idea, the colors of the rainbowshould emphasize the fact that the Apple II is capable of supporting color graphics. Since its launch lineup of Apple II, has sold more than 5 million computers. In late 1980, Apple held a successful IPO, bringing Steve Jobs became a millionaire in 25 years.

Animation studio. Pixar Steve Jobs co-founded the animation studio Pixar. Under the leadership of Jobs’Pixar has released such films as «Toy Story» and «Monsters, Inc. «. In 2006, Jobs sold Pixar Studios Walt Disney for $ 7. 4 million in shares of the company.

Сonclusion Steve Jobs was a pioneer. He certainly was «in the right place at the right time, offering timely product and having a suitable temperament. » To succeed, he was initially ready to go at all. Authoritarianism and dictatorship, perhaps, were not the best methods of winning friends and influence, but certainly without them would not take place the phenomenon of «Apple». To achieve the objective Jobs used all his»will to power. » That’s what he differed from most successful managers of their time, and due to this he managed to make history.