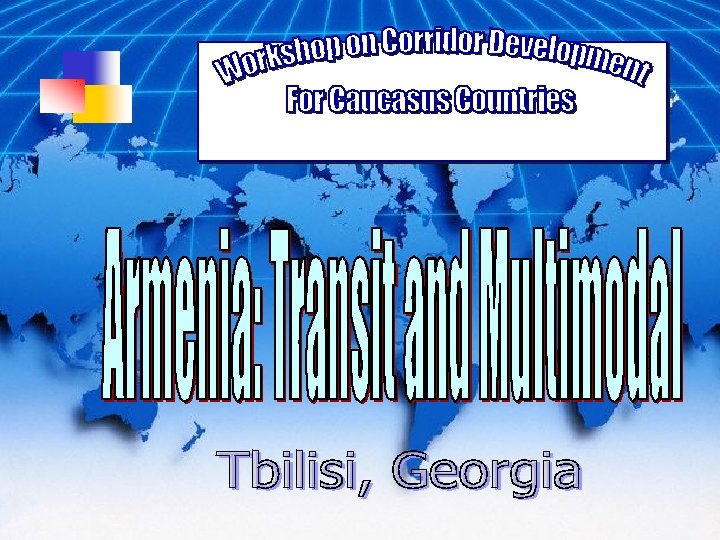 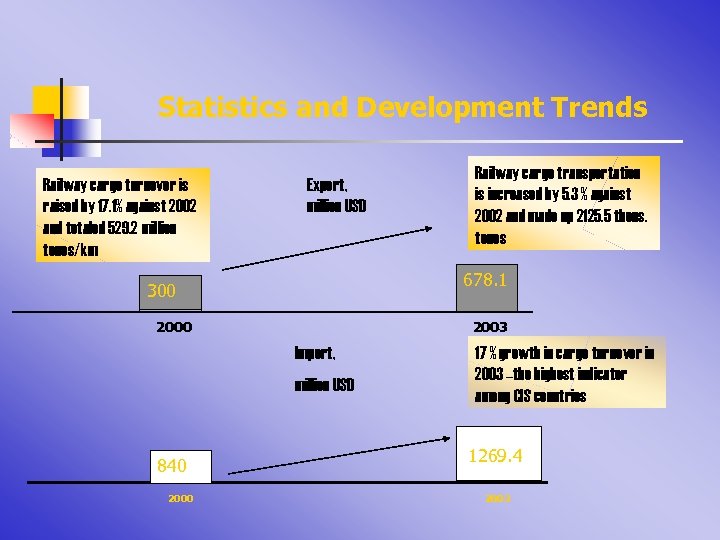 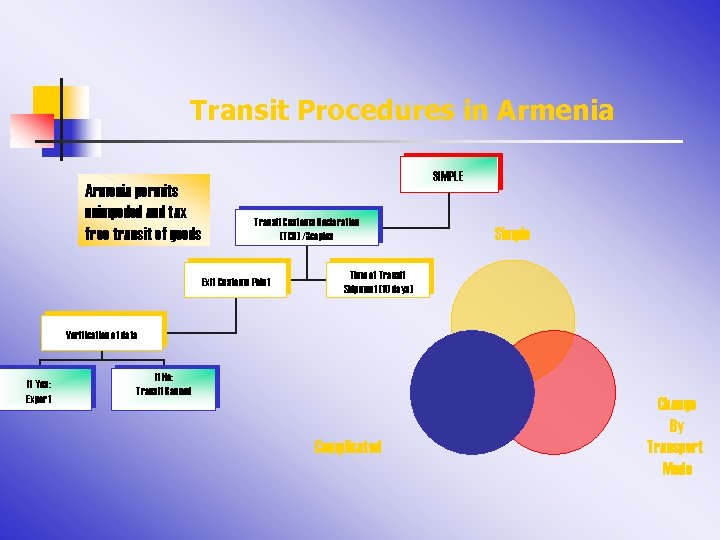 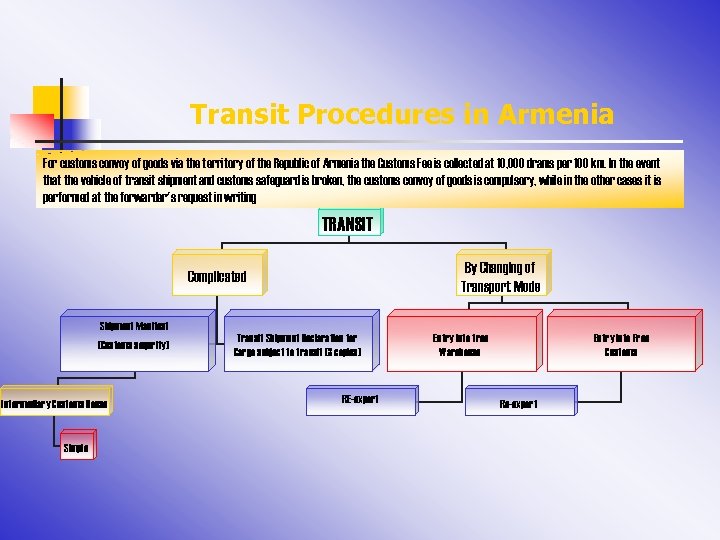 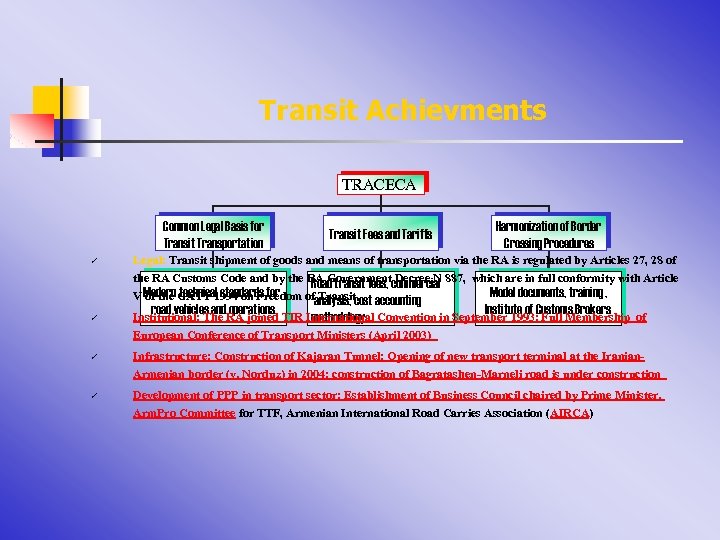 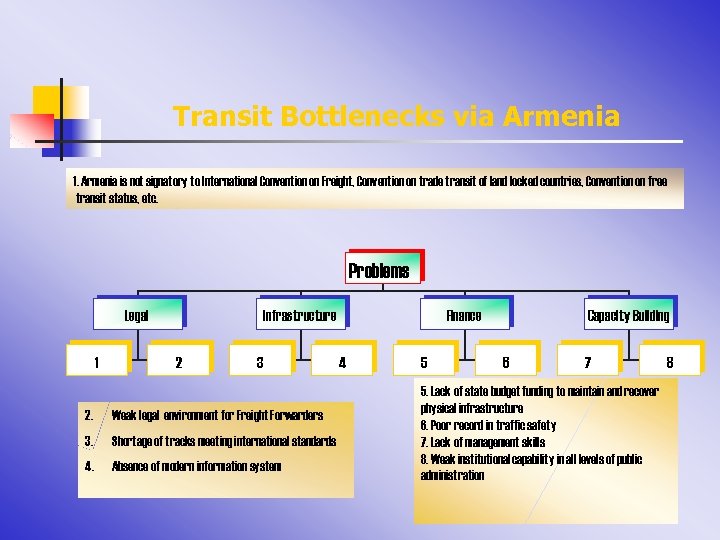 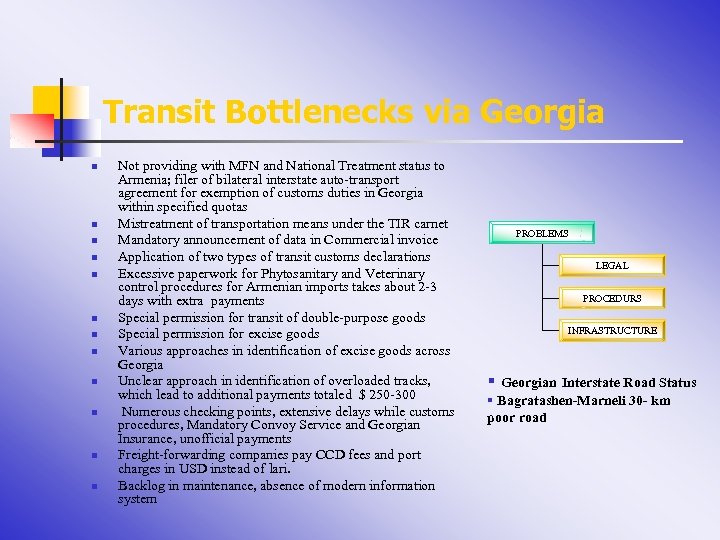 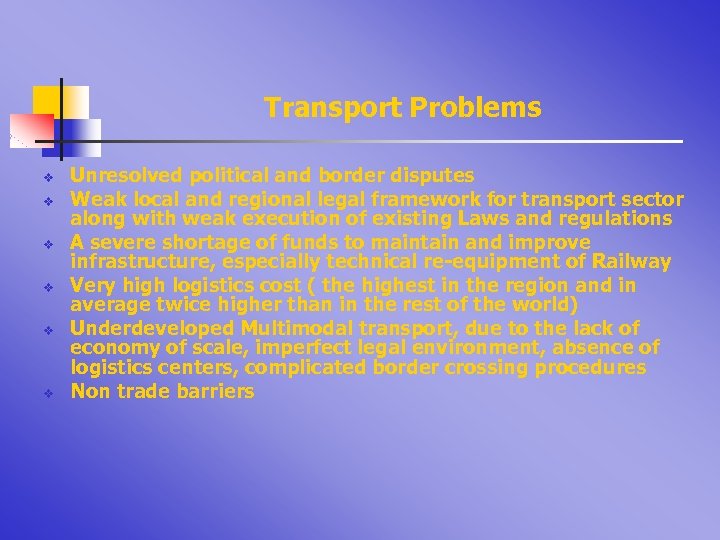 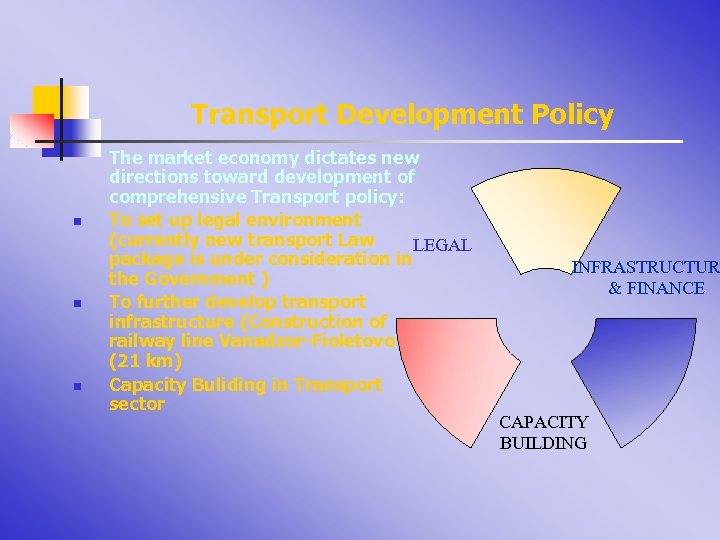 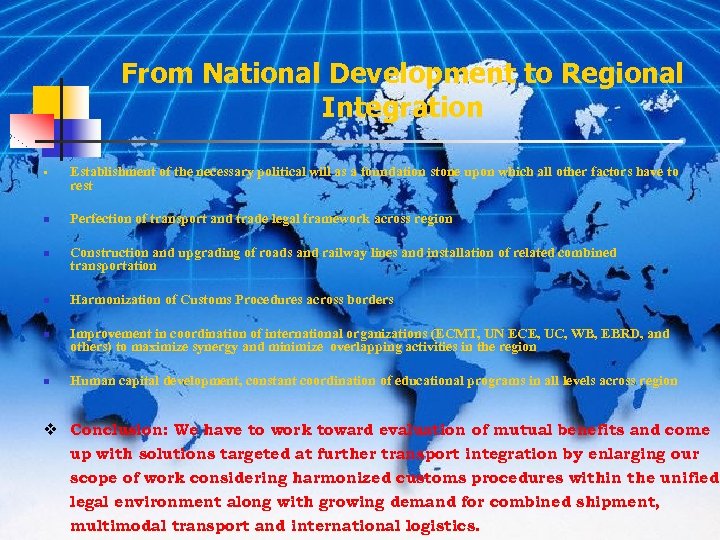 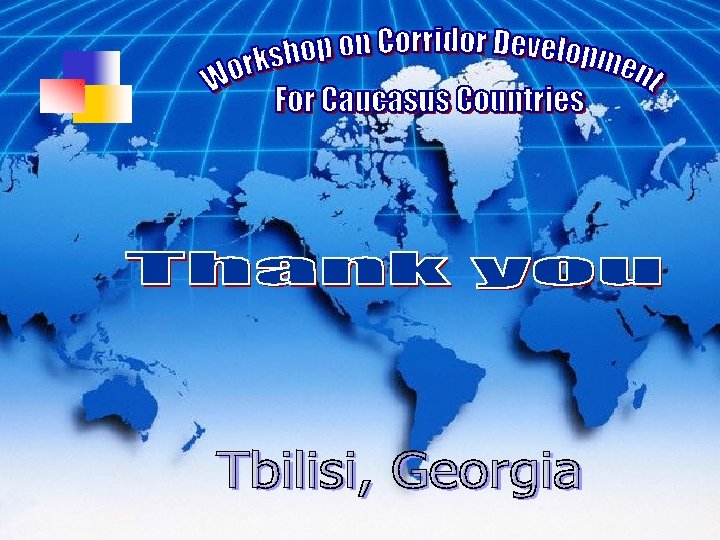 Transit Procedures in Armenia For customs convoy of goods via the territory of the Republic of Armenia the Customs Fee is collected at 10, 000 drams per 100 km. In the event that the vehicle of transit shipment and customs safeguard is broken, the customs convoy of goods is compulsory, while in the other cases it is performed at the forwarder's request in writing TRANSIT By Changing of Transport Mode Complicated Shipment Manifest (Customs sequrity) Intermediary Customs House Simple Transit Shipment Declaration for Cargo subject to transit (3 copies) RE-export Entry into free Warehouse Entry into Free Customs Re-export

Transport Problems v v v Unresolved political and border disputes Weak local and regional legal framework for transport sector along with weak execution of existing Laws and regulations A severe shortage of funds to maintain and improve infrastructure, especially technical re-equipment of Railway Very high logistics cost ( the highest in the region and in average twice higher than in the rest of the world) Underdeveloped Multimodal transport, due to the lack of economy of scale, imperfect legal environment, absence of logistics centers, complicated border crossing procedures Non trade barriers

From National Development to Regional Integration § n n n Establishment of the necessary political will as a foundation stone upon which all other factors have to rest Perfection of transport and trade legal framework across region Construction and upgrading of roads and railway lines and installation of related combined transportation Harmonization of Customs Procedures across borders Improvement in coordination of international organizations (ECMT, UN ECE, UC, WB, EBRD, and others) to maximize synergy and minimize overlapping activities in the region Human capital development, constant coordination of educational programs in all levels across region v Conclusion: We have to work toward evaluation of mutual benefits and come up with solutions targeted at further transport integration by enlarging our scope of work considering harmonized customs procedures within the unified legal environment along with growing demand for combined shipment, multimodal transport and international logistics.