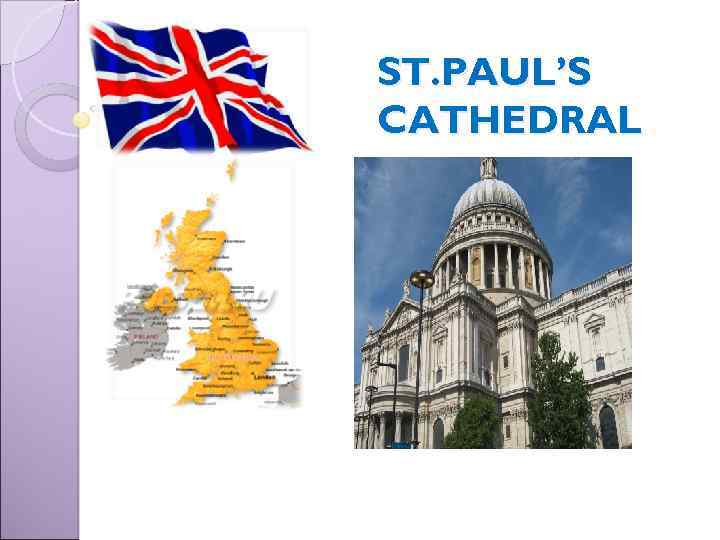 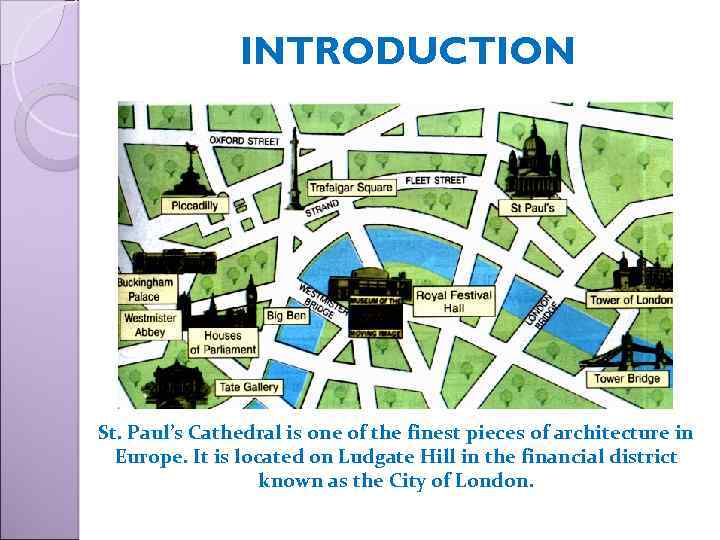 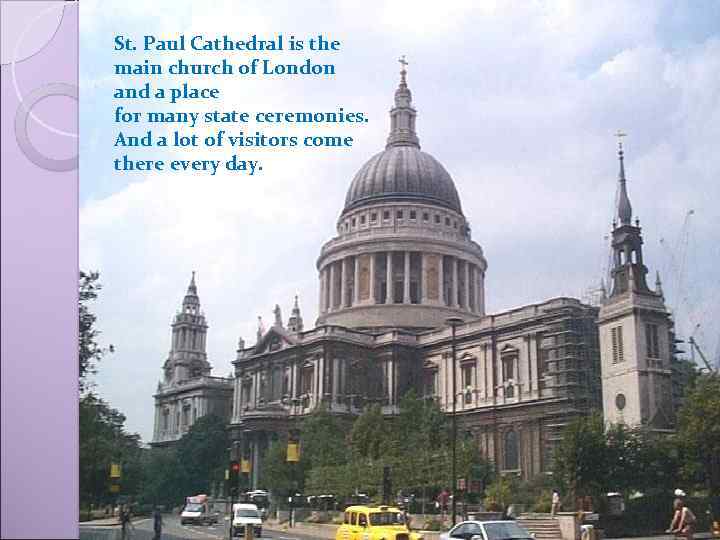 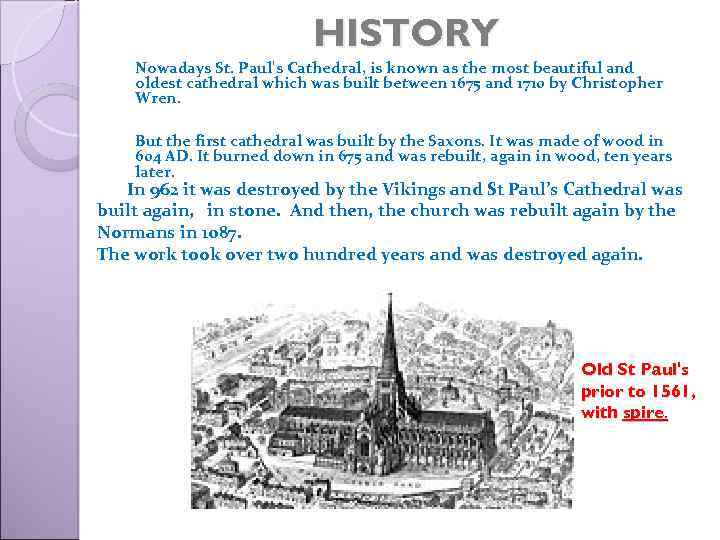 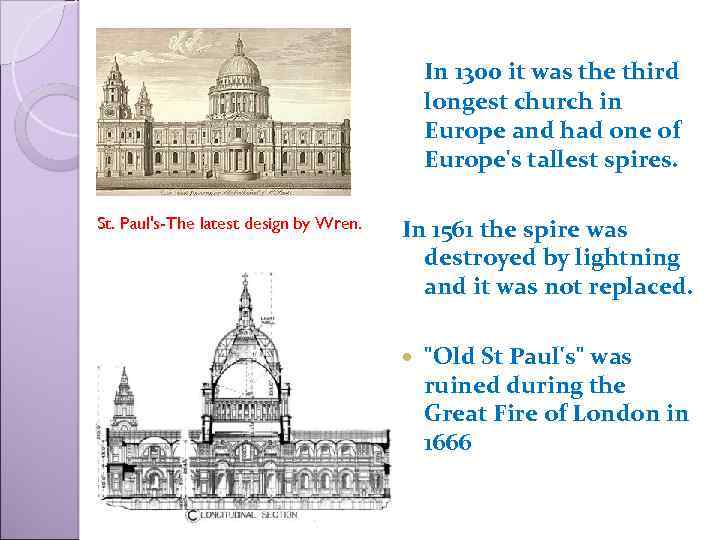 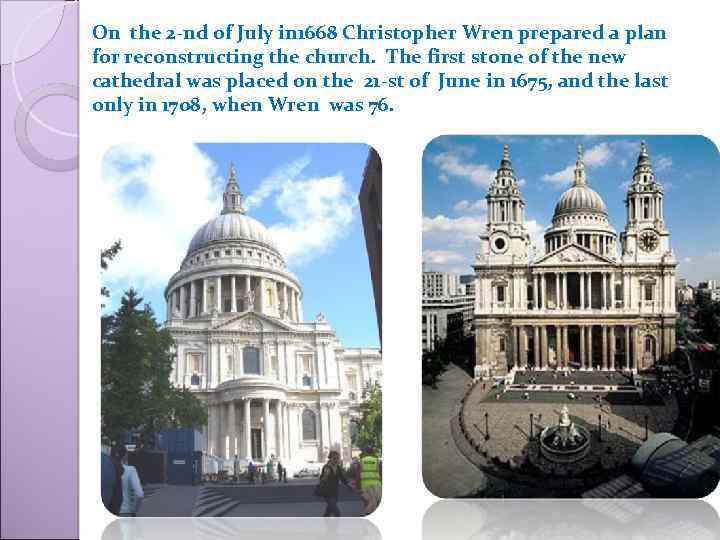 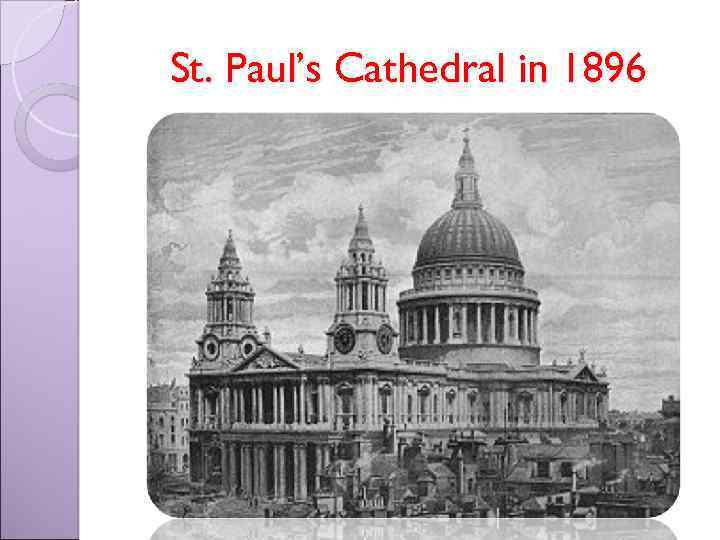 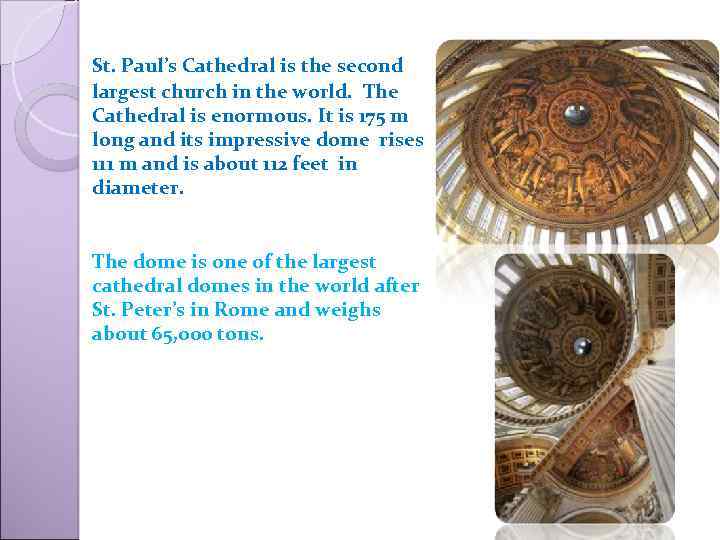 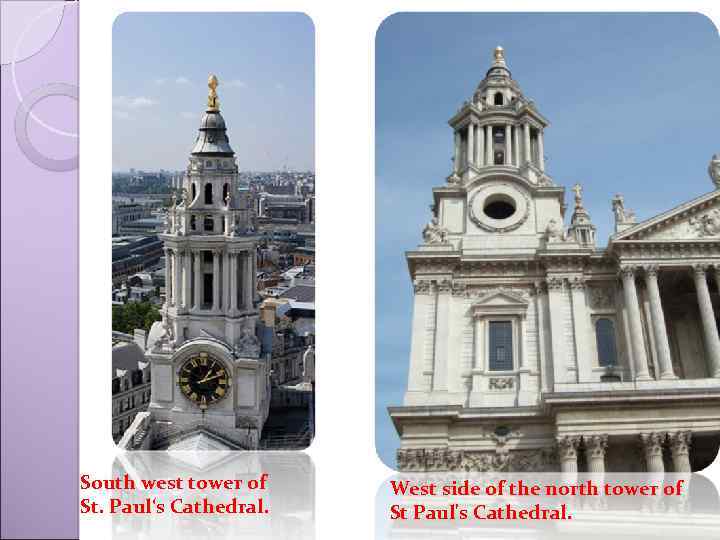 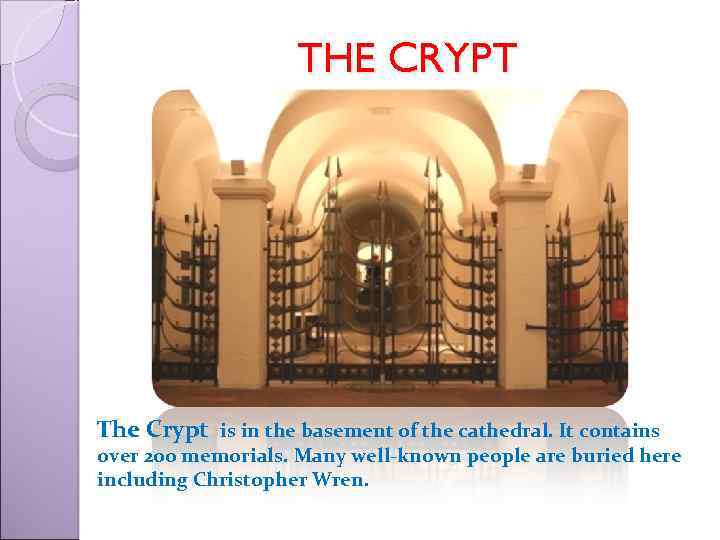 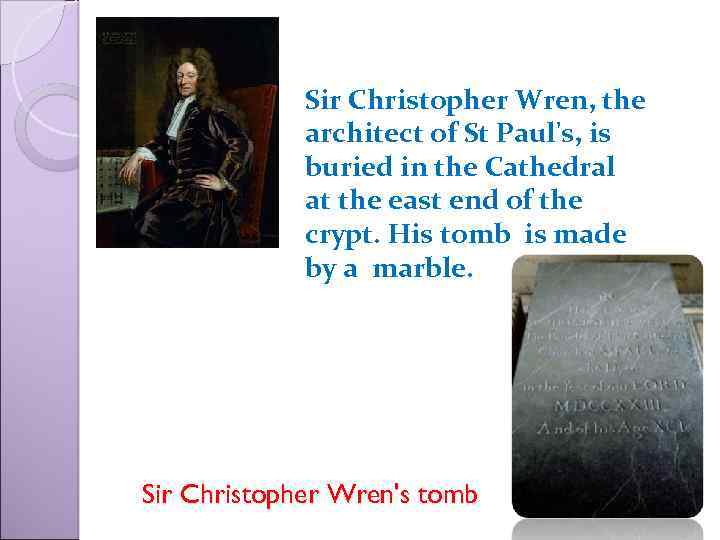 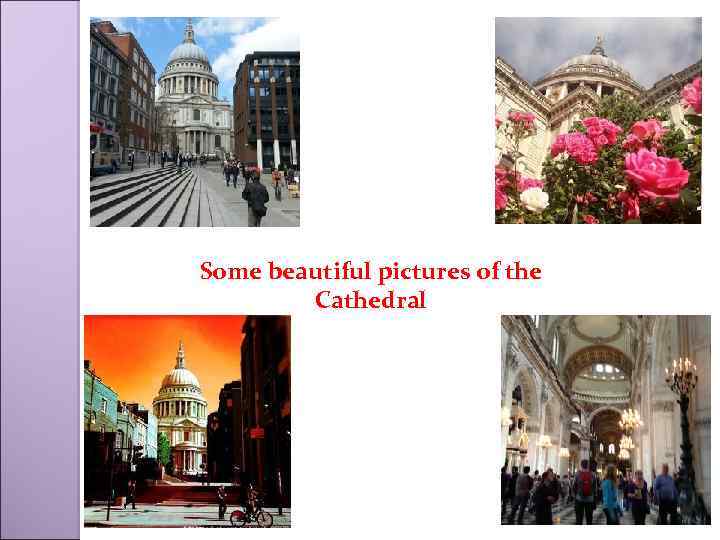 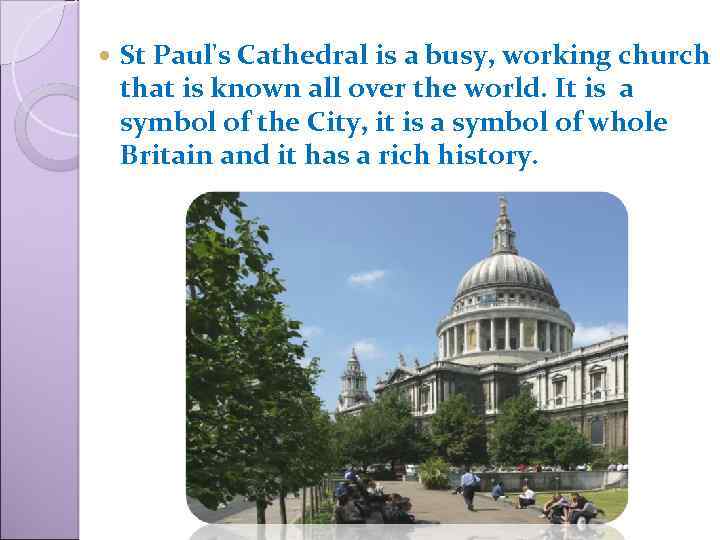 INTRODUCTION St. Paul’s Cathedral is one of the finest pieces of architecture in Europe. It is located on Ludgate Hill in the financial district known as the City of London.

St. Paul Cathedral is the main church of London and a place for many state ceremonies. And a lot of visitors come there every day.

HISTORY Nowadays St. Paul's Cathedral, is known as the most beautiful and oldest cathedral which was built between 1675 and 1710 by Christopher Wren. But the first cathedral was built by the Saxons. It was made of wood in 604 AD. It burned down in 675 and was rebuilt, again in wood, ten years later. In 962 it was destroyed by the Vikings and St Paul’s Cathedral was built again, in stone. And then, the church was rebuilt again by the Normans in 1087. The work took over two hundred years and was destroyed again. Old St Paul's prior to 1561, with spire.

In 1300 it was the third longest church in Europe and had one of Europe's tallest spires. St. Paul's-The latest design by Wren. In 1561 the spire was destroyed by lightning and it was not replaced. "Old St Paul's" was ruined during the Great Fire of London in 1666

St. Paul’s Cathedral is the second largest church in the world. The Cathedral is enormous. It is 175 m long and its impressive dome rises 111 m and is about 112 feet in diameter. The dome is one of the largest cathedral domes in the world after St. Peter’s in Rome and weighs about 65, 000 tons.

THE CRYPT The Crypt is in the basement of the cathedral. It contains over 200 memorials. Many well-known people are buried here including Christopher Wren.

Some beautiful pictures of the Cathedral