St Isaac s Cathedral The presentation was made students 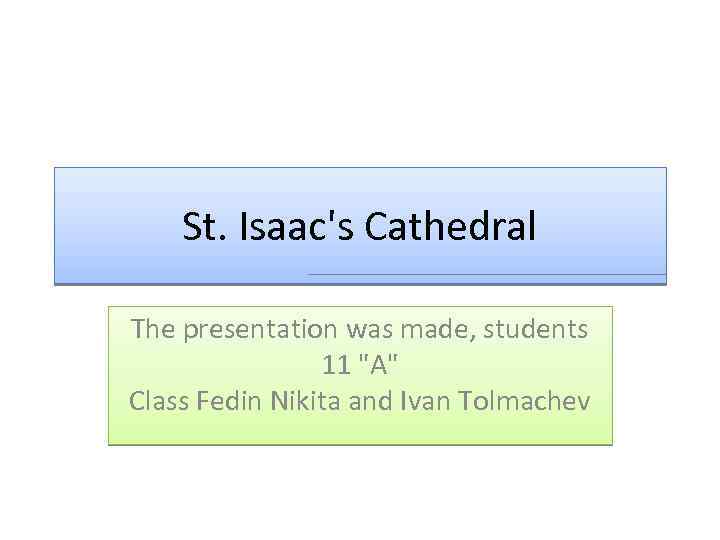 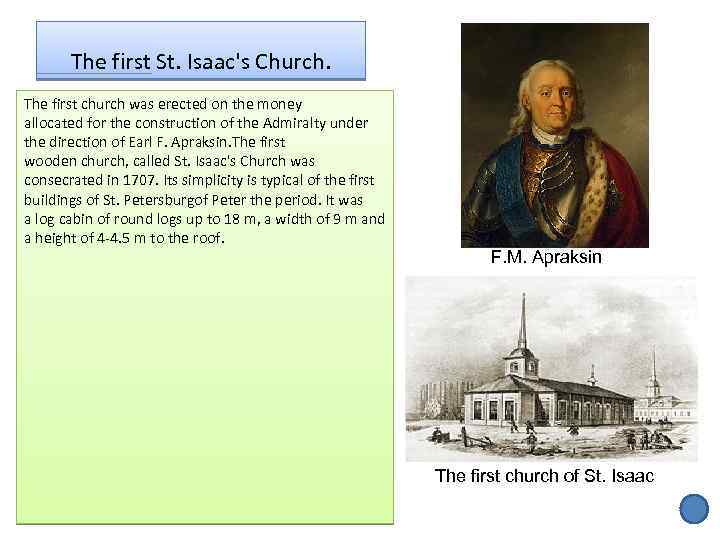 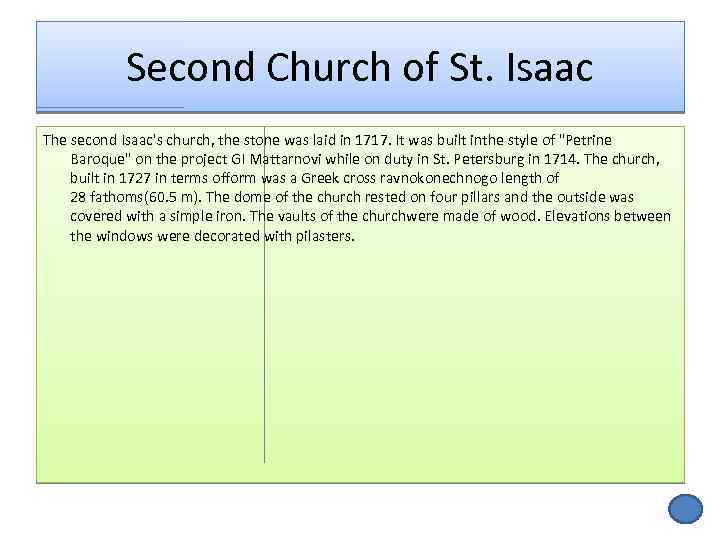 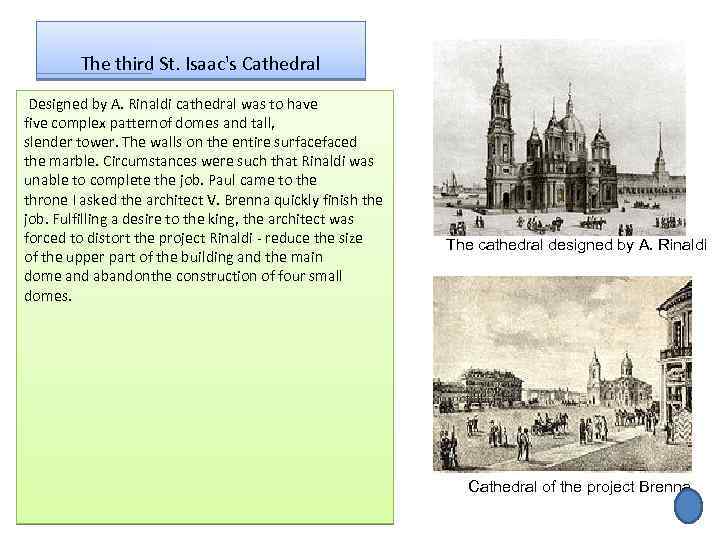 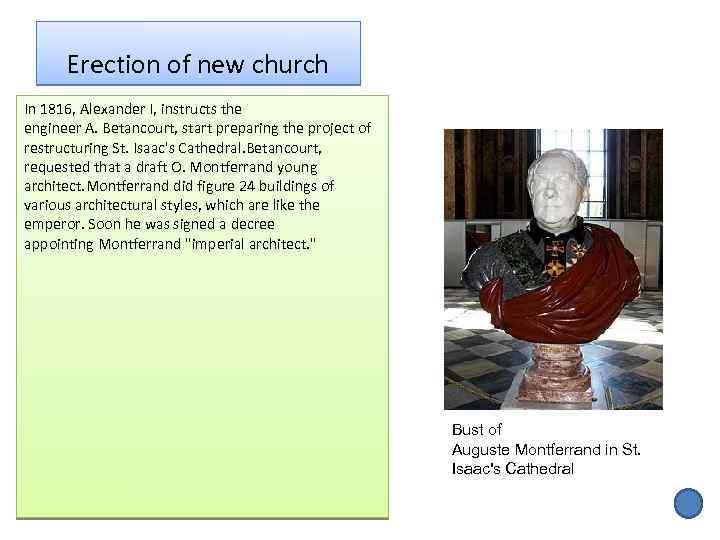 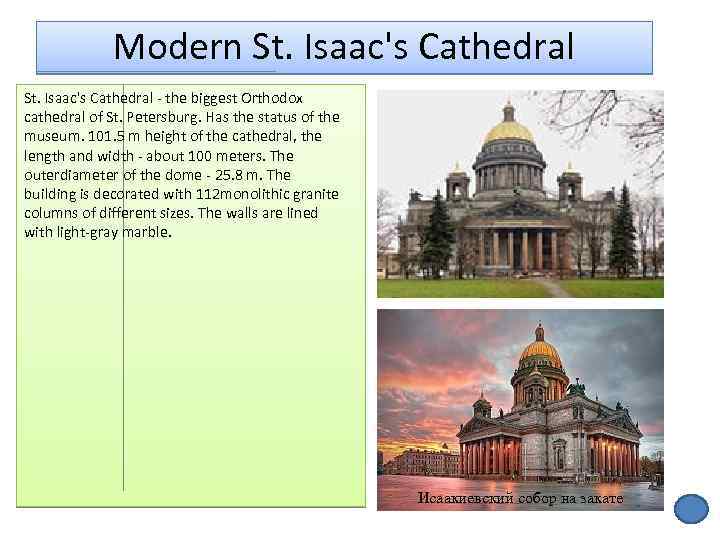 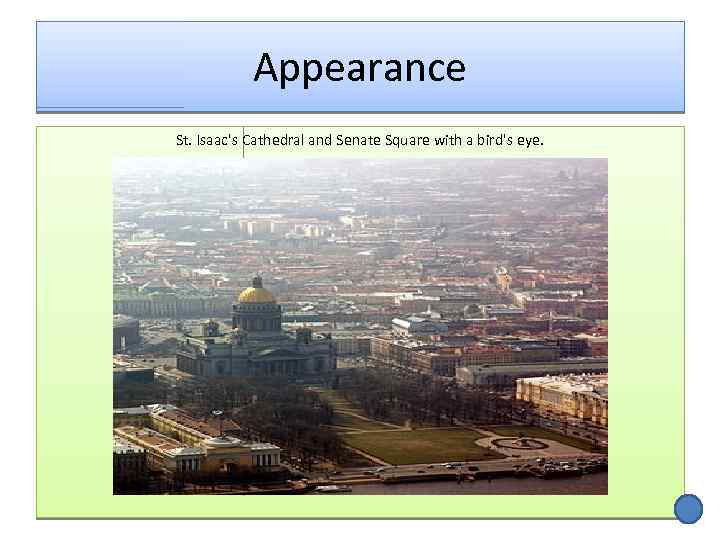 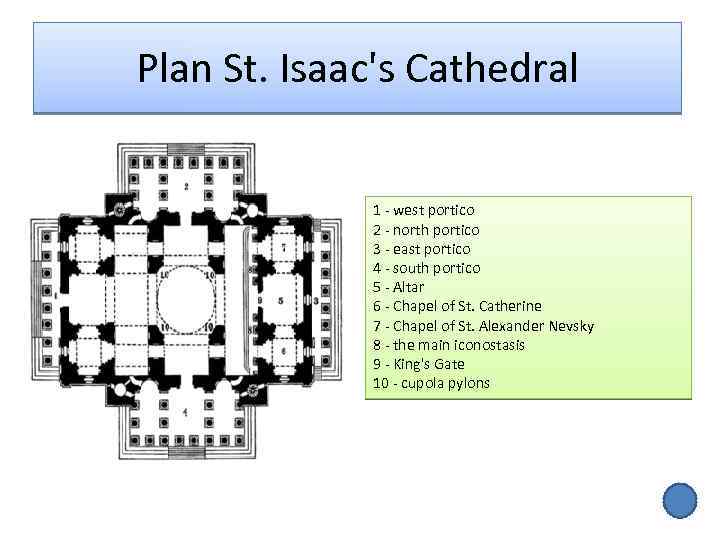 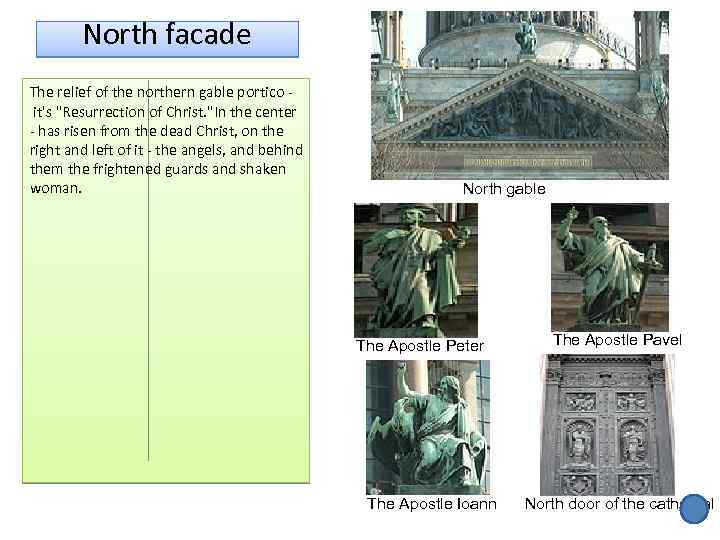 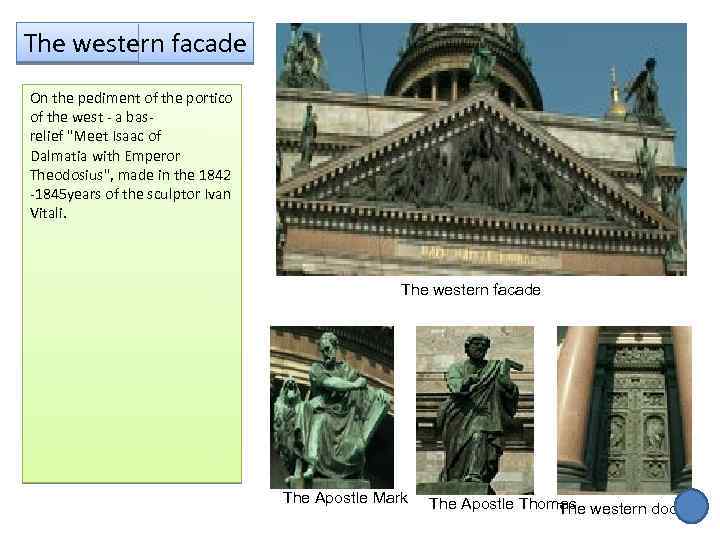 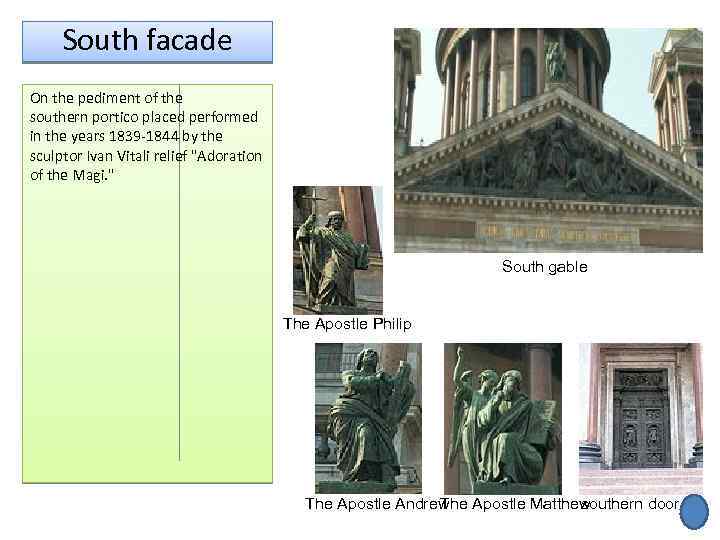 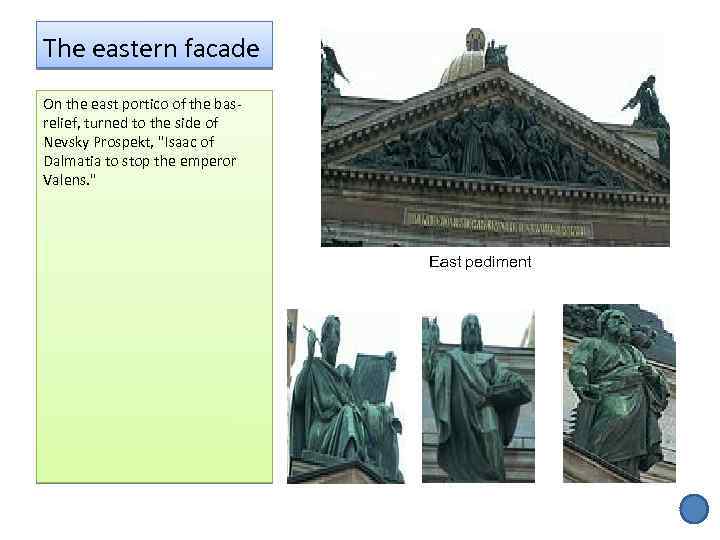 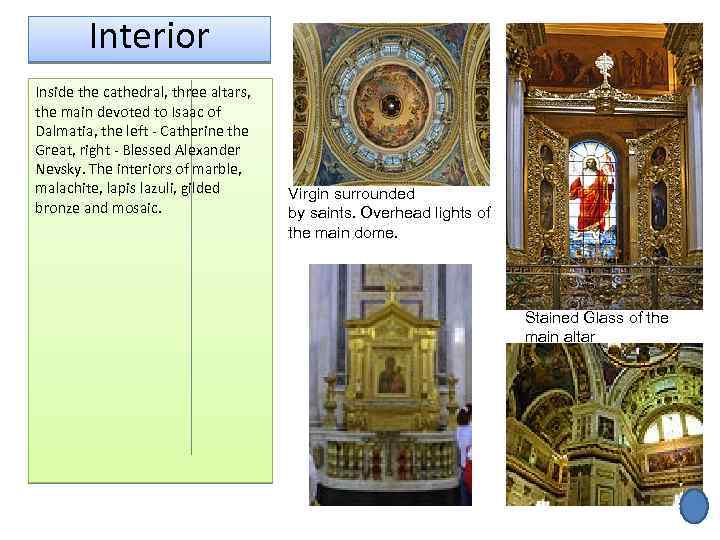 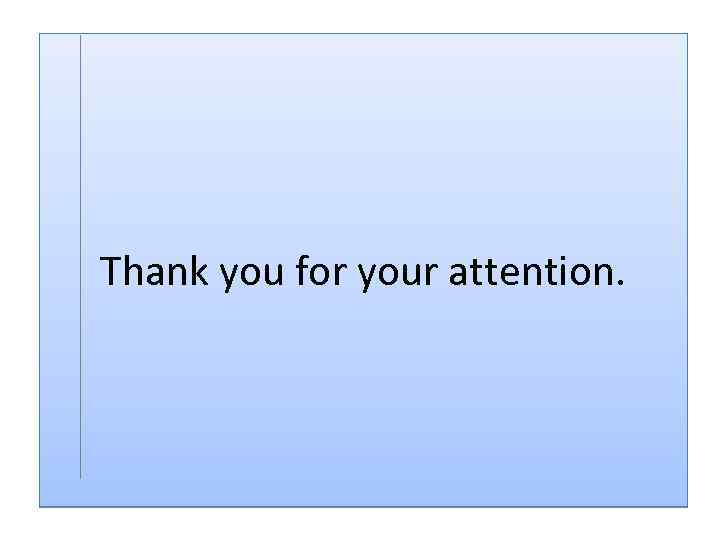 St. Isaac's Cathedral The presentation was made, students 11 "A" Class Fedin Nikita and Ivan Tolmachev

The first St. Isaac's Church. The first church was erected on the money allocated for the construction of the Admiralty under the direction of Earl F. Apraksin. The first wooden church, called St. Isaac's Church was consecrated in 1707. Its simplicity is typical of the first buildings of St. Petersburgof Peter the period. It was a log cabin of round logs up to 18 m, a width of 9 m and a height of 4 -4. 5 m to the roof. F. M. Apraksin The first church of St. Isaac

Second Church of St. Isaac The second Isaac's church, the stone was laid in 1717. It was built inthe style of "Petrine Baroque" on the project GI Mattarnovi while on duty in St. Petersburg in 1714. The church, built in 1727 in terms ofform was a Greek cross ravnokonechnogo length of 28 fathoms(60. 5 m). The dome of the church rested on four pillars and the outside was covered with a simple iron. The vaults of the churchwere made of wood. Elevations between the windows were decorated with pilasters.

The third St. Isaac's Cathedral Designed by A. Rinaldi cathedral was to have five complex patternof domes and tall, slender tower. The walls on the entire surfaced the marble. Circumstances were such that Rinaldi was unable to complete the job. Paul came to the throne I asked the architect V. Brenna quickly finish the job. Fulfilling a desire to the king, the architect was forced to distort the project Rinaldi - reduce the size of the upper part of the building and the main dome and abandonthe construction of four small domes. The cathedral designed by A. Rinaldi Cathedral of the project Brenna

Modern St. Isaac's Cathedral - the biggest Orthodox cathedral of St. Petersburg. Has the status of the museum. 101. 5 m height of the cathedral, the length and width - about 100 meters. The outerdiameter of the dome - 25. 8 m. The building is decorated with 112 monolithic granite columns of different sizes. The walls are lined with light-gray marble. Исаакиевский собор на закате

North facade The relief of the northern gable portico it's "Resurrection of Christ. "In the center - has risen from the dead Christ, on the right and left of it - the angels, and behind them the frightened guards and shaken woman. North gable The Apostle Peter The Apostle Ioann The Apostle Pavel North door of the cathedral

South facade On the pediment of the southern portico placed performed in the years 1839 -1844 by the sculptor Ivan Vitali relief "Adoration of the Magi. " South gable The Apostle Philip The Apostle Andrew The Apostle Matthew southern door

The eastern facade On the east portico of the basrelief, turned to the side of Nevsky Prospekt, "Isaac of Dalmatia to stop the emperor Valens. " East pediment

Interior Inside the cathedral, three altars, the main devoted to Isaac of Dalmatia, the left - Catherine the Great, right - Blessed Alexander Nevsky. The interiors of marble, malachite, lapis lazuli, gilded bronze and mosaic. Virgin surrounded by saints. Overhead lights of the main dome. Stained Glass of the main altar