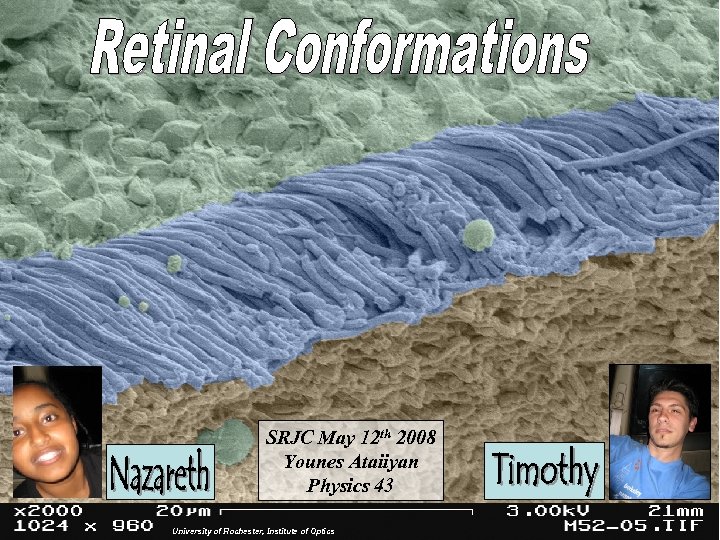 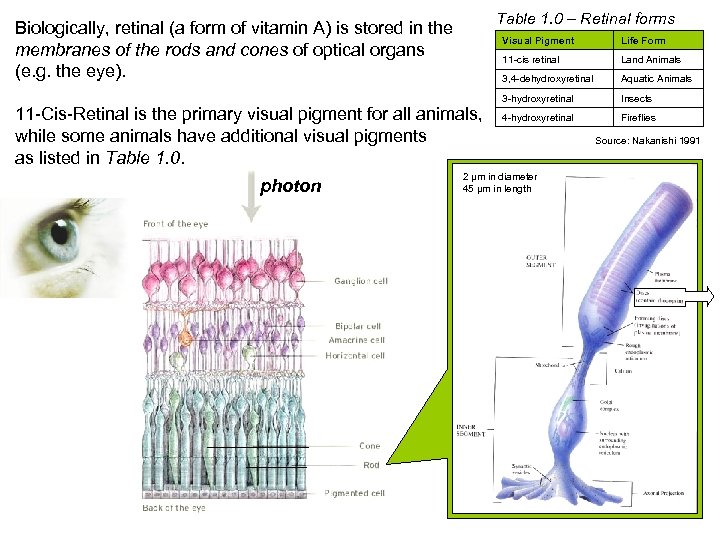 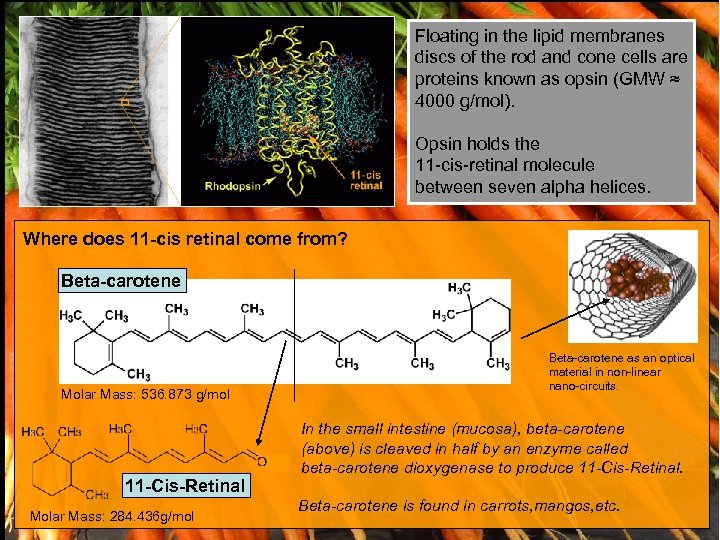 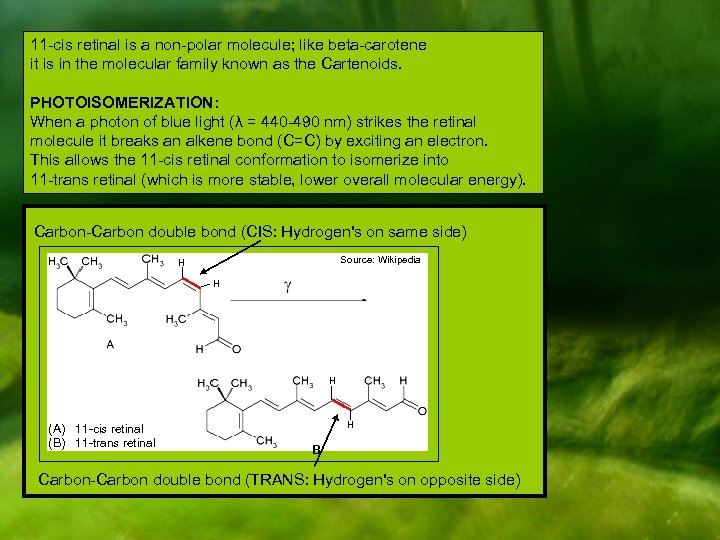 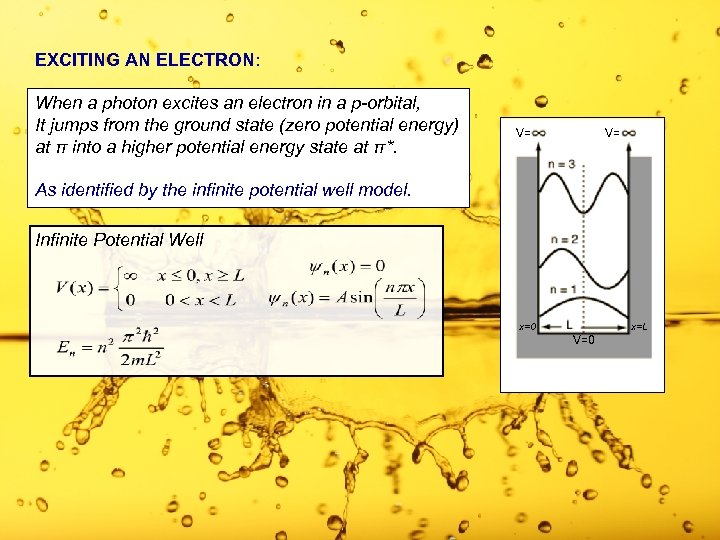 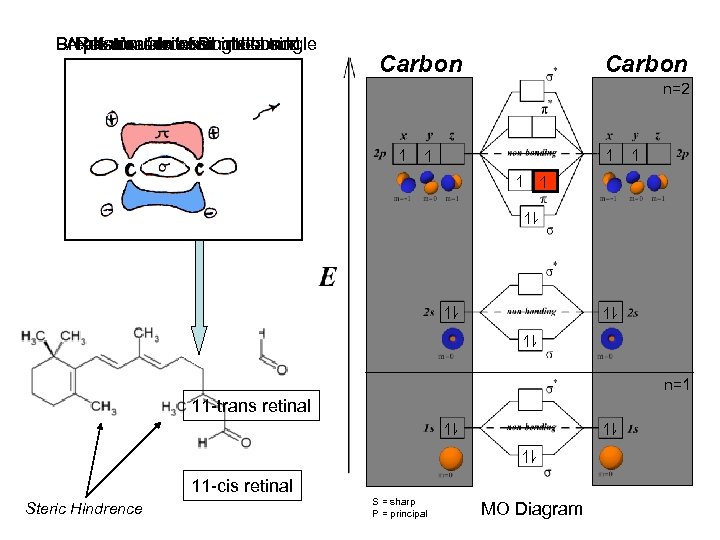 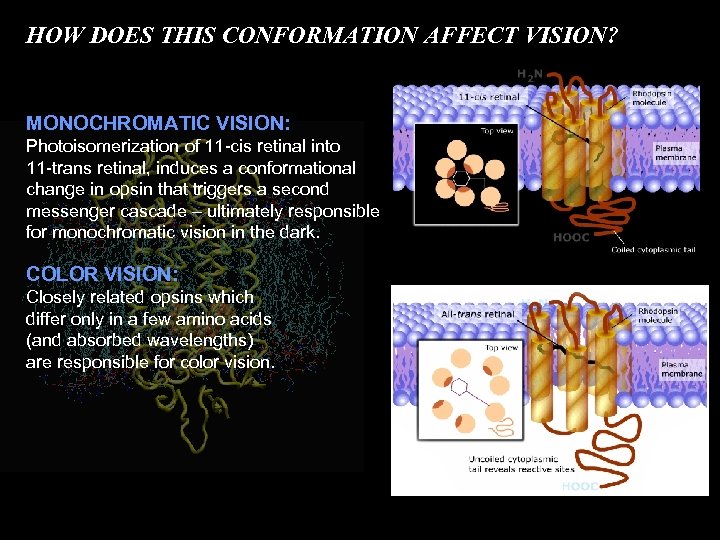 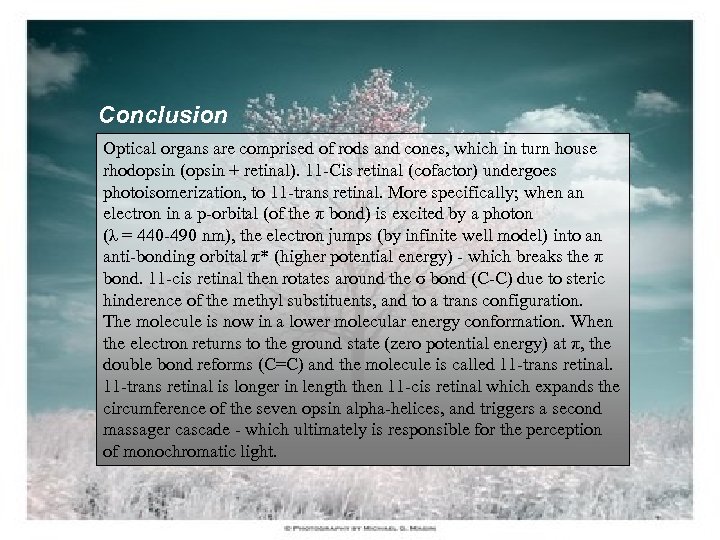 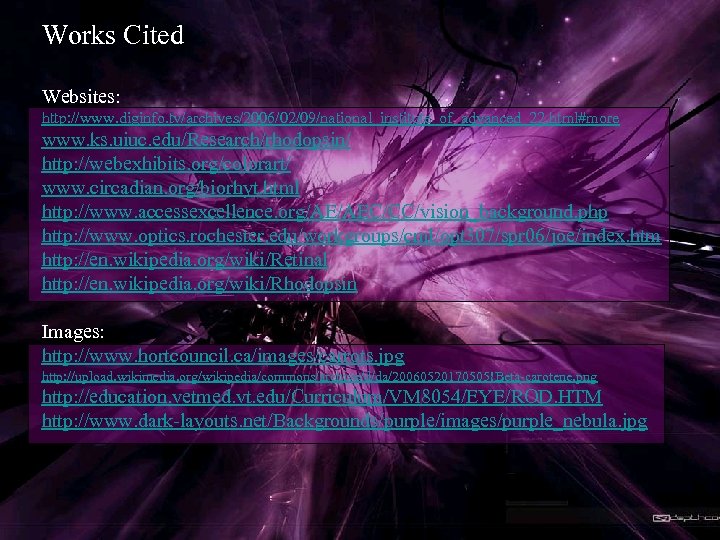 Table 1. 0 – Retinal forms Biologically, retinal (a form of vitamin A) is stored in the membranes of the rods and cones of optical organs (e. g. the eye). Visual Pigment 11 -cis retinal Aquatic Animals 3 -hydroxyretinal photon Land Animals 3, 4 -dehydroxyretinal 11 -Cis-Retinal is the primary visual pigment for all animals, while some animals have additional visual pigments as listed in Table 1. 0. Life Form Insects 4 -hydroxyretinal Fireflies 2 µm in diameter 45 µm in length Rod Cell Source: Nakanishi 1991

Floating in the lipid membranes discs of the rod and cone cells are proteins known as opsin (GMW ≈ 4000 g/mol). Opsin holds the 11 -cis-retinal molecule between seven alpha helices. Where does 11 -cis retinal come from? Beta-carotene Molar Mass: 536. 873 g/mol 11 -Cis-Retinal Molar Mass: 284. 436 g/mol Beta-carotene as an optical material in non-linear nano-circuits. In the small intestine (mucosa), beta-carotene (above) is cleaved in half by an enzyme called beta-carotene dioxygenase to produce 11 -Cis-Retinal. Beta-carotene is found in carrots, mangos, etc.

11 -cis retinal is a non-polar molecule; like beta-carotene it is in the molecular family known as the Cartenoids. PHOTOISOMERIZATION: When a photon of blue light (λ = 440 -490 nm) strikes the retinal molecule it breaks an alkene bond (C=C) by exciting an electron. This allows the 11 -cis retinal conformation to isomerize into 11 -trans retinal (which is more stable, lower overall molecular energy). Carbon-Carbon double bond (CIS: Hydrogen's on same side) Source: Wikipedia H H H (A) 11 -cis retinal (B) 11 -trans retinal H B Carbon-Carbon double bond (TRANS: Hydrogen's on opposite side)

EXCITING AN ELECTRON: When a photon excites an electron in a p-orbital, It jumps from the ground state (zero potential energy) at π into a higher potential energy state at π*. V= V= As identified by the infinite potential well model. Infinite Potential Well x=0 x=L V=0

HOW DOES THIS CONFORMATION AFFECT VISION? MONOCHROMATIC VISION: Photoisomerization of 11 -cis retinal into 11 -trans retinal, induces a conformational change in opsin that triggers a second messenger cascade – ultimately responsible for monochromatic vision in the dark. COLOR VISION: Closely related opsins which differ only in a few amino acids (and absorbed wavelengths) are responsible for color vision.

Conclusion Optical organs are comprised of rods and cones, which in turn house rhodopsin (opsin + retinal). 11 -Cis retinal (cofactor) undergoes photoisomerization, to 11 -trans retinal. More specifically; when an electron in a p-orbital (of the π bond) is excited by a photon (λ = 440 -490 nm), the electron jumps (by infinite well model) into an anti-bonding orbital π* (higher potential energy) - which breaks the π bond. 11 -cis retinal then rotates around the σ bond (C-C) due to steric hinderence of the methyl substituents, and to a trans configuration. The molecule is now in a lower molecular energy conformation. When the electron returns to the ground state (zero potential energy) at π, the double bond reforms (C=C) and the molecule is called 11 -trans retinal is longer in length then 11 -cis retinal which expands the circumference of the seven opsin alpha-helices, and triggers a second massager cascade - which ultimately is responsible for the perception of monochromatic light.