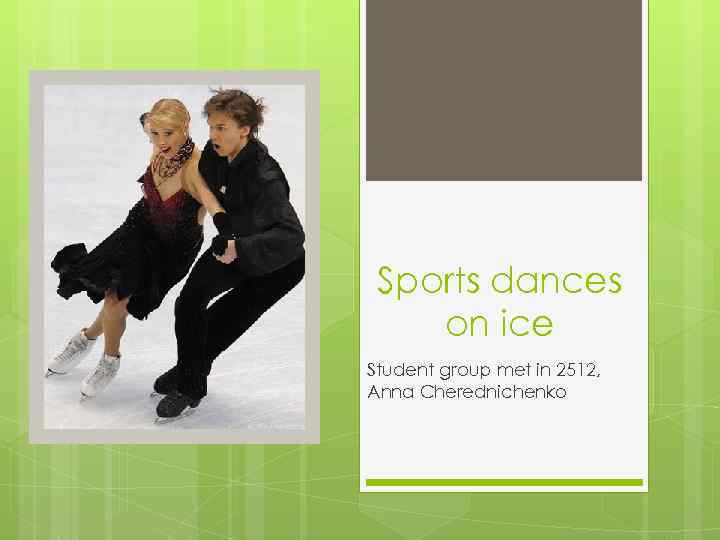 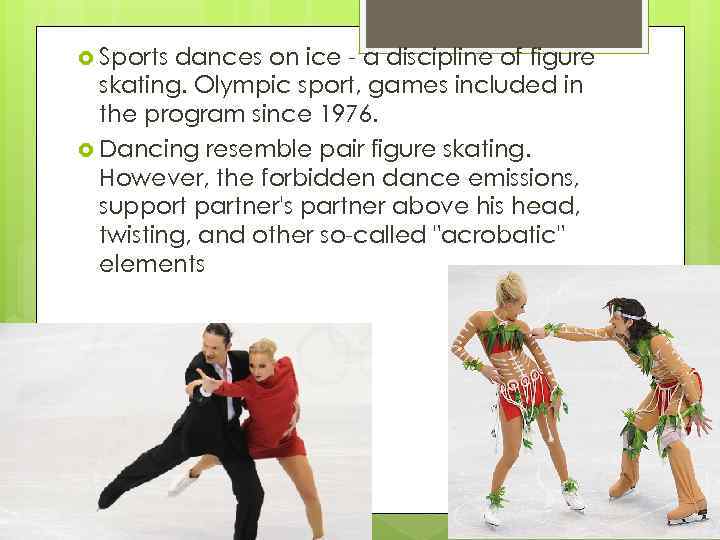 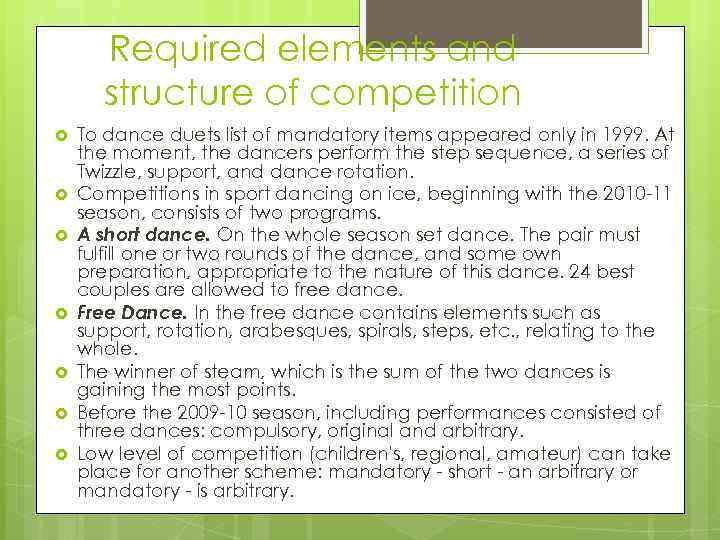 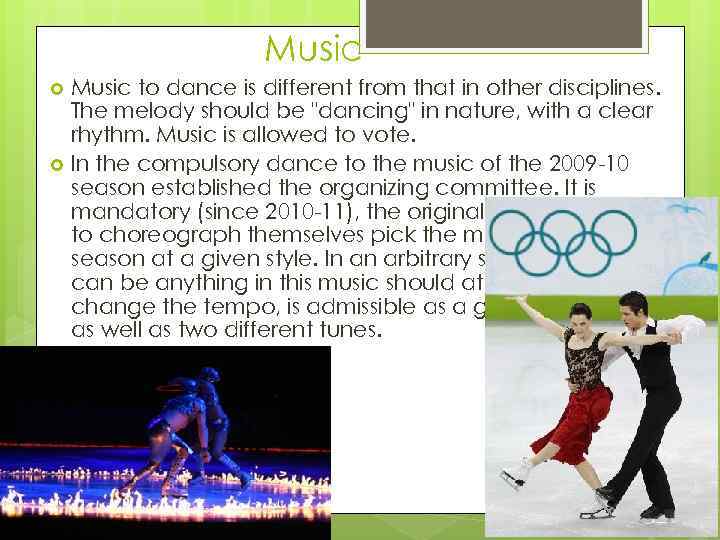 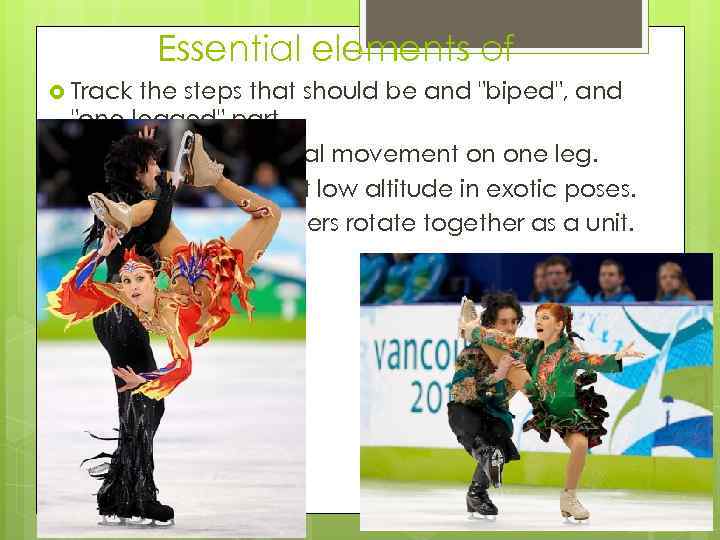 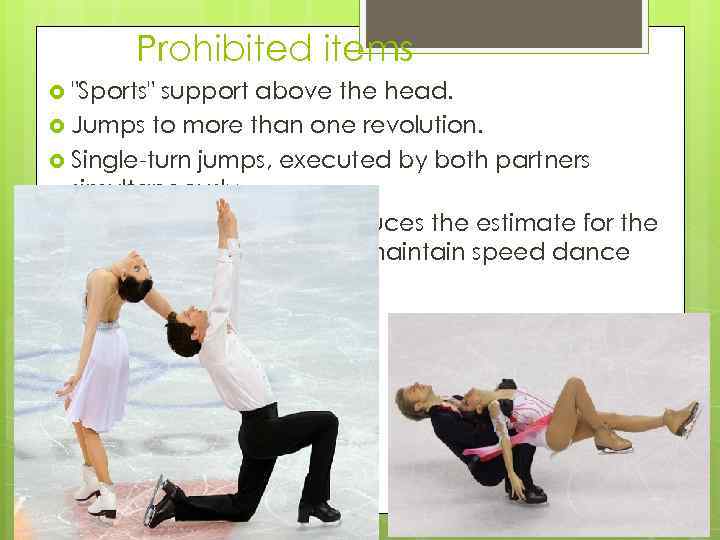 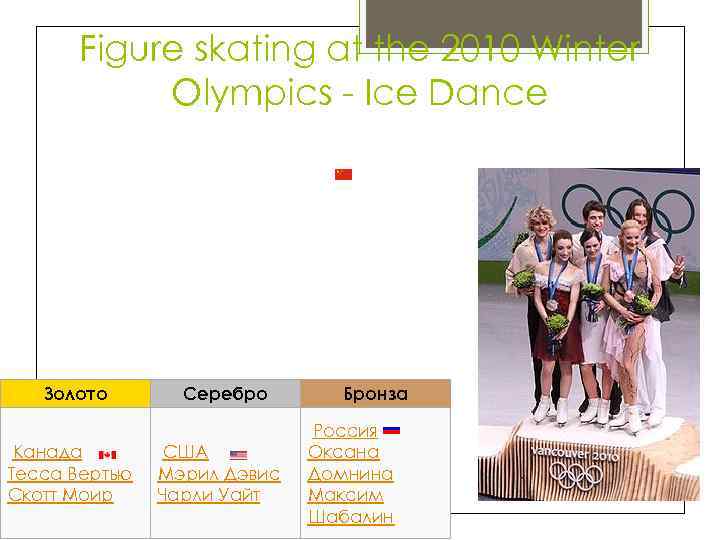 Sports dances on ice - a discipline of figure skating. Olympic sport, games included in the program since 1976. Dancing resemble pair figure skating. However, the forbidden dance emissions, support partner's partner above his head, twisting, and other so-called "acrobatic" elements

Required elements and structure of competition To dance duets list of mandatory items appeared only in 1999. At the moment, the dancers perform the step sequence, a series of Twizzle, support, and dance rotation. Competitions in sport dancing on ice, beginning with the 2010 -11 season, consists of two programs. A short dance. On the whole season set dance. The pair must fulfill one or two rounds of the dance, and some own preparation, appropriate to the nature of this dance. 24 best couples are allowed to free dance. Free Dance. In the free dance contains elements such as support, rotation, arabesques, spirals, steps, etc. , relating to the whole. The winner of steam, which is the sum of the two dances is gaining the most points. Before the 2009 -10 season, including performances consisted of three dances: compulsory, original and arbitrary. Low level of competition (children's, regional, amateur) can take place for another scheme: mandatory - short - an arbitrary or mandatory - is arbitrary.

Music to dance is different from that in other disciplines. The melody should be "dancing" in nature, with a clear rhythm. Music is allowed to vote. In the compulsory dance to the music of the 2009 -10 season established the organizing committee. It is mandatory (since 2010 -11), the original and short skaters to choreograph themselves pick the music for the season at a given style. In an arbitrary style of dance can be anything in this music should at least once to change the tempo, is admissible as a gradual change, as well as two different tunes.

Essential elements of Track the steps that should be and "biped", and "one-legged" part. Twizzle - the rotational movement on one leg. Dancing support - at low altitude in exotic poses. Joint rotation - partners rotate together as a unit.

Prohibited items "Sports" support above the head. Jumps to more than one revolution. Single-turn jumps, executed by both partners simultaneously. A pronounced run-up reduces the estimate for the dance, partners need to maintain speed dance steps. The long ride alone.