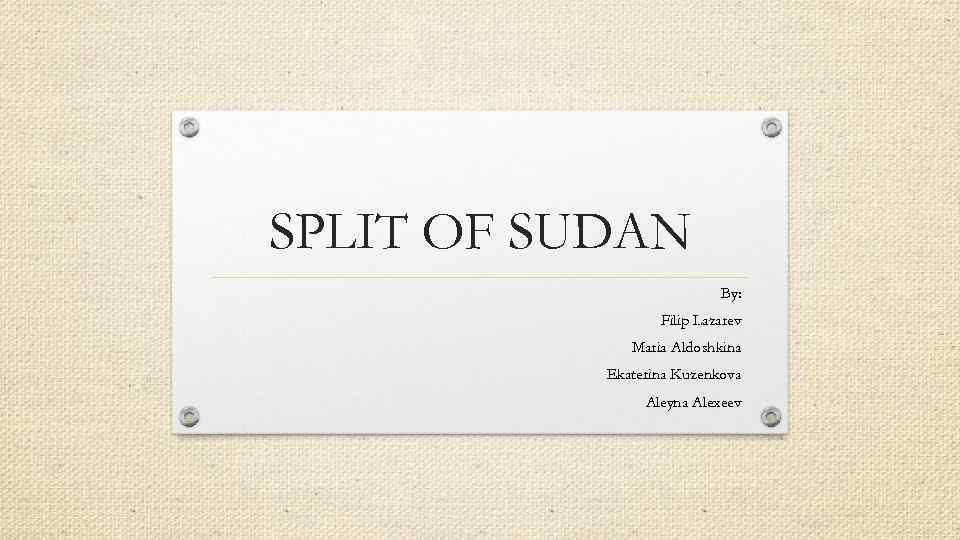 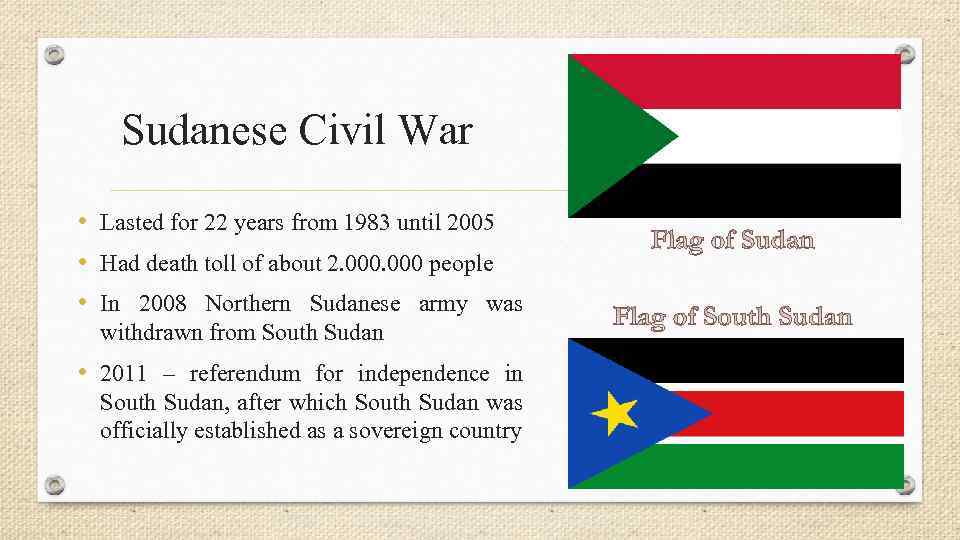 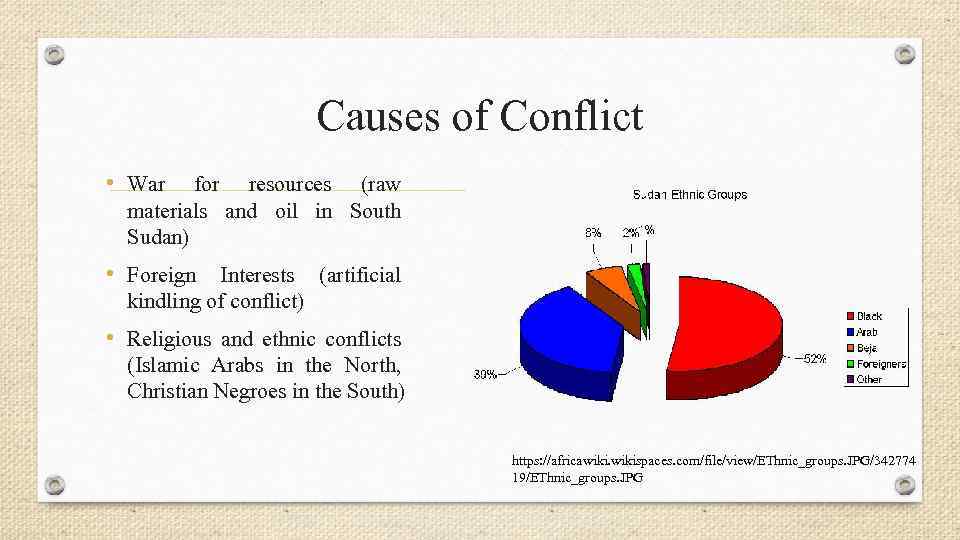 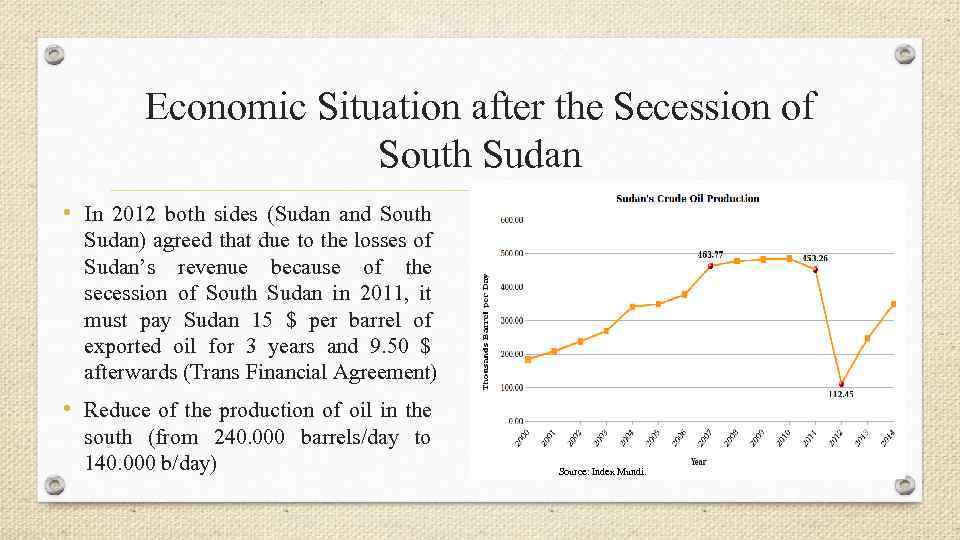 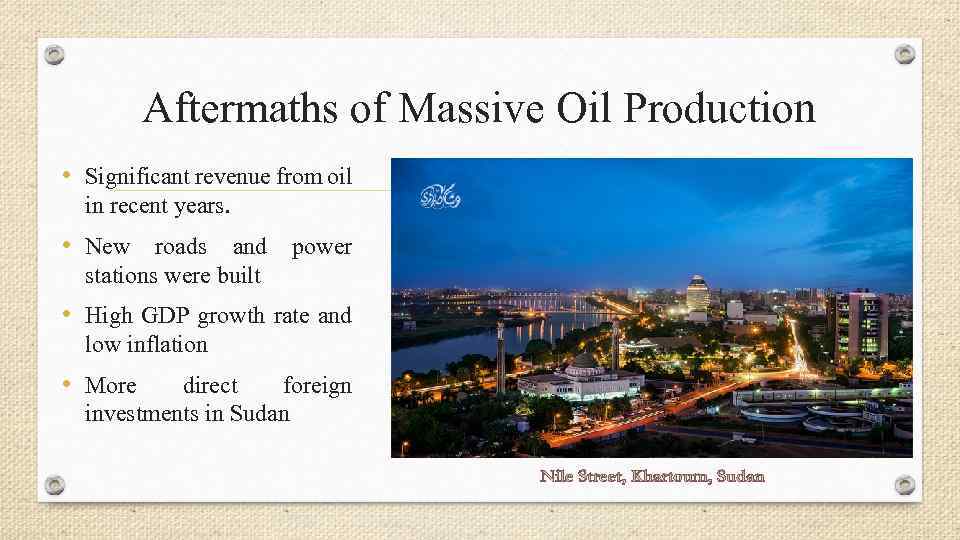 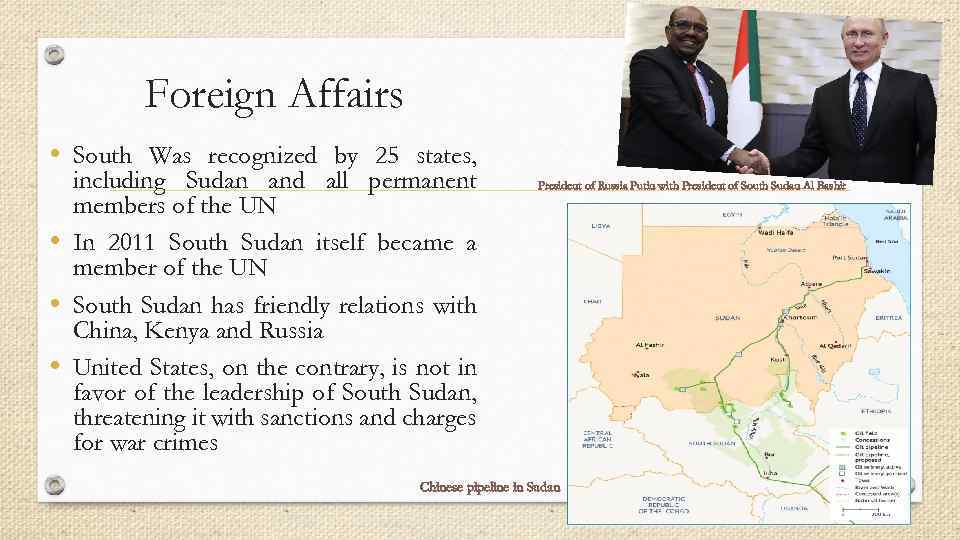 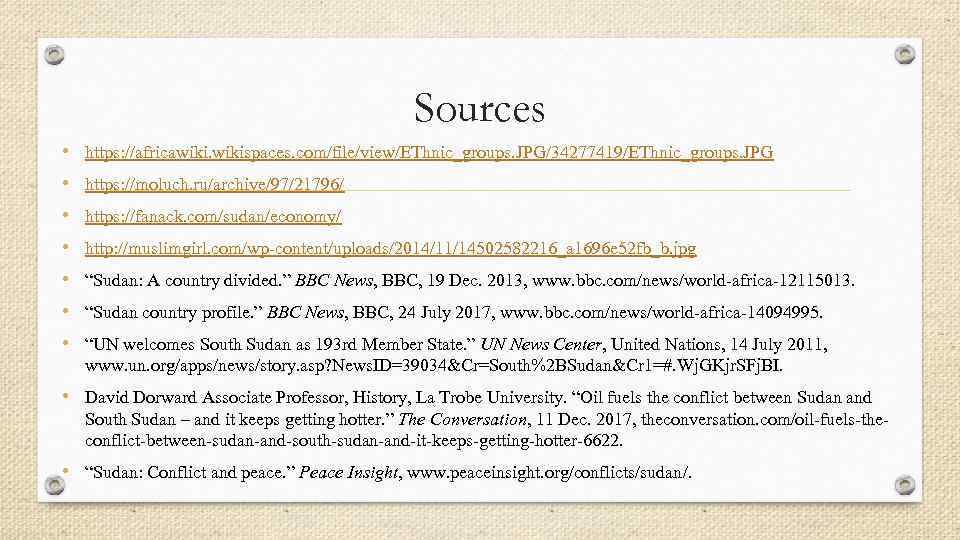 Sudanese Civil War • Lasted for 22 years from 1983 until 2005 • Had death toll of about 2. 000 people • In 2008 Northern Sudanese army was withdrawn from South Sudan • 2011 – referendum for independence in South Sudan, after which South Sudan was officially established as a sovereign country

Economic Situation after the Secession of South Sudan • In 2012 both sides (Sudan and South Sudan) agreed that due to the losses of Sudan’s revenue because of the secession of South Sudan in 2011, it must pay Sudan 15 $ per barrel of exported oil for 3 years and 9. 50 $ afterwards (Trans Financial Agreement) • Reduce of the production of oil in the south (from 240. 000 barrels/day to 140. 000 b/day) Source: Index Mundi.

Foreign Affairs • South Was recognized by 25 states, including Sudan and all permanent members of the UN • In 2011 South Sudan itself became a member of the UN • South Sudan has friendly relations with China, Kenya and Russia • United States, on the contrary, is not in favor of the leadership of South Sudan, threatening it with sanctions and charges for war crimes President of Russia Putin with President of South Sudan Al Bashir Chinese pipeline in Sudan

Cerebral asymmetry and the specific functions of the