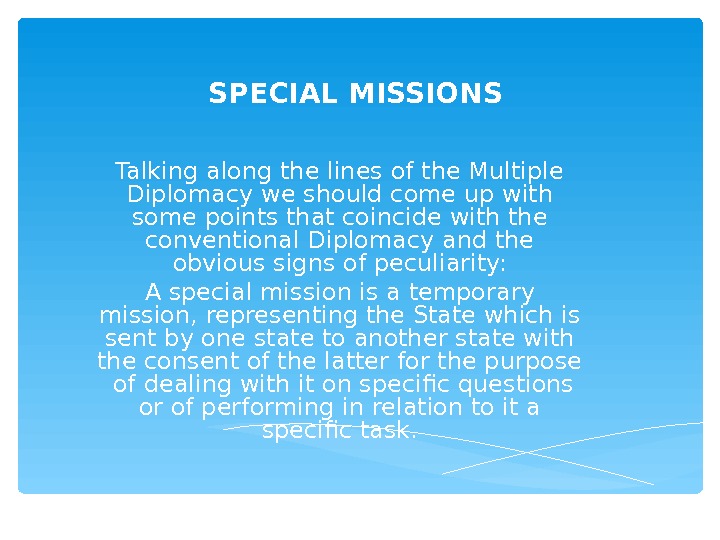 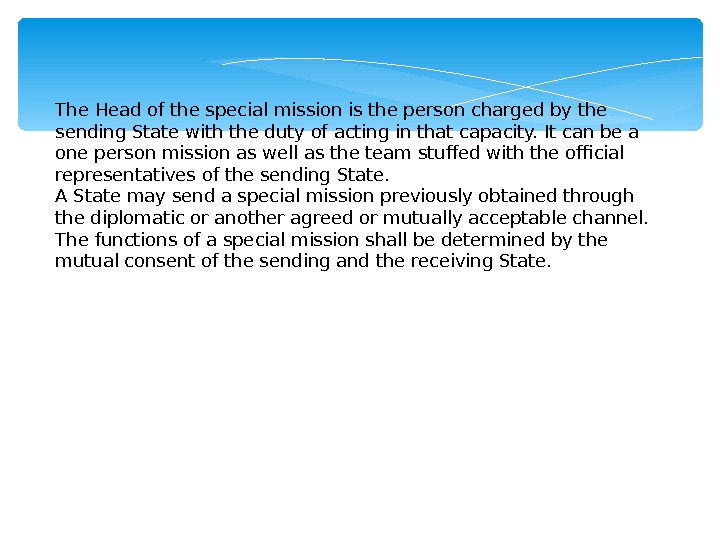 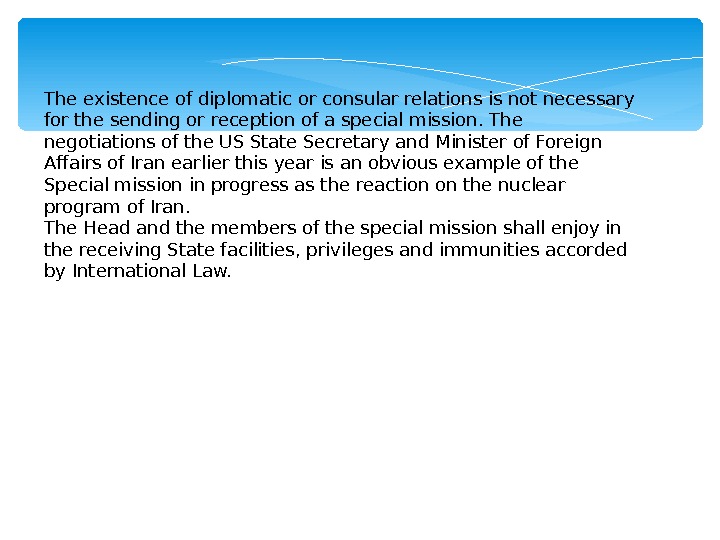 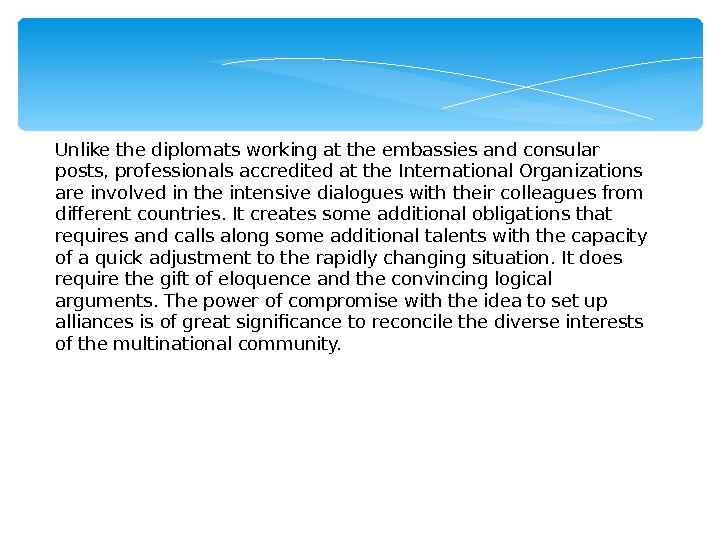 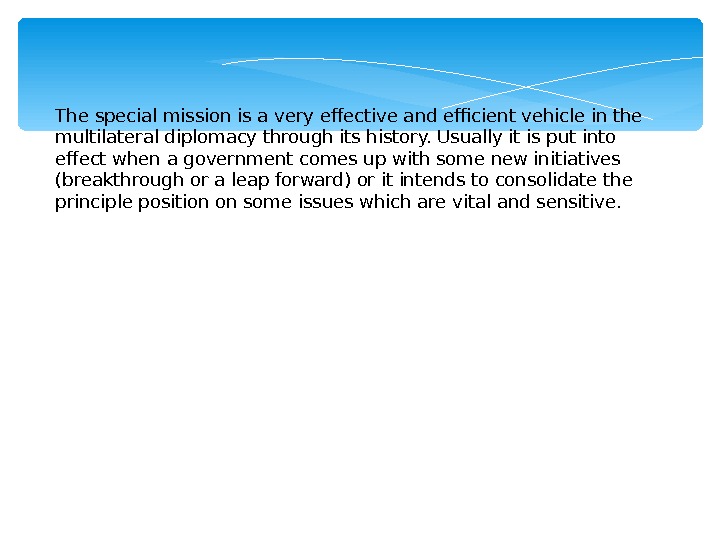 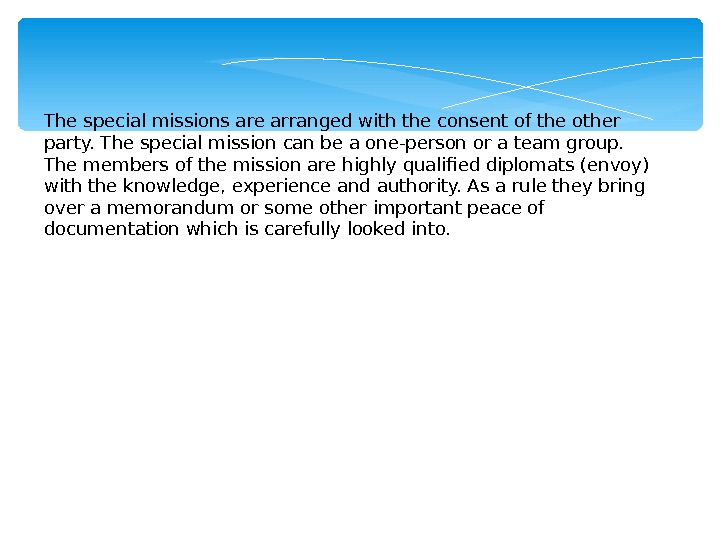 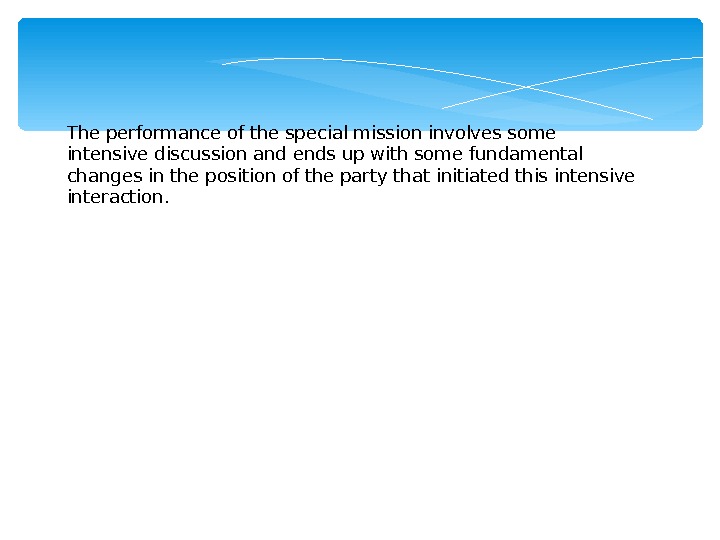 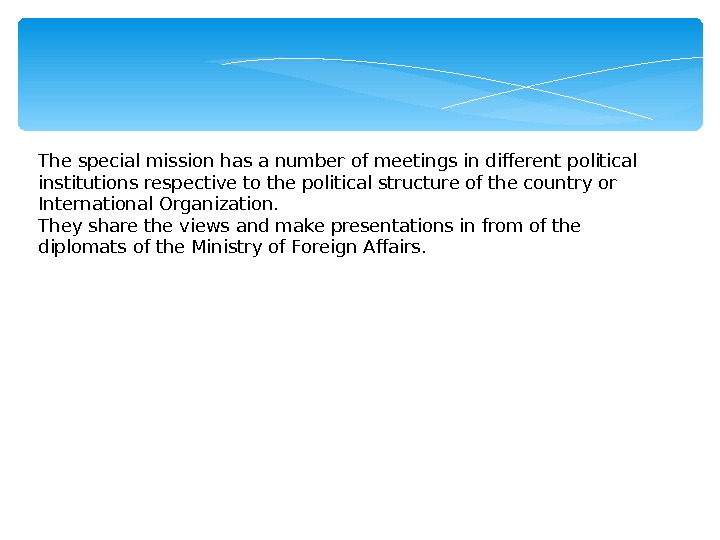 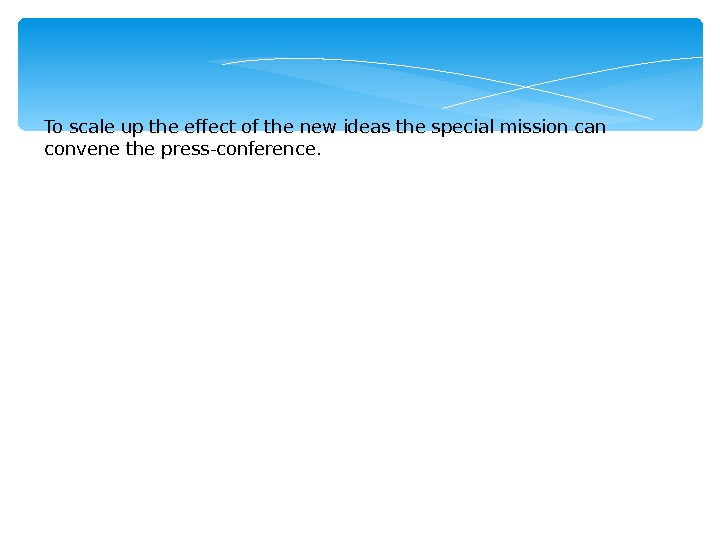 Скачать презентацию SPECIAL MISSIONS Talking along the lines of the

SPECIAL MISSIONS Talking along the lines of the Multiple Diplomacy we should come up with some points that coincide with the conventional Diplomacy and the obvious signs of peculiarity: A special mission is a temporary mission, representing the State which is sent by one state to another state with the consent of the latter for the purpose of dealing with it on specific questions or of performing in relation to it a specific task.

The existence of diplomatic or consular relations is not necessary for the sending or reception of a special mission. The negotiations of the US State Secretary and Minister of Foreign Affairs of Iran earlier this year is an obvious example of the Special mission in progress as the reaction on the nuclear program of Iran. The Head and the members of the special mission shall enjoy in the receiving State facilities, privileges and immunities accorded by International Law.

Unlike the diplomats working at the embassies and consular posts, professionals accredited at the International Organizations are involved in the intensive dialogues with their colleagues from different countries. It creates some additional obligations that requires and calls along some additional talents with the capacity of a quick adjustment to the rapidly changing situation. It does require the gift of eloquence and the convincing logical arguments. The power of compromise with the idea to set up alliances is of great significance to reconcile the diverse interests of the multinational community.

The special mission is a very effective and efficient vehicle in the multilateral diplomacy through its history. Usually it is put into effect when a government comes up with some new initiatives (breakthrough or a leap forward) or it intends to consolidate the principle position on some issues which are vital and sensitive.

The special missions are arranged with the consent of the other party. The special mission can be a one-person or a team group. The members of the mission are highly qualified diplomats (envoy) with the knowledge, experience and authority. As a rule they bring over a memorandum or some other important peace of documentation which is carefully looked into.

The performance of the special mission involves some intensive discussion and ends up with some fundamental changes in the position of the party that initiated this intensive interaction.

The special mission has a number of meetings in different political institutions respective to the political structure of the country or International Organization. They share the views and make presentations in from of the diplomats of the Ministry of Foreign Affairs.

To scale up the effect of the new ideas the special mission can convene the press-conference.