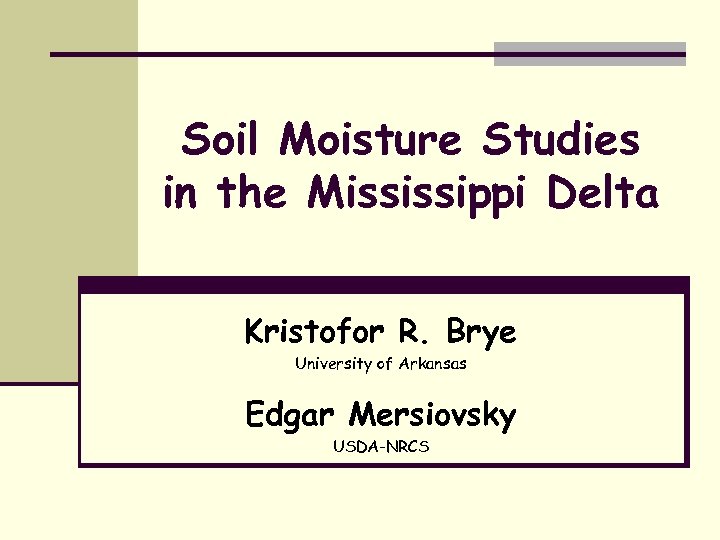 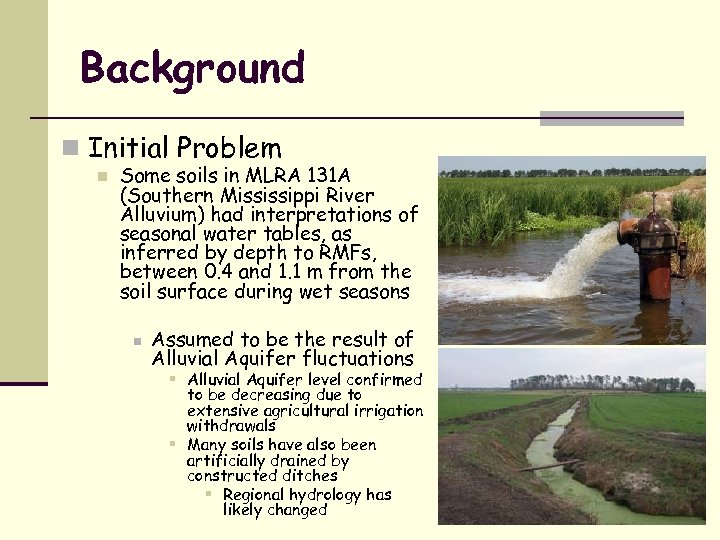 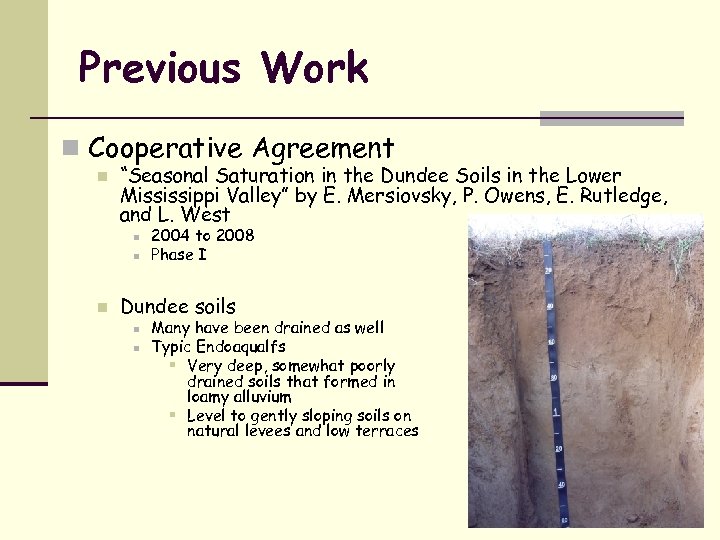 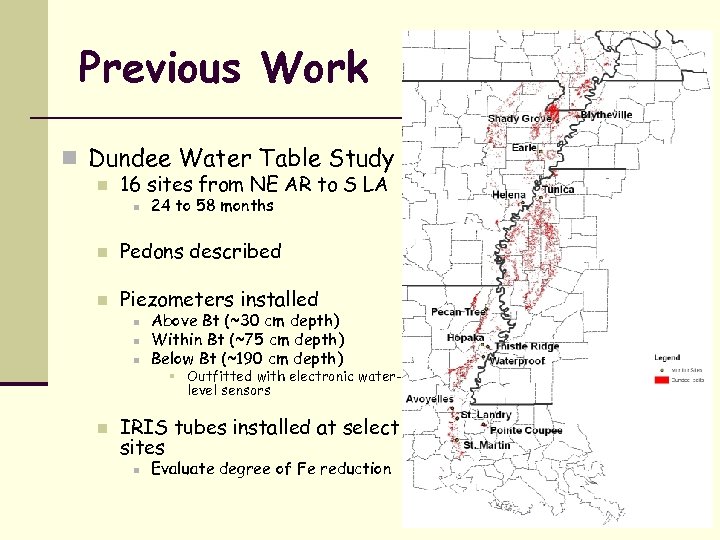 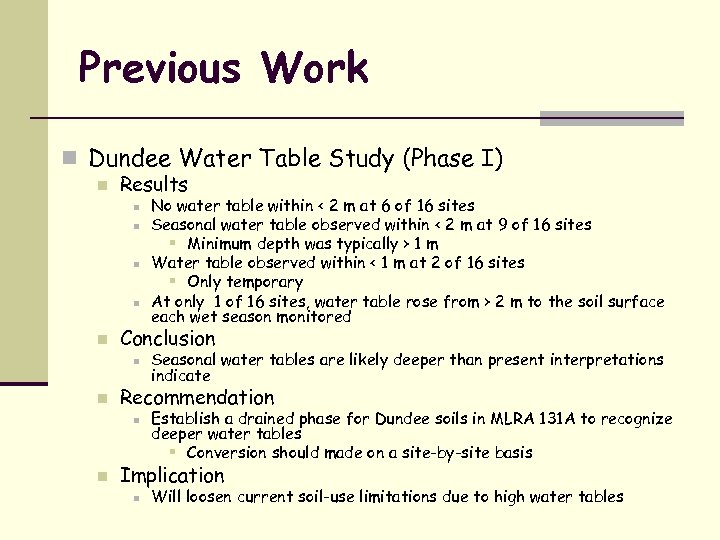 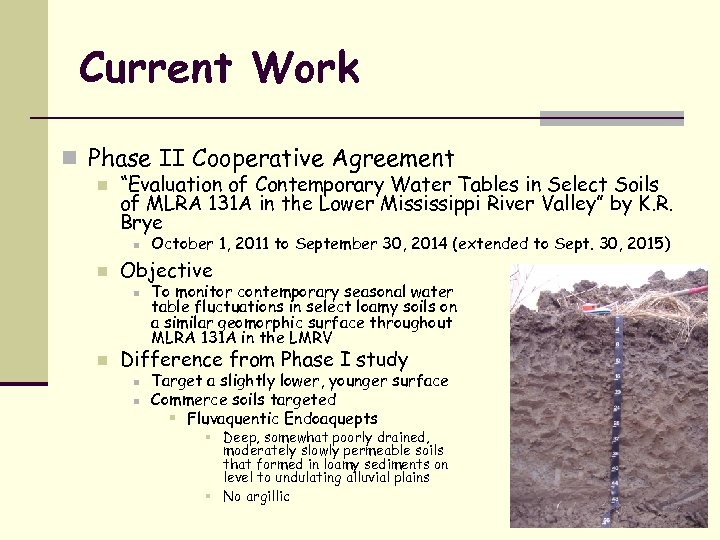 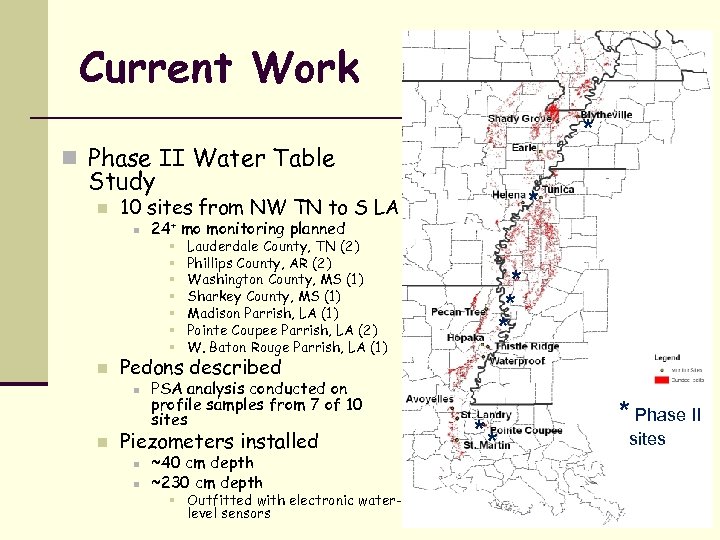 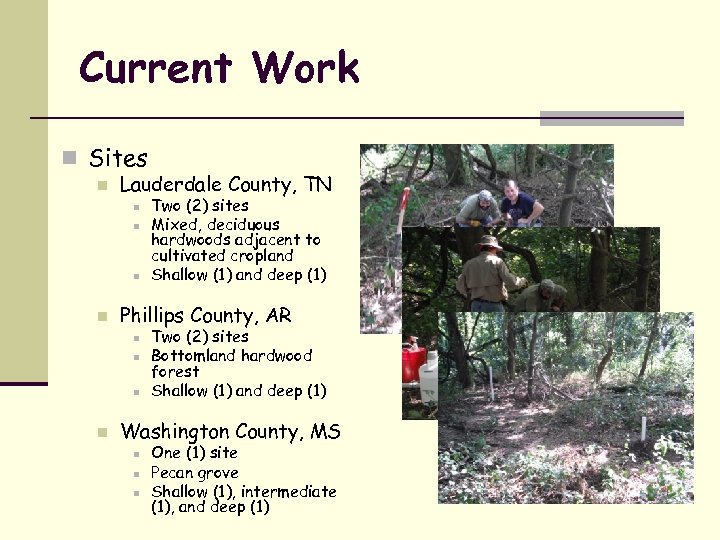 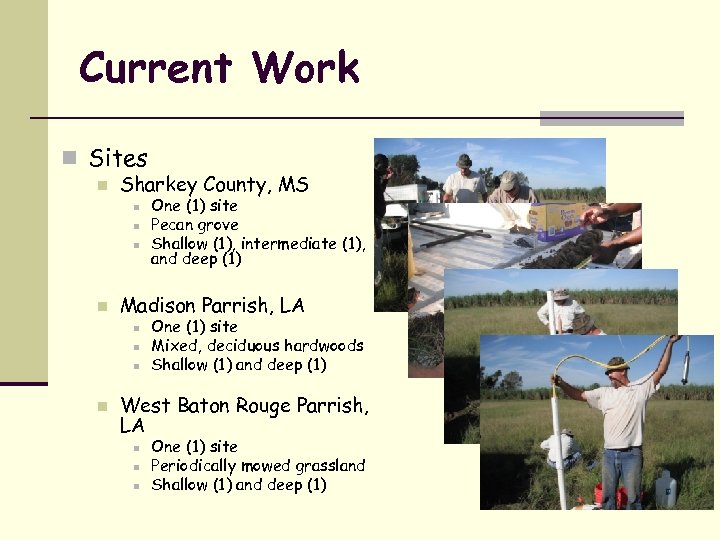 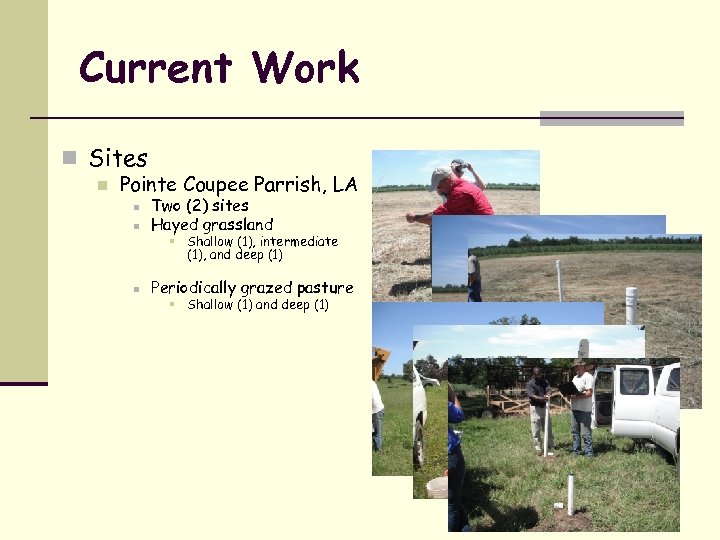 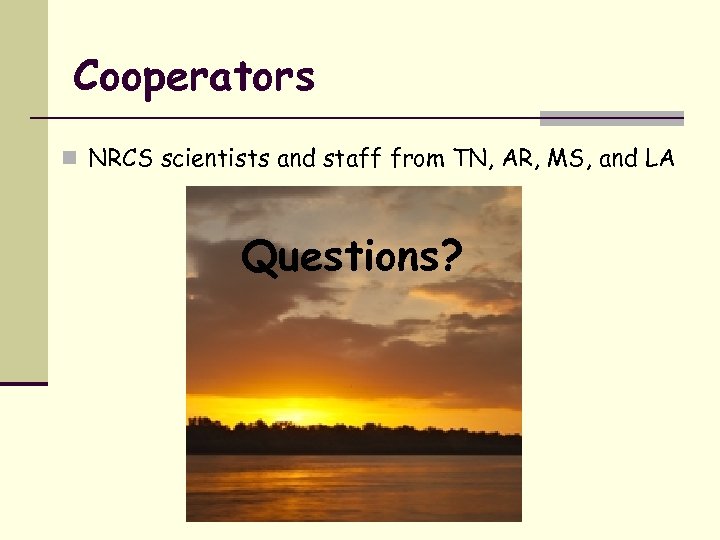 Background n Initial Problem n Some soils in MLRA 131 A (Southern Mississippi River Alluvium) had interpretations of seasonal water tables, as inferred by depth to RMFs, between 0. 4 and 1. 1 m from the soil surface during wet seasons n Assumed to be the result of Alluvial Aquifer fluctuations § Alluvial Aquifer level confirmed to be decreasing due to extensive agricultural irrigation withdrawals § Many soils have also been artificially drained by constructed ditches § Regional hydrology has likely changed