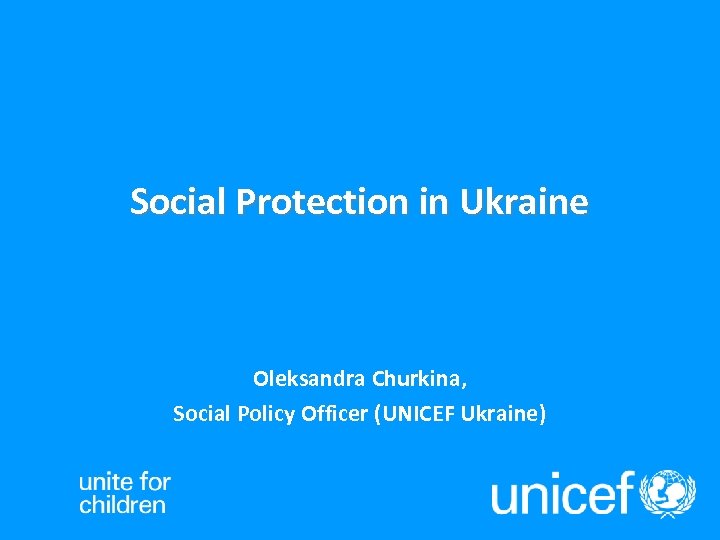 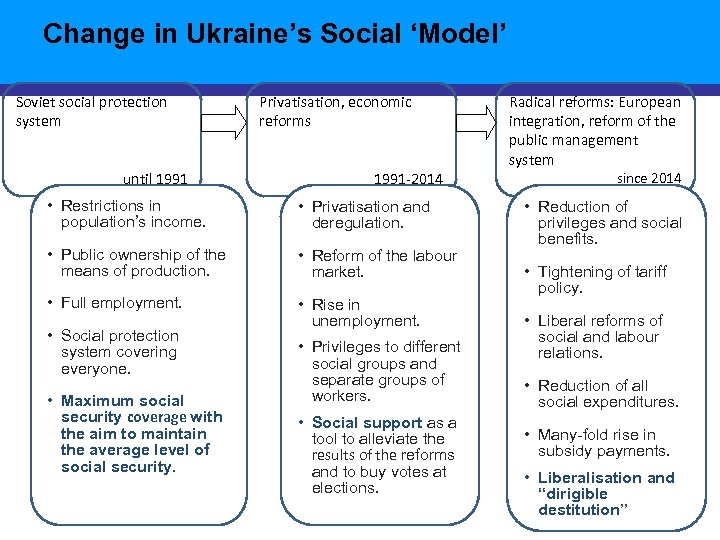 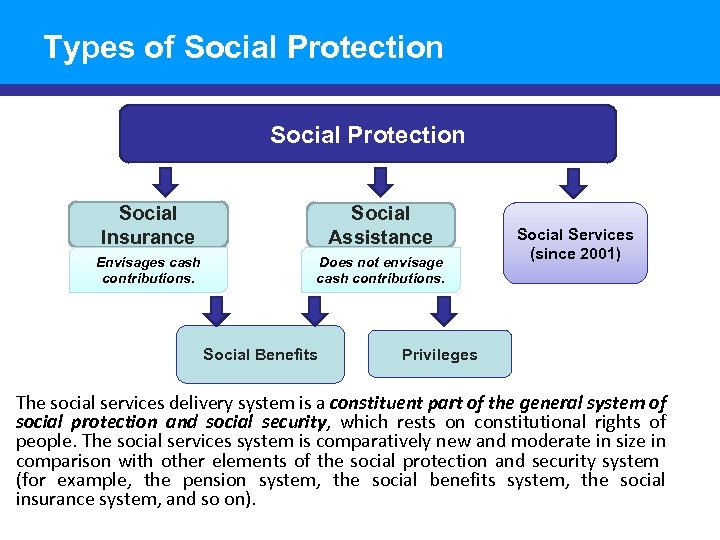 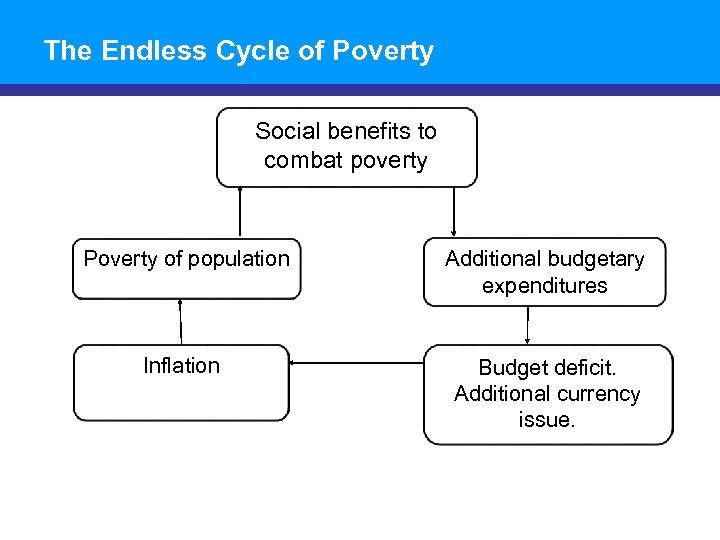 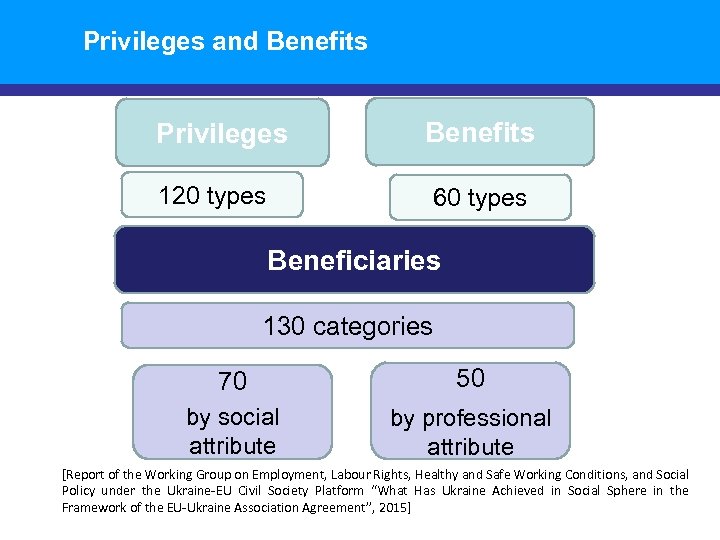 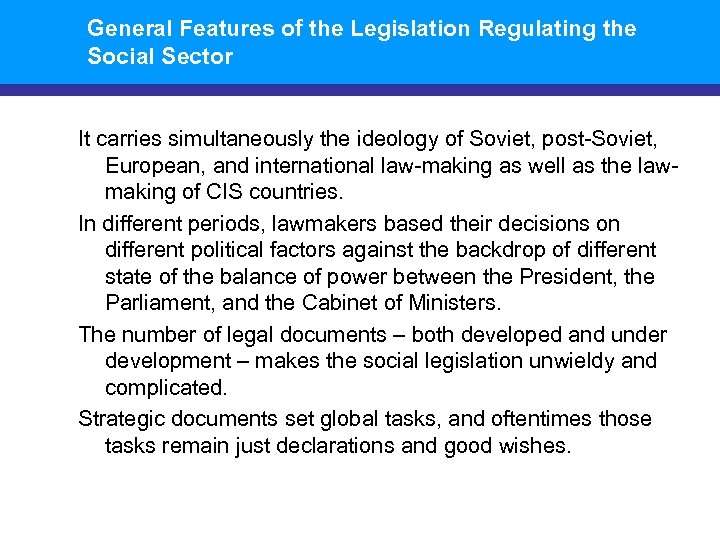 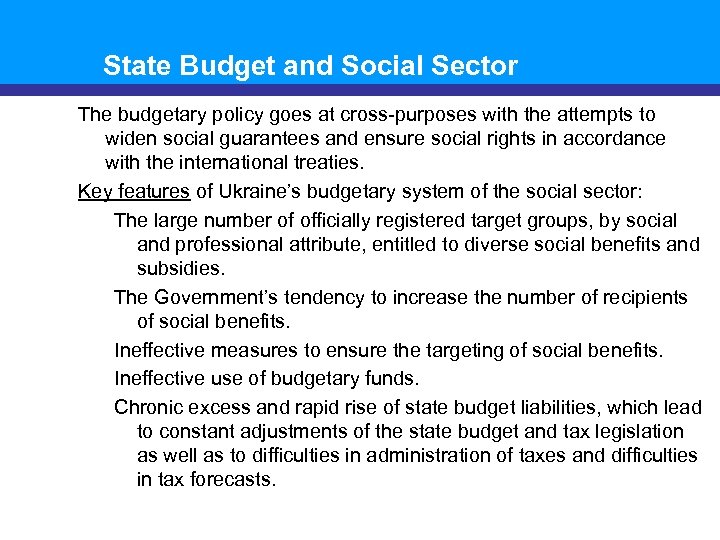 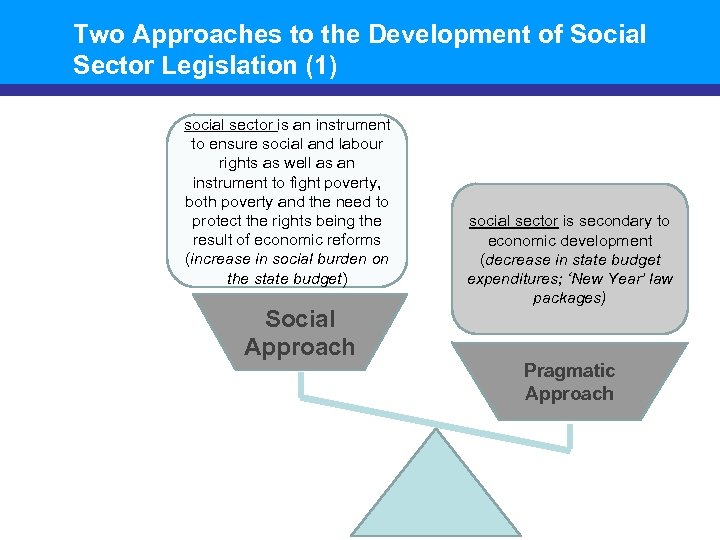 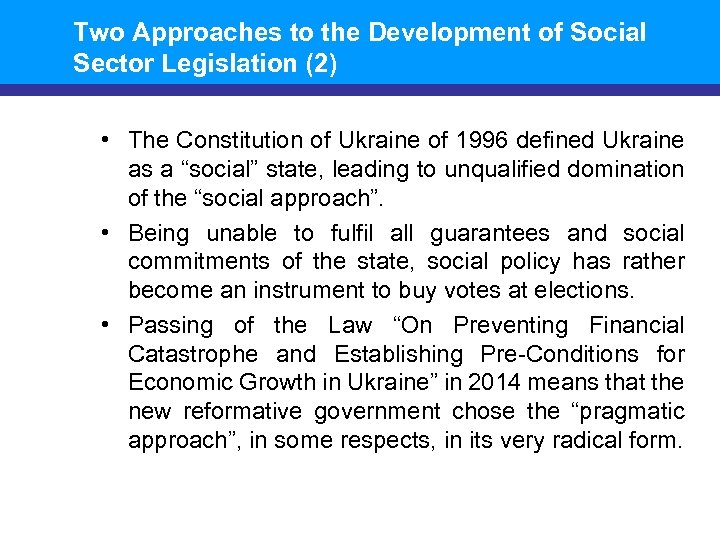 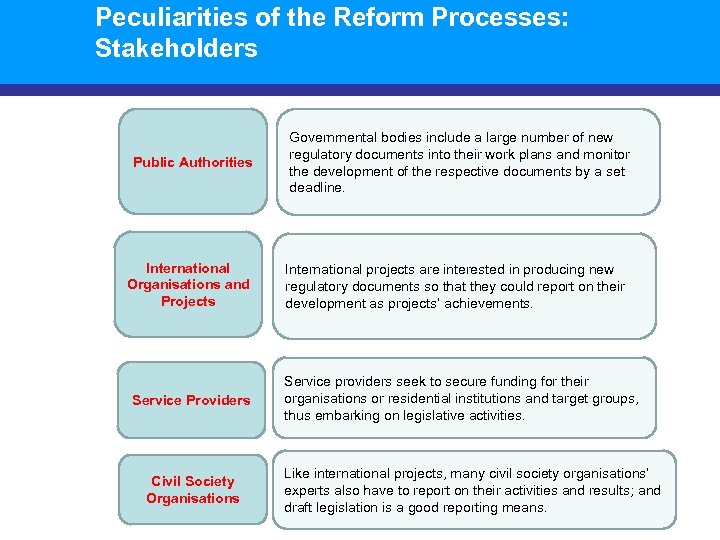 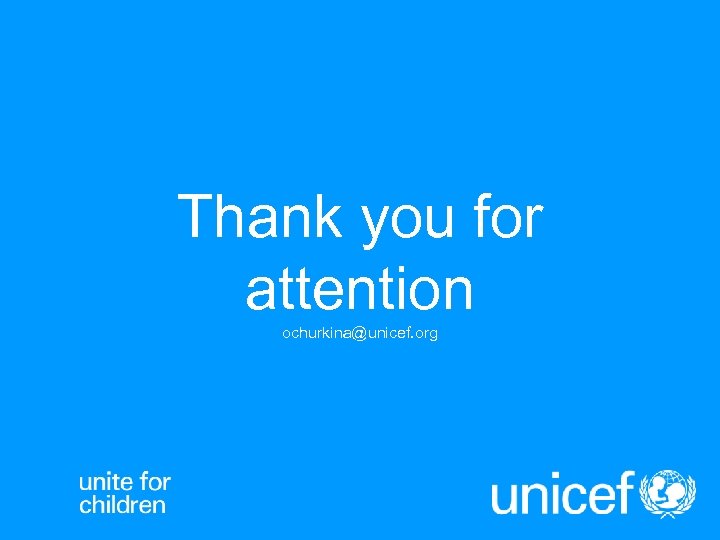 Change in Ukraine’s Social ‘Model’ Soviet social protection system until 1991 Privatisation, economic reforms 1991 -2014 • Restrictions in population’s income. • Privatisation and deregulation. • Public ownership of the means of production. • Reform of the labour market. • Full employment. • Rise in unemployment. • Social protection system covering everyone. • Maximum social security coverage with the aim to maintain the average level of social security. • Privileges to different social groups and separate groups of workers. • Social support as a tool to alleviate the results of the reforms and to buy votes at elections. Radical reforms: European integration, reform of the public management system since 2014 • Reduction of privileges and social benefits. • Tightening of tariff policy. • Liberal reforms of social and labour relations. • Reduction of all social expenditures. • Many-fold rise in subsidy payments. • Liberalisation and “dirigible destitution”

Types of Social Protection Social Insurance Social Assistance Envisages cash contributions. Does not envisage cash contributions. Social Benefits Social Services (since 2001) Privileges The social services delivery system is a constituent part of the general system of social protection and social security, which rests on constitutional rights of people. The social services system is comparatively new and moderate in size in comparison with other elements of the social protection and security system (for example, the pension system, the social benefits system, the social insurance system, and so on).

Privileges and Benefits Privileges Benefits 120 types 60 types Beneficiaries 130 categories 70 50 by social attribute by professional attribute [Report of the Working Group on Employment, Labour Rights, Healthy and Safe Working Conditions, and Social Policy under the Ukraine-EU Civil Society Platform “What Has Ukraine Achieved in Social Sphere in the Framework of the EU-Ukraine Association Agreement”, 2015]

General Features of the Legislation Regulating the Social Sector It carries simultaneously the ideology of Soviet, post-Soviet, European, and international law-making as well as the lawmaking of CIS countries. In different periods, lawmakers based their decisions on different political factors against the backdrop of different state of the balance of power between the President, the Parliament, and the Cabinet of Ministers. The number of legal documents – both developed and under development – makes the social legislation unwieldy and complicated. Strategic documents set global tasks, and oftentimes those tasks remain just declarations and good wishes.

State Budget and Social Sector The budgetary policy goes at cross-purposes with the attempts to widen social guarantees and ensure social rights in accordance with the international treaties. Key features of Ukraine’s budgetary system of the social sector: The large number of officially registered target groups, by social and professional attribute, entitled to diverse social benefits and subsidies. The Government’s tendency to increase the number of recipients of social benefits. Ineffective measures to ensure the targeting of social benefits. Ineffective use of budgetary funds. Chronic excess and rapid rise of state budget liabilities, which lead to constant adjustments of the state budget and tax legislation as well as to difficulties in administration of taxes and difficulties in tax forecasts.

Two Approaches to the Development of Social Sector Legislation (1) social sector is an instrument to ensure social and labour rights as well as an instrument to fight poverty, both poverty and the need to protect the rights being the result of economic reforms (increase in social burden on the state budget) Social Approach social sector is secondary to economic development (decrease in state budget expenditures; ‘New Year’ law packages) Pragmatic Approach

Two Approaches to the Development of Social Sector Legislation (2) • The Constitution of Ukraine of 1996 defined Ukraine as a “social” state, leading to unqualified domination of the “social approach”. • Being unable to fulfil all guarantees and social commitments of the state, social policy has rather become an instrument to buy votes at elections. • Passing of the Law “On Preventing Financial Catastrophe and Establishing Pre-Conditions for Economic Growth in Ukraine” in 2014 means that the new reformative government chose the “pragmatic approach”, in some respects, in its very radical form.

Peculiarities of the Reform Processes: Stakeholders Public Authorities International Organisations and Projects Service Providers Civil Society Organisations Governmental bodies include a large number of new regulatory documents into their work plans and monitor the development of the respective documents by a set deadline. International projects are interested in producing new regulatory documents so that they could report on their development as projects’ achievements. Service providers seek to secure funding for their organisations or residential institutions and target groups, thus embarking on legislative activities. Like international projects, many civil society organisations’ experts also have to report on their activities and results; and draft legislation is a good reporting means.

The National Bank of Ukraine Buildings of