Smoking law in Ukraine In September 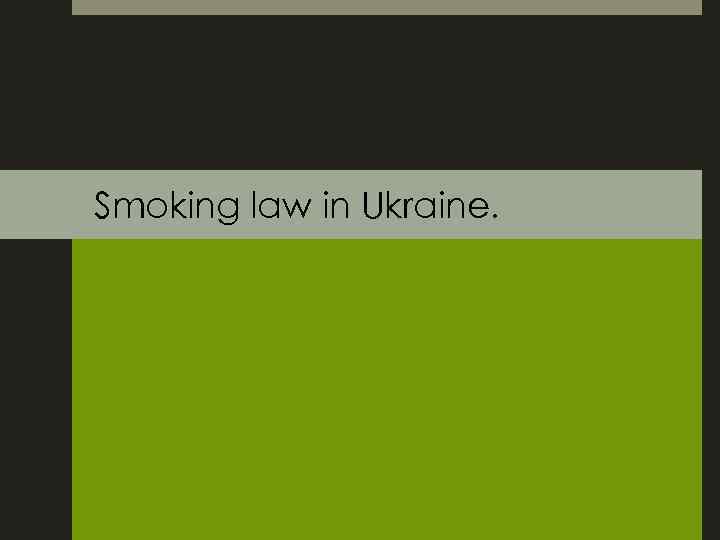 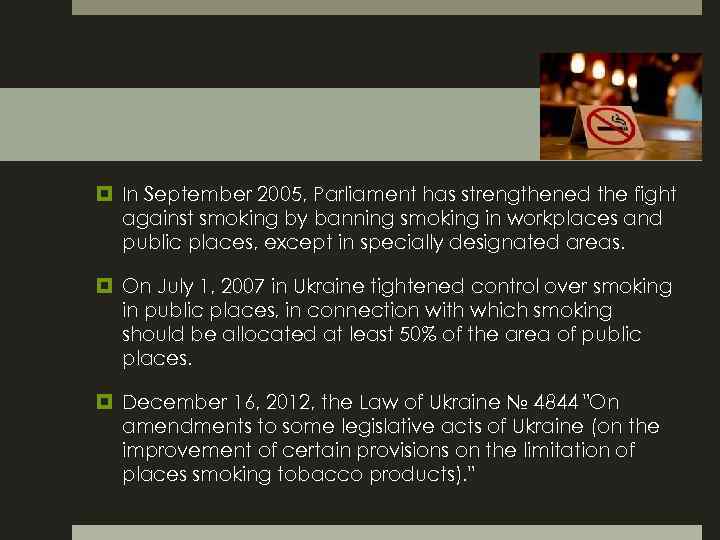 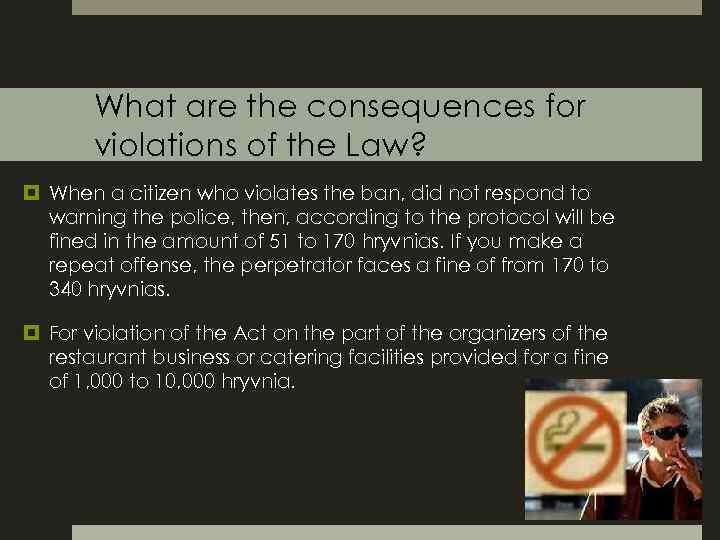 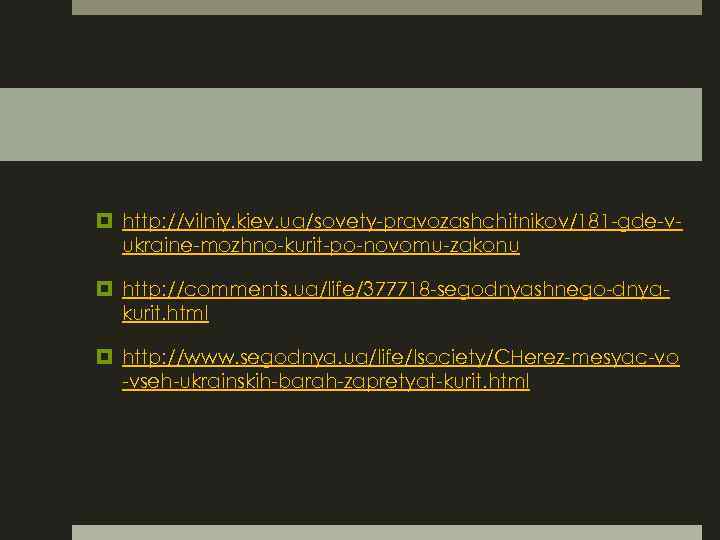 In September 2005, Parliament has strengthened the fight against smoking by banning smoking in workplaces and public places, except in specially designated areas. On July 1, 2007 in Ukraine tightened control over smoking in public places, in connection with which smoking should be allocated at least 50% of the area of public places. December 16, 2012, the Law of Ukraine № 4844 "On amendments to some legislative acts of Ukraine (on the improvement of certain provisions on the limitation of places smoking tobacco products). "

7) in the subways; 8) in the public transport used for the carriage of passengers; 9) in the premises of establishments restaurant industry; 10) in the areas of cultural facilities; 11) in the areas of state and local governments, other government agencies; 12) on the fixed-route bus stops equipped vehicles.

What are the consequences for violations of the Law? When a citizen who violates the ban, did not respond to warning the police, then, according to the protocol will be fined in the amount of 51 to 170 hryvnias. If you make a repeat offense, the perpetrator faces a fine of from 170 to 340 hryvnias. For violation of the Act on the part of the organizers of the restaurant business or catering facilities provided for a fine of 1, 000 to 10, 000 hryvnia.

Where can you smoke? The Act does not specify the streets, squares and parks, so smoking in these places can be. However, it can not violate the rights of citizens, it means that it can not be ignored, if someone asks, that it can not "go" tobacco smoke on them. It should also be noted that smoking in bars, restaurants and eating places is prohibited indoors only. On summer grounds smoking is allowed, as well as on the street next to the institution.