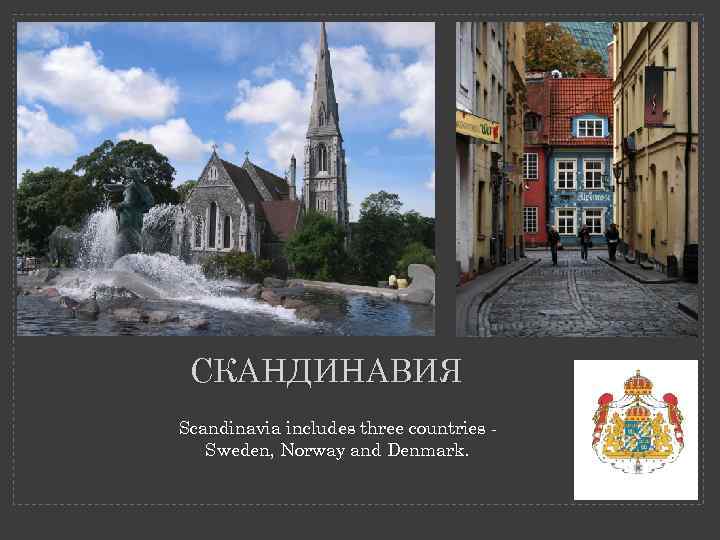 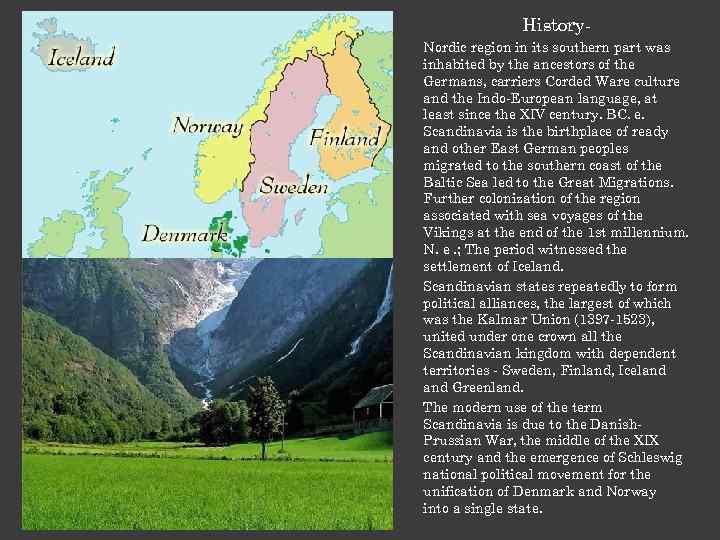 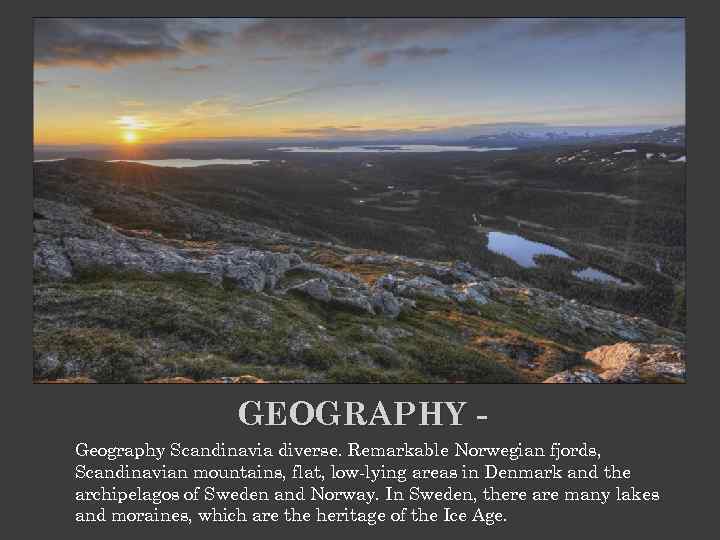 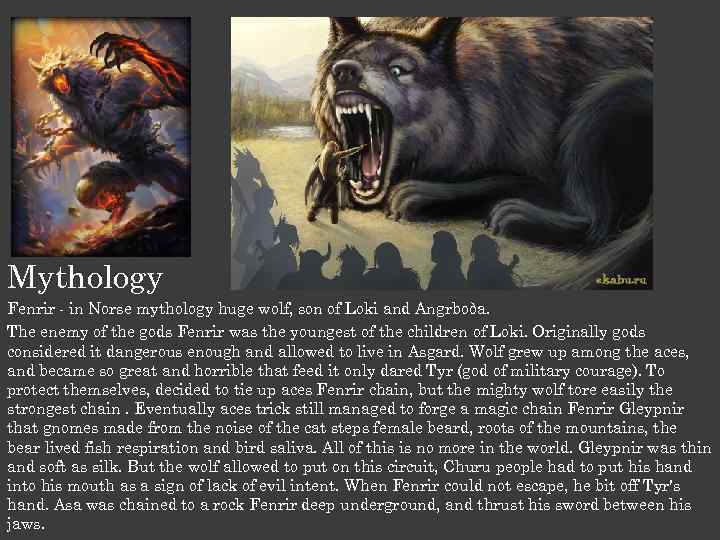 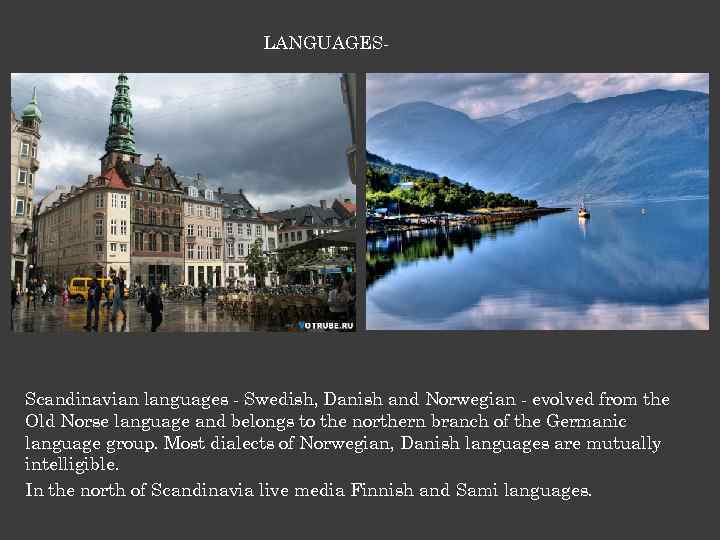 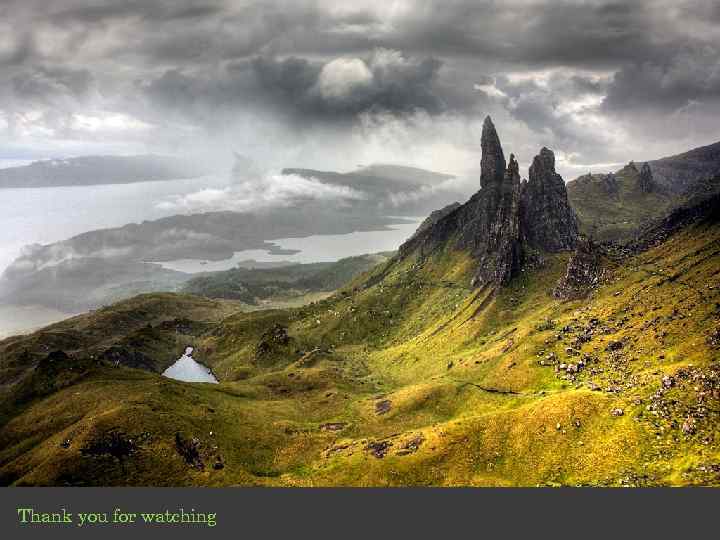 History. Nordic region in its southern part was inhabited by the ancestors of the Germans, carriers Corded Ware culture and the Indo-European language, at least since the XIV century. BC. e. Scandinavia is the birthplace of ready and other East German peoples migrated to the southern coast of the Baltic Sea led to the Great Migrations. Further colonization of the region associated with sea voyages of the Vikings at the end of the 1 st millennium. N. e. ; The period witnessed the settlement of Iceland. Scandinavian states repeatedly to form political alliances, the largest of which was the Kalmar Union (1397 -1523), united under one crown all the Scandinavian kingdom with dependent territories - Sweden, Finland, Iceland Greenland. The modern use of the term Scandinavia is due to the Danish. Prussian War, the middle of the XIX century and the emergence of Schleswig national political movement for the unification of Denmark and Norway into a single state.

GEOGRAPHY Geography Scandinavia diverse. Remarkable Norwegian fjords, Scandinavian mountains, flat, low-lying areas in Denmark and the archipelagos of Sweden and Norway. In Sweden, there are many lakes and moraines, which are the heritage of the Ice Age.

Mythology Fenrir - in Norse mythology huge wolf, son of Loki and Angrboða. The enemy of the gods Fenrir was the youngest of the children of Loki. Originally gods considered it dangerous enough and allowed to live in Asgard. Wolf grew up among the aces, and became so great and horrible that feed it only dared Tyr (god of military courage). To protect themselves, decided to tie up aces Fenrir chain, but the mighty wolf tore easily the strongest chain. Eventually aces trick still managed to forge a magic chain Fenrir Gleypnir that gnomes made from the noise of the cat steps female beard, roots of the mountains, the bear lived fish respiration and bird saliva. All of this is no more in the world. Gleypnir was thin and soft as silk. But the wolf allowed to put on this circuit, Churu people had to put his hand into his mouth as a sign of lack of evil intent. When Fenrir could not escape, he bit off Tyr's hand. Asa was chained to a rock Fenrir deep underground, and thrust his sword between his jaws.

LANGUAGES- Scandinavian languages - Swedish, Danish and Norwegian - evolved from the Old Norse language and belongs to the northern branch of the Germanic language group. Most dialects of Norwegian, Danish languages are mutually intelligible. In the north of Scandinavia live media Finnish and Sami languages.

Thank you for watching