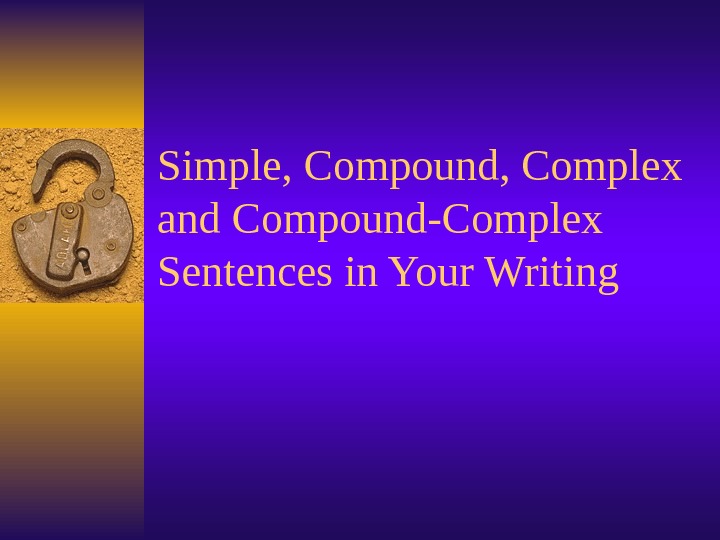 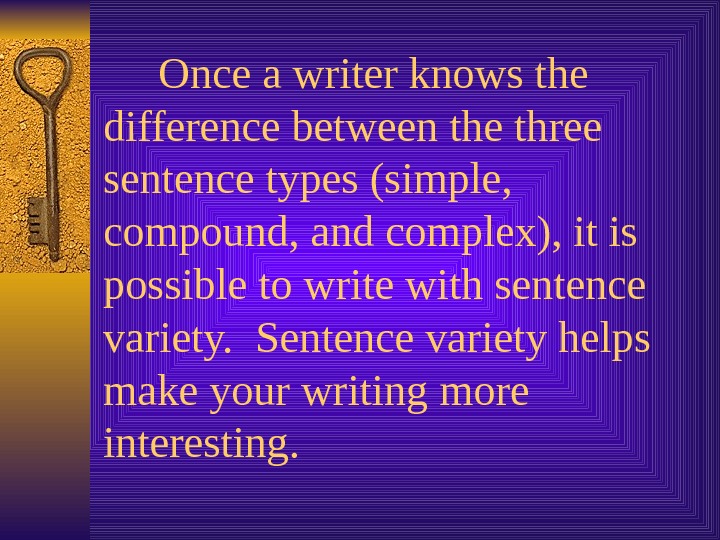 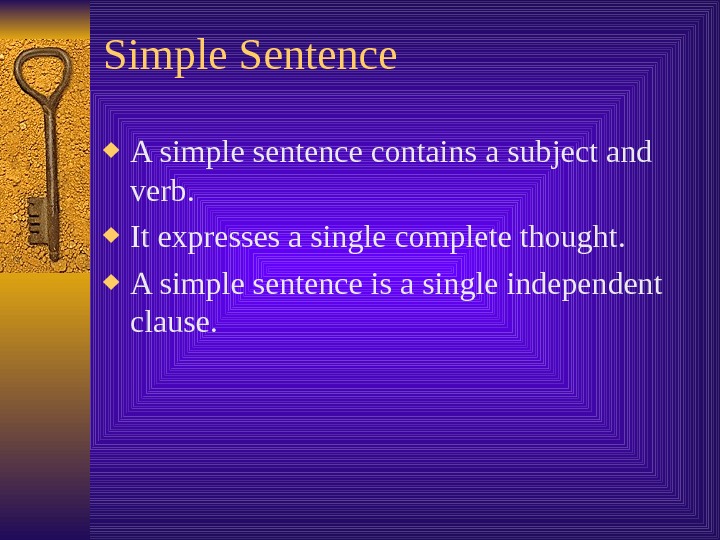 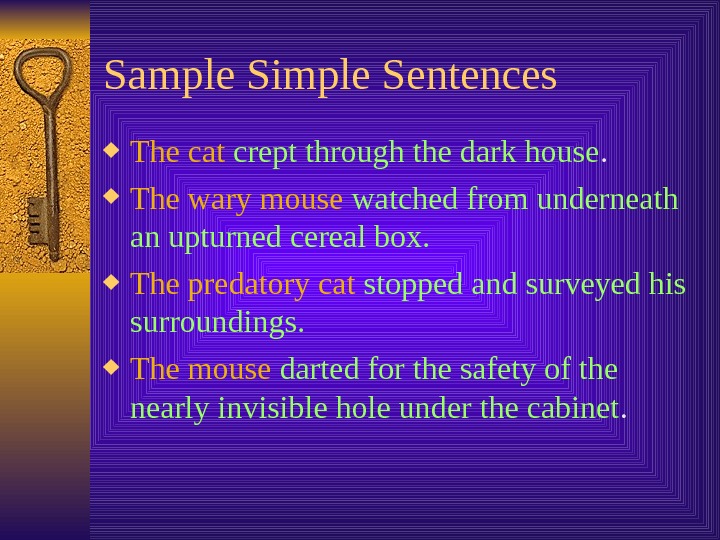 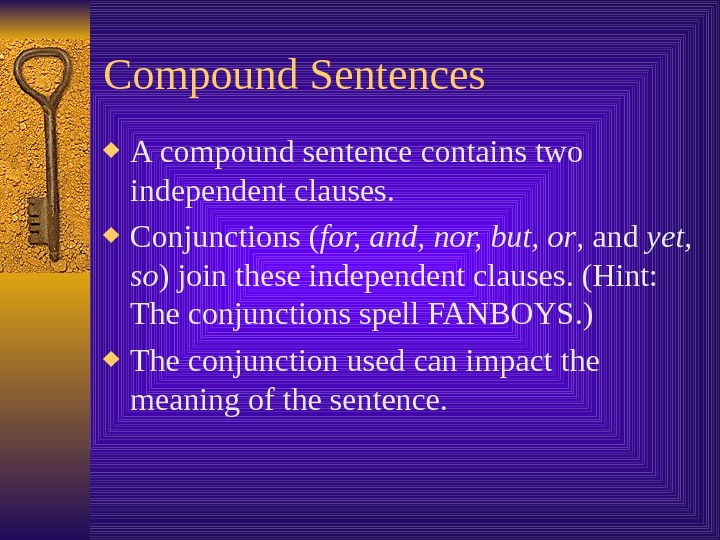 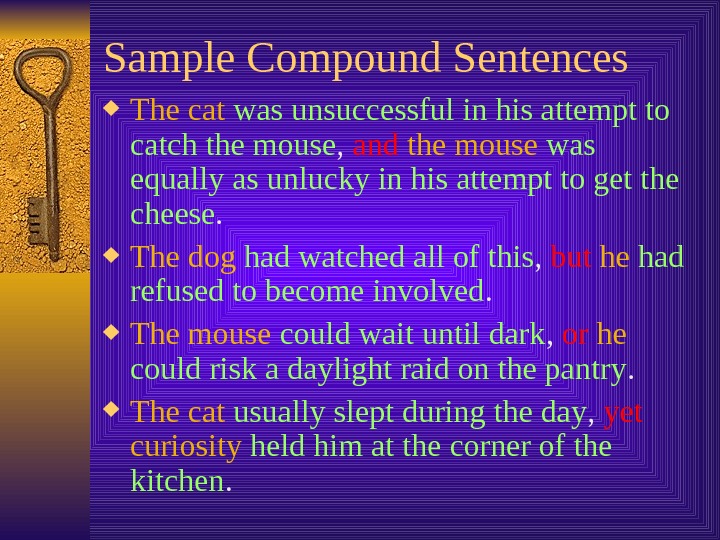 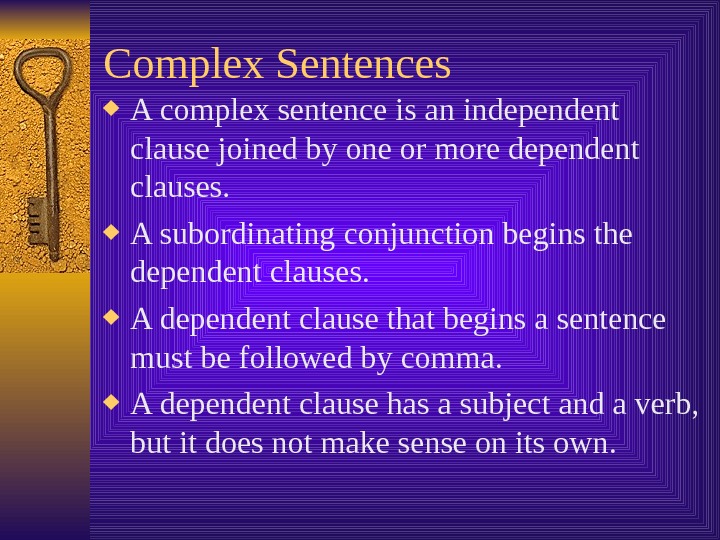 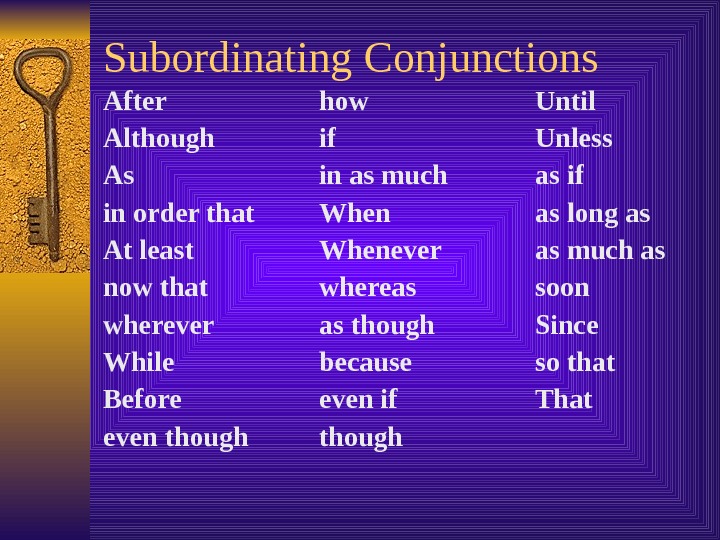 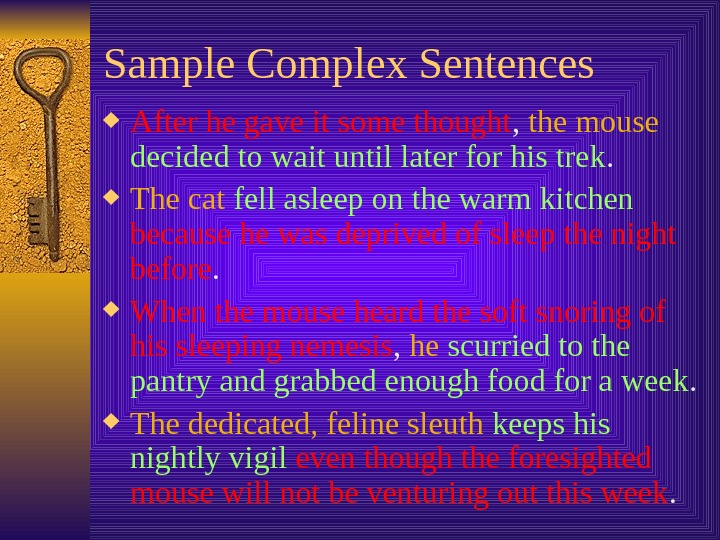 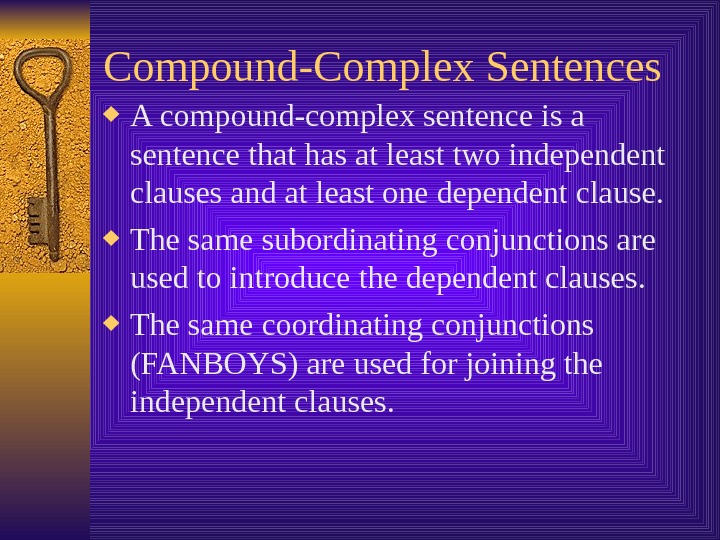 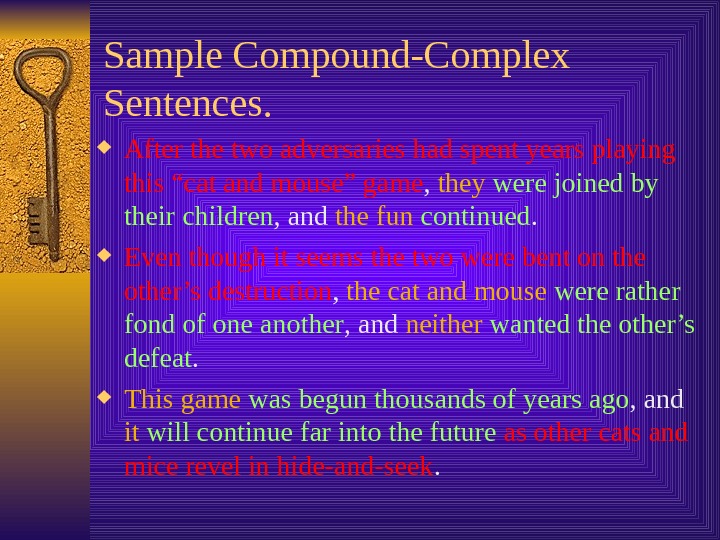 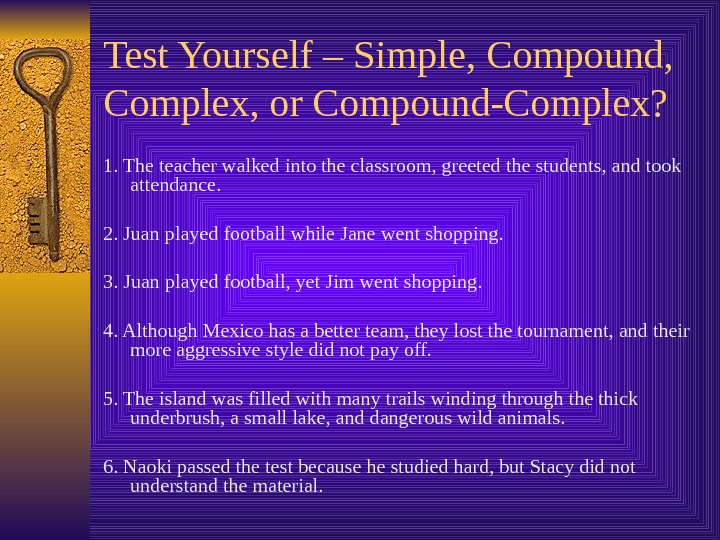 Скачать презентацию Simple, Compound, Complex and Compound-Complex Sentences in Your

Simple, Compound, Complex and Compound-Complex Sentences in Your Writing

Once a writer knows the difference between the three sentence types (simple, compound, and complex), it is possible to write with sentence variety. Sentence variety helps make your writing more interesting.

Sample Simple Sentences The cat crept through the dark house. The wary mouse watched from underneath an upturned cereal box. The predatory cat stopped and surveyed his surroundings. The mouse darted for the safety of the nearly invisible hole under the cabinet.

Sample Compound Sentences The cat was unsuccessful in his attempt to catch the mouse , and the mouse was equally as unlucky in his attempt to get the cheese. The dog had watched all of this , but he had refused to become involved. The mouse could wait until dark , or he could risk a daylight raid on the pantry. The cat usually slept during the day , yet curiosity held him at the corner of the kitchen.

Sample Complex Sentences After he gave it some thought , the mouse decided to wait until later for his trek. The cat fell asleep on the warm kitchen because he was deprived of sleep the night before. When the mouse heard the soft snoring of his sleeping nemesis , he scurried to the pantry and grabbed enough food for a week. The dedicated, feline sleuth keeps his nightly vigil even though the foresighted mouse will not be venturing out this week.

Sample Compound-Complex Sentences. After the two adversaries had spent years playing this “cat and mouse” game , they were joined by their children , and the fun continued. Even though it seems the two were bent on the other’s destruction , the cat and mouse were rather fond of one another , and neither wanted the other’s defeat. This game was begun thousands of years ago , and it will continue far into the future as other cats and mice revel in hide-and-seek.

Test Yourself – Simple, Compound, Complex, or Compound-Complex? 1. The teacher walked into the classroom, greeted the students, and took attendance. 2. Juan played football while Jane went shopping. 3. Juan played football, yet Jim went shopping. 4. Although Mexico has a better team, they lost the tournament, and their more aggressive style did not pay off. 5. The island was filled with many trails winding through the thick underbrush, a small lake, and dangerous wild animals. 6. Naoki passed the test because he studied hard, but Stacy did not understand the material.