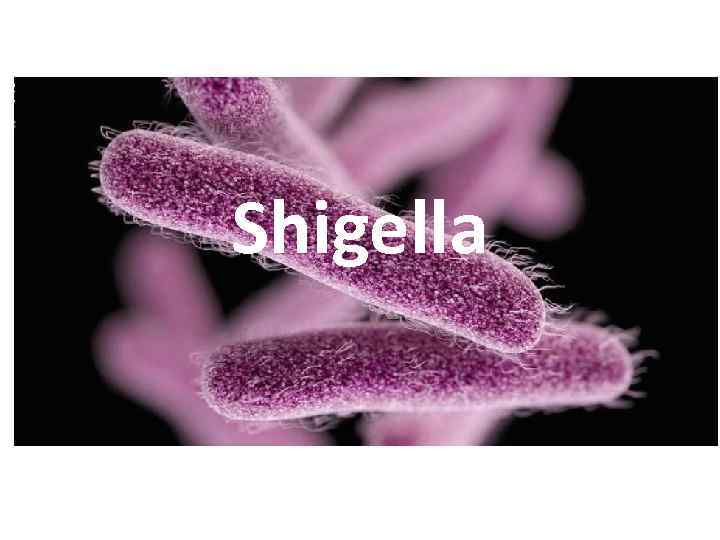 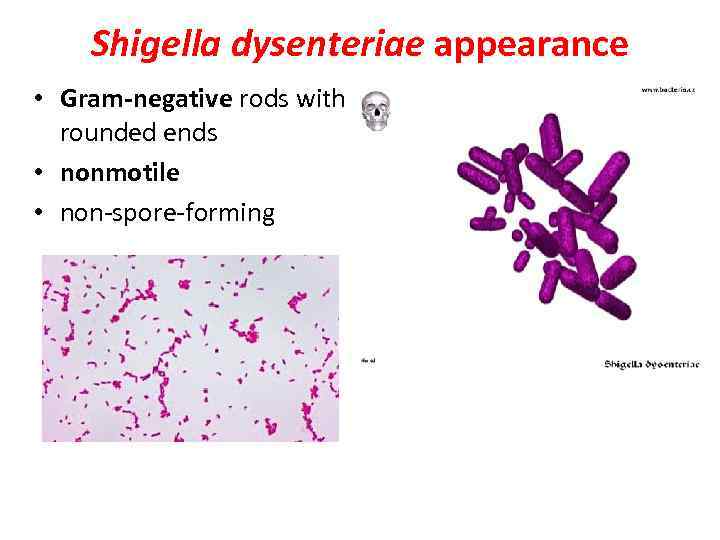 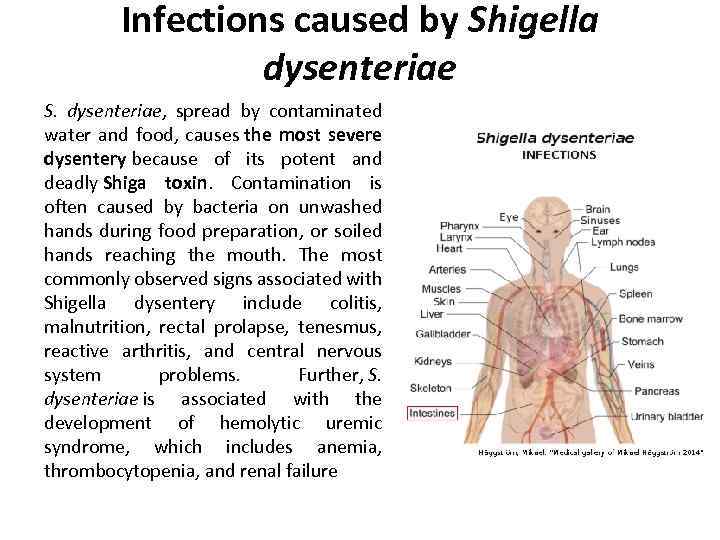 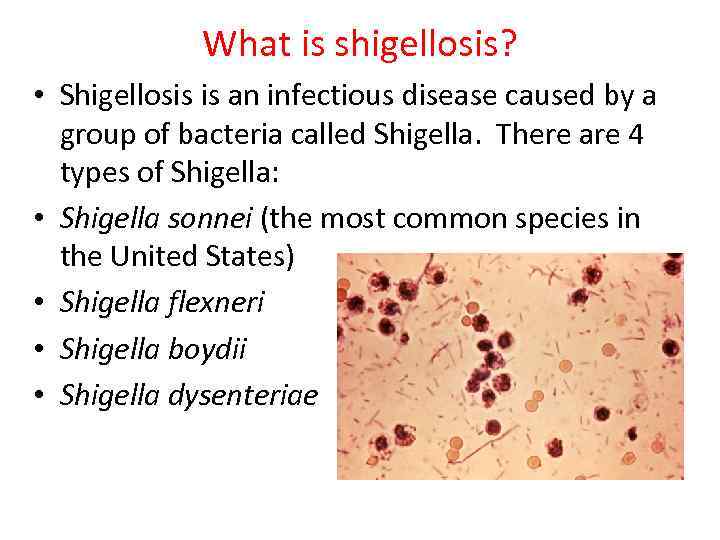 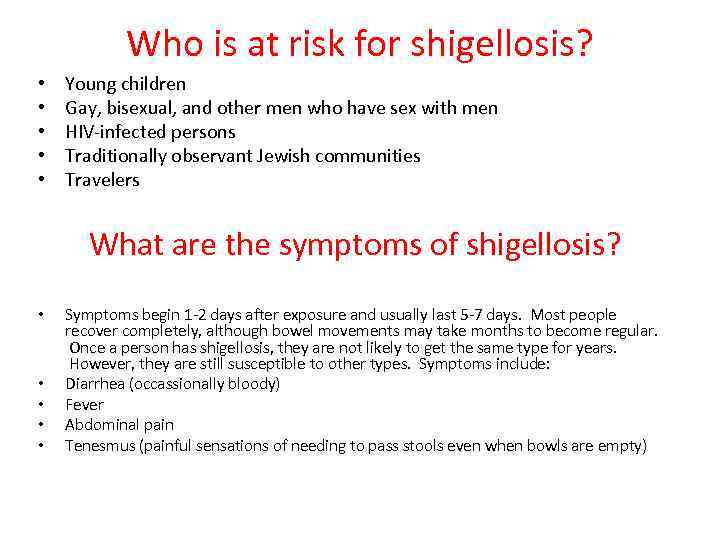 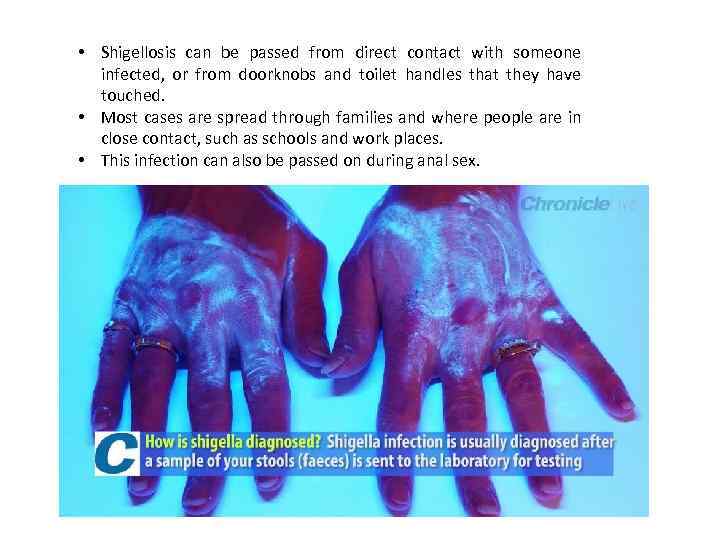 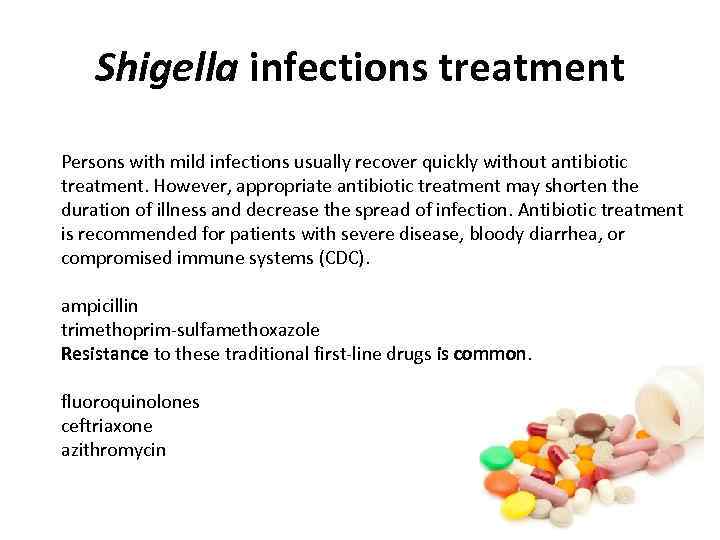 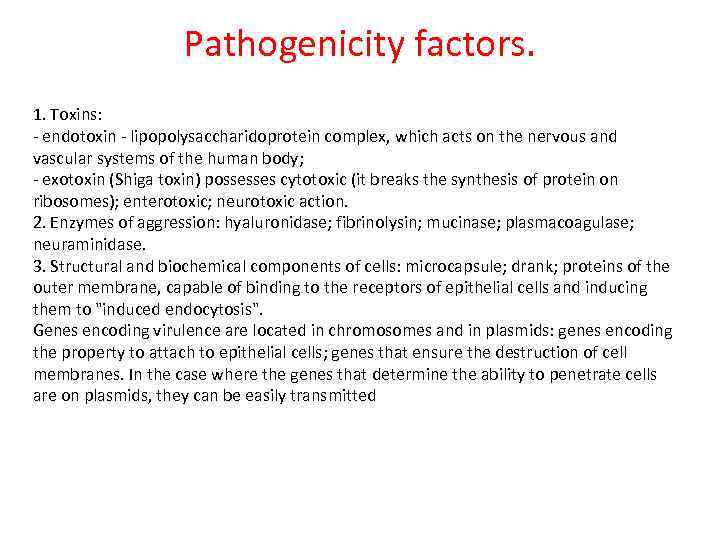 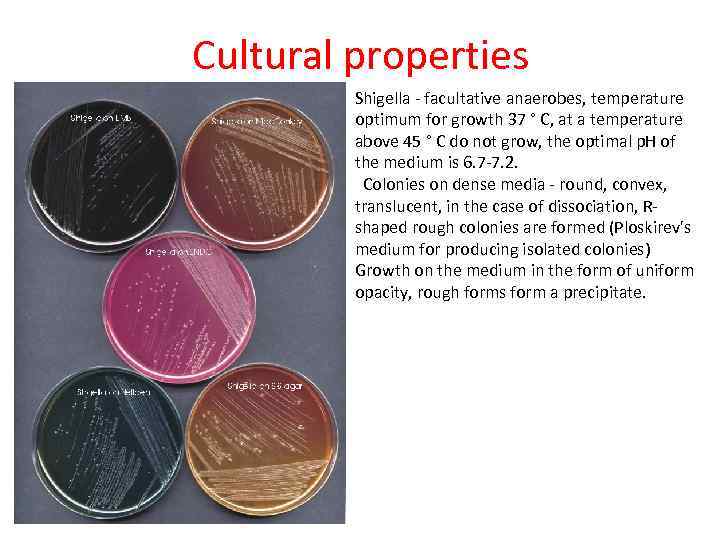 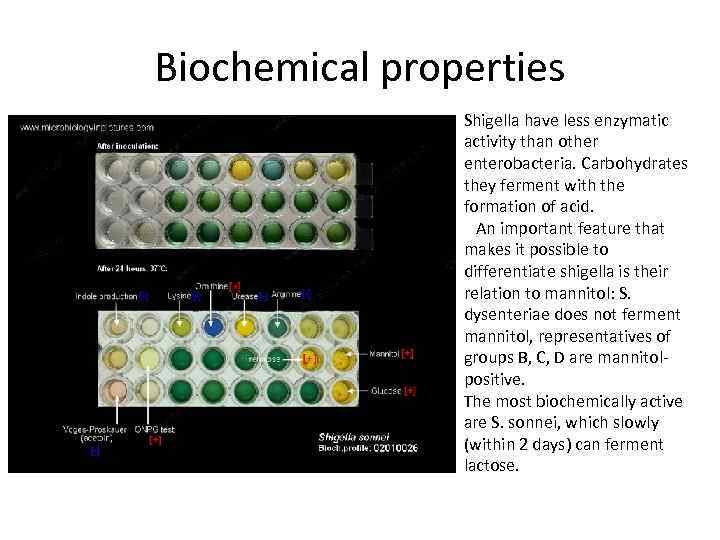 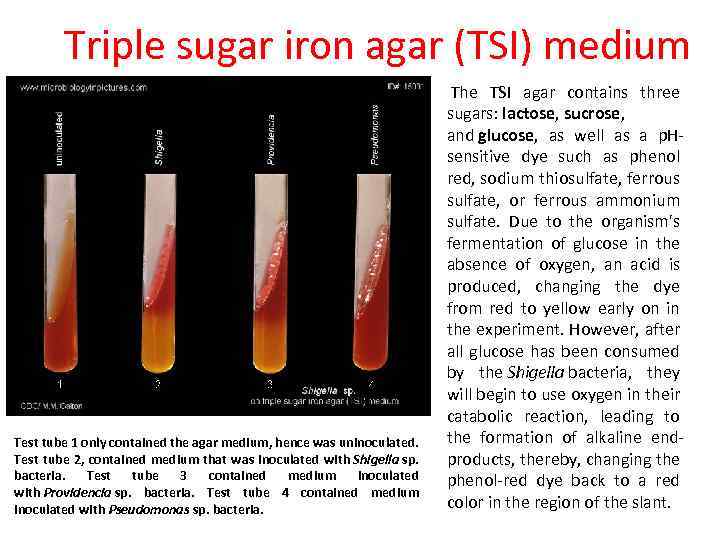 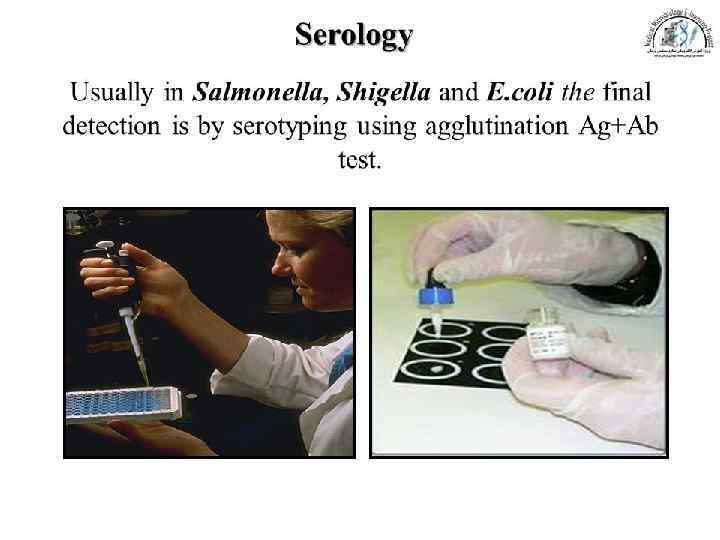 Infections caused by Shigella dysenteriae S. dysenteriae, spread by contaminated water and food, causes the most severe dysentery because of its potent and deadly Shiga toxin. Contamination is often caused by bacteria on unwashed hands during food preparation, or soiled hands reaching the mouth. The most commonly observed signs associated with Shigella dysentery include colitis, malnutrition, rectal prolapse, tenesmus, reactive arthritis, and central nervous system problems. Further, S. dysenteriae is associated with the development of hemolytic uremic syndrome, which includes anemia, thrombocytopenia, and renal failure

What is shigellosis? • Shigellosis is an infectious disease caused by a group of bacteria called Shigella. There are 4 types of Shigella: • Shigella sonnei (the most common species in the United States) • Shigella flexneri • Shigella boydii • Shigella dysenteriae

Who is at risk for shigellosis? • • • Young children Gay, bisexual, and other men who have sex with men HIV-infected persons Traditionally observant Jewish communities Travelers What are the symptoms of shigellosis? • • • Symptoms begin 1 -2 days after exposure and usually last 5 -7 days. Most people recover completely, although bowel movements may take months to become regular. Once a person has shigellosis, they are not likely to get the same type for years. However, they are still susceptible to other types. Symptoms include: Diarrhea (occassionally bloody) Fever Abdominal pain Tenesmus (painful sensations of needing to pass stools even when bowls are empty)

Pathogenicity factors. 1. Toxins: - endotoxin - lipopolysaccharidoprotein complex, which acts on the nervous and vascular systems of the human body; - exotoxin (Shiga toxin) possesses cytotoxic (it breaks the synthesis of protein on ribosomes); enterotoxic; neurotoxic action. 2. Enzymes of aggression: hyaluronidase; fibrinolysin; mucinase; plasmacoagulase; neuraminidase. 3. Structural and biochemical components of cells: microcapsule; drank; proteins of the outer membrane, capable of binding to the receptors of epithelial cells and inducing them to "induced endocytosis". Genes encoding virulence are located in chromosomes and in plasmids: genes encoding the property to attach to epithelial cells; genes that ensure the destruction of cell membranes. In the case where the genes that determine the ability to penetrate cells are on plasmids, they can be easily transmitted

Cultural properties Shigella - facultative anaerobes, temperature optimum for growth 37 ° C, at a temperature above 45 ° C do not grow, the optimal p. H of the medium is 6. 7 -7. 2. Colonies on dense media - round, convex, translucent, in the case of dissociation, Rshaped rough colonies are formed (Ploskirev's medium for producing isolated colonies) Growth on the medium in the form of uniform opacity, rough forms form a precipitate.

Biochemical properties Shigella have less enzymatic activity than other enterobacteria. Carbohydrates they ferment with the formation of acid. An important feature that makes it possible to differentiate shigella is their relation to mannitol: S. dysenteriae does not ferment mannitol, representatives of groups B, C, D are mannitolpositive. The most biochemically active are S. sonnei, which slowly (within 2 days) can ferment lactose.

Triple sugar iron agar (TSI) medium Test tube 1 only contained the agar medium, hence was uninoculated. Test tube 2, contained medium that was inoculated with Shigella sp. bacteria. Test tube 3 contained medium inoculated with Providencia sp. bacteria. Test tube 4 contained medium inoculated with Pseudomonas sp. bacteria. The TSI agar contains three sugars: lactose, sucrose, and glucose, as well as a p. Hsensitive dye such as phenol red, sodium thiosulfate, ferrous sulfate, or ferrous ammonium sulfate. Due to the organism's fermentation of glucose in the absence of oxygen, an acid is produced, changing the dye from red to yellow early on in the experiment. However, after all glucose has been consumed by the Shigella bacteria, they will begin to use oxygen in their catabolic reaction, leading to the formation of alkaline endproducts, thereby, changing the phenol-red dye back to a red color in the region of the slant.