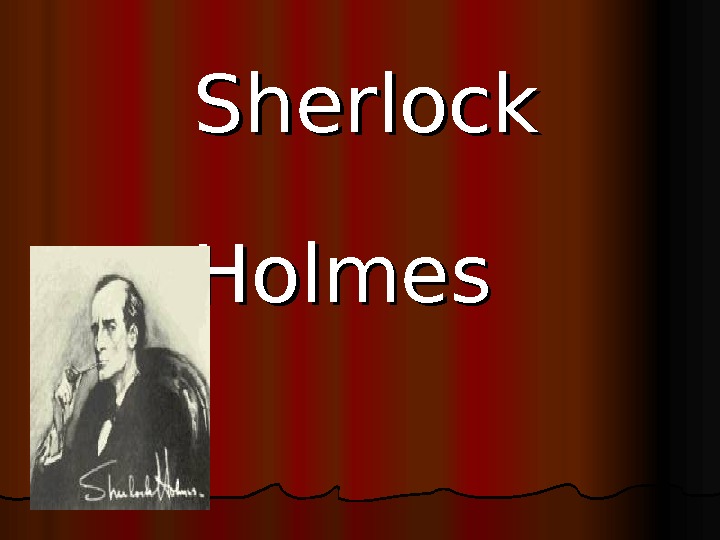 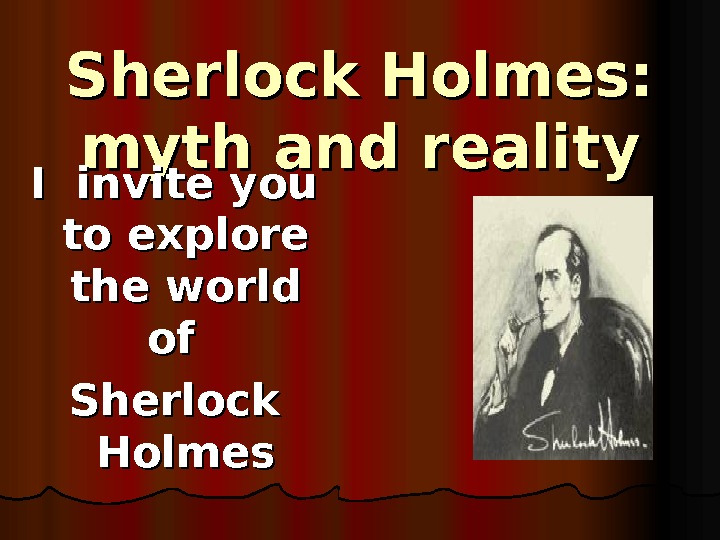 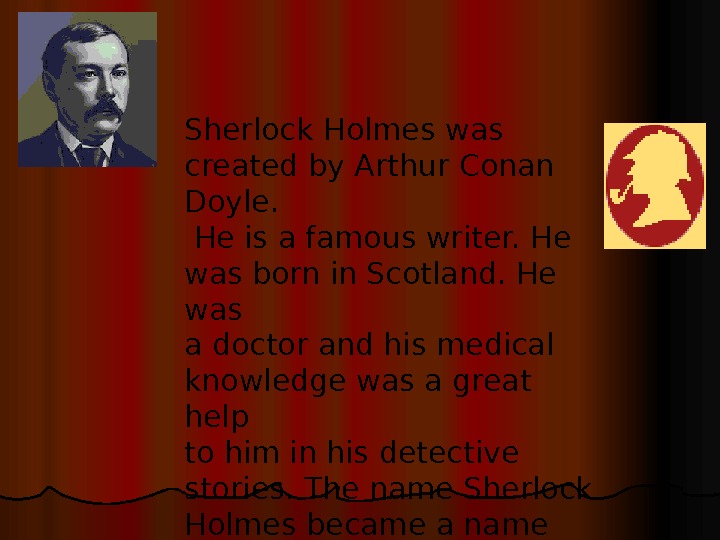 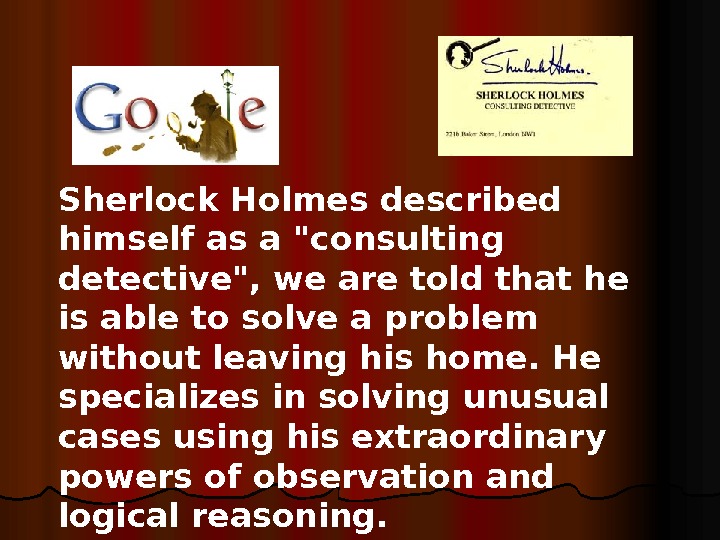 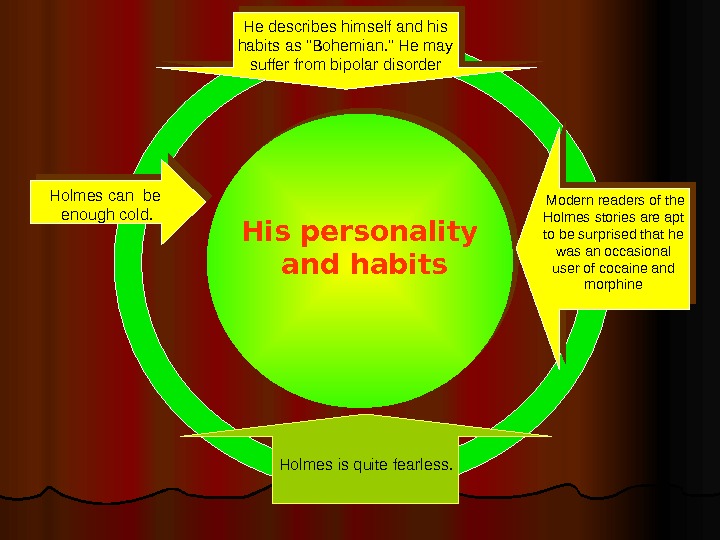 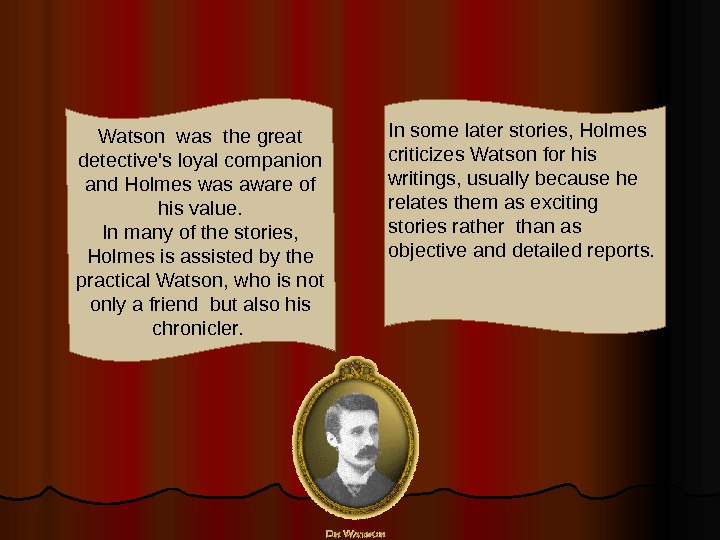 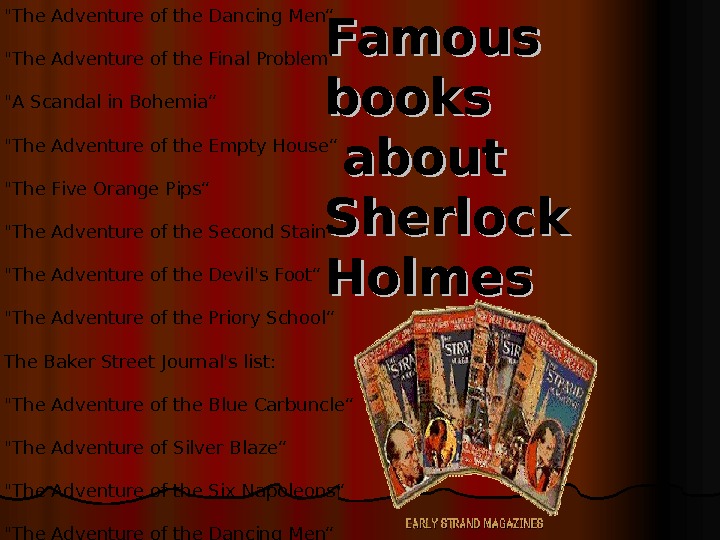 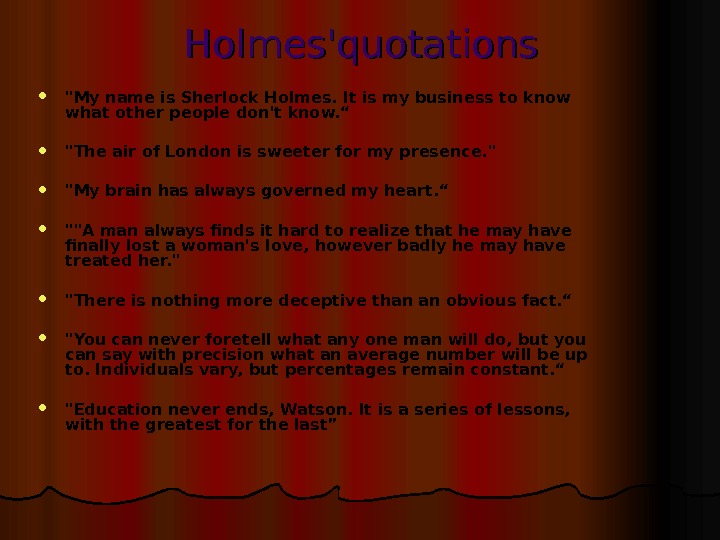 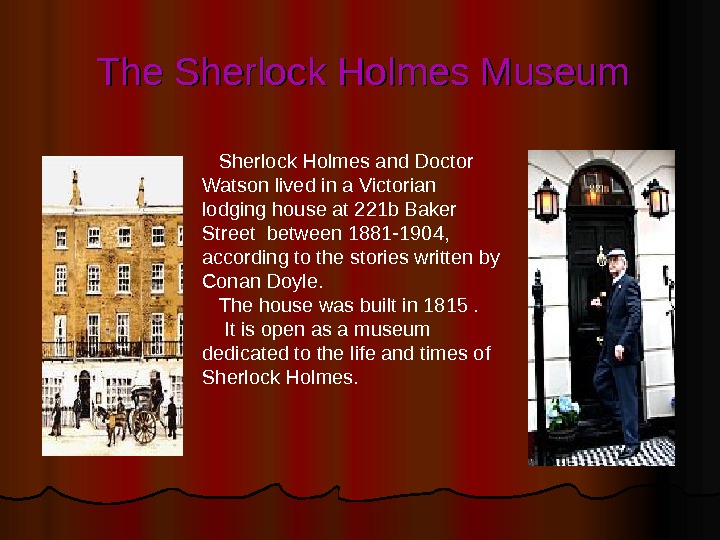 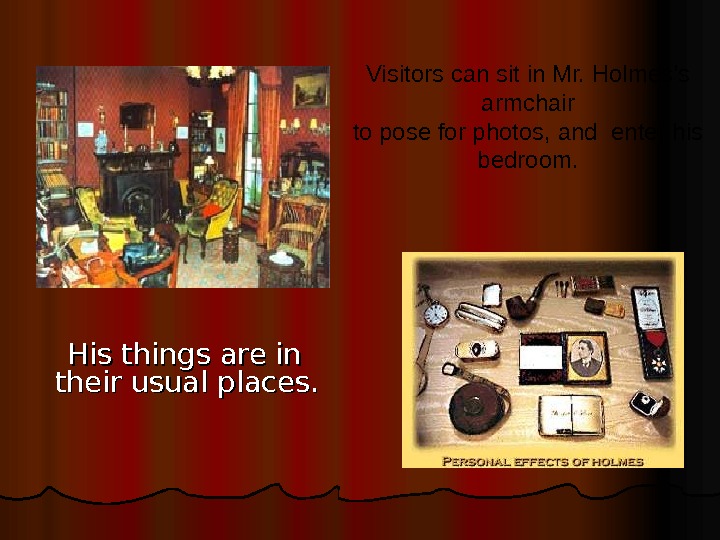 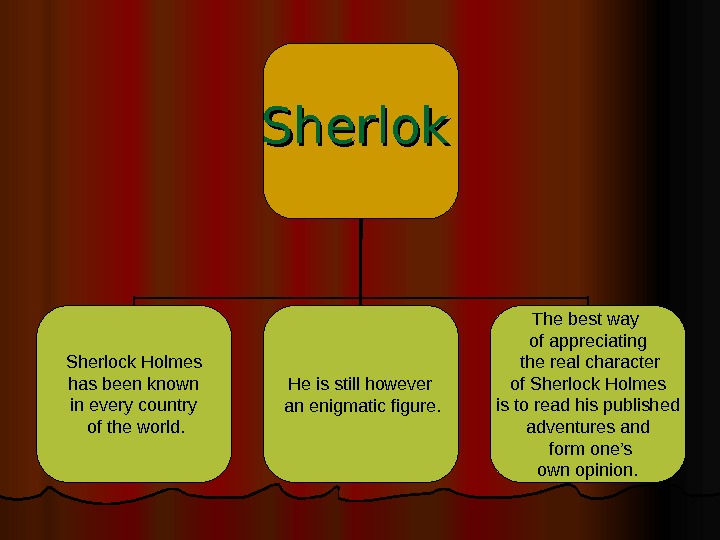 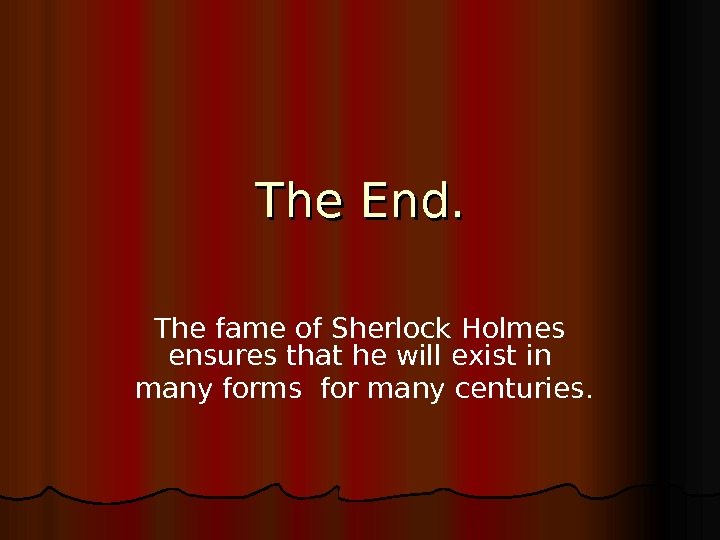 Sherlock Holmes was created by Arthur Conan Doyle. He is a famous writer. He was born in Scotland. He was а doctor and his medical knowledge was a great help to him in his detective stories. The name Sherlock Holmes became a name that everybody knew.

Sherlock Holmes described himself as a «consulting detective», we are told that he is able to solve a problem without leaving his home. He specializes in solving unusual cases using his extraordinary powers of observation and logical reasoning.

His personality and habits. Holmes can be enough cold. He describes himself and his habits as «Bohemian. » He may suffer from bipolar disorder Modern readers of the Holmes stories are apt to be surprised that he was an occasional user of cocaine and morphine Holmes is quite fearless.

In some later stories, Holmes criticizes Watson for his writings, usually because he relates them as exciting stories rather than as objective and detailed reports. Watson was the great detective’s loyal companion and Holmes was aware of his value. In many of the stories, Holmes is assisted by the practical Watson, who is not only a friend but also his chronicler.

Holmes’quotations «My name is Sherlock Holmes. It is my business to know what other people don’t know. “ «The air of London is sweeter for my presence. » «My brain has always governed my heart. “ «»A man always finds it hard to realize that he may have finally lost a woman’s love, however badly he may have treated her. » «There is nothing more deceptive than an obvious fact. “ «You can never foretell what any one man will do, but you can say with precision what an average number will be up to. Individuals vary, but percentages remain constant. “ «Education never ends, Watson. It is a series of lessons, with the greatest for the last”

Sherlock Holmes and Doctor Watson lived in a Victorian lodging house at 221 b Baker Street between 1881 -1904, according to the stories written by Conan Doyle. The house was built in 1815. It is open as a museum dedicated to the life and times of Sherlock Holmes. The Sherlock Holmes Museum

His things are in their usual places. Visitors can sit in Mr. Holmes’s armchair to pose for photos, and enter his bedroom.

Sherlock Holmes has been known in every country of the world. He is still however an enigmatic figure. The best way of appreciating the real character of Sherlock Holmes is to read his published adventures and form one’s own opinion. Sherlok

The End. The fame of Sherlock Holmes ensures that he will exist in many forms for many centuries.