Sex discrimination Has executed the student of the 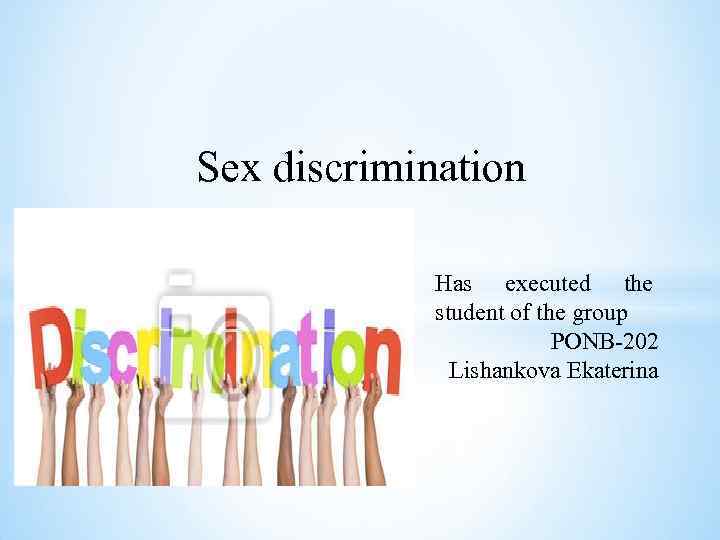 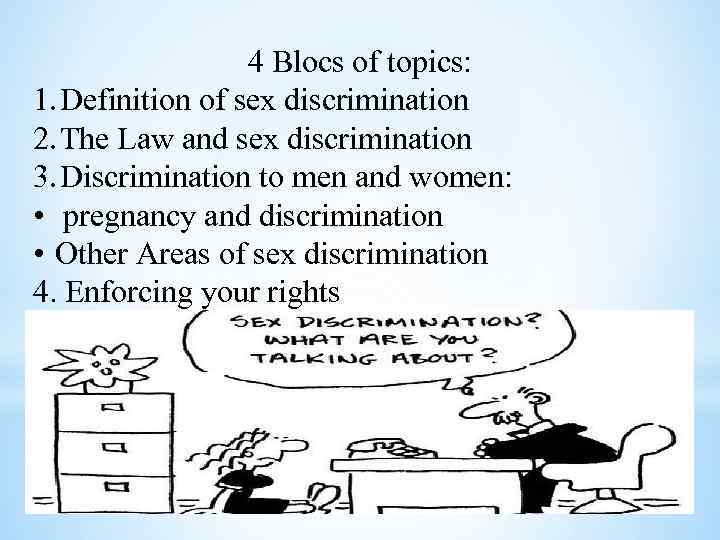 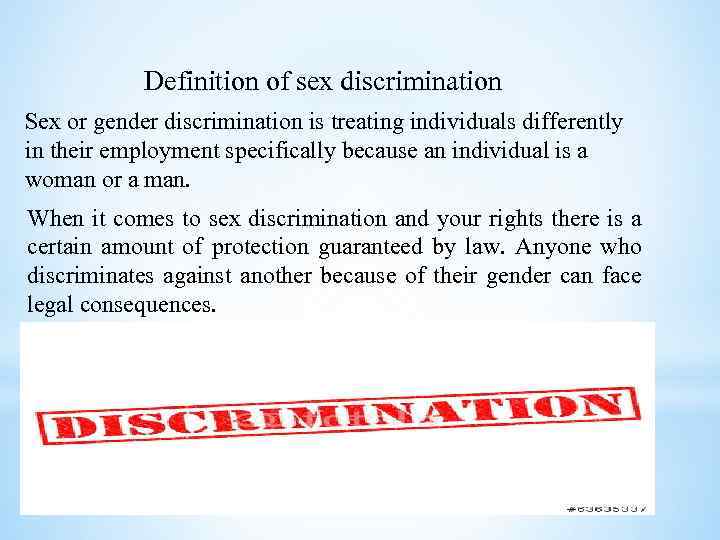 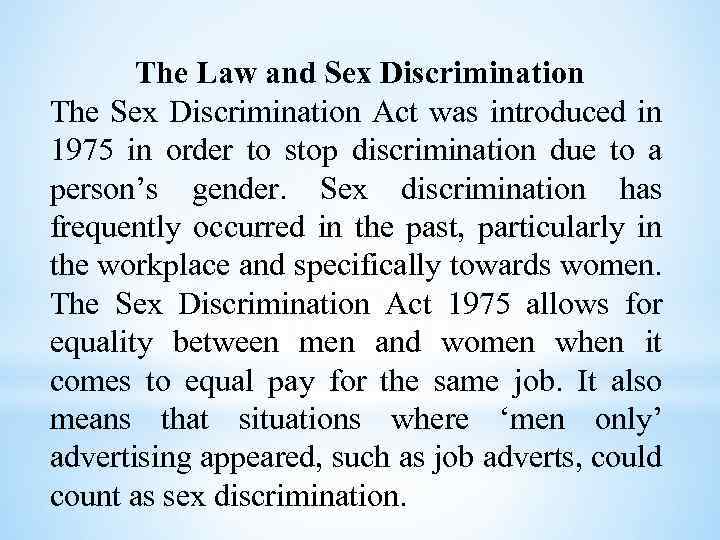 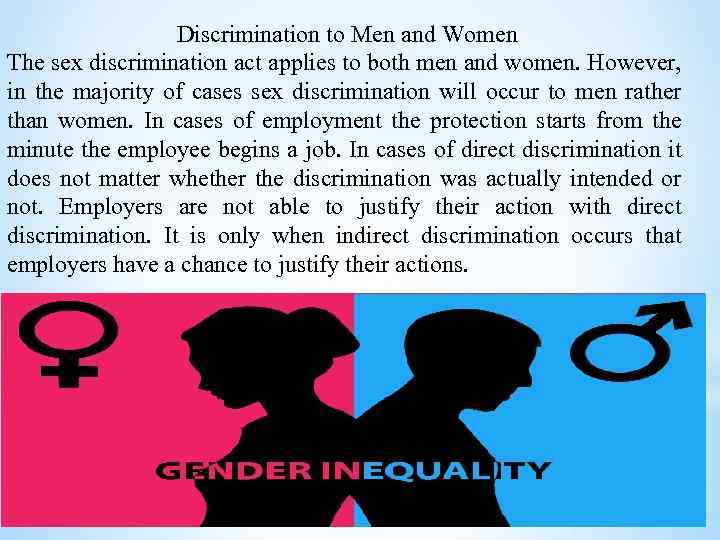 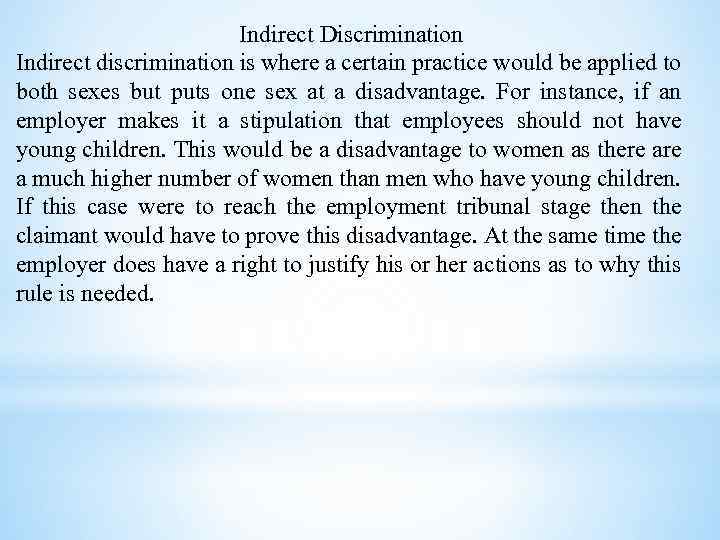 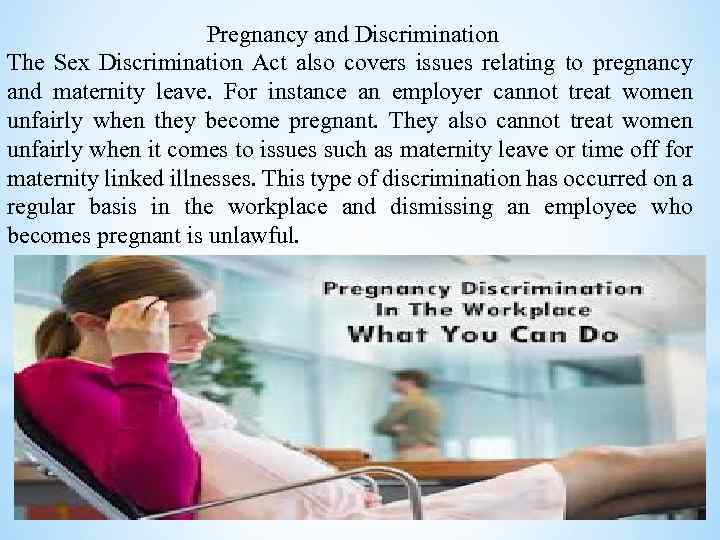 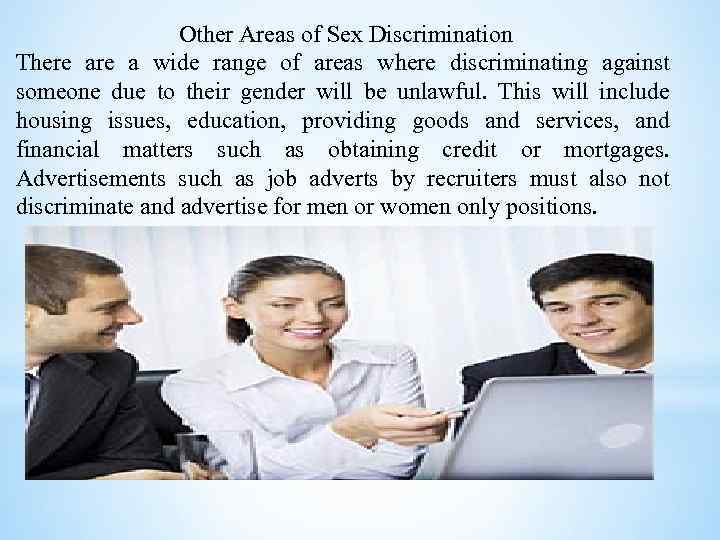 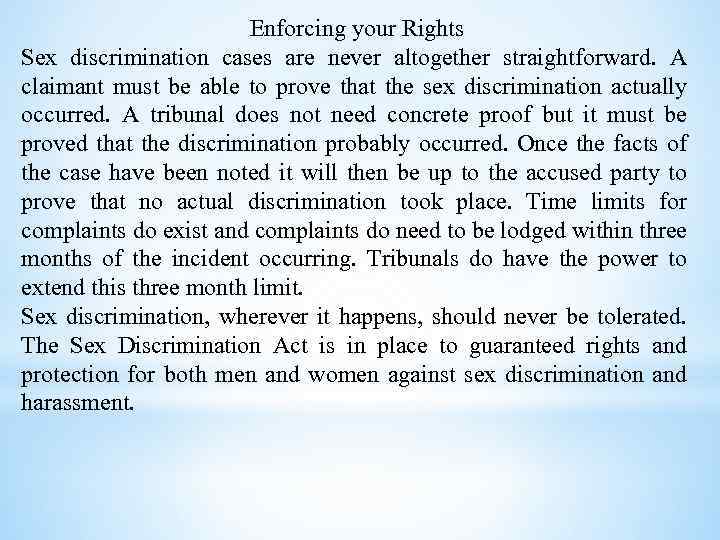 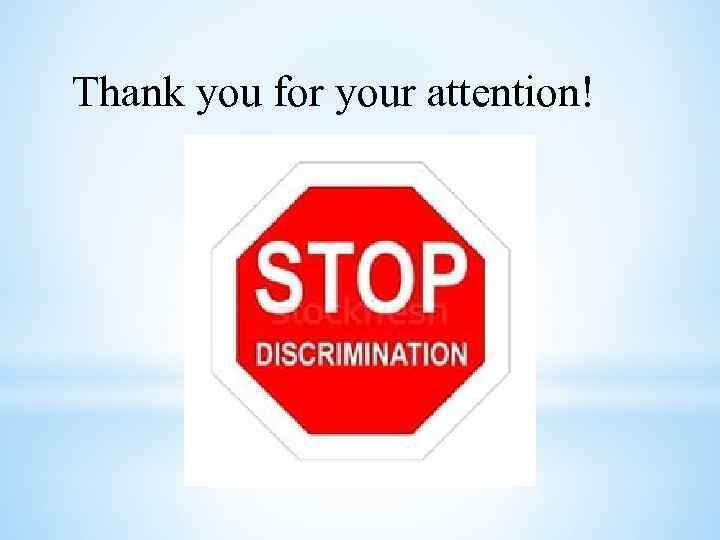 Скачать презентацию Sex discrimination Has executed the student of the

Definition of sex discrimination Sex or gender discrimination is treating individuals differently in their employment specifically because an individual is a woman or a man. When it comes to sex discrimination and your rights there is a certain amount of protection guaranteed by law. Anyone who discriminates against another because of their gender can face legal consequences.

Indirect Discrimination Indirect discrimination is where a certain practice would be applied to both sexes but puts one sex at a disadvantage. For instance, if an employer makes it a stipulation that employees should not have young children. This would be a disadvantage to women as there a much higher number of women than men who have young children. If this case were to reach the employment tribunal stage then the claimant would have to prove this disadvantage. At the same time the employer does have a right to justify his or her actions as to why this rule is needed.

Other Areas of Sex Discrimination There a wide range of areas where discriminating against someone due to their gender will be unlawful. This will include housing issues, education, providing goods and services, and financial matters such as obtaining credit or mortgages. Advertisements such as job adverts by recruiters must also not discriminate and advertise for men or women only positions.