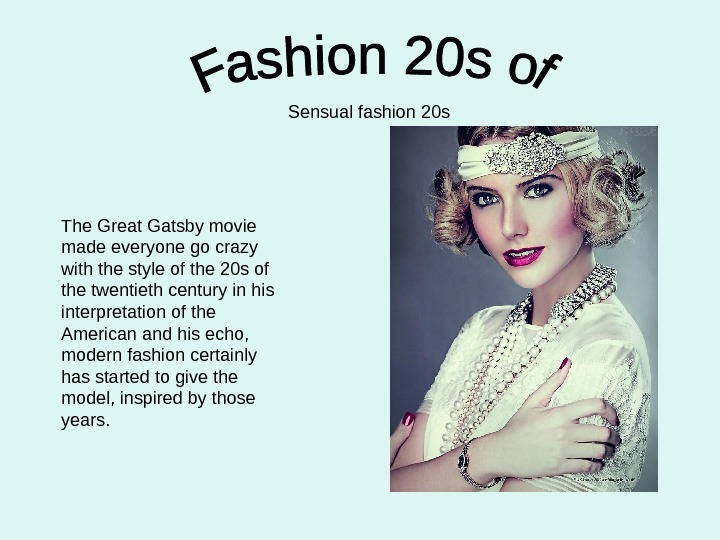 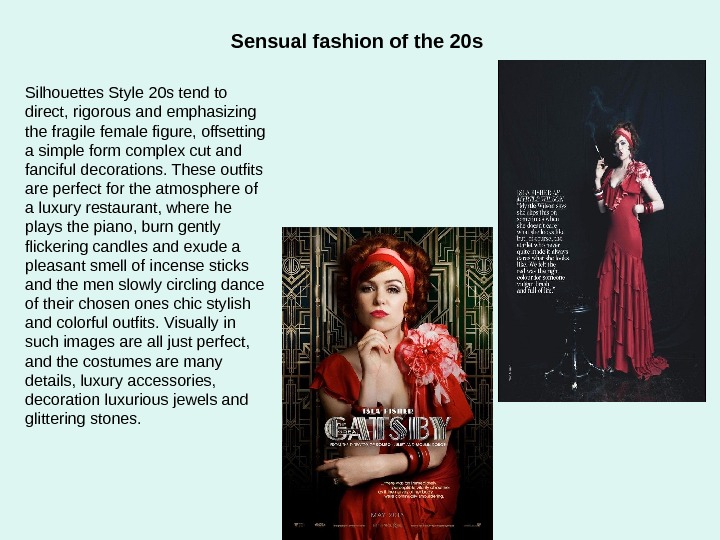 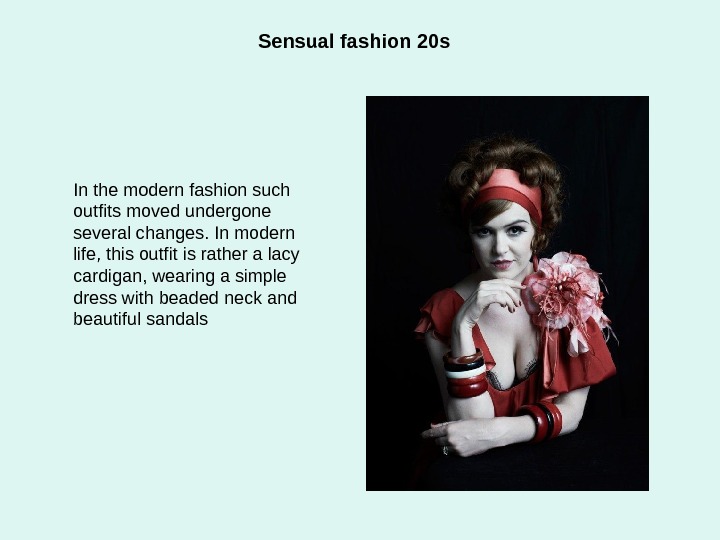 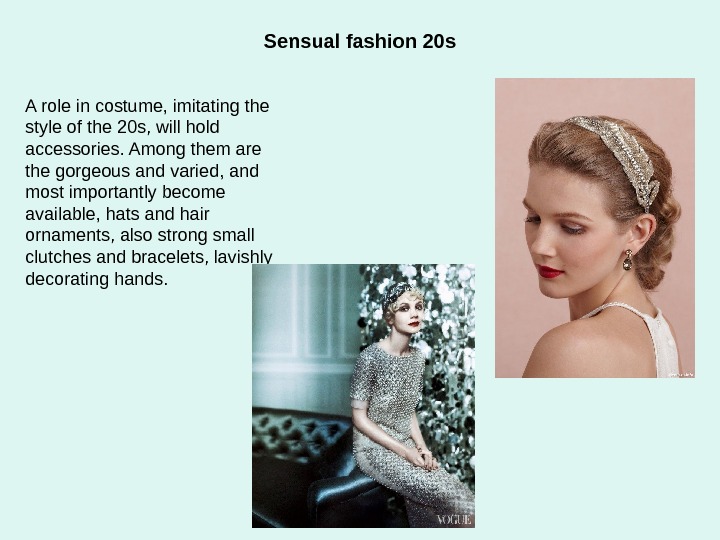 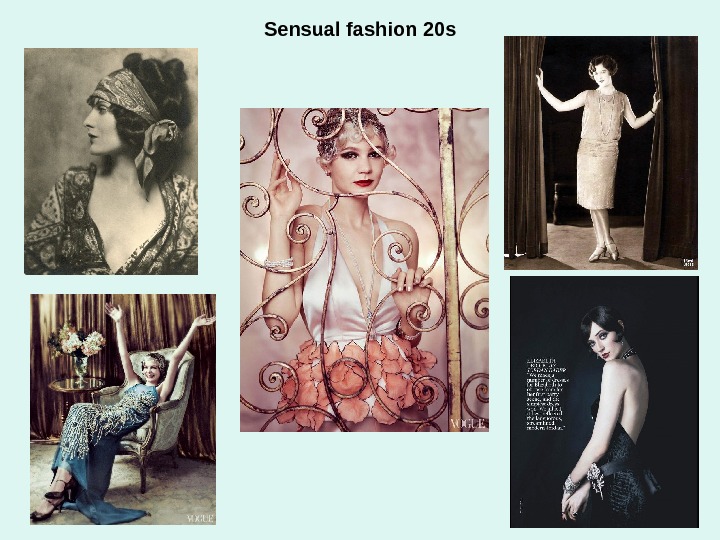 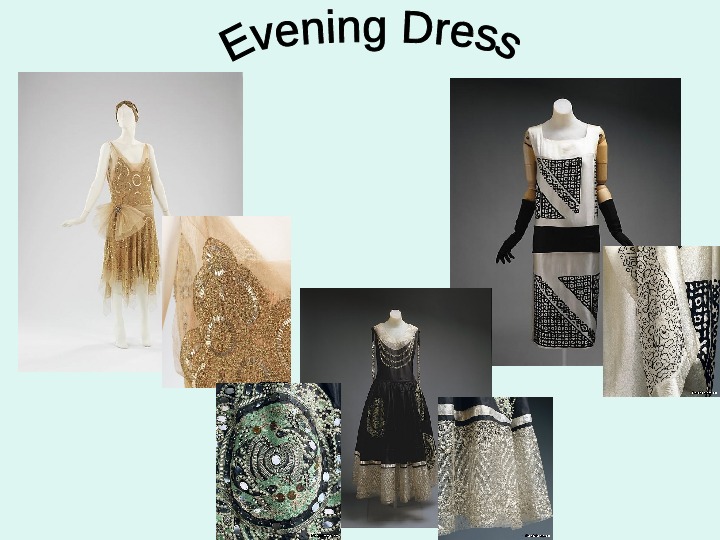 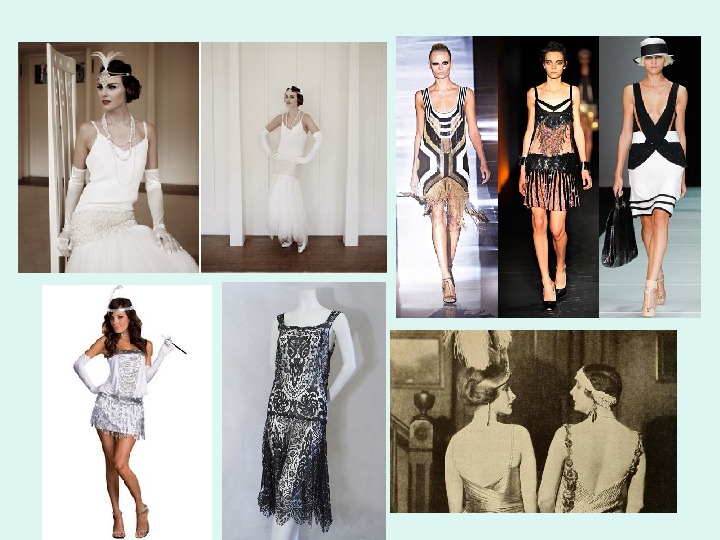 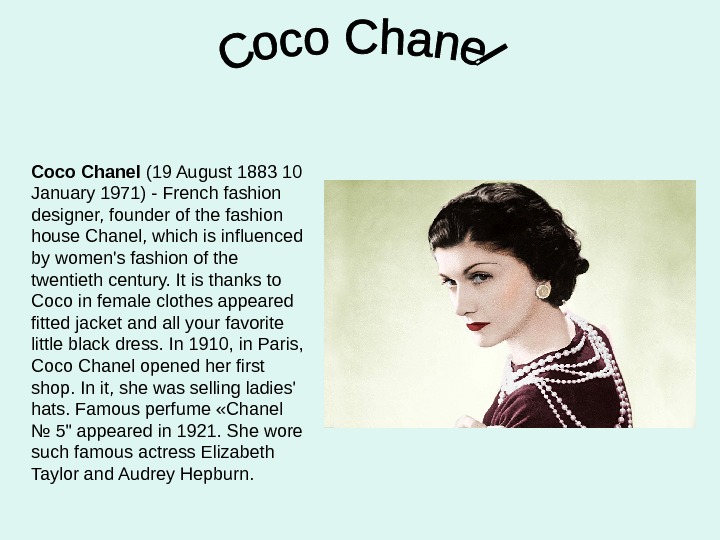 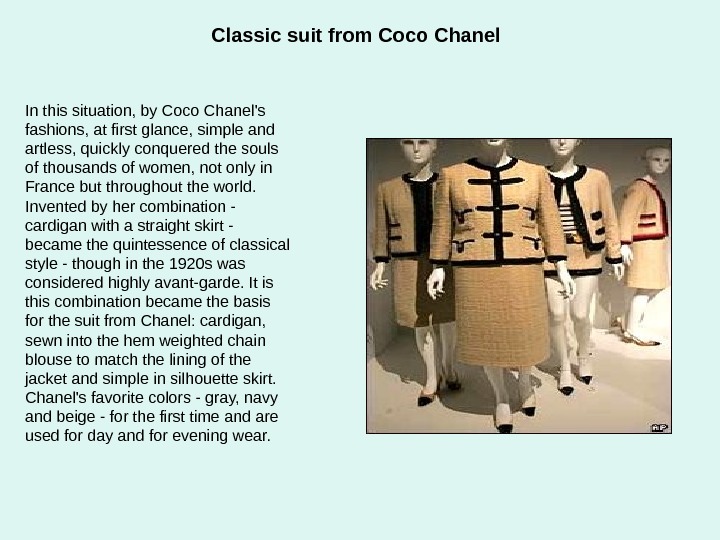 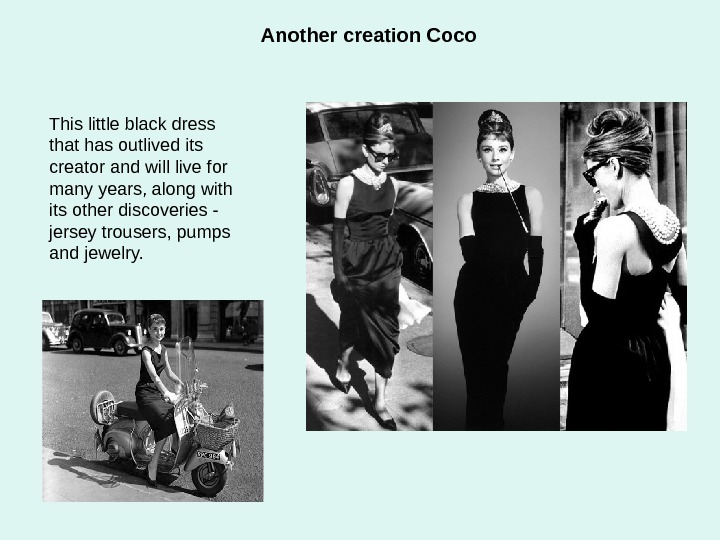 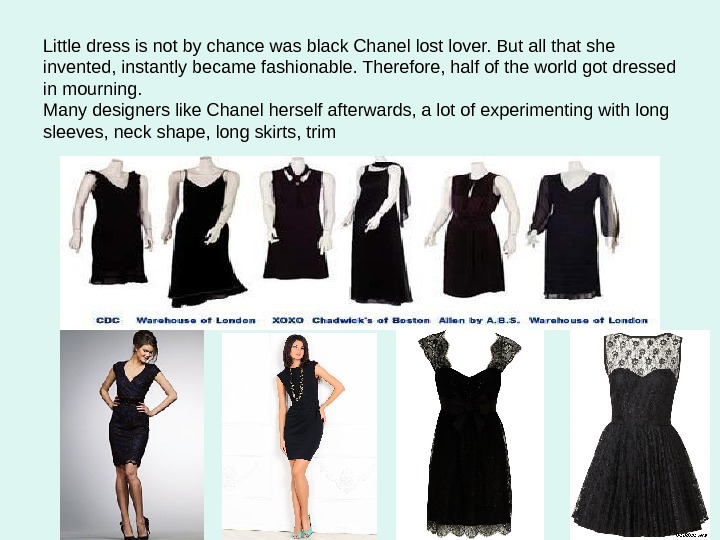 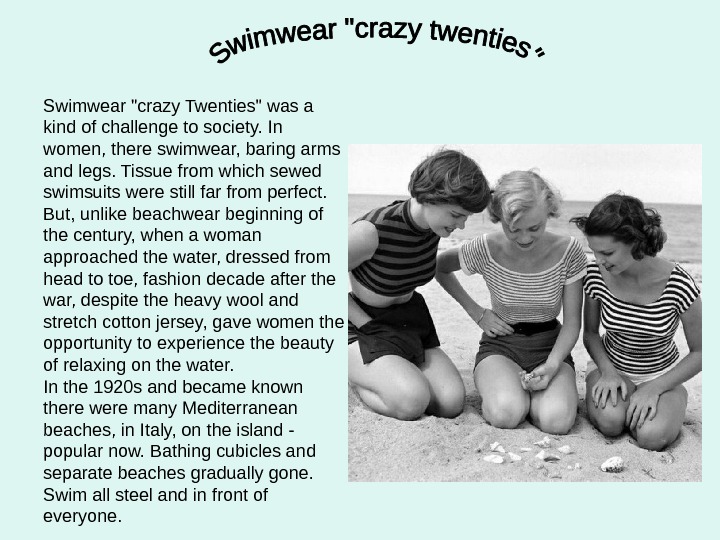 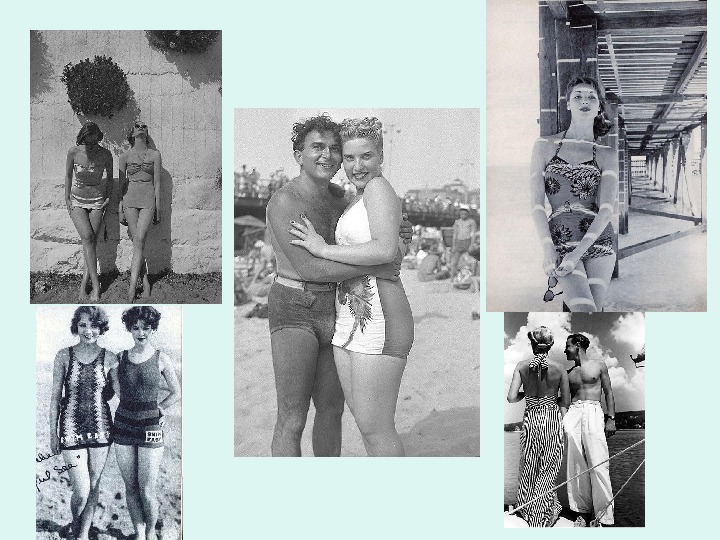 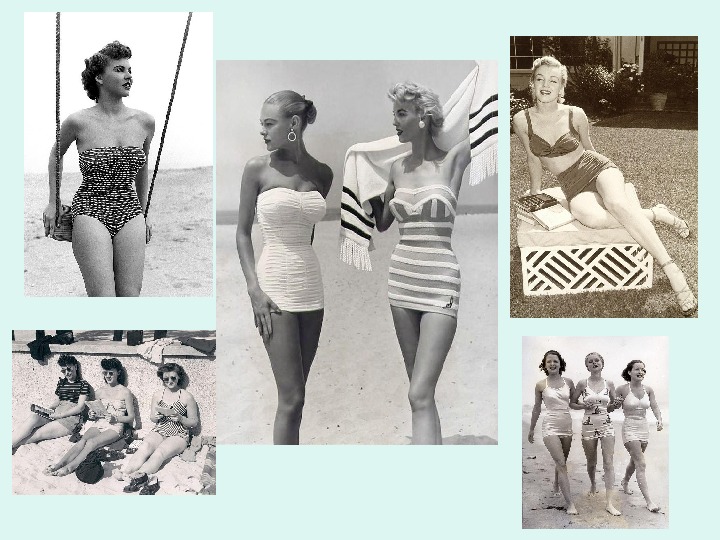 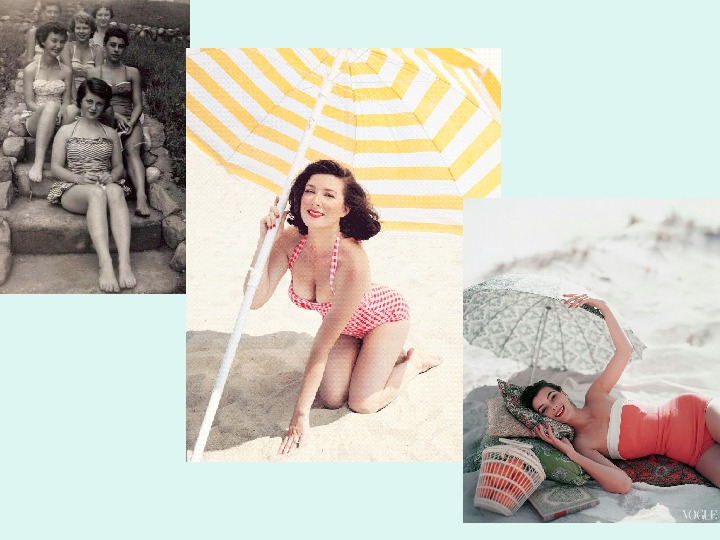 Sensual fashion 20 s The Great Gatsby movie made everyone go crazy with the style of the 20 s of the twentieth century in his interpretation of the American and his echo, modern fashion certainly has started to give the model, inspired by those years.

Sensual fashion of the 20 s Silhouettes Style 20 s tend to direct, rigorous and emphasizing the fragile female figure, offsetting a simple form complex cut and fanciful decorations. These outfits are perfect for the atmosphere of a luxury restaurant, where he plays the piano, burn gently flickering candles and exude a pleasant smell of incense sticks and the men slowly circling dance of their chosen ones chic stylish and colorful outfits. Visually in such images are all just perfect, and the costumes are many details, luxury accessories, decoration luxurious jewels and glittering stones.

Sensual fashion 20 s In the modern fashion such outfits moved undergone several changes. In modern life, this outfit is rather a lacy cardigan, wearing a simple dress with beaded neck and beautiful sandals

Sensual fashion 20 s A role in costume, imitating the style of the 20 s, will hold accessories. Among them are the gorgeous and varied, and most importantly become available, hats and hair ornaments, also strong small clutches and bracelets, lavishly decorating hands.

Coco Chanel (19 August 1883 10 January 1971) — French fashion designer, founder of the fashion house Chanel, which is influenced by women’s fashion of the twentieth century. It is thanks to Coco in female clothes appeared fitted jacket and all your favorite little black dress. In 1910, in Paris, Coco Chanel opened her first shop. In it, she was selling ladies’ hats. Famous perfume «Chanel № 5″ appeared in 1921. She wore such famous actress Elizabeth Taylor and Audrey Hepburn.

Classic suit from Coco Chanel In this situation, by Coco Chanel’s fashions, at first glance, simple and artless, quickly conquered the souls of thousands of women, not only in France but throughout the world. Invented by her combination — cardigan with a straight skirt — became the quintessence of classical style — though in the 1920 s was considered highly avant-garde. It is this combination became the basis for the suit from Chanel: cardigan, sewn into the hem weighted chain blouse to match the lining of the jacket and simple in silhouette skirt. Chanel’s favorite colors — gray, navy and beige — for the first time and are used for day and for evening wear.

Another creation Coco This little black dress that has outlived its creator and will live for many years, along with its other discoveries — jersey trousers, pumps and jewelry.

Little dress is not by chance was black Chanel lost lover. But all that she invented, instantly became fashionable. Therefore, half of the world got dressed in mourning. Many designers like Chanel herself afterwards, a lot of experimenting with long sleeves, neck shape, long skirts, trim

Swimwear «crazy Twenties» was a kind of challenge to society. In women, there swimwear, baring arms and legs. Tissue from which sewed swimsuits were still far from perfect. But, unlike beachwear beginning of the century, when a woman approached the water, dressed from head to toe, fashion decade after the war, despite the heavy wool and stretch cotton jersey, gave women the opportunity to experience the beauty of relaxing on the water. In the 1920 s and became known there were many Mediterranean beaches, in Italy, on the island — popular now. Bathing cubicles and separate beaches gradually gone. Swim all steel and in front of everyone.