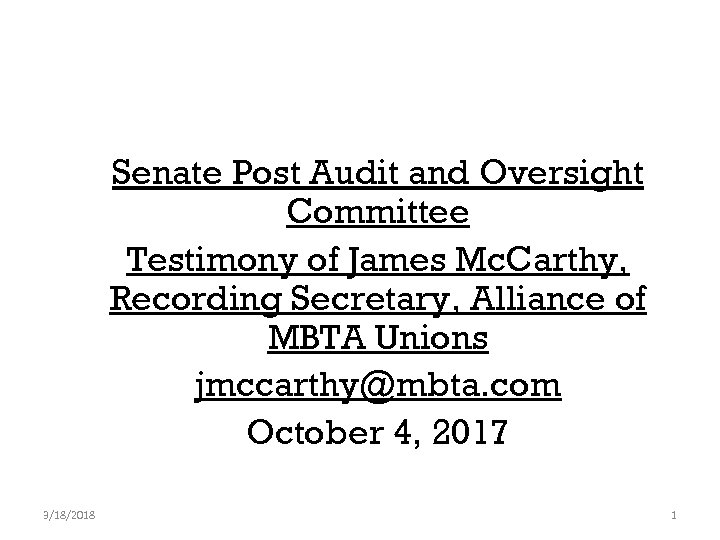 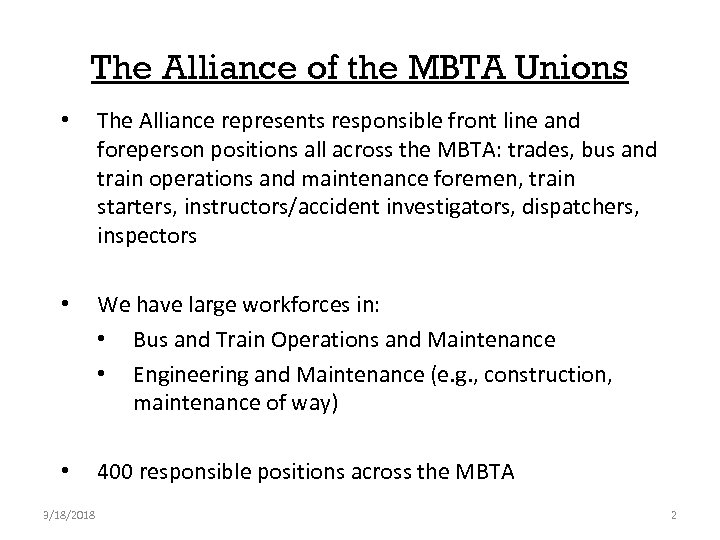 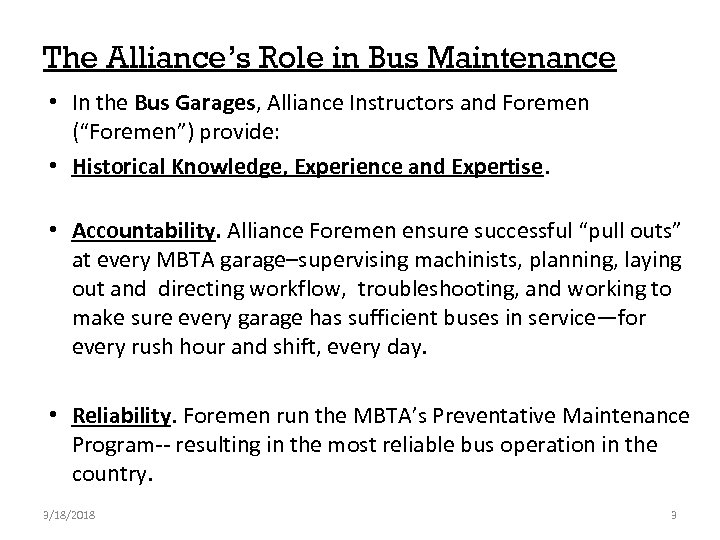 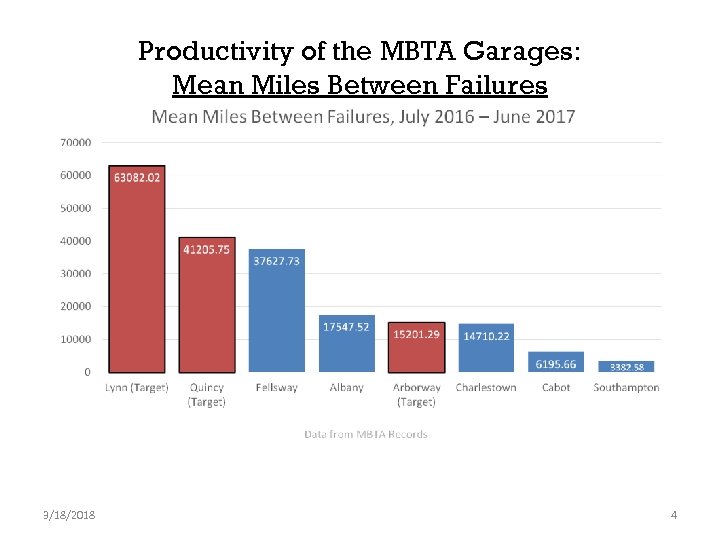 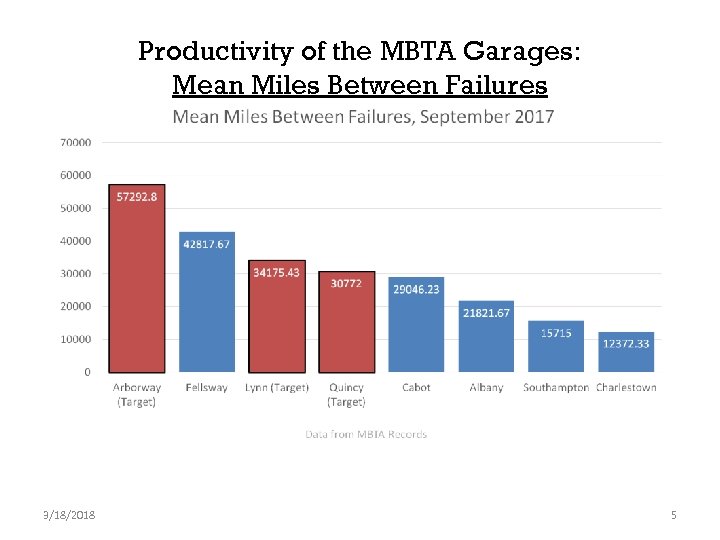 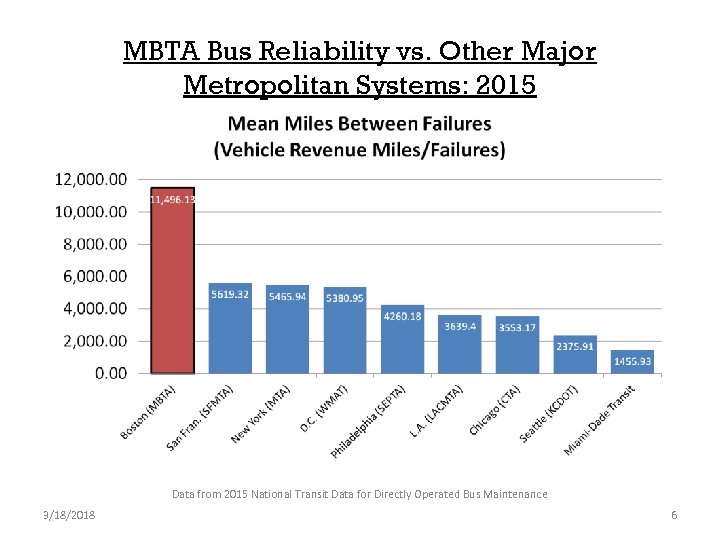 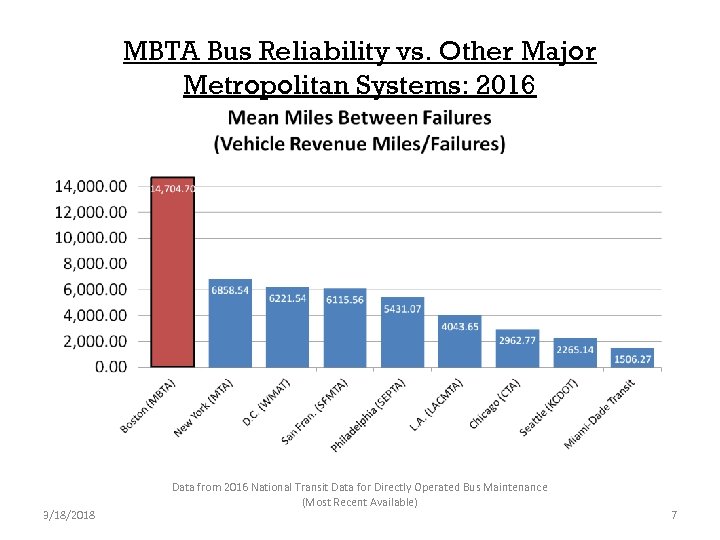 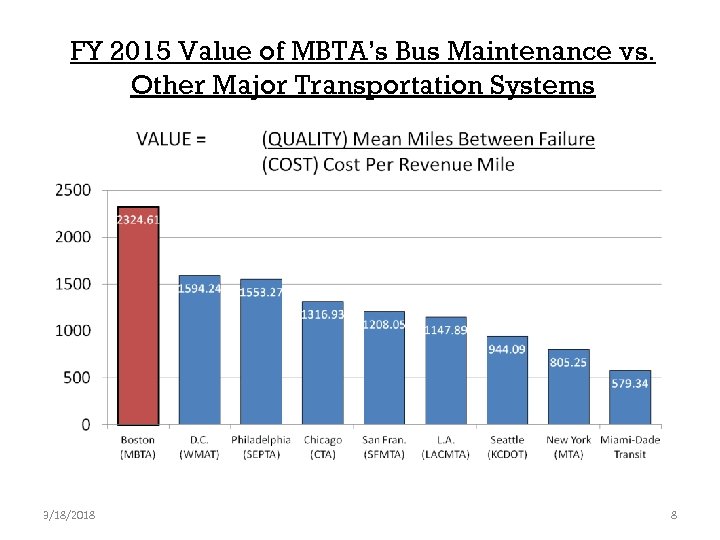 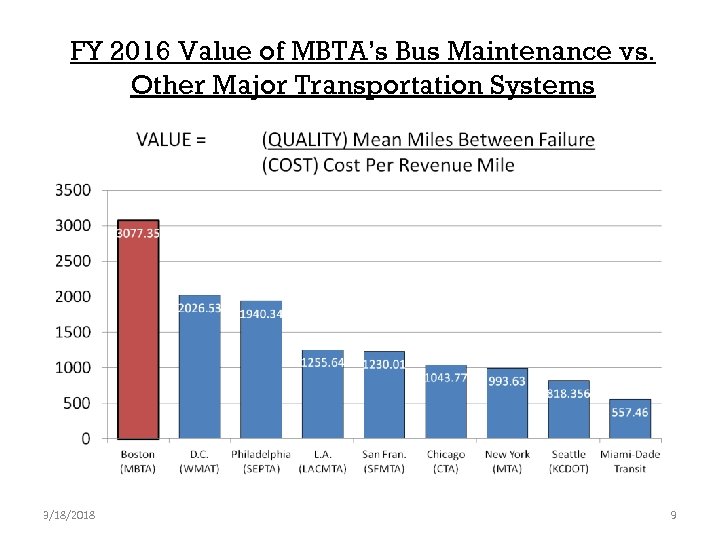 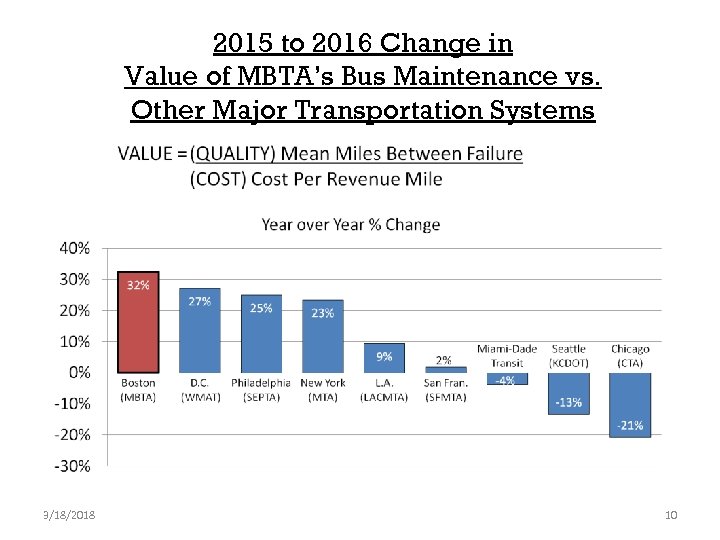 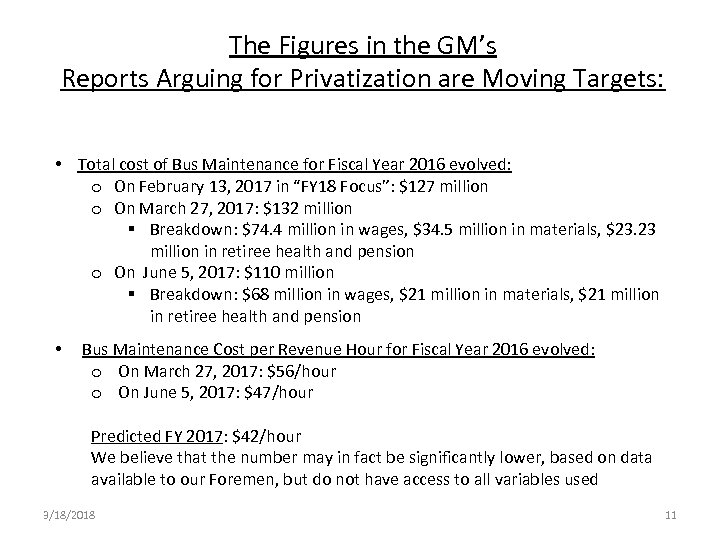 The Alliance of the MBTA Unions • The Alliance represents responsible front line and foreperson positions all across the MBTA: trades, bus and train operations and maintenance foremen, train starters, instructors/accident investigators, dispatchers, inspectors • We have large workforces in: • Bus and Train Operations and Maintenance • Engineering and Maintenance (e. g. , construction, maintenance of way) • 400 responsible positions across the MBTA 3/18/2018 2

The Alliance’s Role in Bus Maintenance • In the Bus Garages, Alliance Instructors and Foremen (“Foremen”) provide: • Historical Knowledge, Experience and Expertise. • Accountability. Alliance Foremen ensure successful “pull outs” at every MBTA garage–supervising machinists, planning, laying out and directing workflow, troubleshooting, and working to make sure every garage has sufficient buses in service—for every rush hour and shift, every day. • Reliability. Foremen run the MBTA’s Preventative Maintenance Program-- resulting in the most reliable bus operation in the country. 3/18/2018 3

Productivity of the MBTA Garages: Mean Miles Between Failures 3/18/2018 4

Productivity of the MBTA Garages: Mean Miles Between Failures 3/18/2018 5

Cabot Shows that Greater Efficiency and Cost Savings Can Be Achieved with In-House Maintenance: • Internal changes have substantially lowered costs and improved efficiency at the Cabot Garage since April 1 st of this Year without Privatization: o The weekly cost of overtime went from ~$17, 000. 00 to ~$6000. 00/week between March and June, despite a significantly lower headcount. o Running backlog of preventative maintenance inspections has dropped from 30 -40 buses to 3 -5 buses o Mean Miles Between Failures increased at Cabot from ~6000 to ~11, 000 after April 2017, and has improved considerably between June-September 2017 All this happened while four construction projects have been ongoing, including one that shut down half the Cabot Yard 3/18/2018 o 12